Stefaan drove us into town this morning for breakfast to say farewell to Terry and Jessica. I’ve been riding with Terry most of the way since the end of Virginia so its going to be strange riding without him now, but as with Joe and Cooper he’s been an unbelievable companion.

Me and Wim were planning on staying with Stefaan once getting to Portland, Siemen really didn’t want to ride there because he was short on time and wanted to spend more time with his friends. Stefaan was driving a a convertible with no room for a bike so Siemen decided to ride with us until he could hitch a ride.

We knew going north up the pacific would mean strong headwinds and they were tough but the new coastal views were enough to keep me occupied. Everybody raves about the Big Sur coastline in California (I saw that one by car) which is great but the Oregon coast is just as rugged and beautiful. 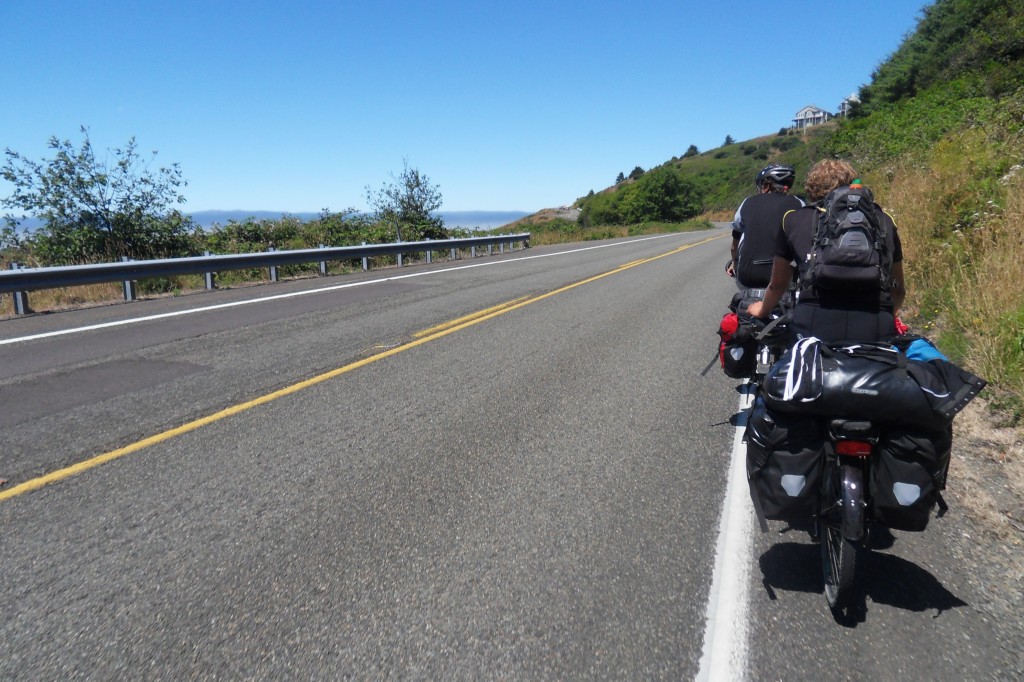 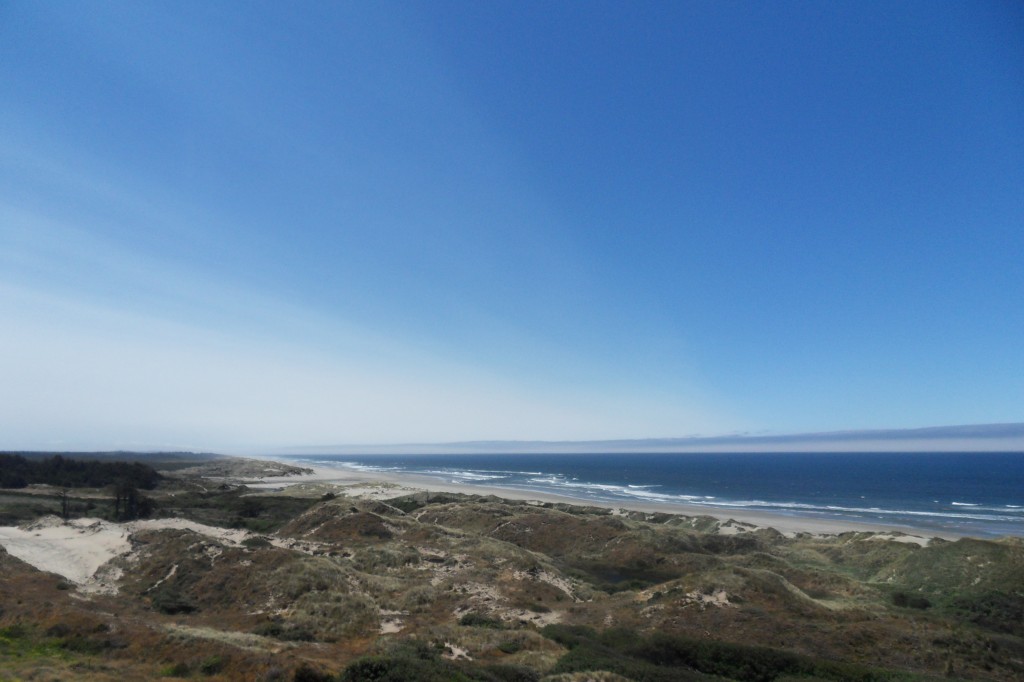 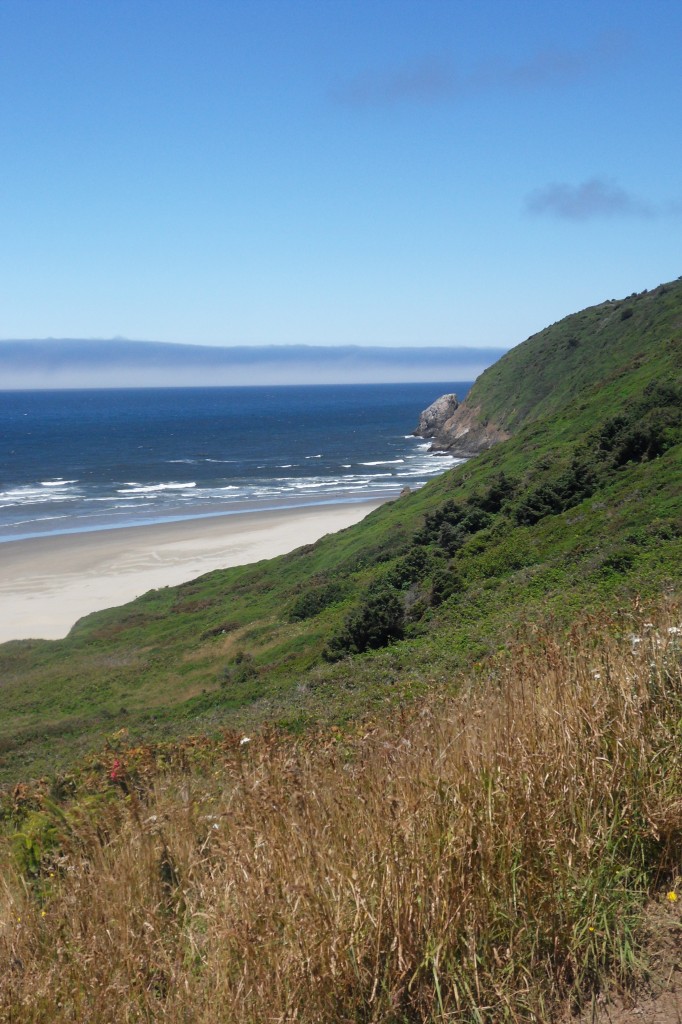 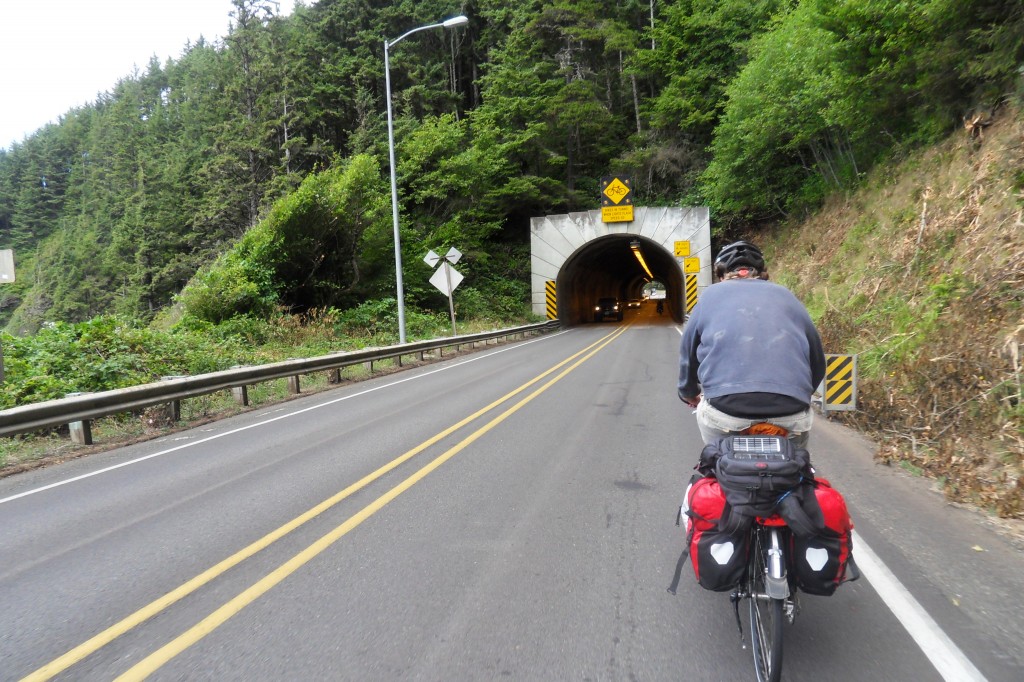 Siemen wasn’t having much luck trying to hitch a ride so decided he needed a sign attached to his bike to help the cause. “I need a ride to Portland” to the point, but me and Wim were sceptical I had already told him he is riding all the way with us whether he likes it or not. At one point a car was pulled over in the shoulder up ahead, just as we got close to it though they pulled away, funny. 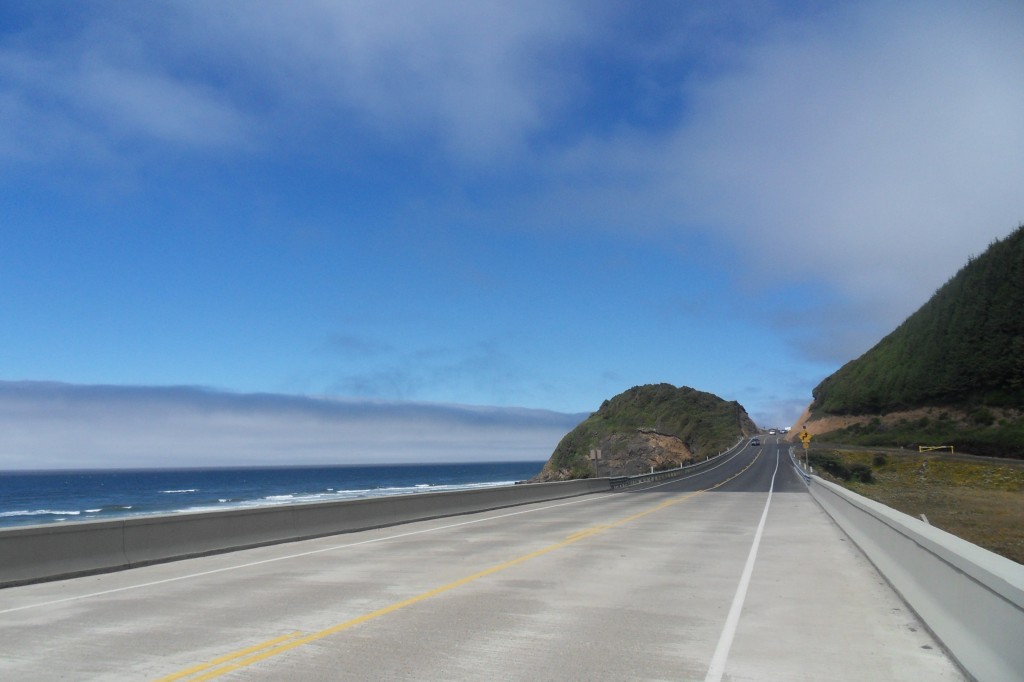 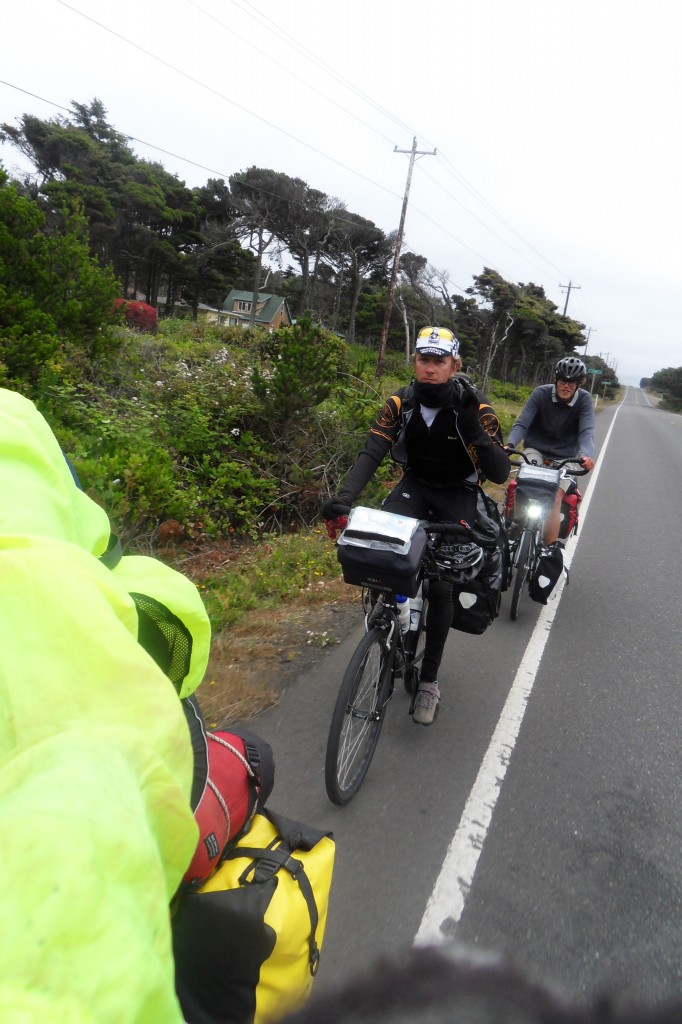 A fog descended over the road by the afternoon which made things chilly. I didn’t mind though, I found it refreshing to have a running nose again just like riding around Newcastle in the cold. We arrived at the South Beach state park which was advertised as FULL on the sign but we knew they had special sites for bikers available which they did. The hot shower felt even better after the cold riding and I stood under the thing for about 15 minutes. Its going to take another two days to get to Portland, we took it easy today and split the mileage over 3 days rather than take a rest day in Florence which we had talked about doing. 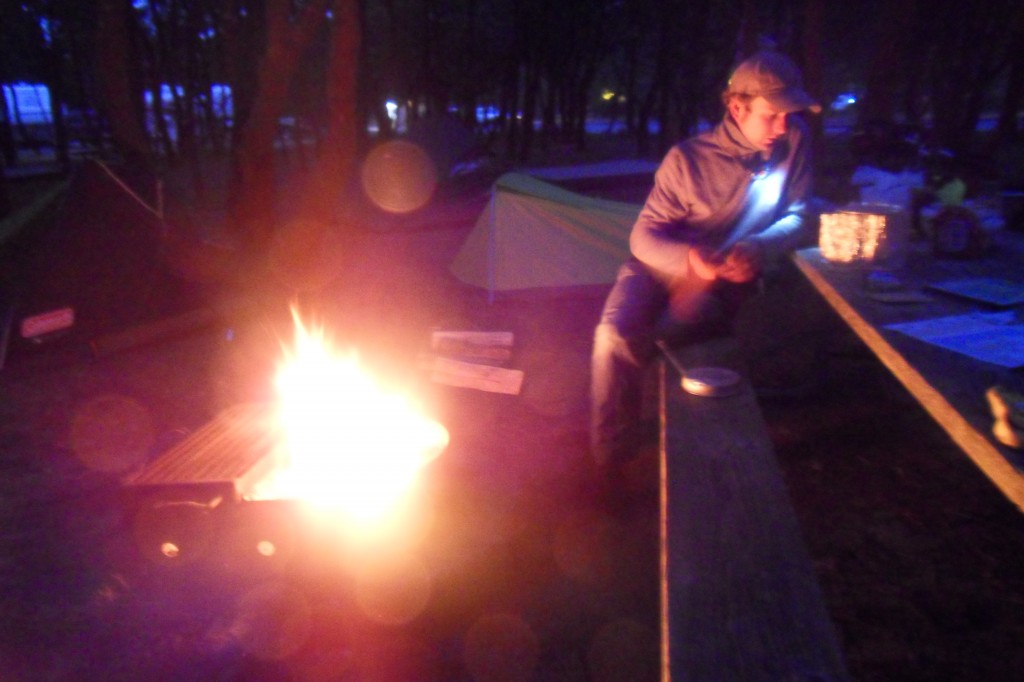