Another chilly morning by the coast saw us pass through the towns of Newport and Waldport before we started turning inland in the direction of Portland, we have become east-bounders. At the aptly named Cape Foulweather we stopped in the visitor centre, drinks were limited. Siemen recommended the V8, a vegetable drink. I have had the fruit V8’s before which are nice but this thing nearly made me throw up after one sip.  It was basically cheap & nasty tasting cold vegetable soup in a can. I asked the women behind the counter where the toilet was. “We don’t have one.” she said, so I pondered the fact she turns up to work and doesn’t need the toilet all day? I bet there was one out back. 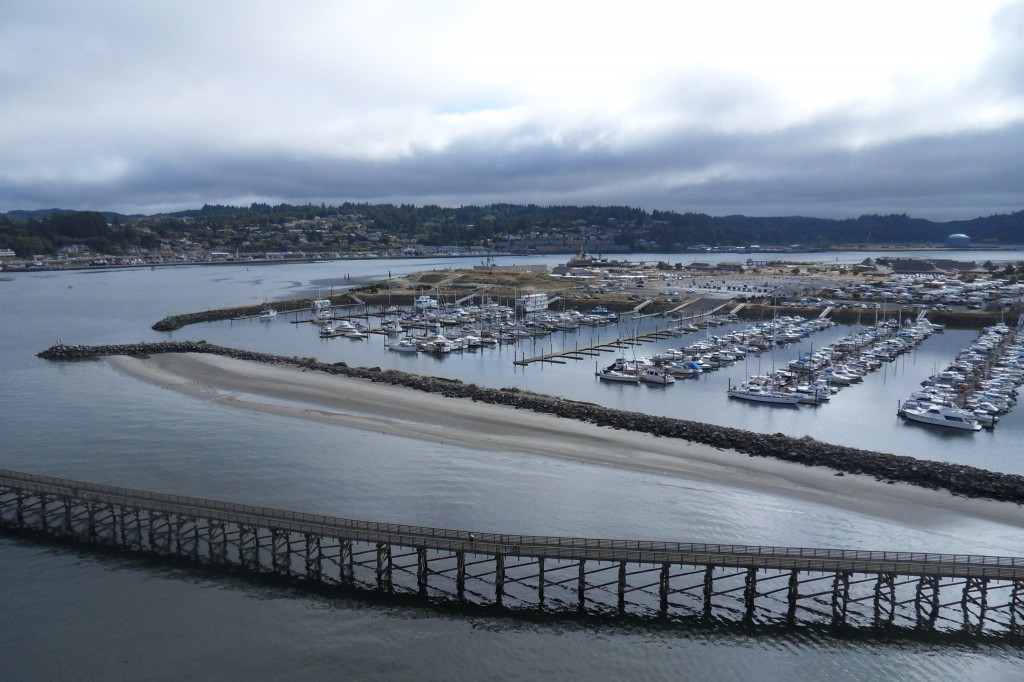 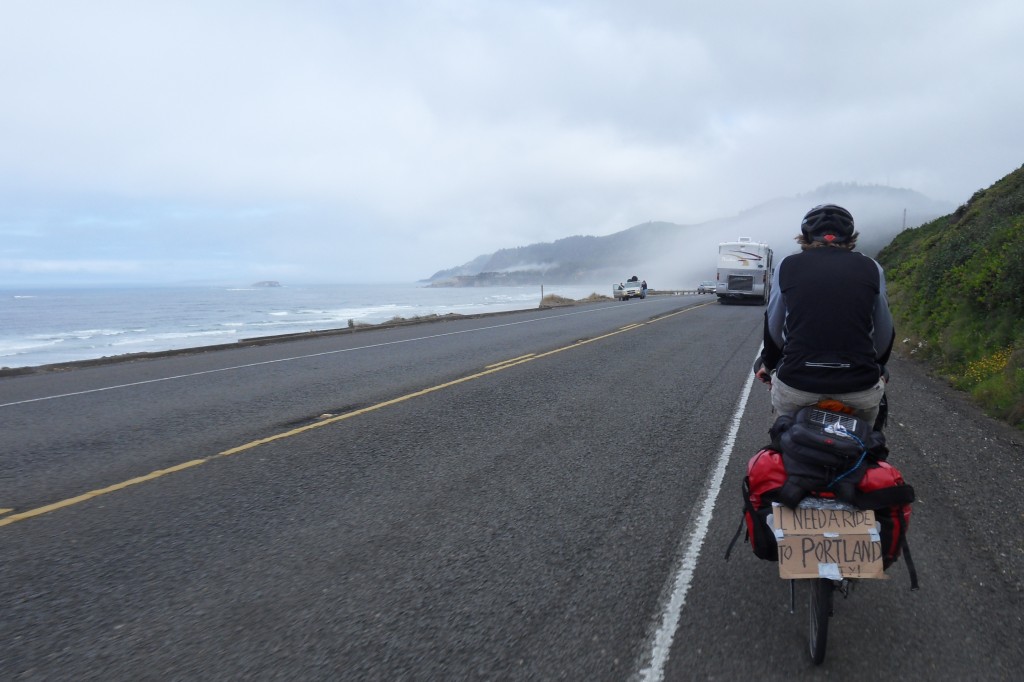 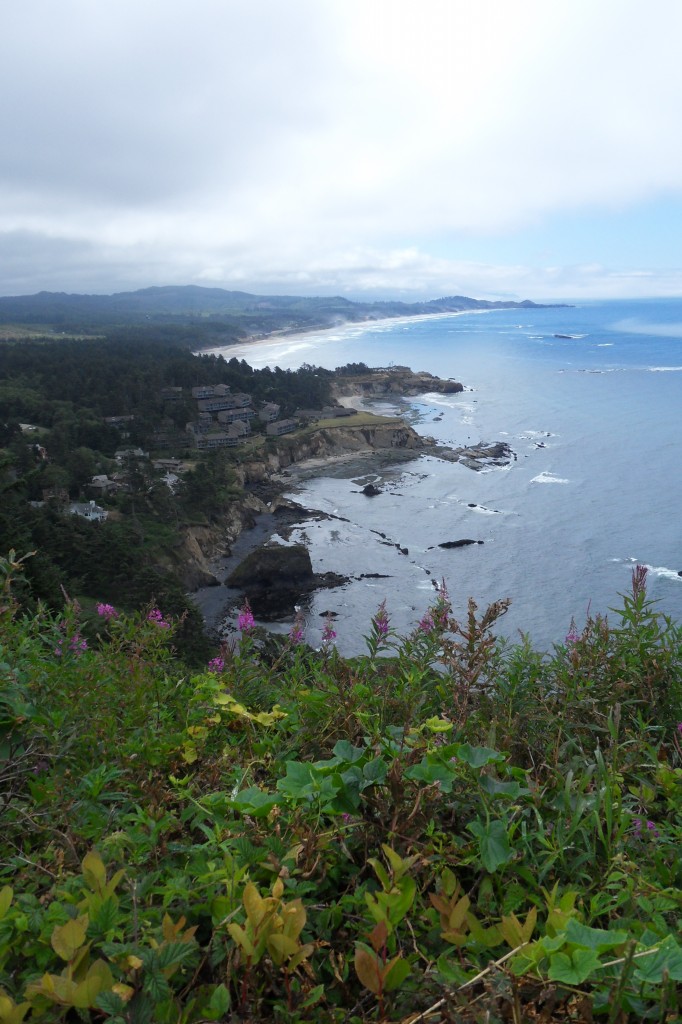 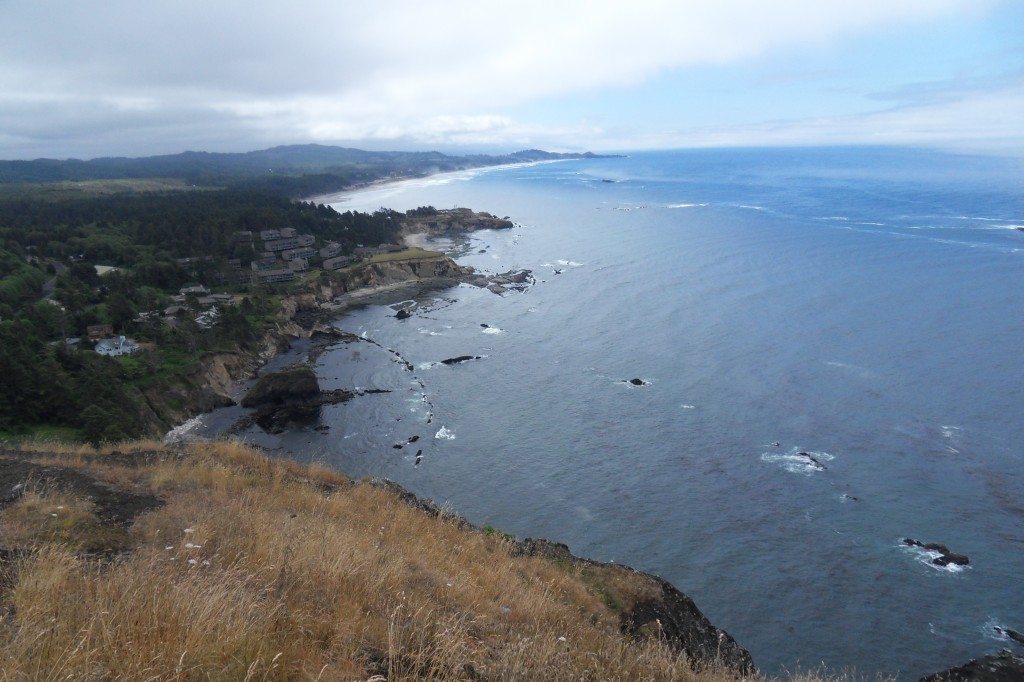 Somewhere along highway 18 as I have Japandroids blasting in the iPod I see another cyclist coming the other way so we exchange the usual cyclist wave gesture when something clicks in my head, STU! We both stop and spin around knowing immediatley who the other is.

Stuart Woolger, also from England, emailed me before the trip and we have commented on each others blogs several times. He started the TransAm ahead of me and I thought the chance of a meeting had passed a few days ago when we put in some big mileage and missed him somewhere along the route. It turned out he wasn’t doing the alternate Florence route to the coast but was heading up to Astoria which explained him being on this road, now about 20 miles from the sea. We exchanged a few stories then headed opposite ways.

For the rest of the day we enjoyed a nice tailwind all the way to Mcminnville where Siemen was finally starting to concede that he would ride the whole way to Portland with us. Me and Wim split a motel room for the night and allowed Siemen “The Budget” Jansma to stay for the nominal fee of $3. 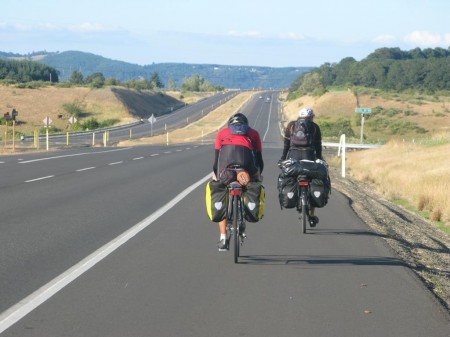