I went out into an empty downtown Redmond alone this morning in search of breakfast. I managed to find one place that opened at 7am for a breakfast burrito, they had some Led Zeppelin playing too, cashback!

Once on the road we headed to the town of Sisters where Siemen had went to last night, there are actually three sisters in Sisters named after the 3 mountain peaks viewable from town. They grew taller with each pedal and were pretty stunning coupled with distant views of mount Washington on the other side of the road. 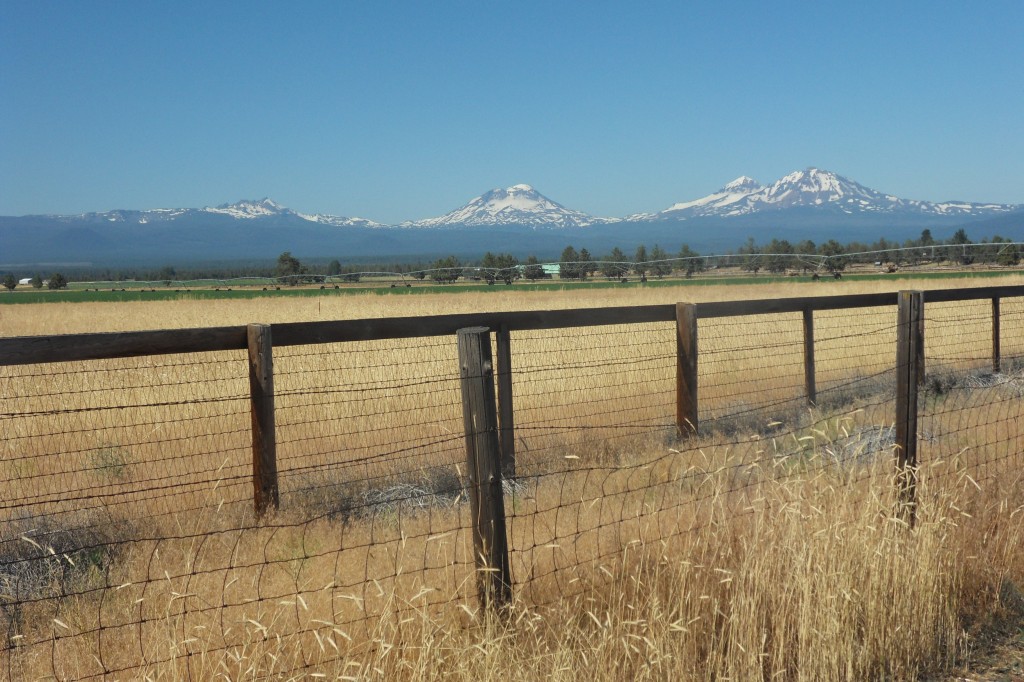 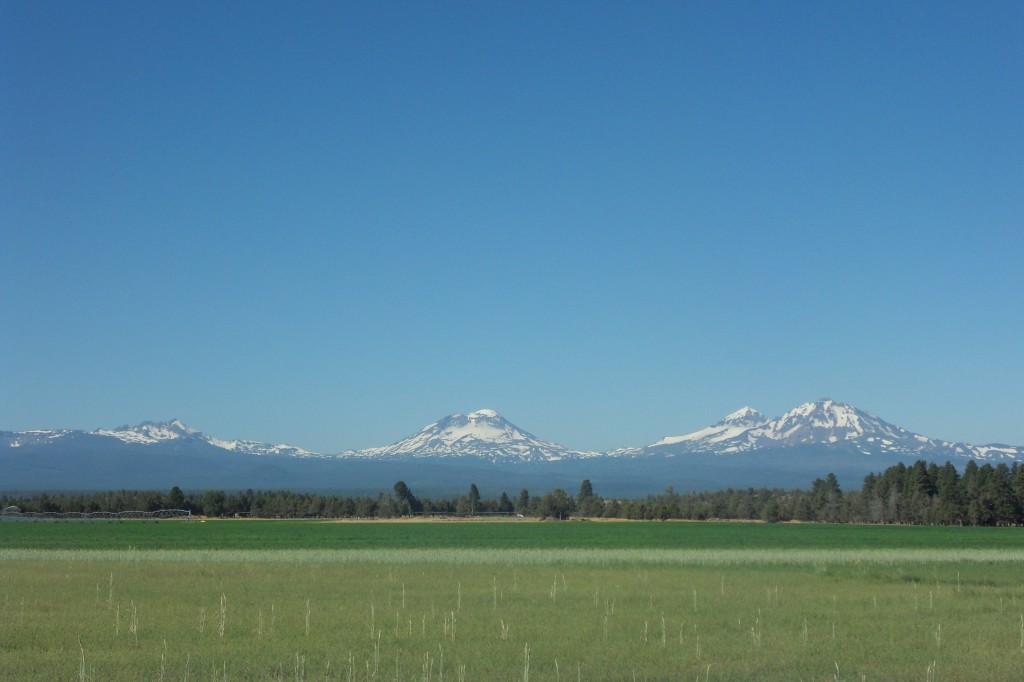 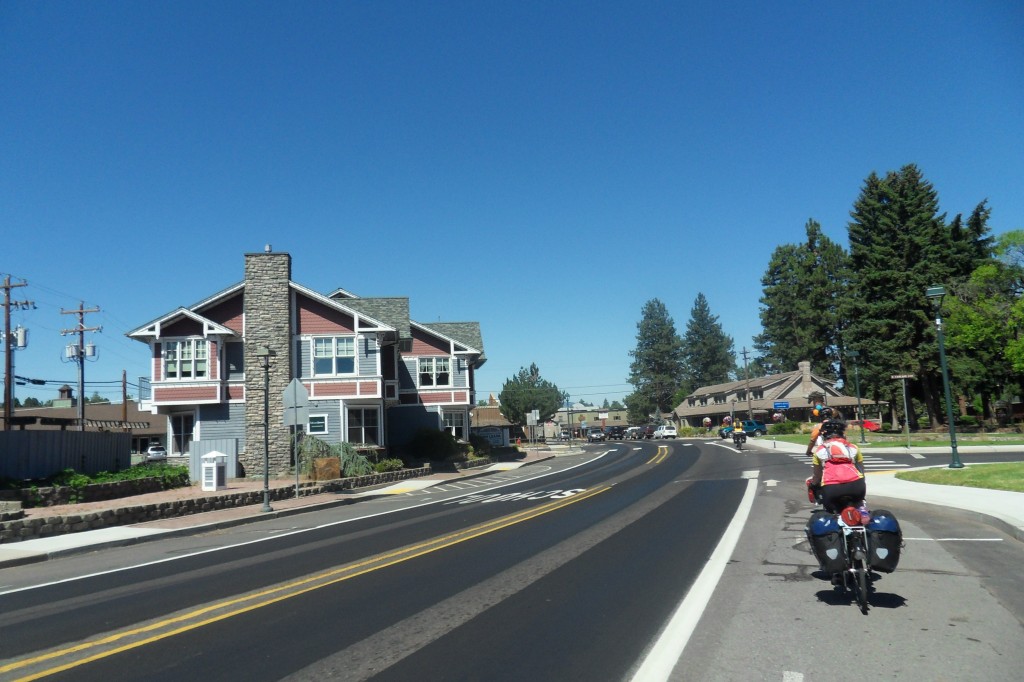 After passing through Sisters we began to climb Mackenzie Pass, the final major pass of the TransAm. Just at the bottom we caught up with Siemen who was stopped talking to a homeless guy called Paul. He told us some stories about being held at gunpoint and his dog who road with him in the back. When we continued I found the gradual climb a piece of cake, the trees soon turned to old lava flows formed thousands of years ago. 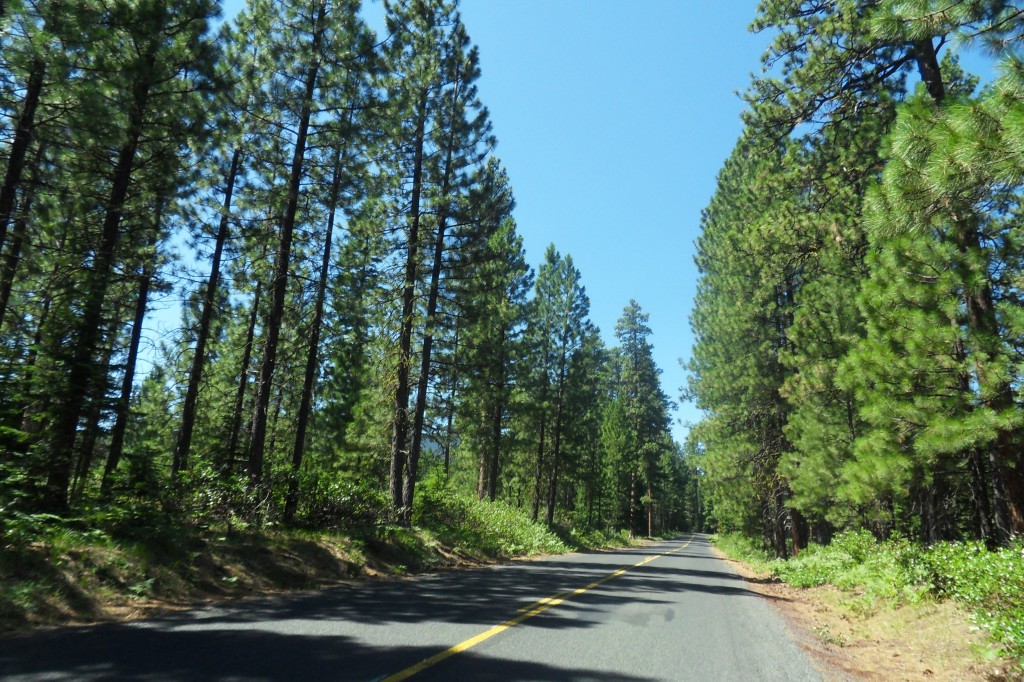 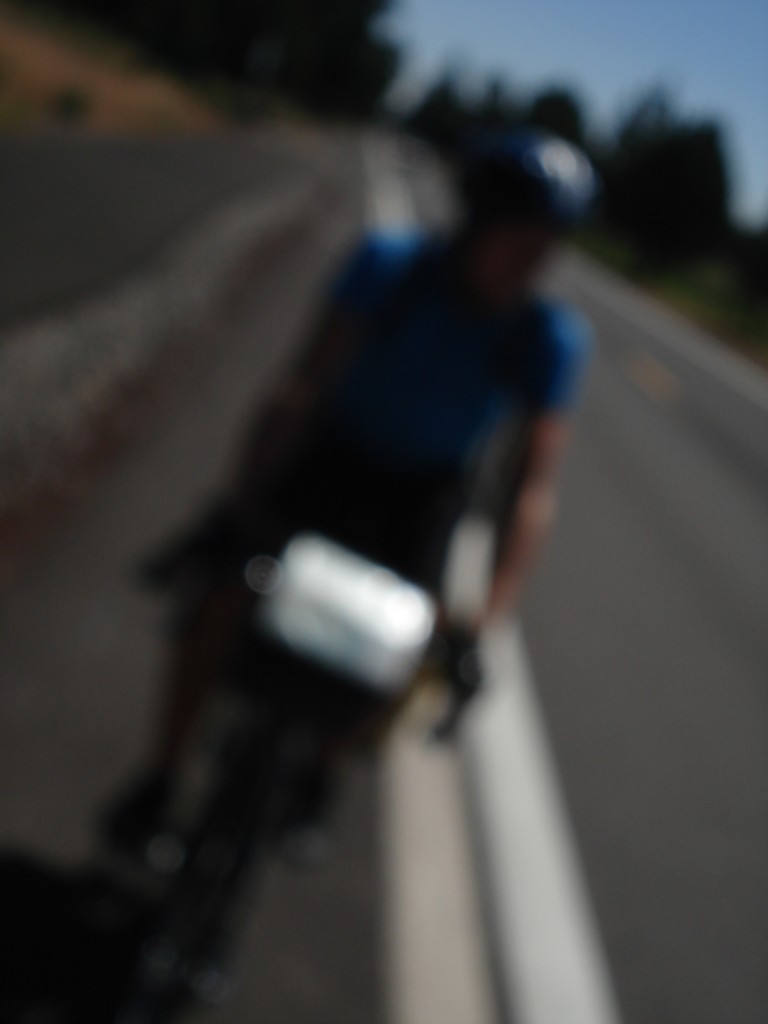 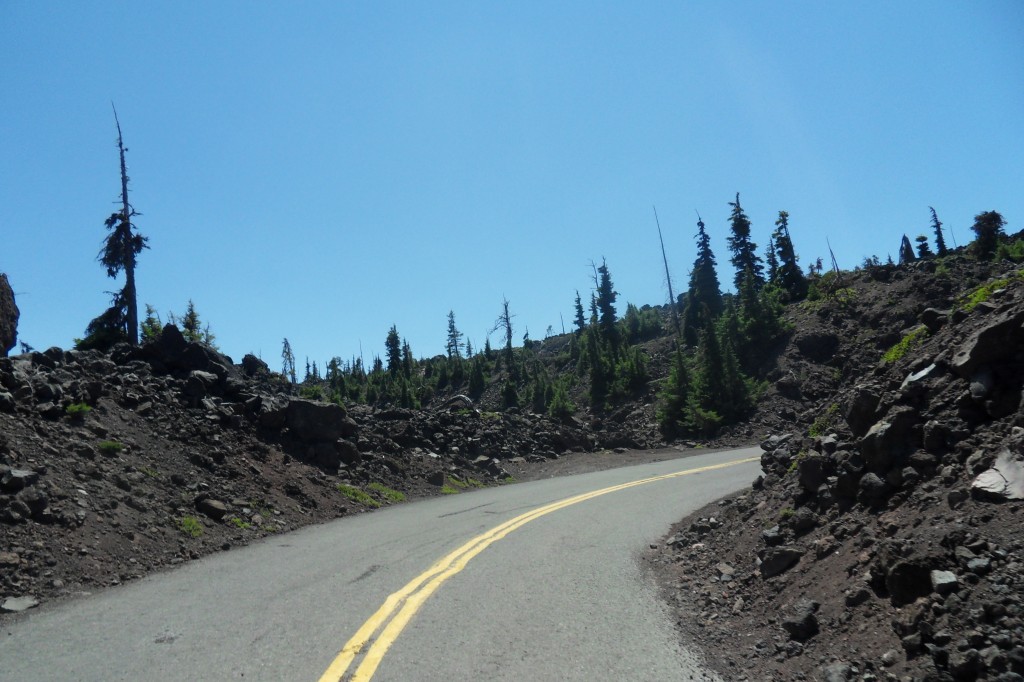 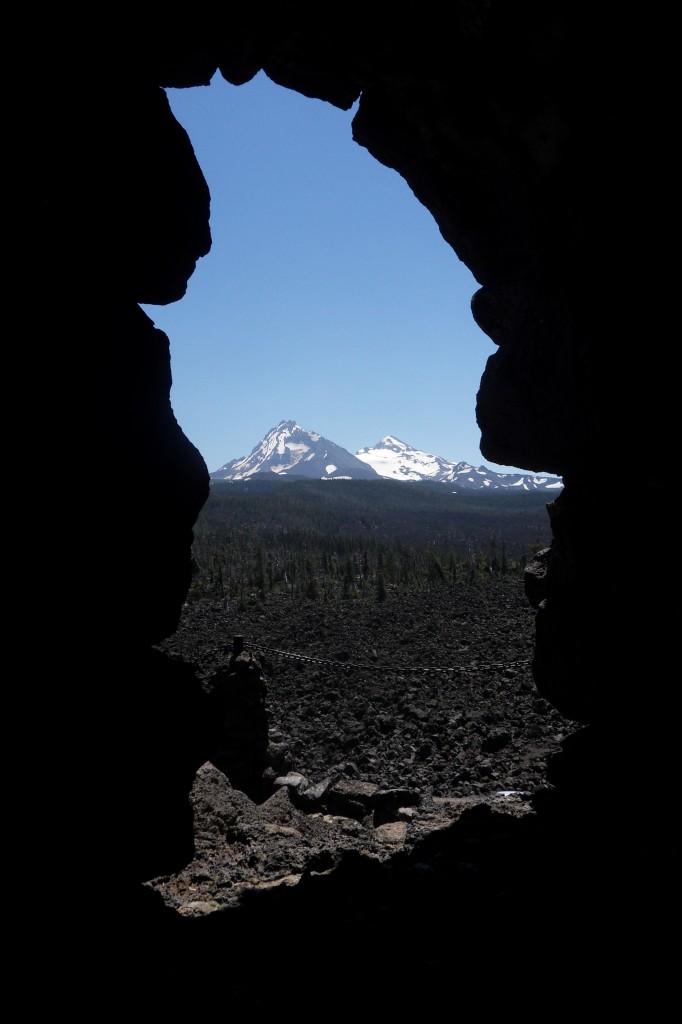 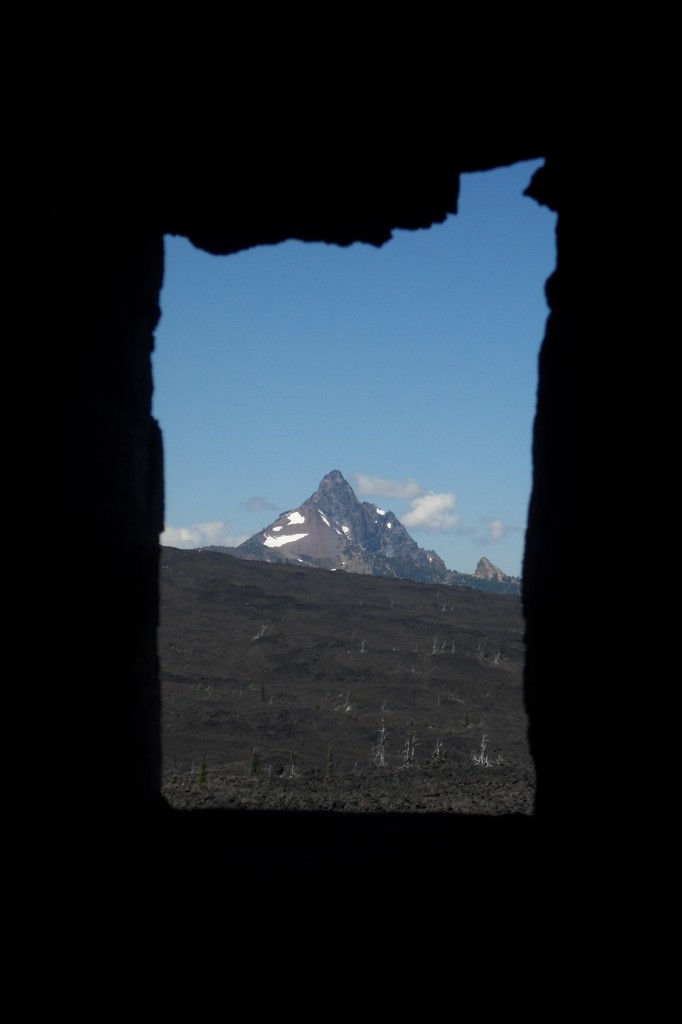 The descent which followed was the biggest of the trip, around 5,000 feet over 30 miles. Me and Wim flew on ahead and I nearly caused us both to crash with a stupid overtake. Not a single car passed us the whole way down, infact with all the switchbacks I’m certain a well manoeuvred bike would beat a car everytime down the mountain. We stopped for lunch at McKenzie Bridge and added up the remaining miles if we were to get to Eugene tonight, it was around 50 having already done 65. We knew we would have to work as a team with a headwind against us so we formed a draft which allowed us to fly through the miles.

I thought about how quickly you could do this route with a bunch of people working all the time like this, some people do it. Many because of time constraints but others because they see the ride as a test of performance. Its not the way I see it, I feel like I have paced myself perfectly seeing and enjoying everything I wanted. 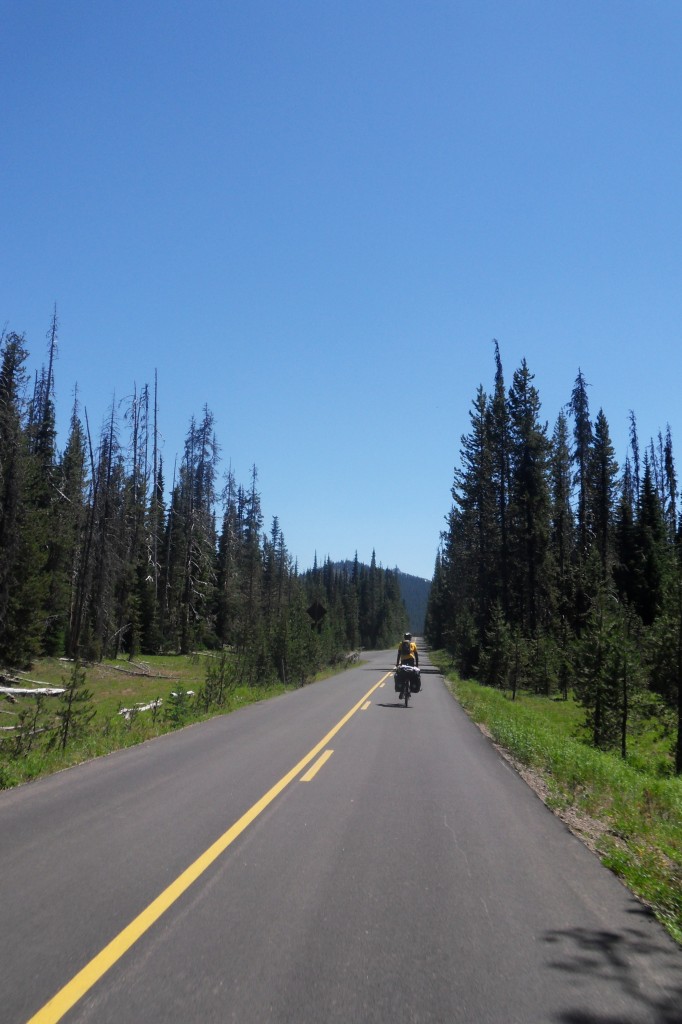 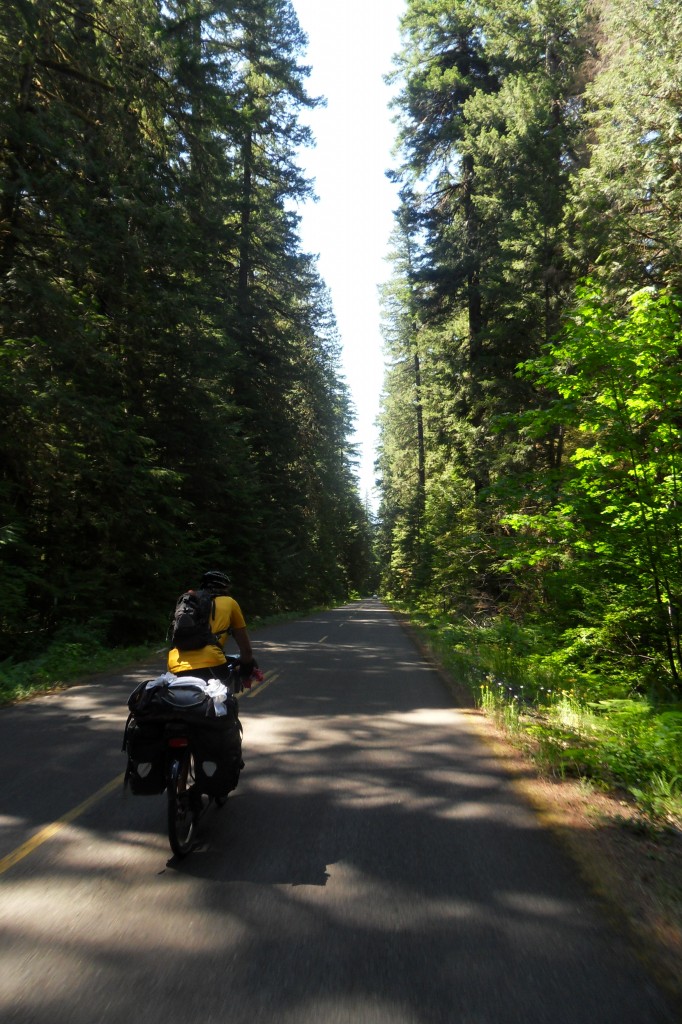 We make Eugene a little before sunset proud of a good days work, my body barely even felt it. I’m in the best (probably the only) shape of my life. After pizza next door to the motel room, which we had split 5-ways, the gang returned to rest up. Tomorrow its the coast, living on an island like Britain its been mentally challenging to be landlocked for over 2 months, seeing the Pacific is going to be great. 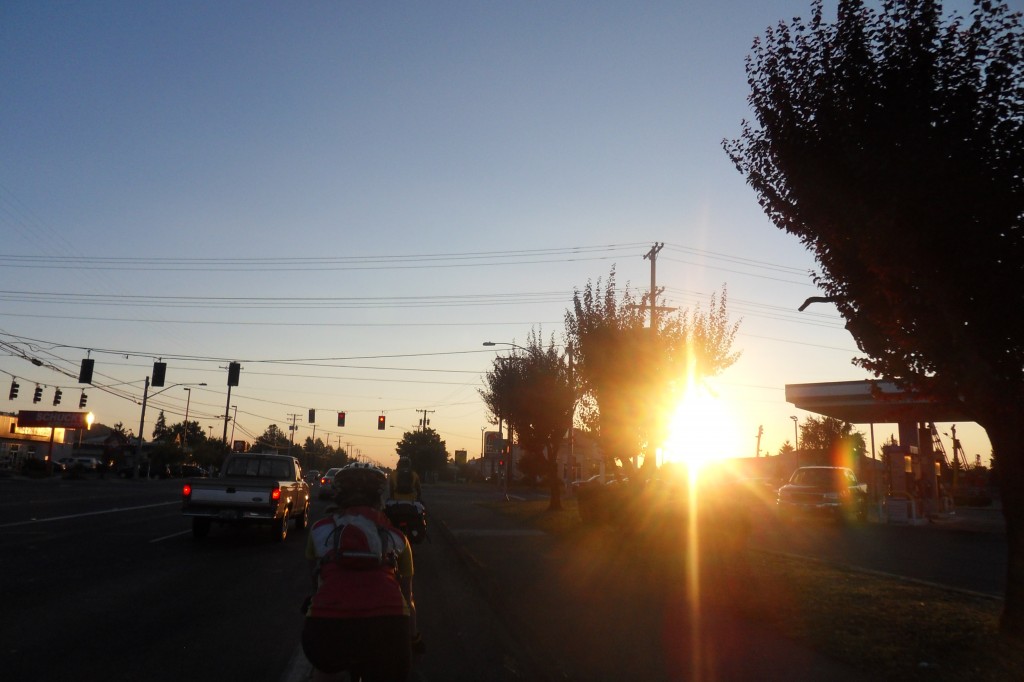 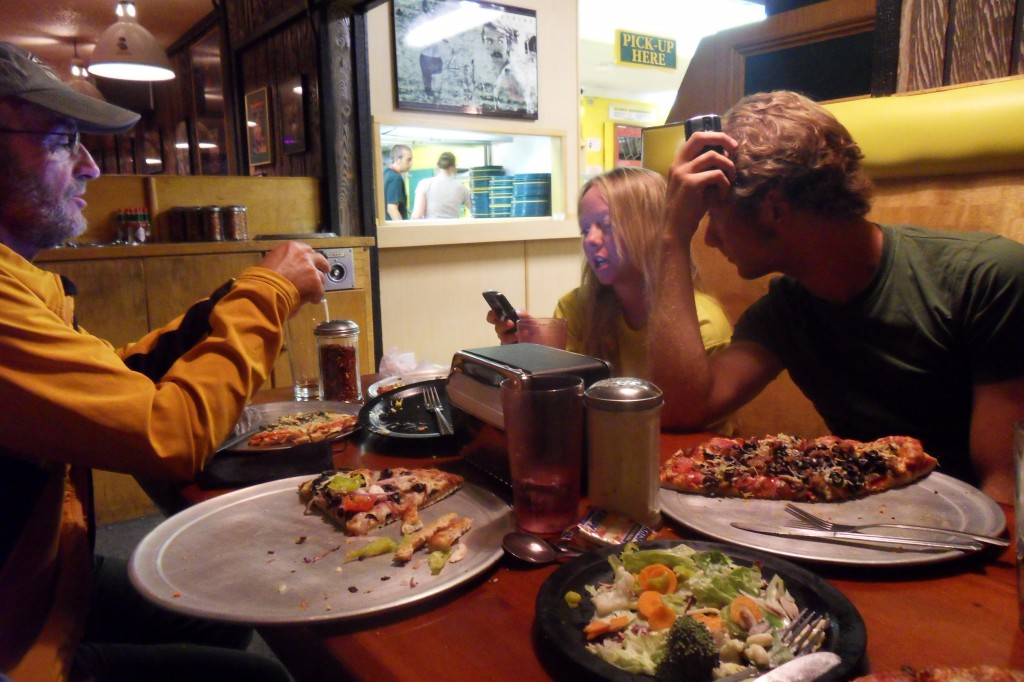 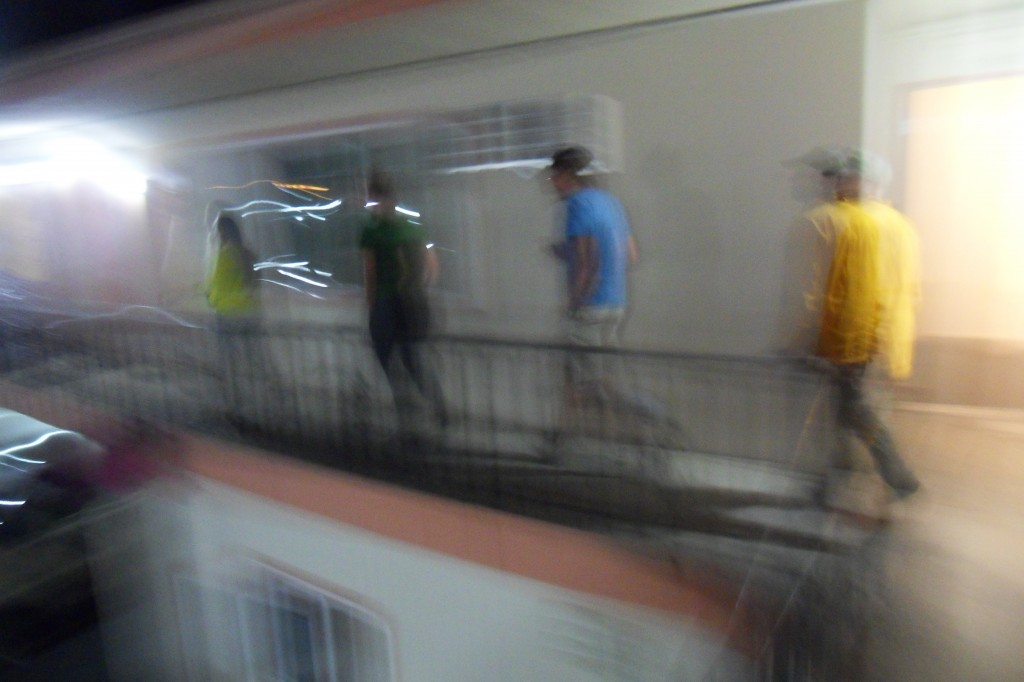