Day 71: Its Called A Rideover

Some of us woke with sore heads this morning, Jessica was hungover but I had just slept head on concrete after my inflatable pillow was punctured. We road just out of town to the only place to get breakfast. One woman was running the show and was getting so stressed with the amount of people to serve (about eight people) she told us to inform other cyclist they cannot get breakfast there because she can’t cope. She then rambled about how the government punishes you too much for earning more which is why she didn’t want to work any harder than she had too.

Once on the road we made our way through fossil beds and canyons, Oregon seems to have every landscape rolled into one state, similar to California.  One large climb was the order of the day as usual so I hooked up some Simon & Garfunkel happily spinning away up the mountain. I got excited at one stage thinking I had seen a bear for sure. I pulled over when a black creature with legs meandered through the trees, then I caught a full glimpse, it was a cow. 🙁 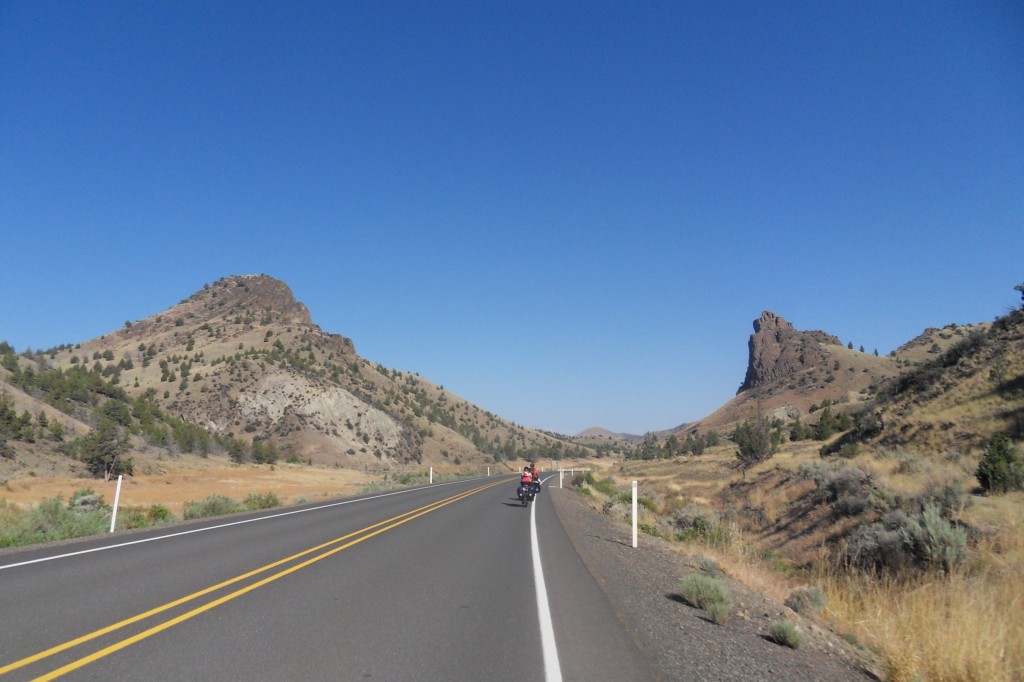 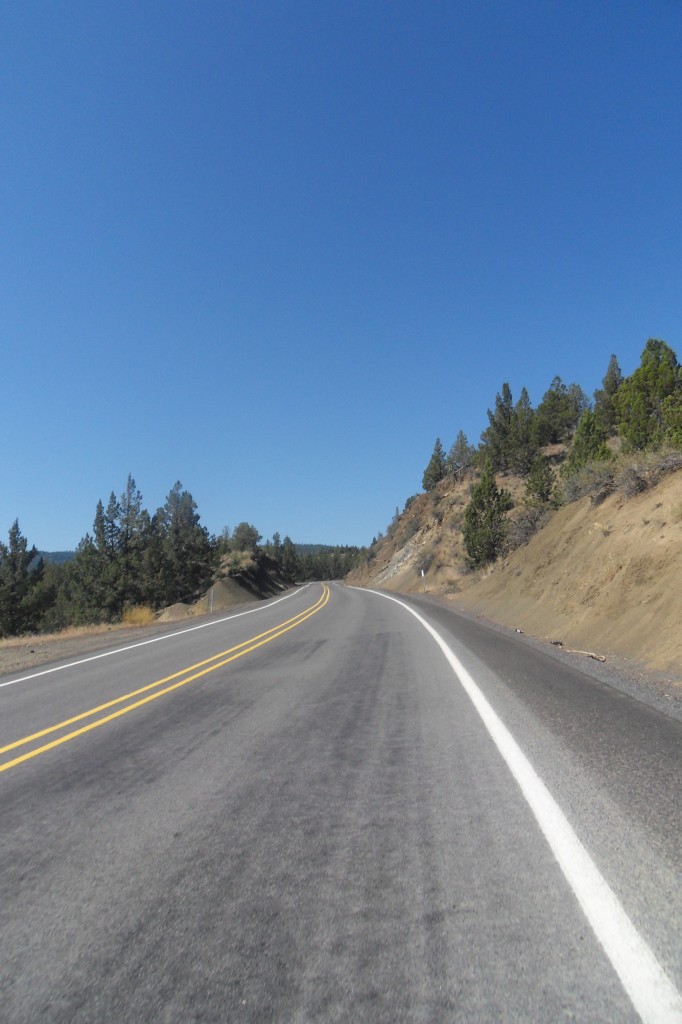 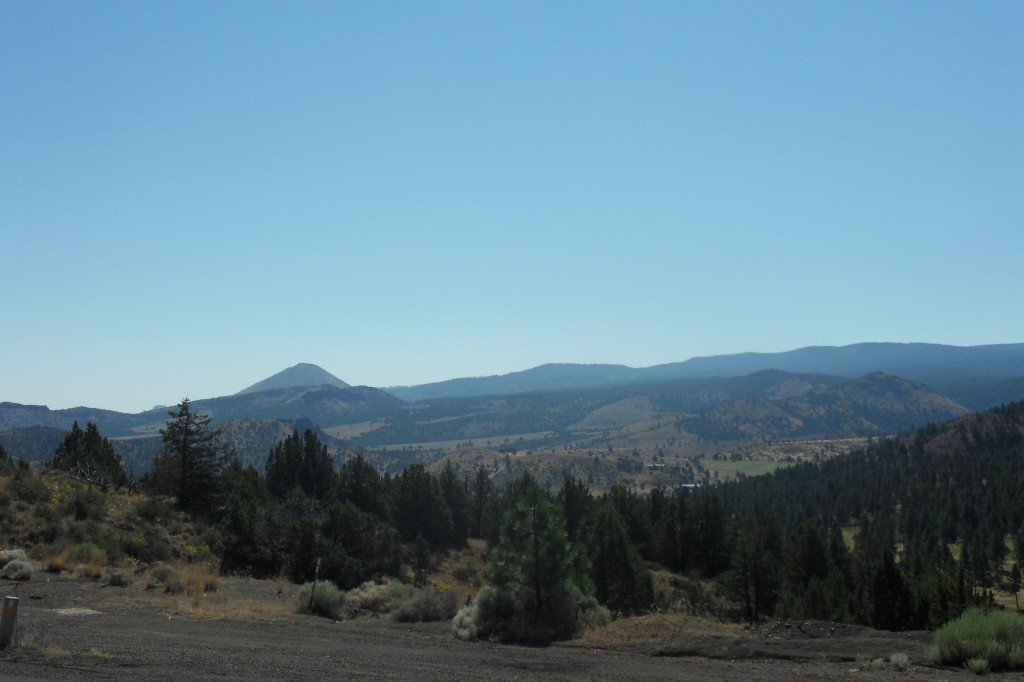 After a descent back down into the valley we stopped for an all-you-can-eat salad and soup bar. A few bowls later I was feeling refreshed and ready to ride the others were maybe still recuperating from last nights free wine, a 40 mile haul to Sisters seemed pretty big for Terry too who wanted to spend some time in the library so me, Wim and Jessica headed towards Redmond. Riding with a hangover, a ‘Rideover’ was the phrase I coined. Siemen had decided he was definitely going to Sisters today so pressed on ahead of us as storm clouds came in and lightning crack the mountain sides in the distance. 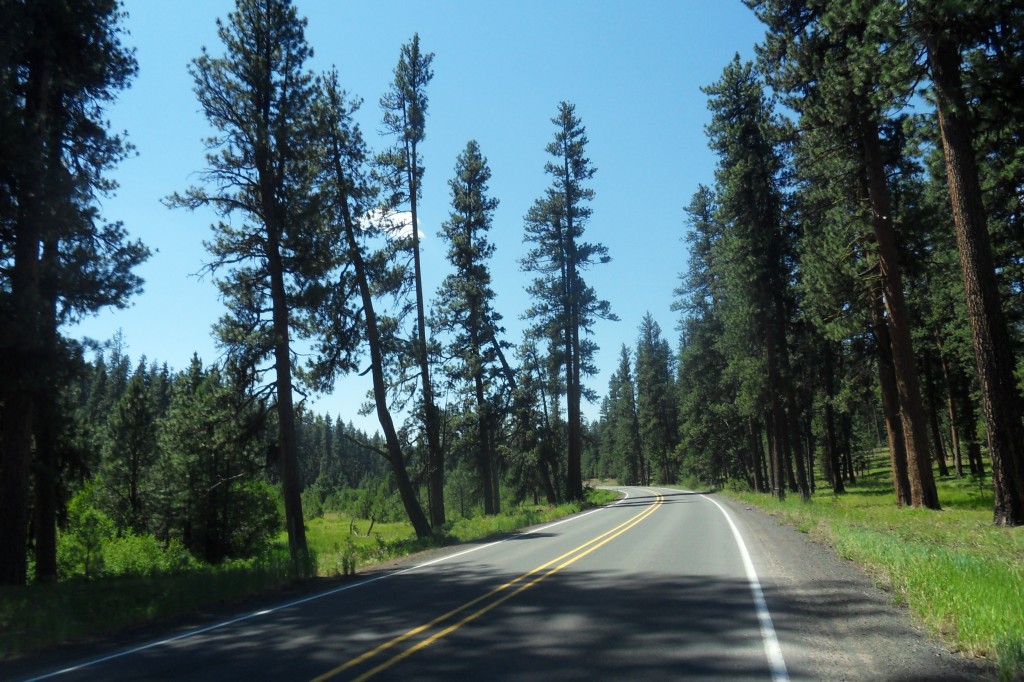 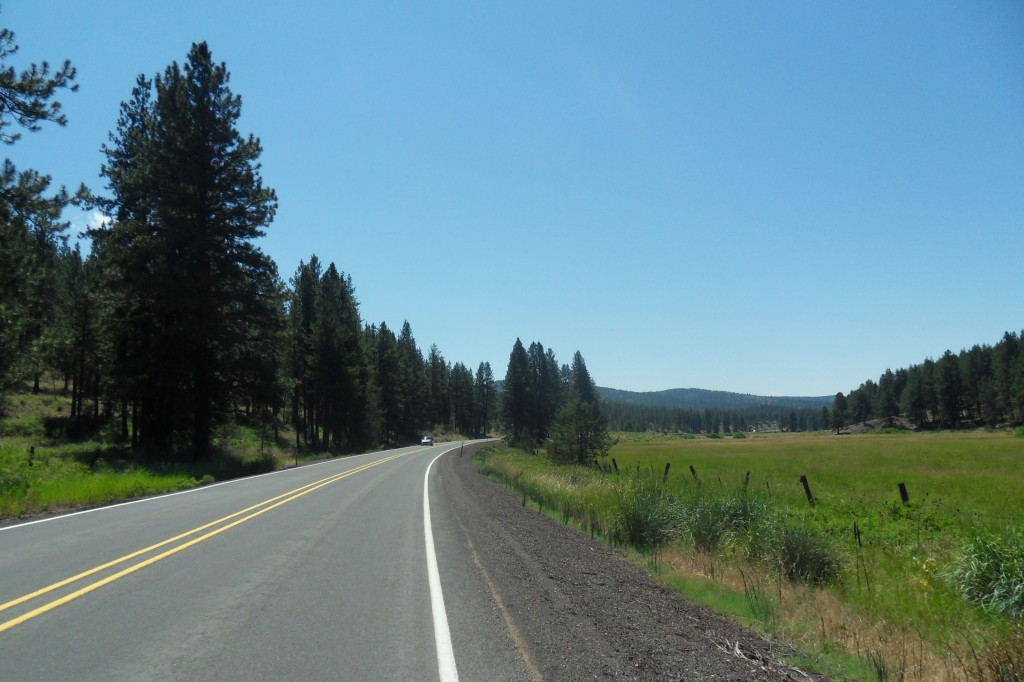 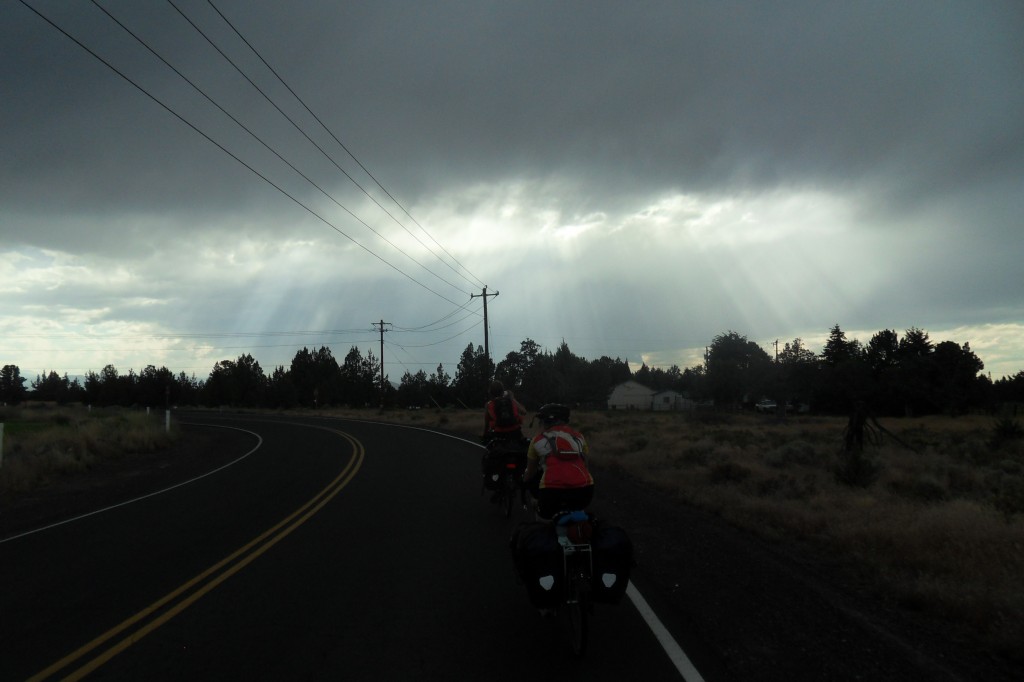 We got a room at the Village Squire Inn, a pretty shabby motel but we didn’t feel like hunting around town. After Terry caught up we went to do laundry then grabbed some dinner whilst discussing tomorrows ride. There is no rush to get to the coast as we all have plenty of time but its so tangibly close now we are all getting restless. Therefore we hatched a plan to make it the day after tomorrow meaning a 115 mile day to Eugene  and then an 85 mile day to the coast rather than splitting the ride up over 3 days. 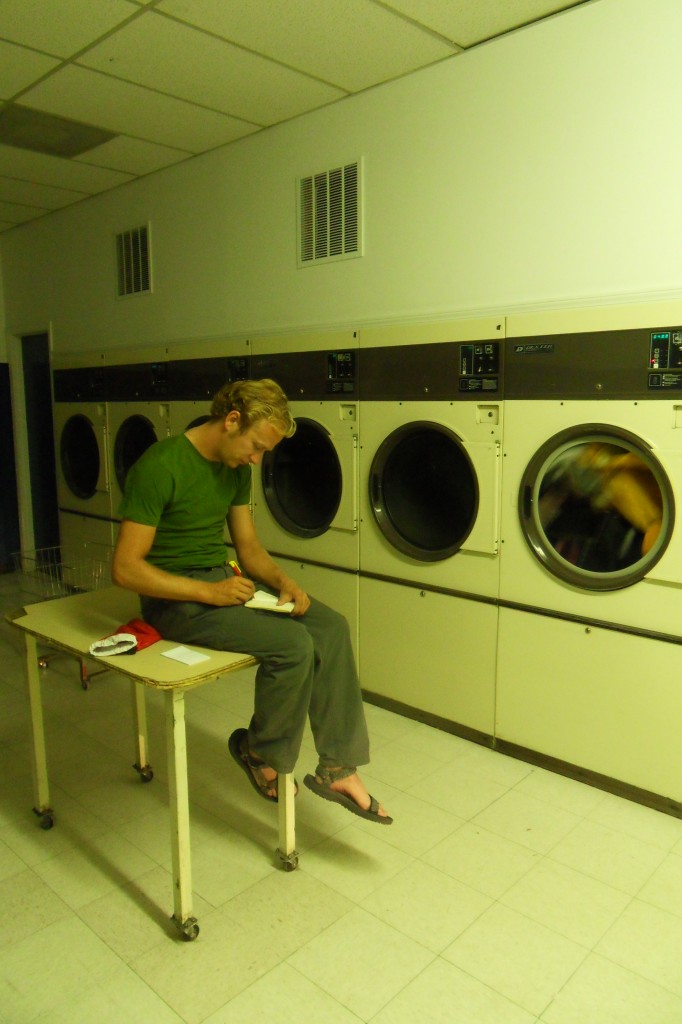