I enjoyed possibly the best biscuits and gravy ever this morning before setting out with Siemen. The profile for today’s map sections showed three distinct passes one after another and we soon caught up with Terry stretching before the first one began. Rain looked a certain so I pulled out the waterproofs ready which inevitably meant it didn’t rain once. 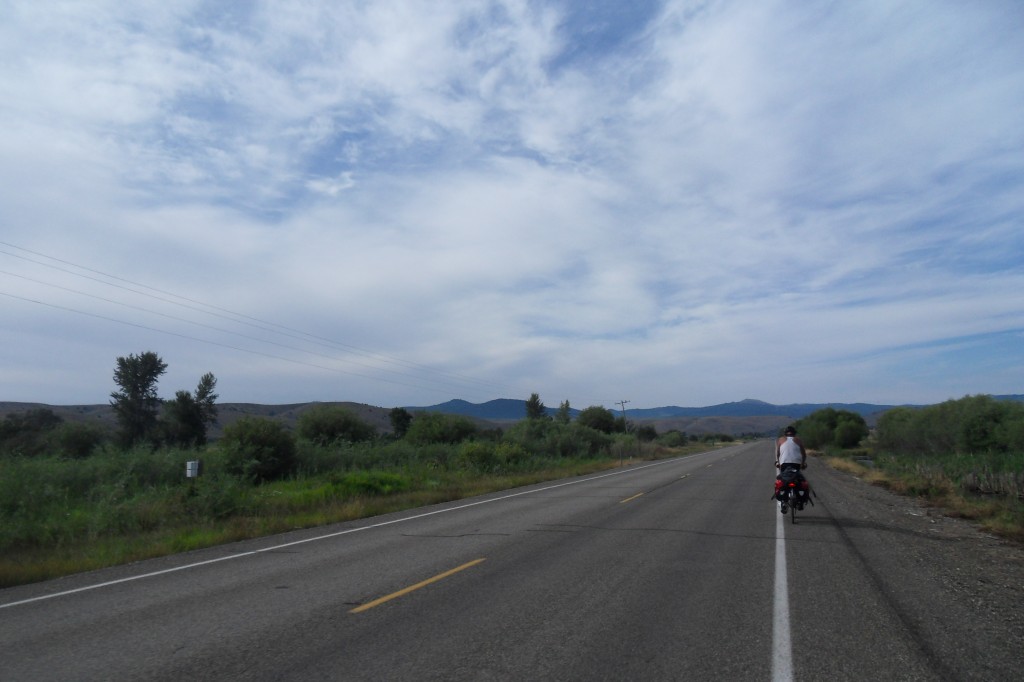 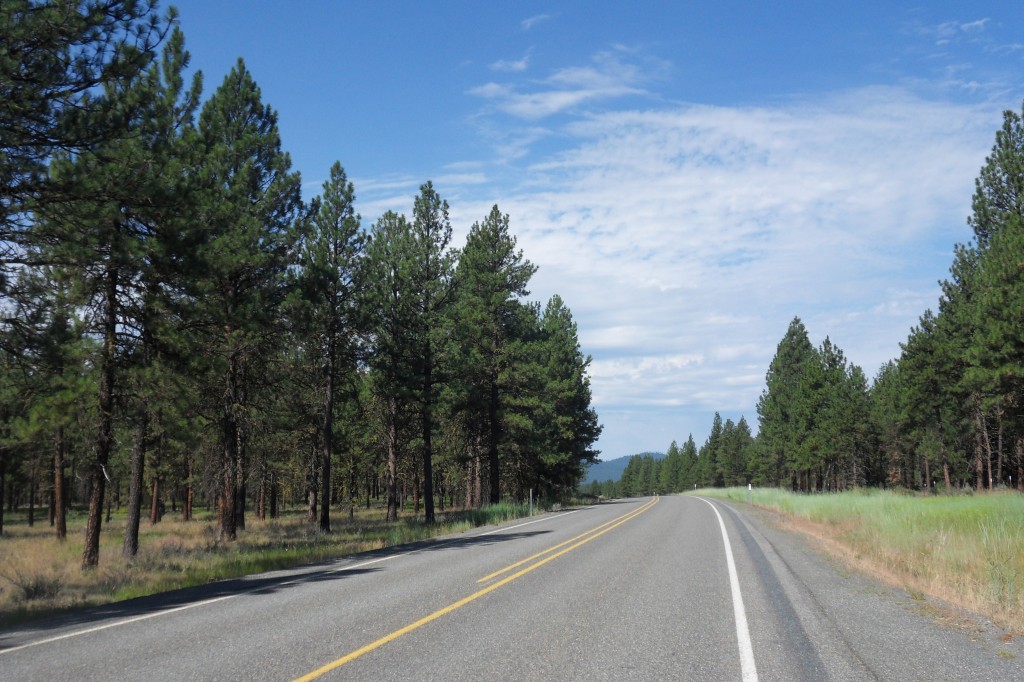 The 3 climbs looked almost identical with the final one looking a little more gradual so after cruising up the first I was feeling great about the rest of the day. The second pass came and went and we pulled into the only store on the route for the first half of the day to find it is closed on Tuesdays and Wednesdays. Like most of these places they had ‘OPEN’ painted on one of the boards outside which means the place is technically never closed.

Siemen provided further humour by devouring his bread an jam before insisting on setting out, he didn’t want to waste time sitting as he would lose more calories doing so and might not make it over the final climb. It was funny, he is probably the strongest rider out of all of us but was worried about losing a few calories taking a break. He set out as the rain did finally start to pour. Me and Terry were happy to wait around a little, so I pulled out my emergency supply of trail mix and Terry had a spare onion bagel for me. After feeling great completing 2 out of 3 climbs the day had turned glum, when suddenly blue sky appears from nowhere and the rain was gone. Jessica caught up just as we were about to set out in the now glorious day. 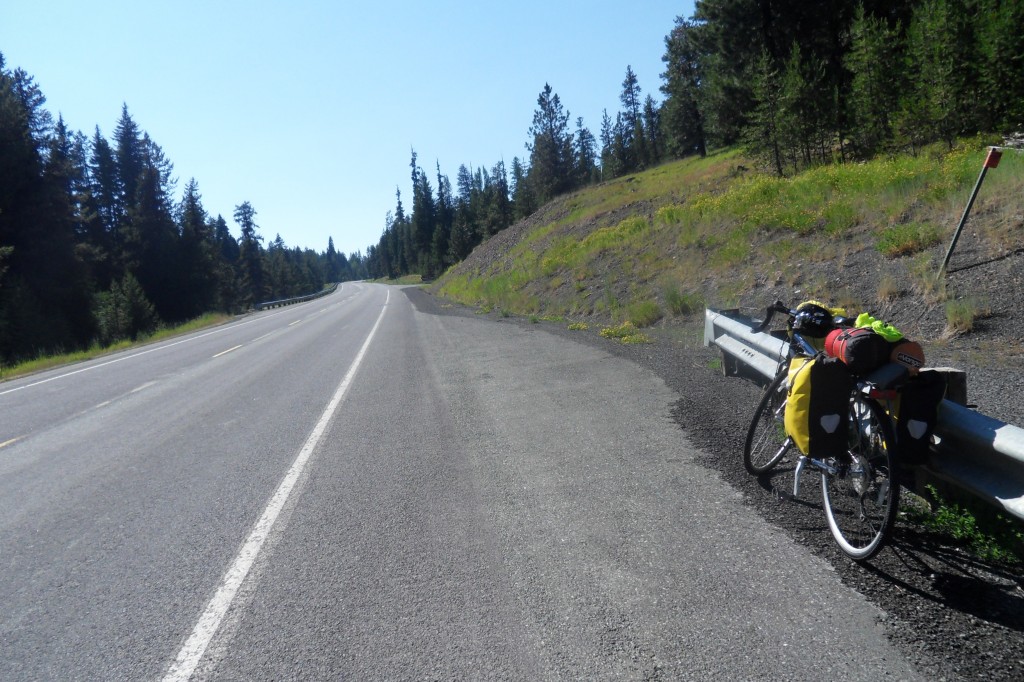 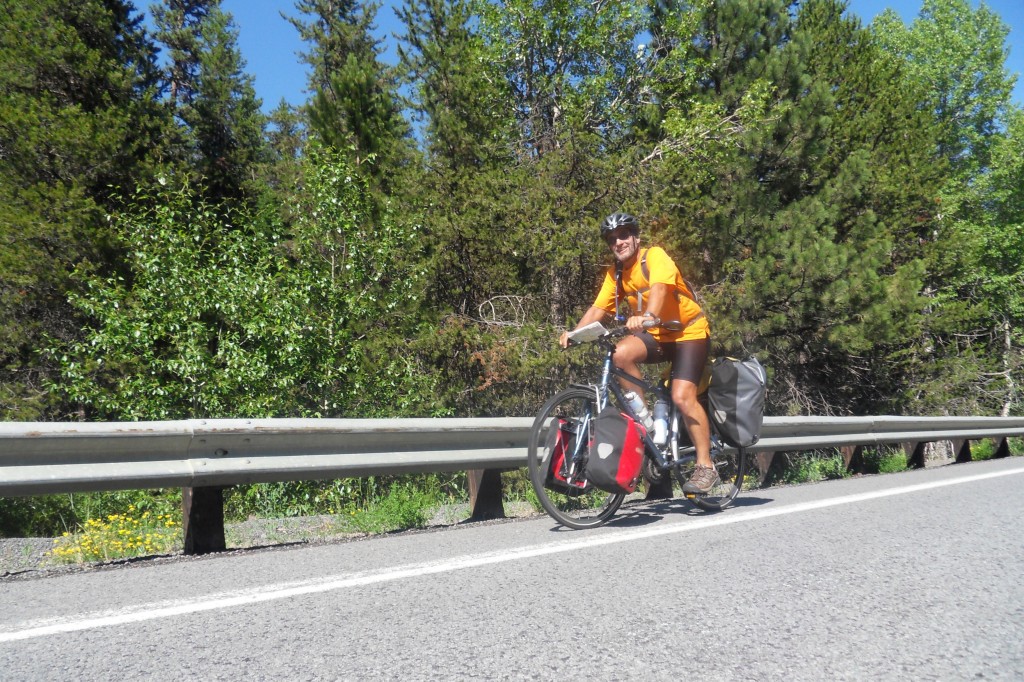 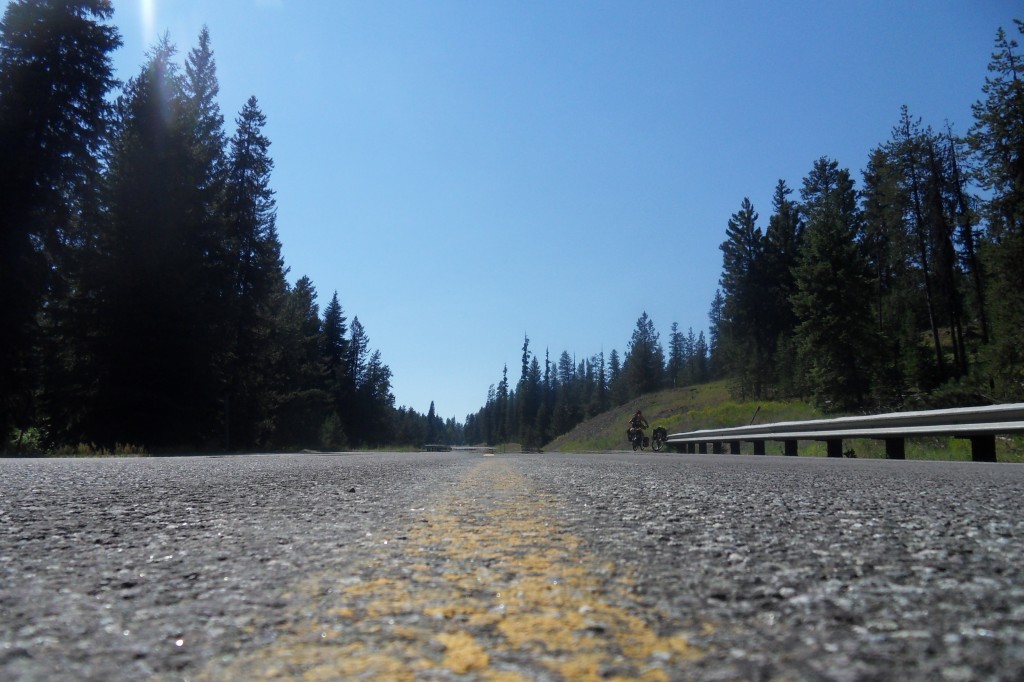 The descent into Prairie City was incredible, you could see for miles down the valley with the mountains providing a perfect backdrop. We were well and truly on the Oregon Trail and memorabilia lined the roads along the way. After getting into town Wim caught up and we discussed the options for the night. Mount Vernon was another 23 miles and had a cyclist only lodging listed on the map, they are often the best places to stay. Siemen pressed on ahead and said he would check out the price but might push on further. The rest of us set out soon after drafting the whole way around 17mph. 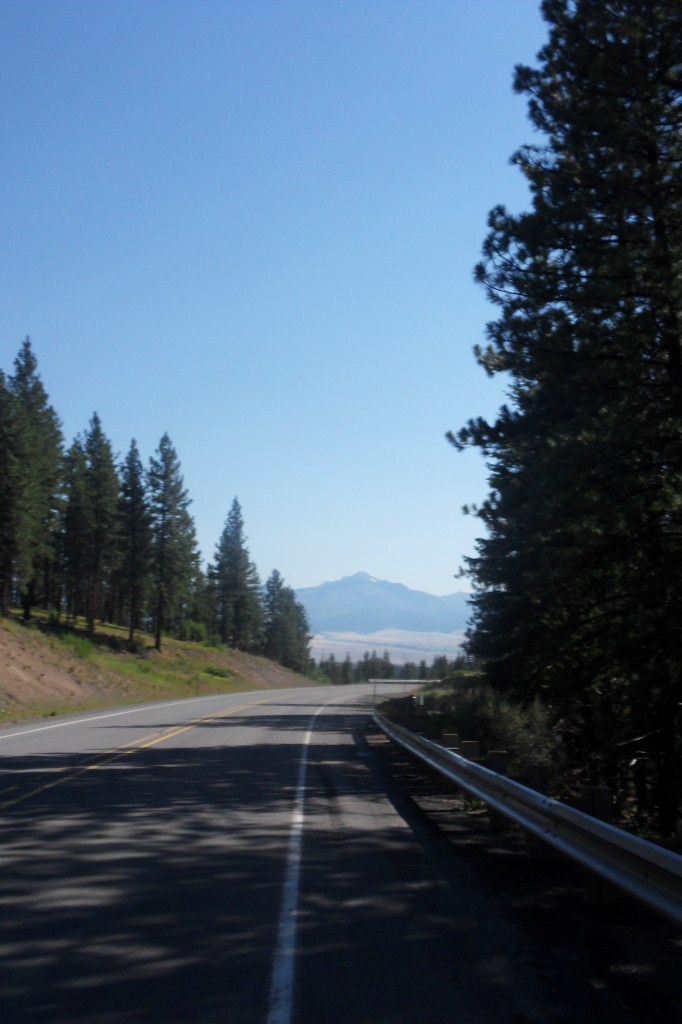 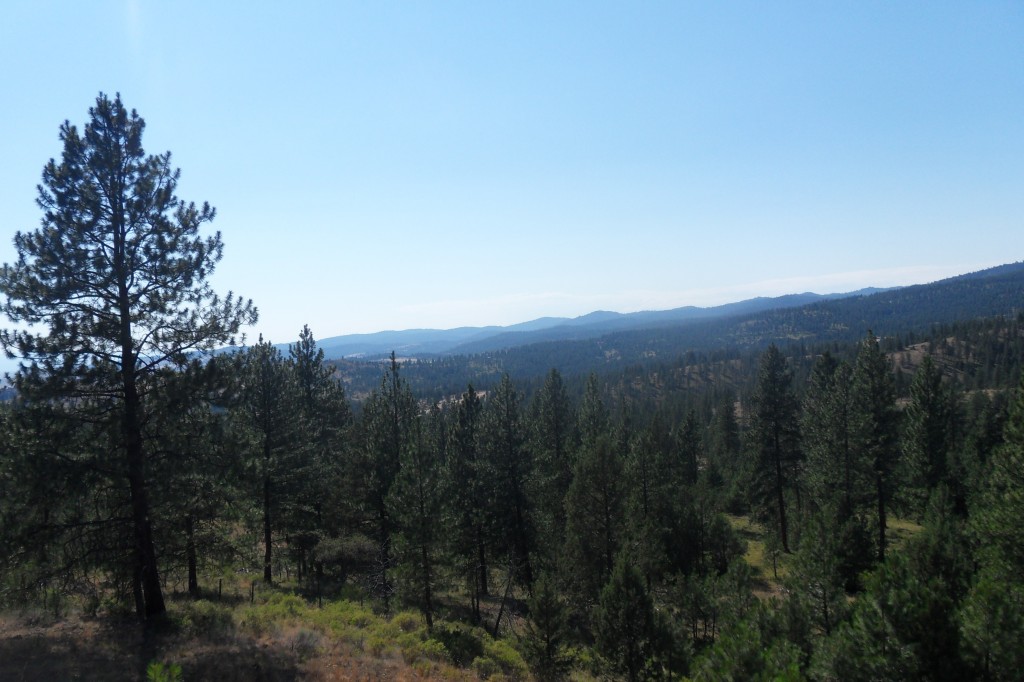 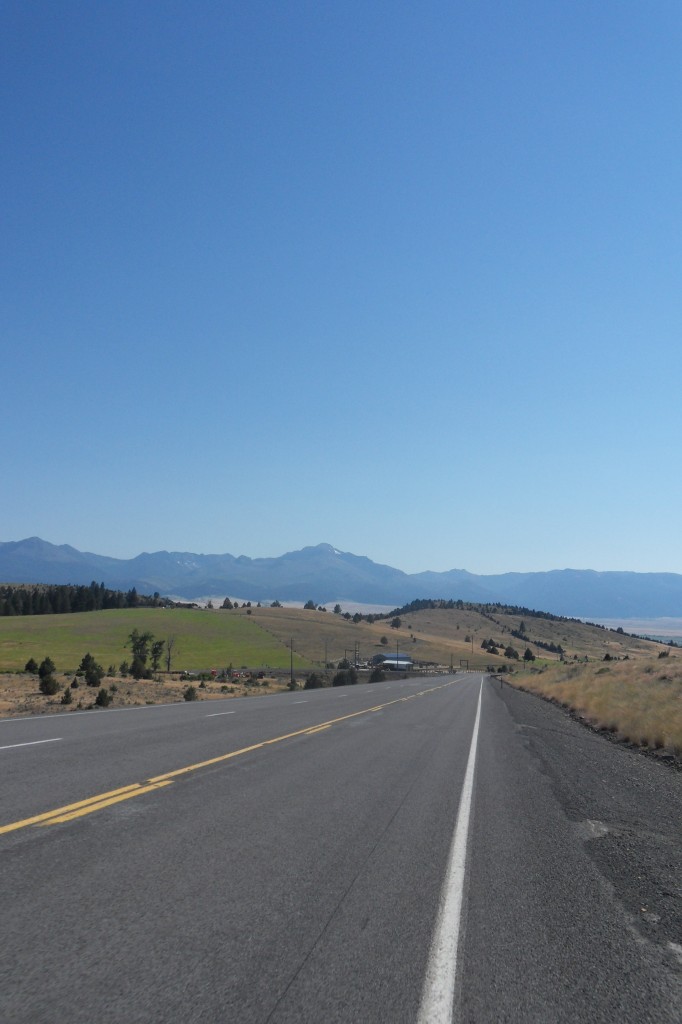 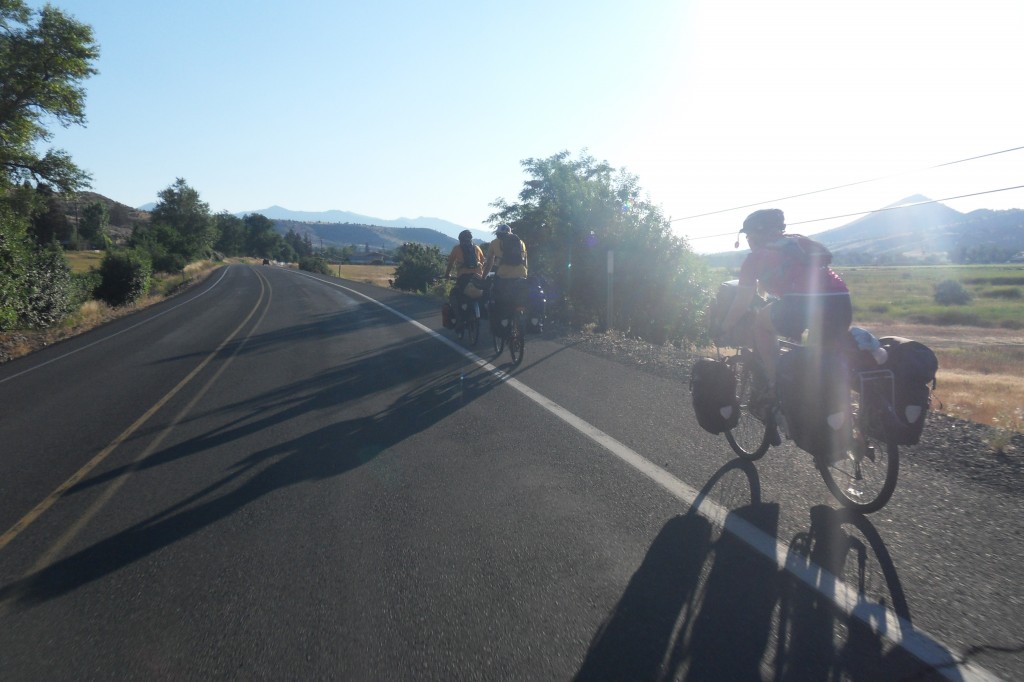 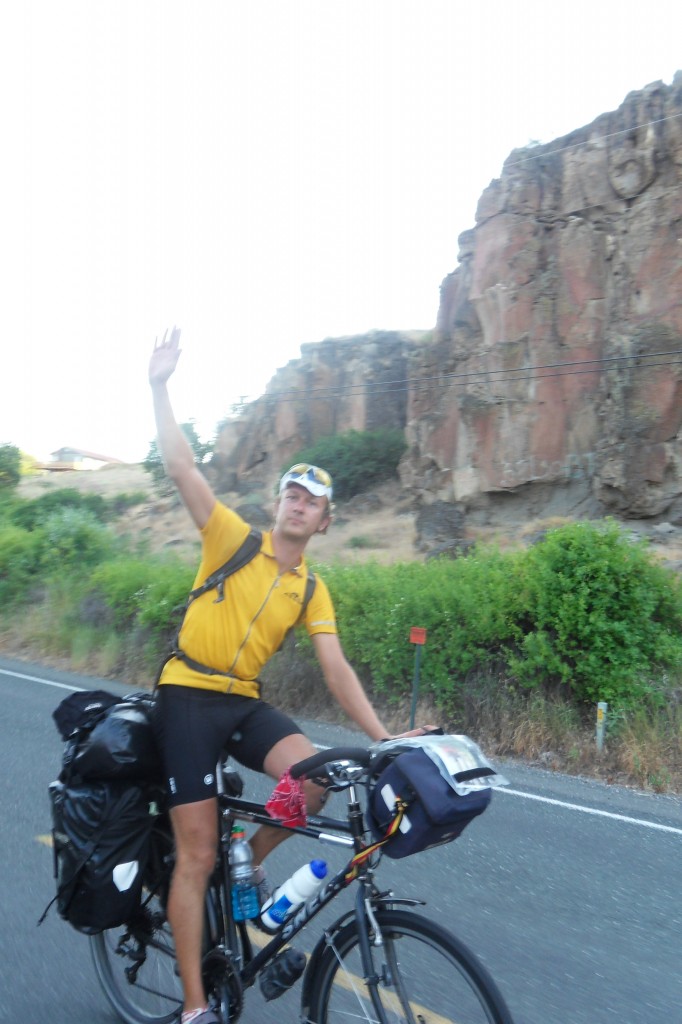 We arrived at the Bikehouse Inn to find a note on the door instructing us to let ourselves in. We were greeted by a harmless barking dog with a wagging tail, we soon became best friends. They also had goats, chickens and ducks walking around in a penned area outback. Siemen had left a message in the guestbook saying the place looked out of his budget despite the fact it was donation only. It turned out to be a great place and Terry and Wim cooked up two pasta dishes. The bikehouse is a separate building from the owners main house, who eventually turned up late in the evening. She was a lively happy women who talked about the cyclists who pass through and told us to stay as long as we needed. 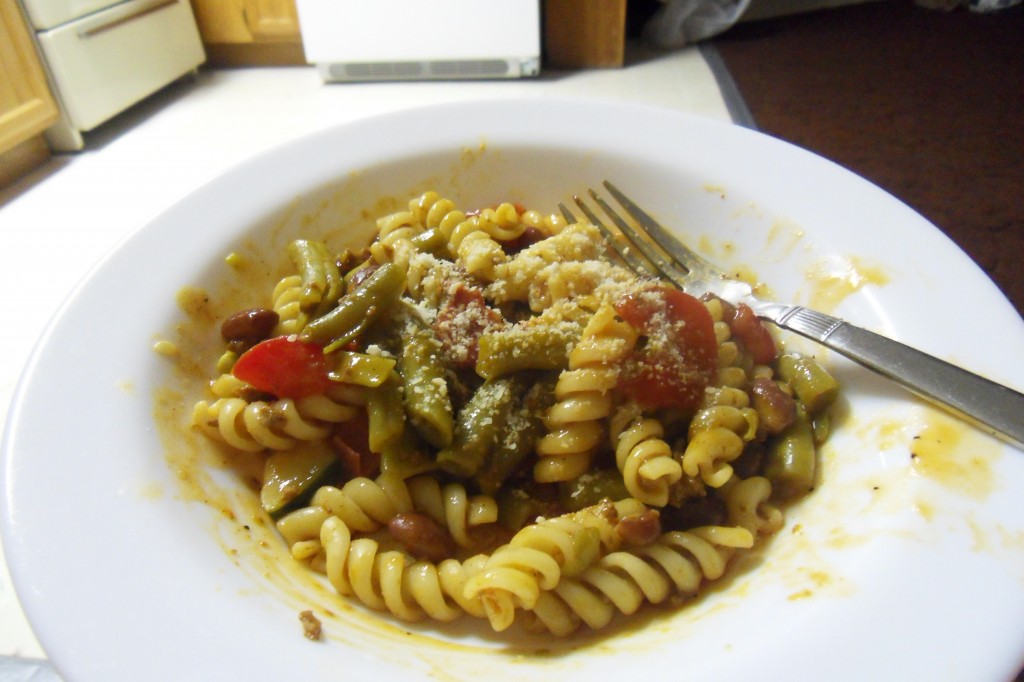 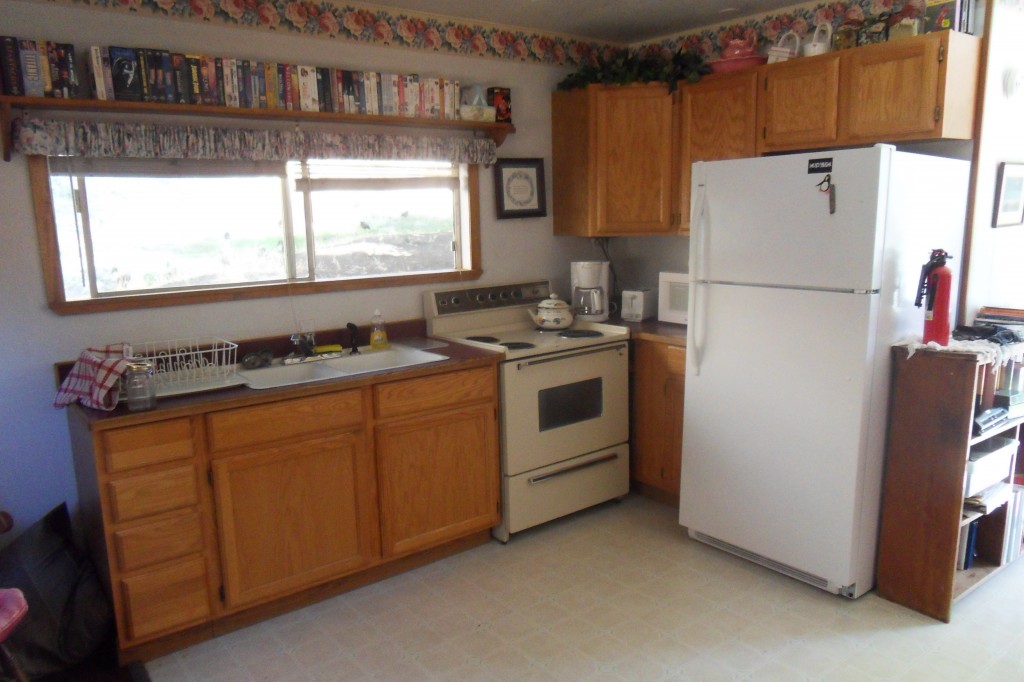 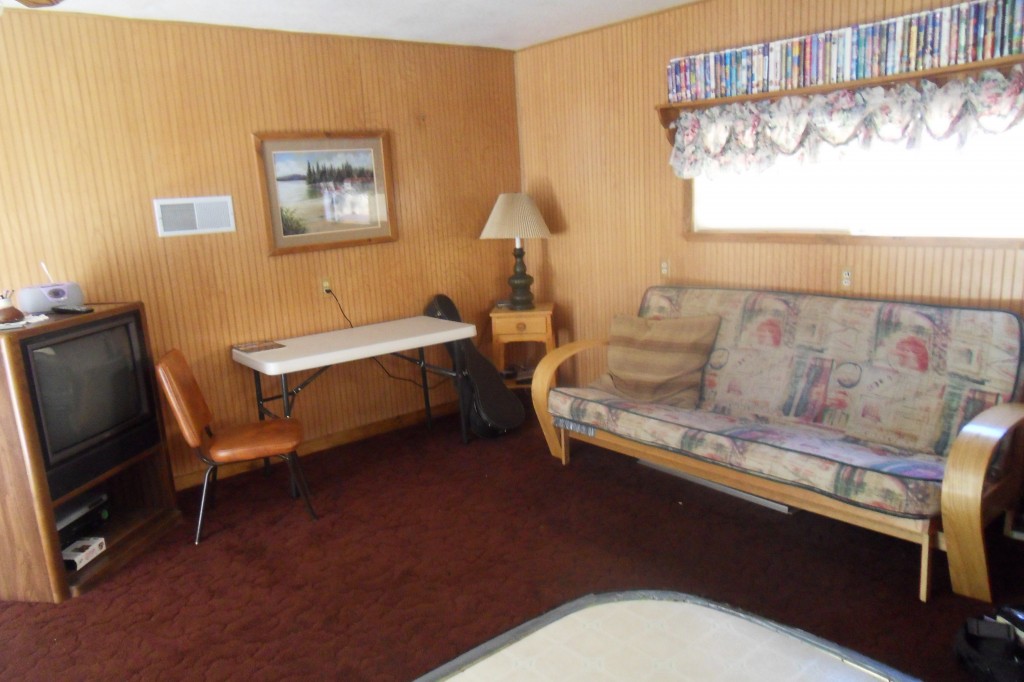