2 Bananas and a Cliff bar for breakfast and I was ready to get the show on the road. I was hoping to buy a new rear wheel in Baker City, I think riding for the lengths of time I have on the trip with an unbalanced wheel has riddled it for life. It was going to be a shorter day with only one big climb towards the end so me, Wim and Terry took it easy. Wim had noticed a hole in his tyre this morning so was using his replacement folding tyre but it wasn’t so smooth. 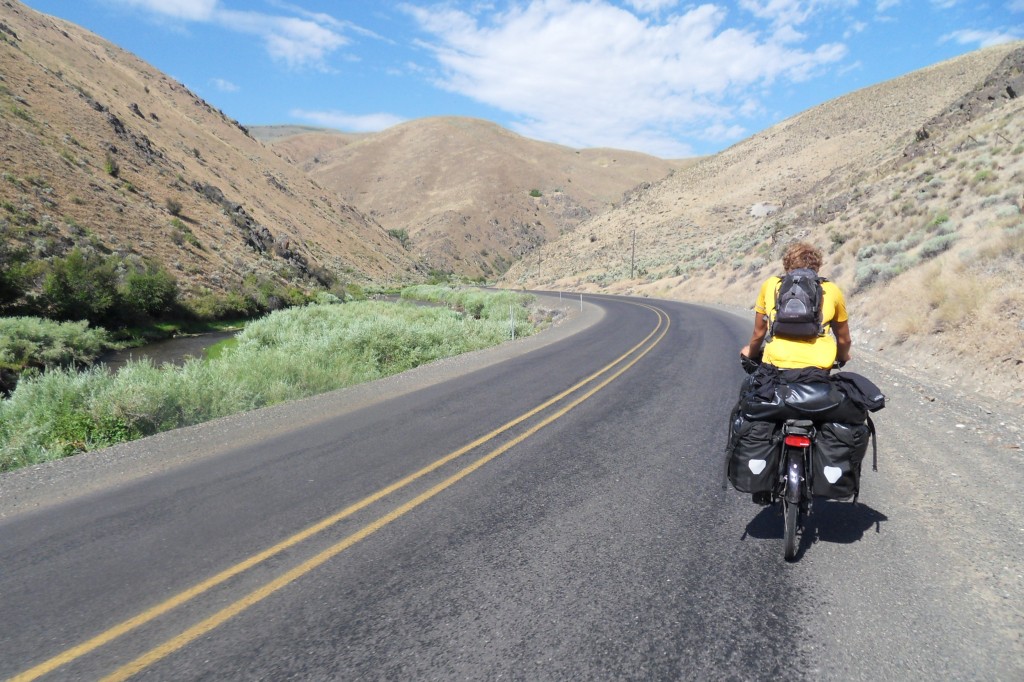 We stopped for our first break at a rest area where one old woman said ‘Welcome to the United States, if Obama can welcome people then so can I!’ what the hell does that mean?

After killing the climb we got a glimpse of Baker City down in the valley, the same view frontier settlers would have had a few hundred years ago. We got into town with no sign of Jessica or Siemen. We split a motel room 3 ways and me and Wim dumped our stuff then headed to the first bike shop. Pubs and bars advertised micro brews and the bike shop itself actually played recognisable music, its been months since I have heard locals listening to none country music.

Me and the mechanic from the shop looked at several wheels but he had none suitable for disc brakes. We resolved to just replace the spokes and rebalance my wheel. I talked about how it has broken down again since last getting it fixed but he insisted I hadn’t had him fix my wheel before. He worked well and did a great job, he then pointed us in the direction of the micro brewery across the street and I offered to buy him a beer if he went in after work. 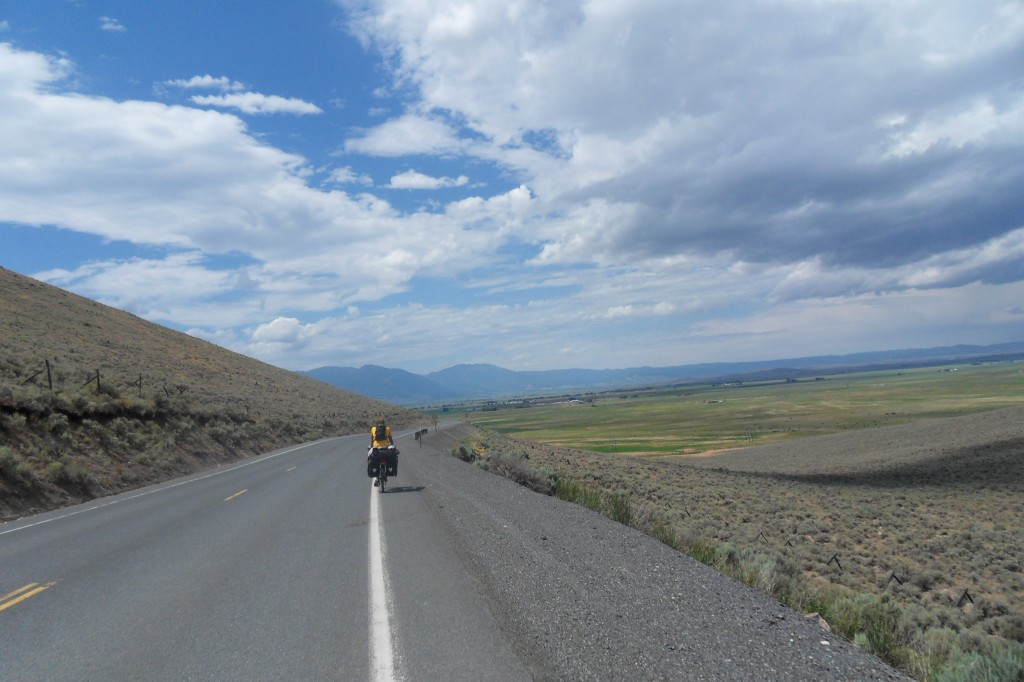 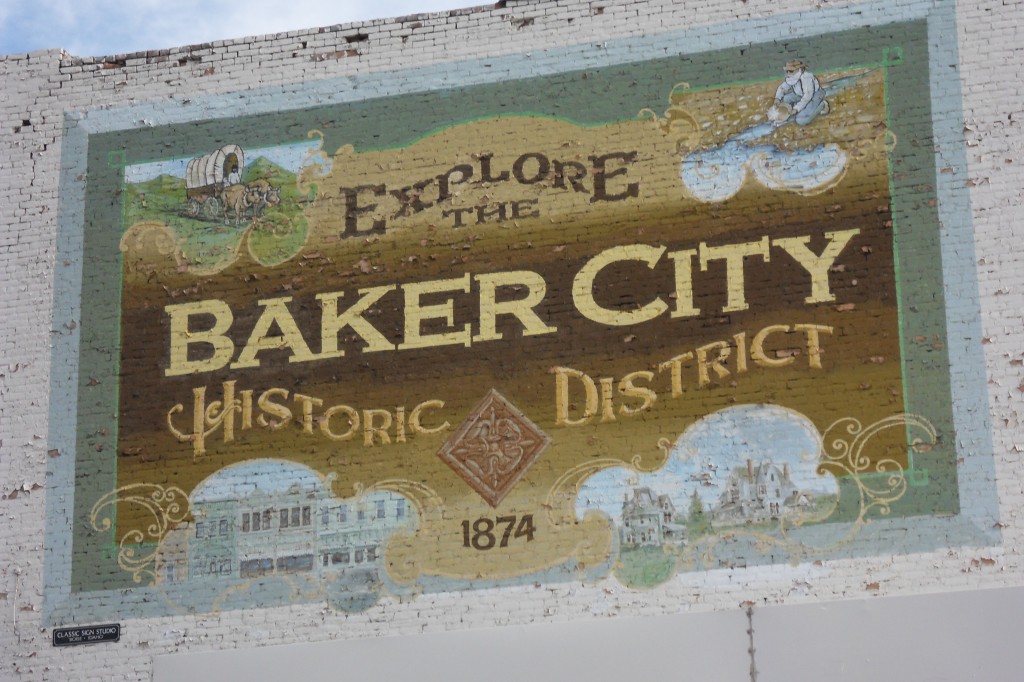 Siemen caught up with us by this point, he had been in the library. We talked him into joining us at the motel so the price would be split 4 ways, he reluctantly accepted after some persuasion because we had a free camp last night after all. We then also persuaded him to join us in the micro brewery for food. They had imported Strongbow on tap! I haven’t had cider for months, first pint refreshment as the advert says. Continuing my series of buying the biggest burger on the menu I ordered the ‘Death Burger’ after recently sampling the ‘Gut Buster’.

We returned to find free burgers on offer at the motel which didn’t bother me but Siemen on his tight budget looked mortified having just dropped a pretty penny on food he didn’t need too. Pretty funny. A storm passed over so we were holed up indoors as I tried to update my blog on the useless wifi.