Me and Siemen had split a large chocolate milk last night half of which was still remaining. I consider taking a few chugs before breakfast but thought better of it. Leaving town the road split, I decided to stick with the ACA maps even though it seemed they came out at the same place. Again it was a mistake taking me up and over unnecessary hills. The route often diverts to roads with less traffic wherever possible but I don’t mind a road with traffic if the shoulder is nice and wide. 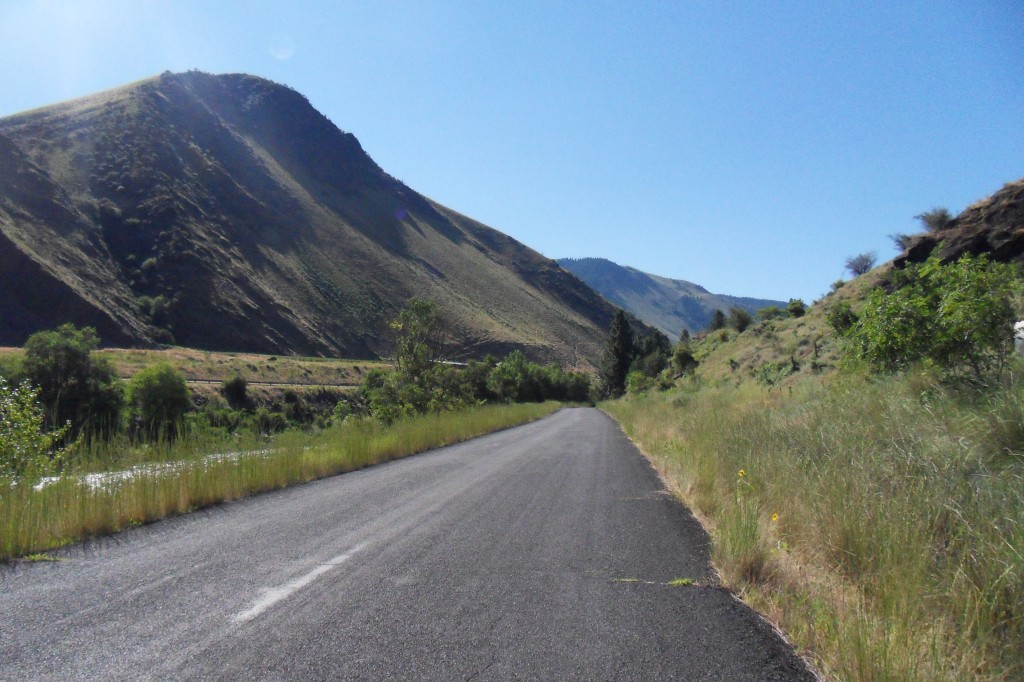 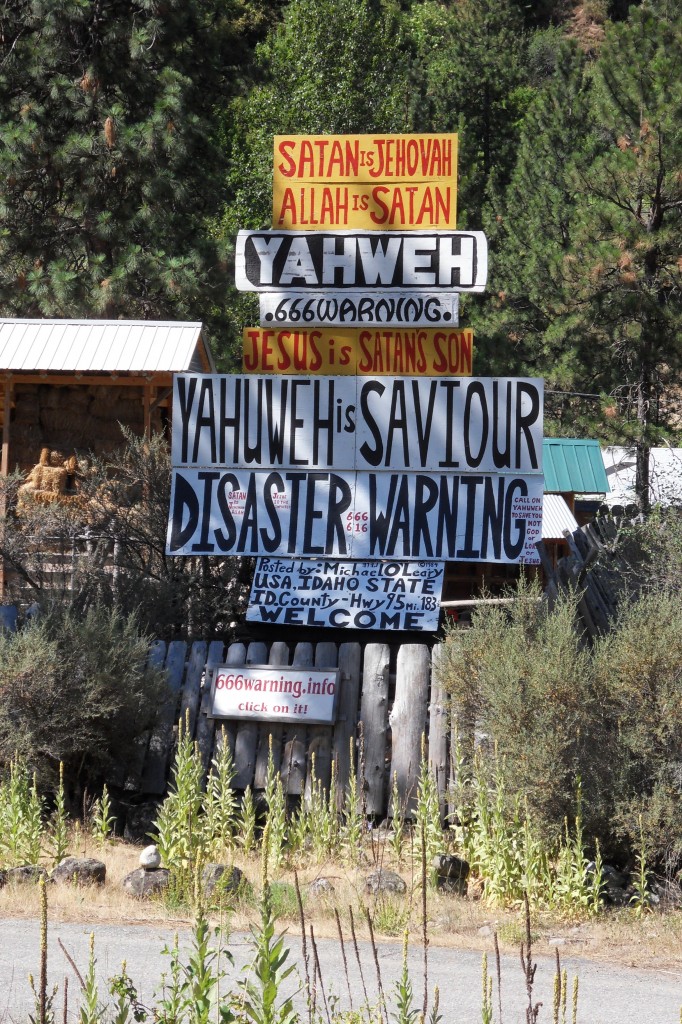 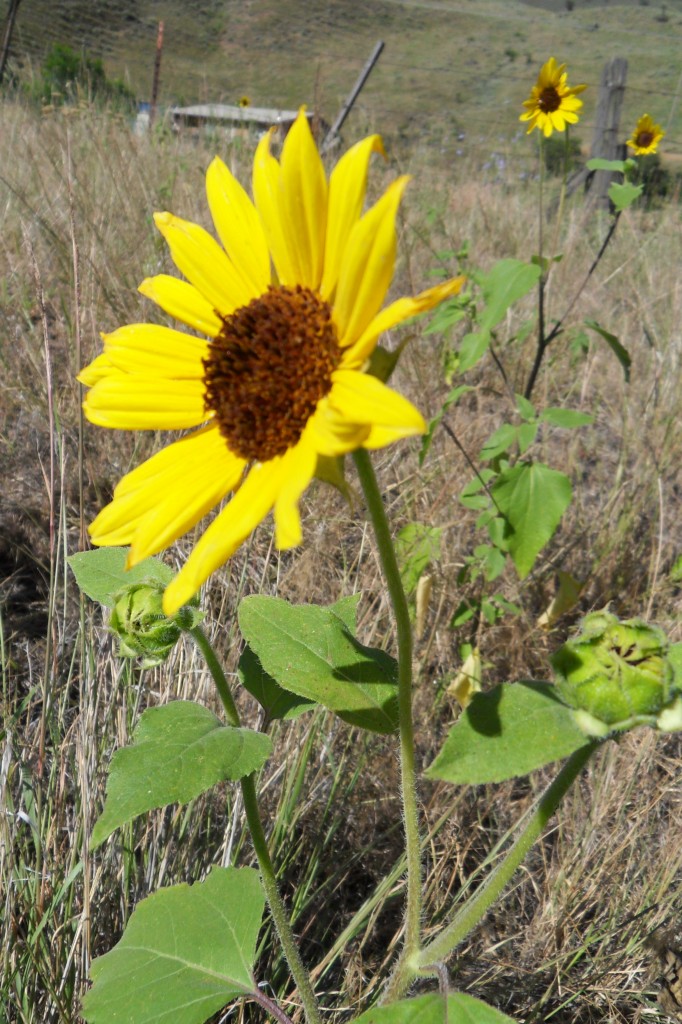 Me and Terry road together most of the morning, until reaching the town of New Meadows where we took a rest from the sun and bought iced fruit smoothies. Terry warned me not to drink it too fast already suffering from a brain freeze but I ignored and downed the whole thing. Seconds later I have my head in my hands as the screaming cold penetrates through my skull. Mistake. Wim turned up just after looking tired, we were all feeling sluggish today and the initial plan of reaching Cambridge seemed a tall order. Jessica on the other hand was feeling great and looked on at us bemused, she insisted on reaching Cambridge today. 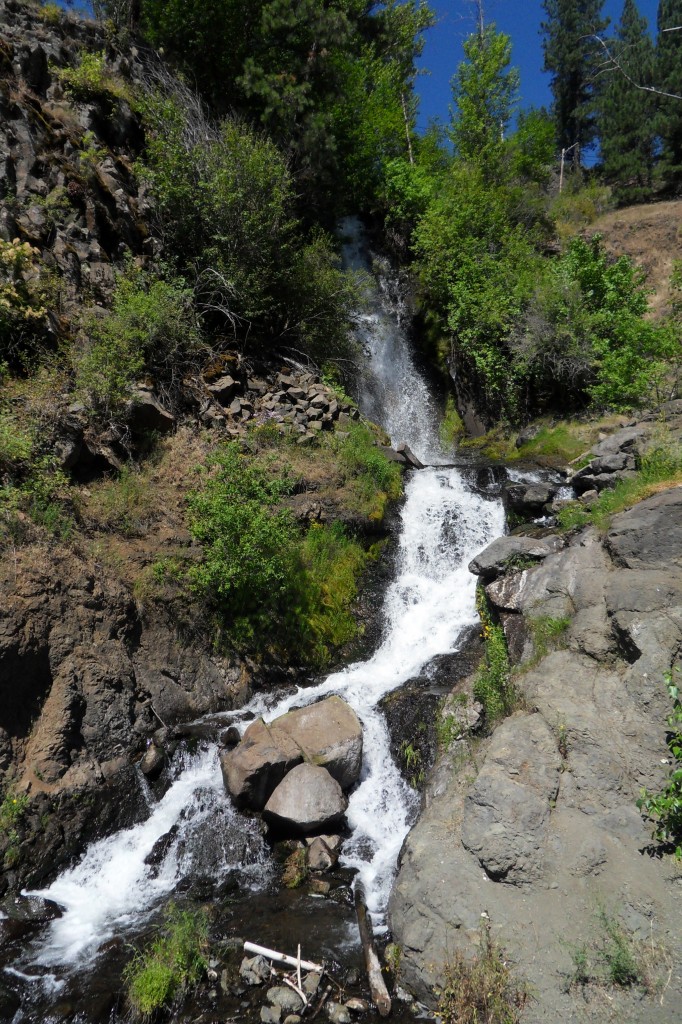 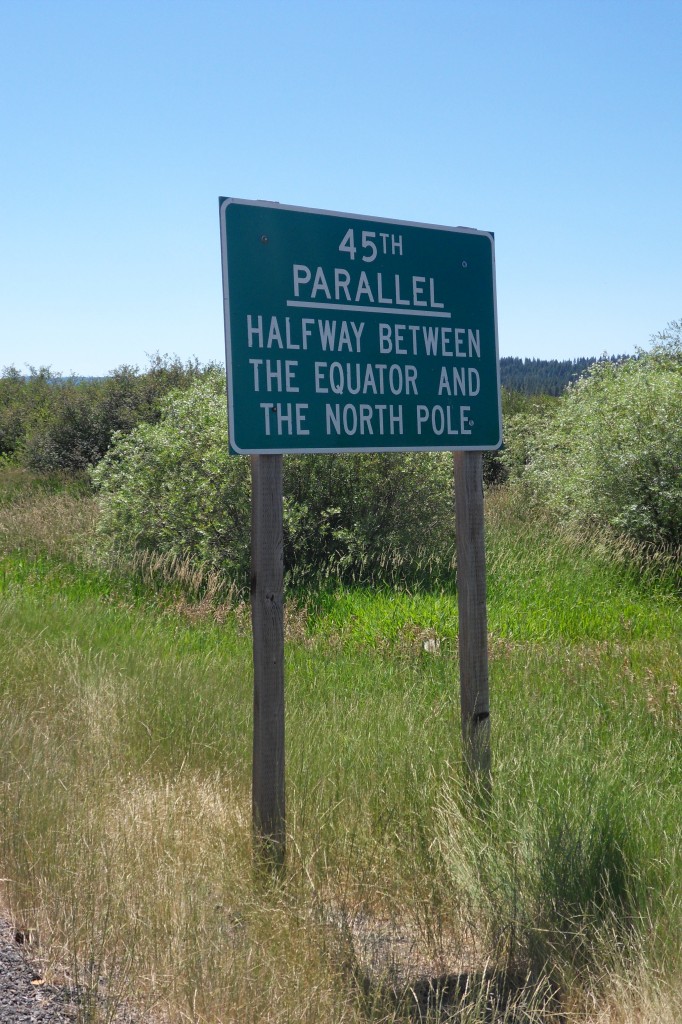 Another climb and another descent later we were approaching Council. I had developed some serious saddle sores today and combated them with some baby powder, but it wasn’t doing its usual trick so Terry offered me some rash ointment that he swears by. It may be effective, however mixed with baby powder it forms a sticky paste that left me tearing skin out every time I moved, complete agony. I cut a pretty sorry figure sitting at a gas station in Council, the others seemed ok to push on and Jessica who had left earlier was probably already in Cambridge. A change of shorts later and I felt ok to go for another 25 miles. 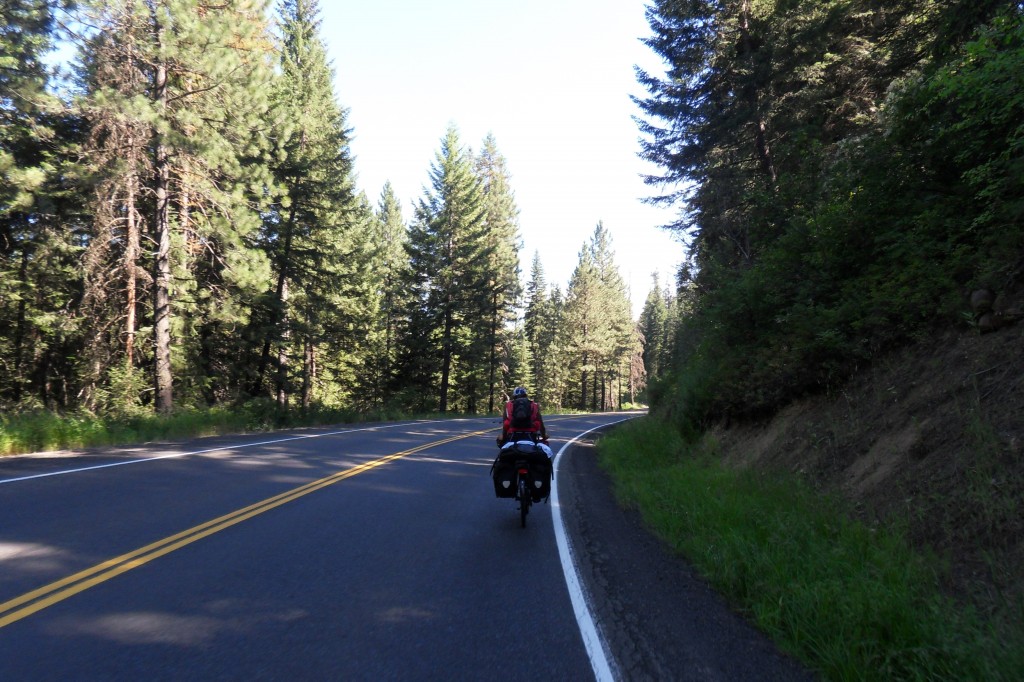 As soon as we set off a large black cloud formed and we could see lightening touching down in the distance. Siemen got a flat tyre so we pulled over to fix it. The break enabled the clouds up ahead to move east out of our path and we pressed on. The sunset behind the storm created a dark glow behind town which seemed as though it were on fire. I went straight for a motel room which I split with Wim as I needed a proper shower tonight whilst Terry and Siemen went to camp. Once cleansed I watched TV for about 5 seconds before falling asleep. 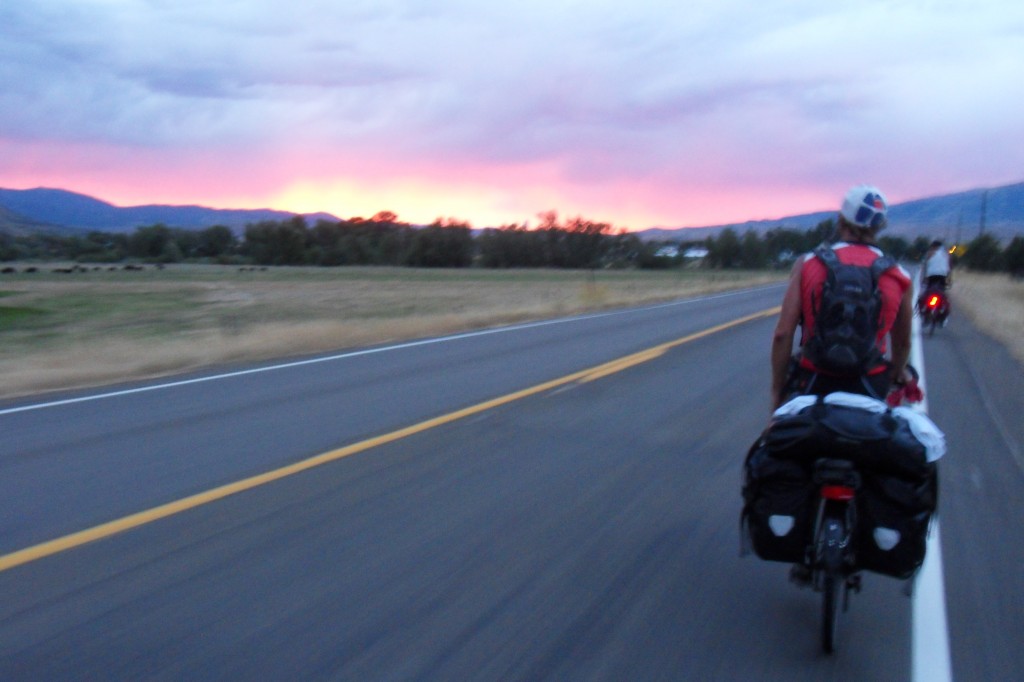