Before leaving Kooskia this morning I draped my tent over a big stone to dry out as it was still wet from the sprinklers. Once we got going there was a serious climb to contend with in which I was able to forget about the spoke issues and wind my way up through the trees out onto drier looking lands, the scenery seems to change at every turn. 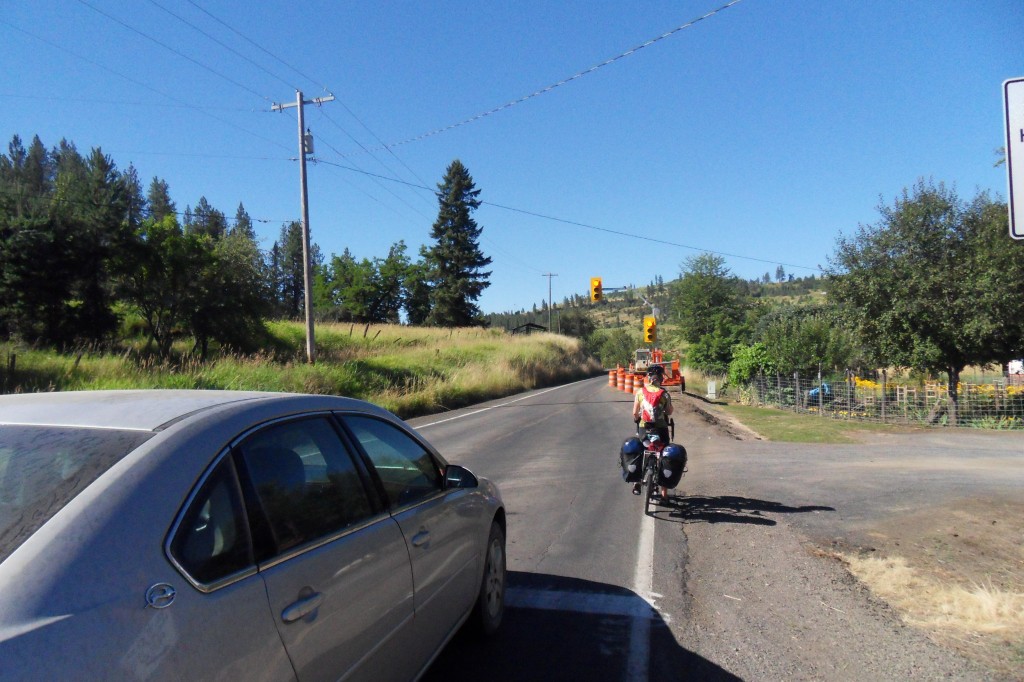 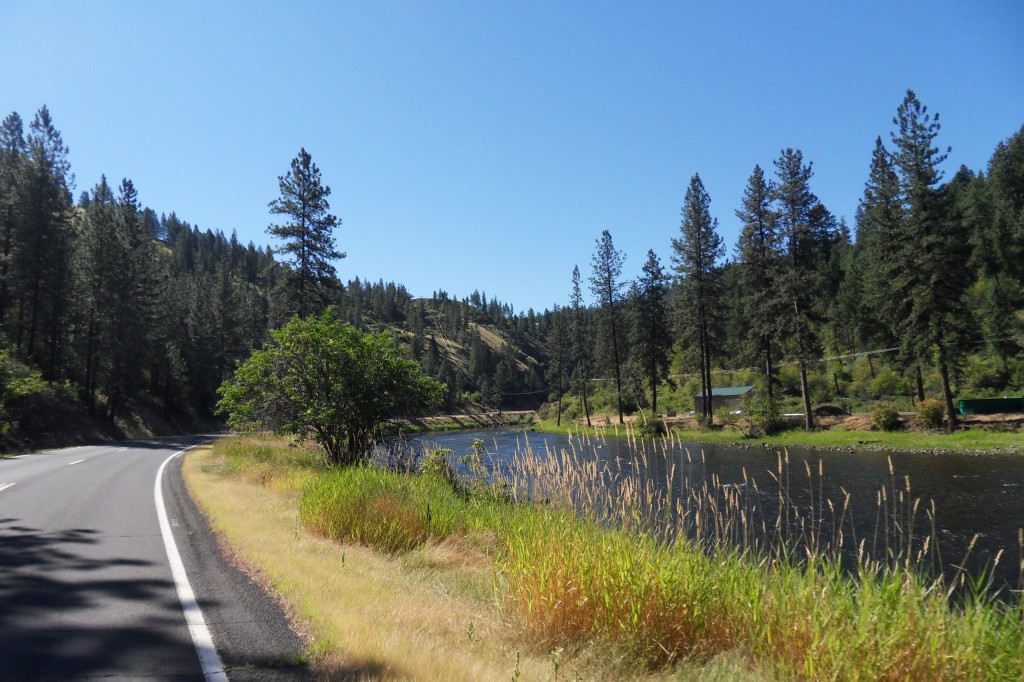 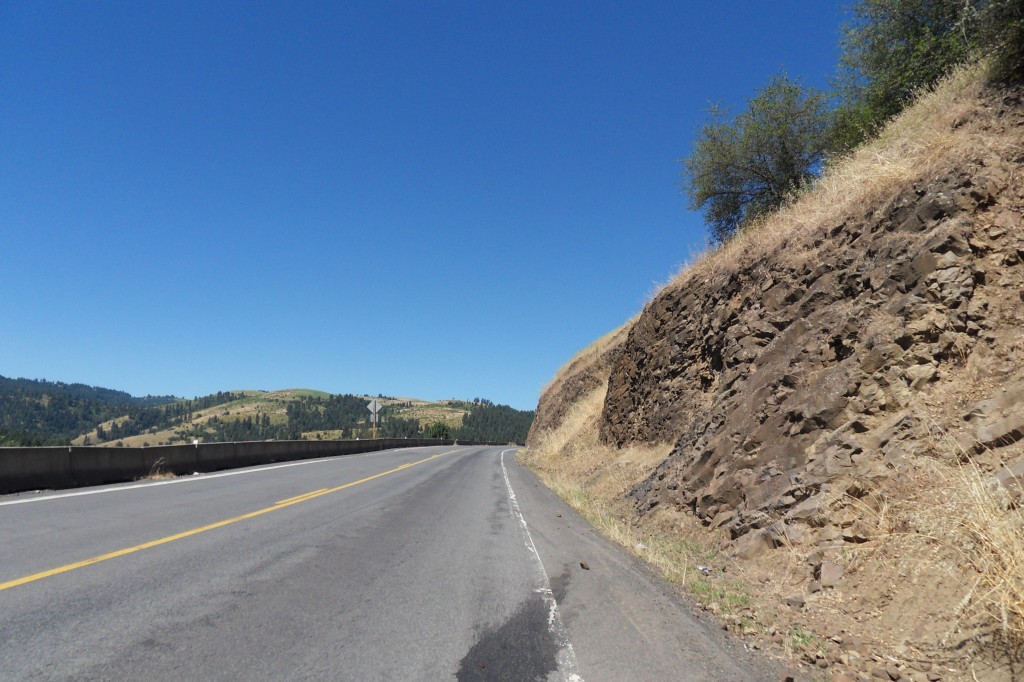 The addenda for the current map panel mentioned a new bike shop in the next town so after getting the climb out of the way and descending back down I counted the building numbers only to find I had gone past it. When I traced back I realised how I had missed the bike shop, it had closed down already! By this point the group had dispersed, I found most of them having lunch in the park pavilion and we had to pull ourselves away from the shade knowing another significant climb awaited us this afternoon. 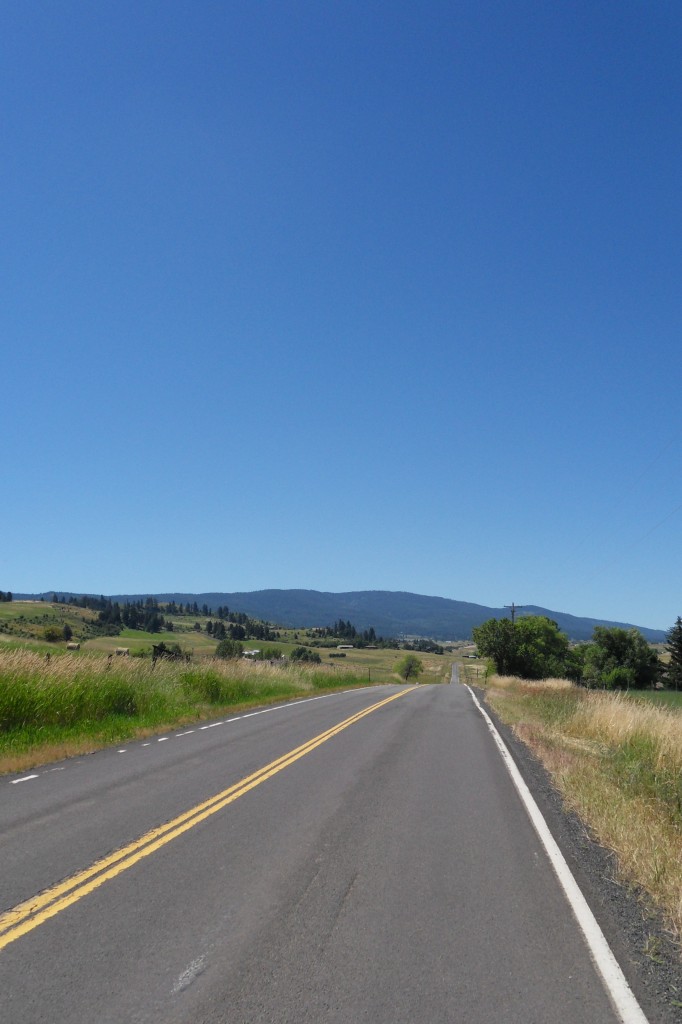 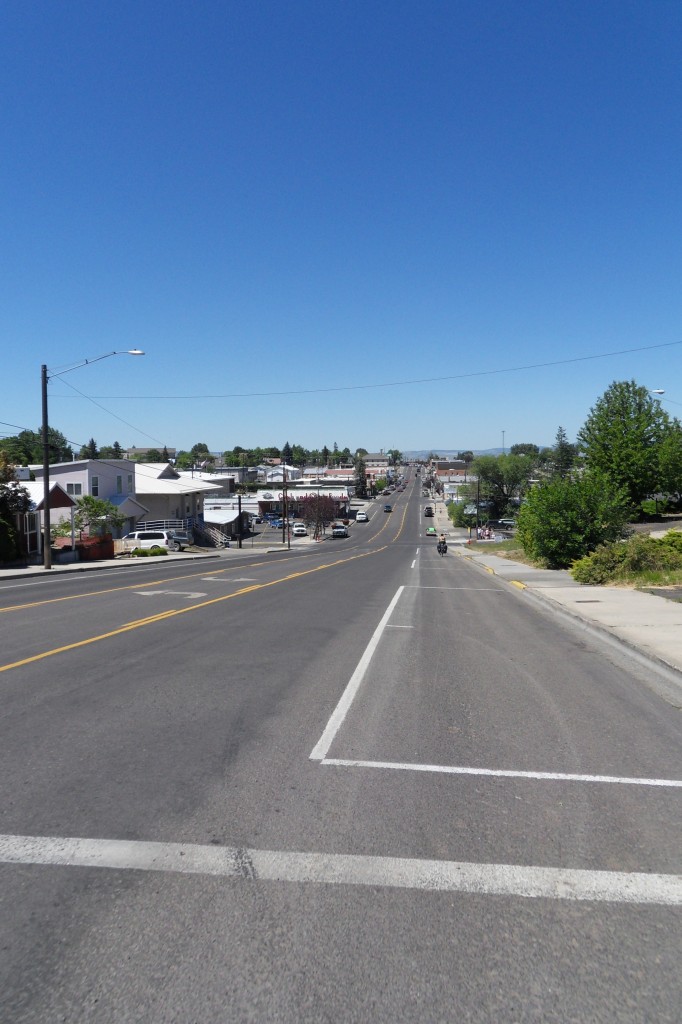 It was hot, steep and the road although new was rough and coarse. Siemen and Wim making good progress, I watched them battle each other like Schleck & Contador the whole way. Once at the top I found Wim regretting racing Siemen up to the top, he looked exhausted and even failed to stand his bike up causing it to tumble and barrel roll down the hill slightly, then pick it up and still struggle to stand it up (I got the end of the episode on video). 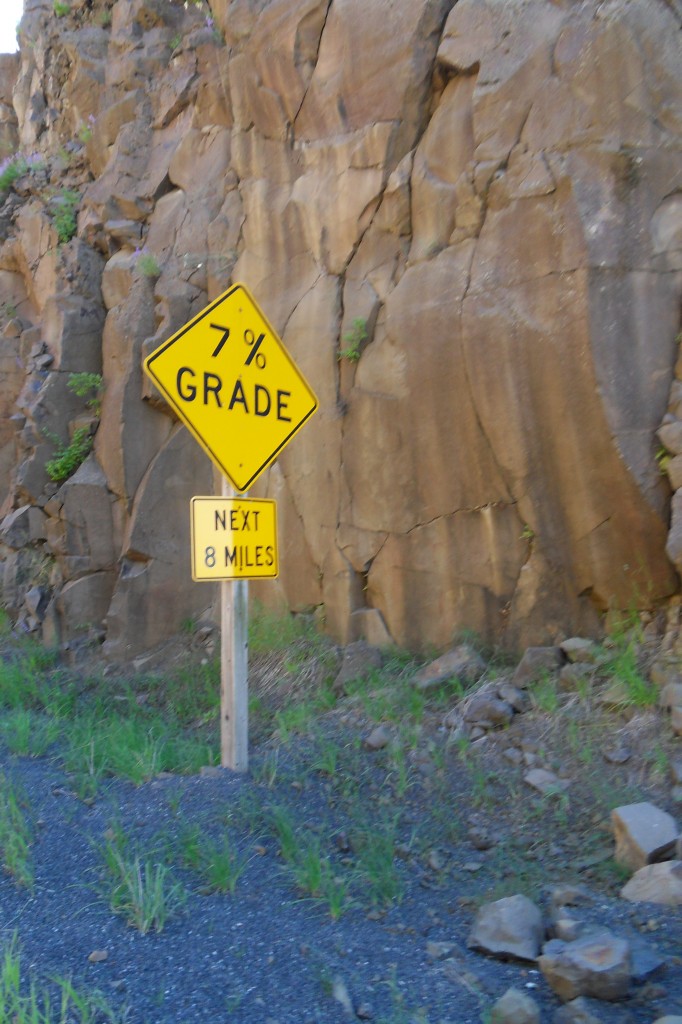 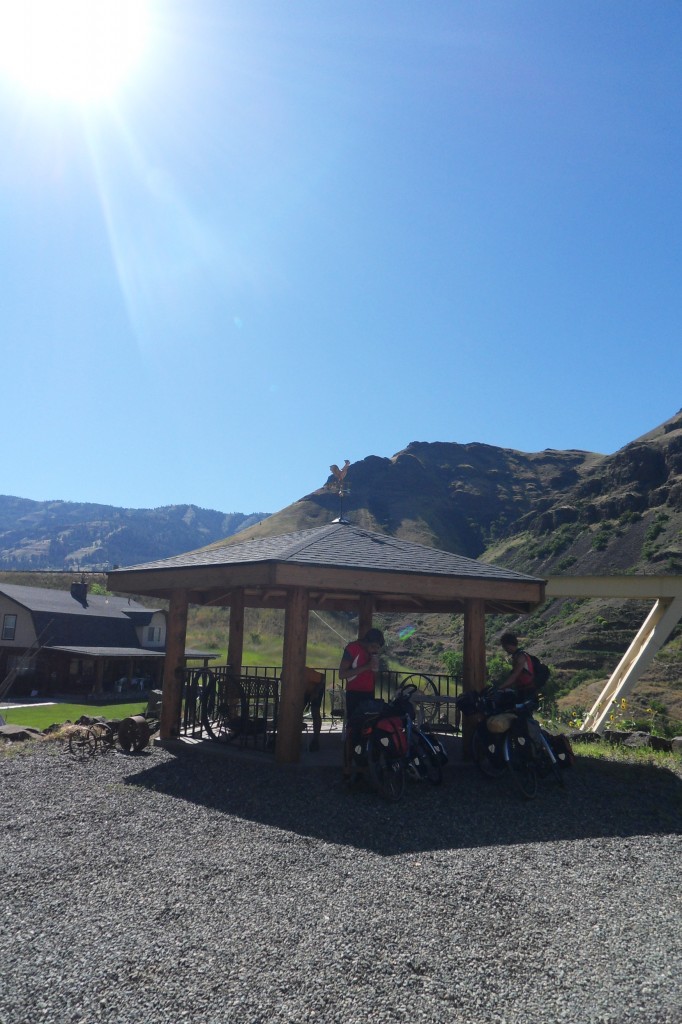 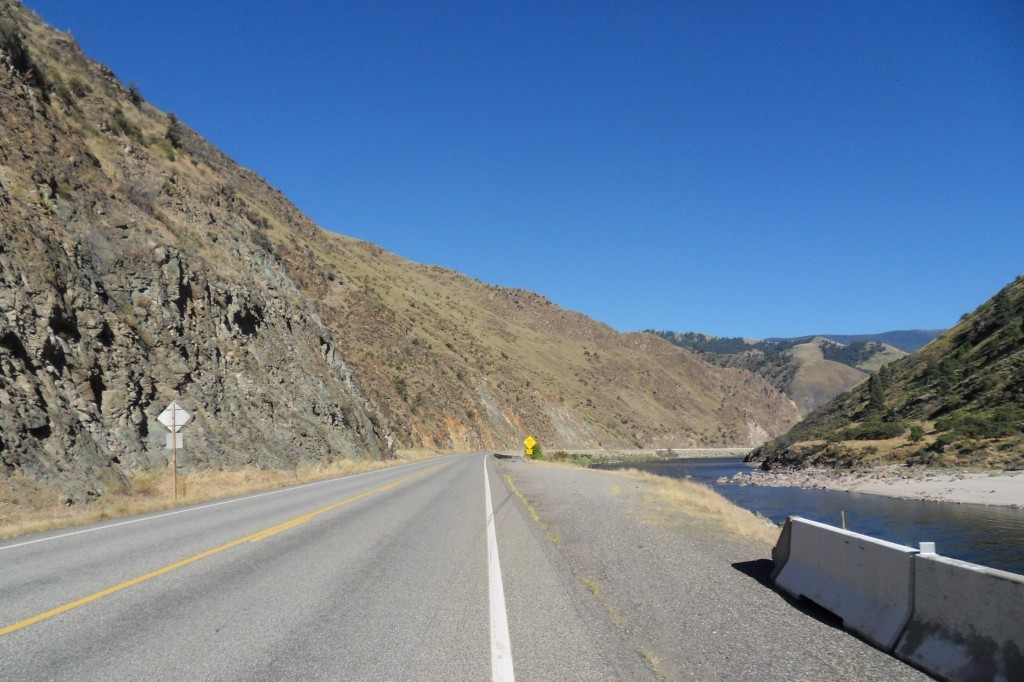 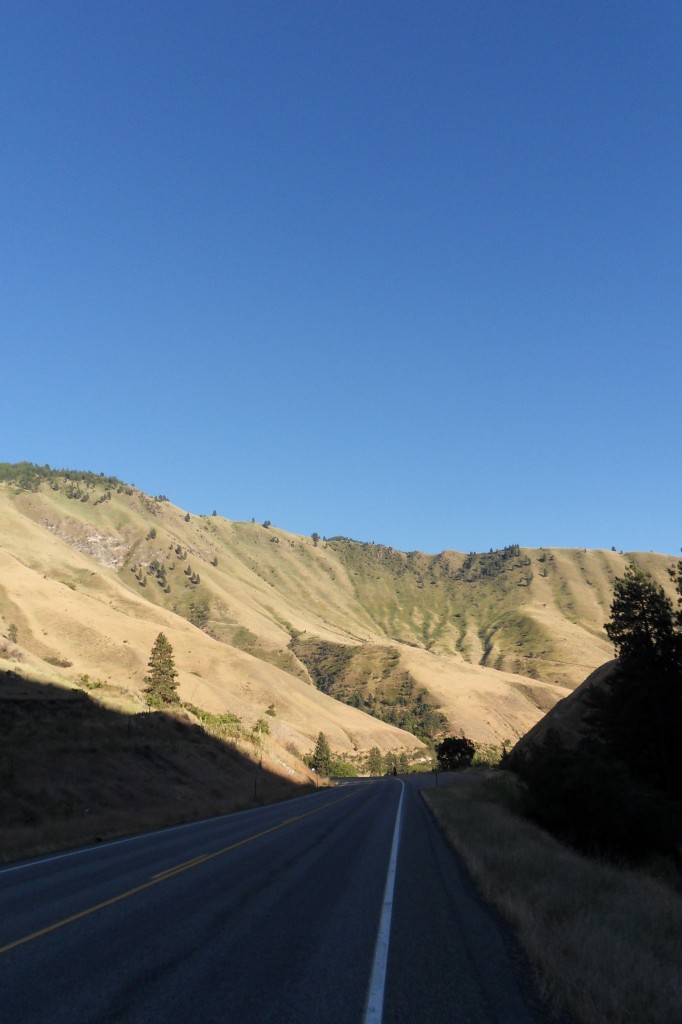 The descent took us down into hells canyon, appropriately named as somebody turned the heat up to 11. It was also through a stretch of road with no services and I soon became low on water. We pulled over at a ranger station only to find it closed for the day so we trucked on. During one stop by the roadside I was surprised to see Siemen turn up, I thought he was way ahead. He had felt dizzy with the heat and took a rest in some shade further back. We rolled on towards Riggins with dry throats when in the middle of nowhere appears a small building advertising fresh fruit. After getting to Riggins we find Wim and Jessica already set up at the campground, $15 each plus another $2 for a shower. What a rip off, I paid for a site but skipped the shower opting for the free dip in the river next to the site. Siemen is 21, still studying and on a tight budget so $15 for a campsite is not something he wanted to do. Just as he was considering riding on further to find somewhere else Terry offered to pay for him. 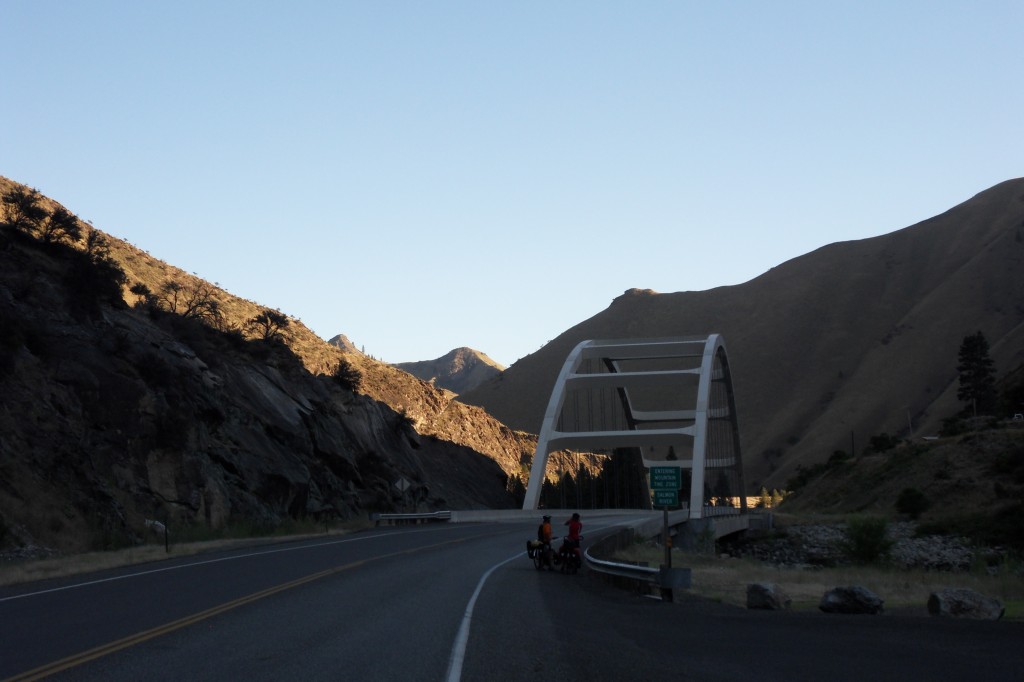 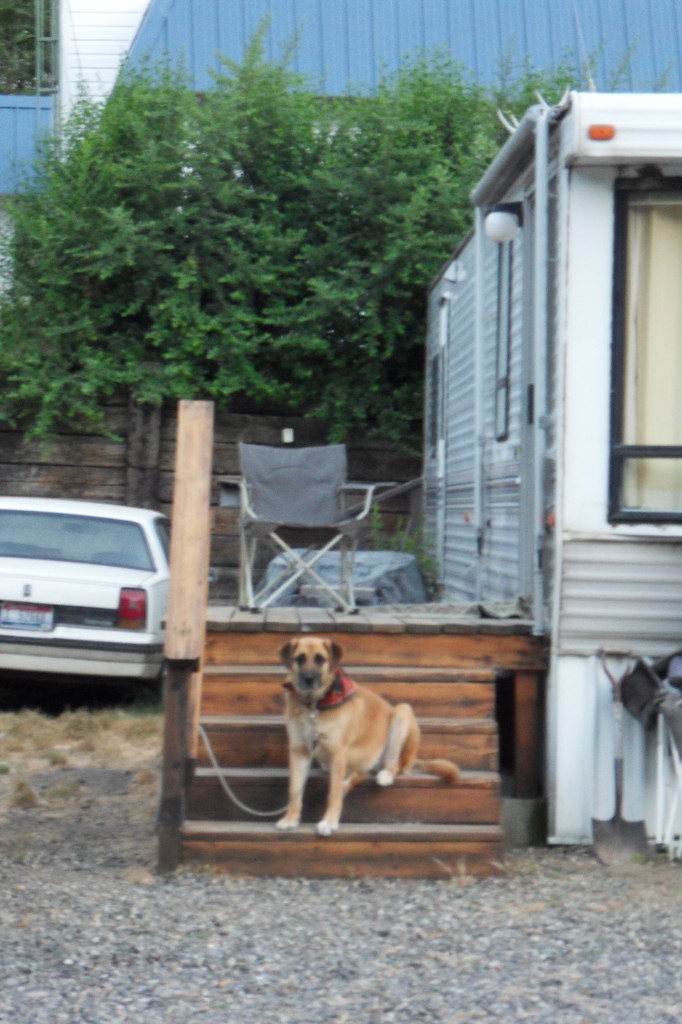