We began the ascent on Lolo pass immediately after getting back on the route from Missoula it was gradual and pleasant. We came across a couple of guys with really old looking bikes sat in a ditch eating and fixing a flat. They were pretty rock n roll and one of the guys parting words to me was “Take chances”. I will! 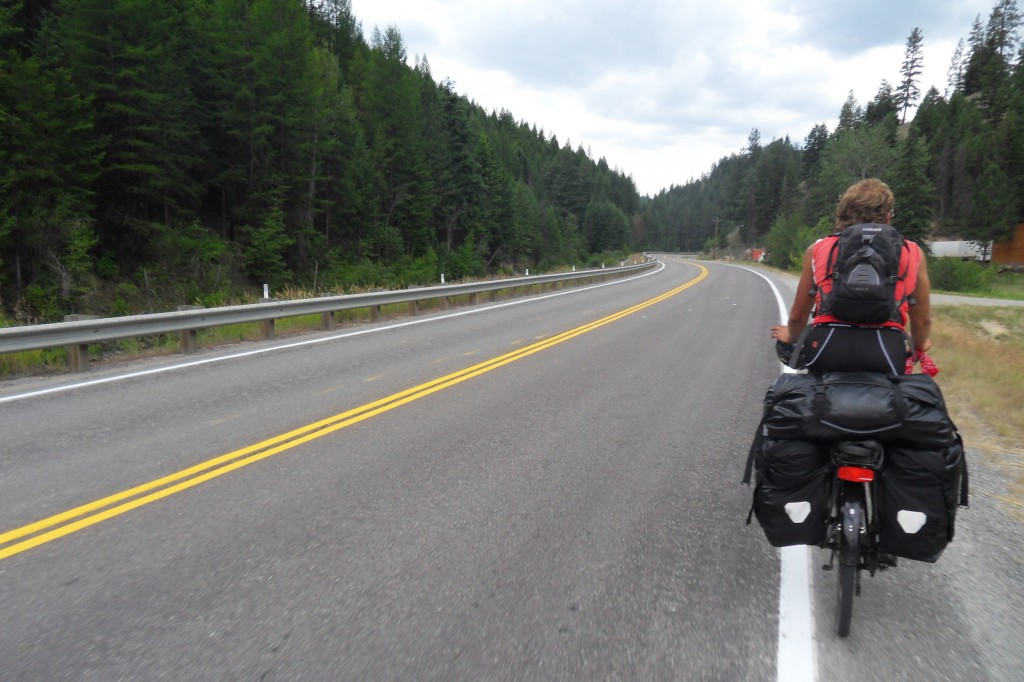 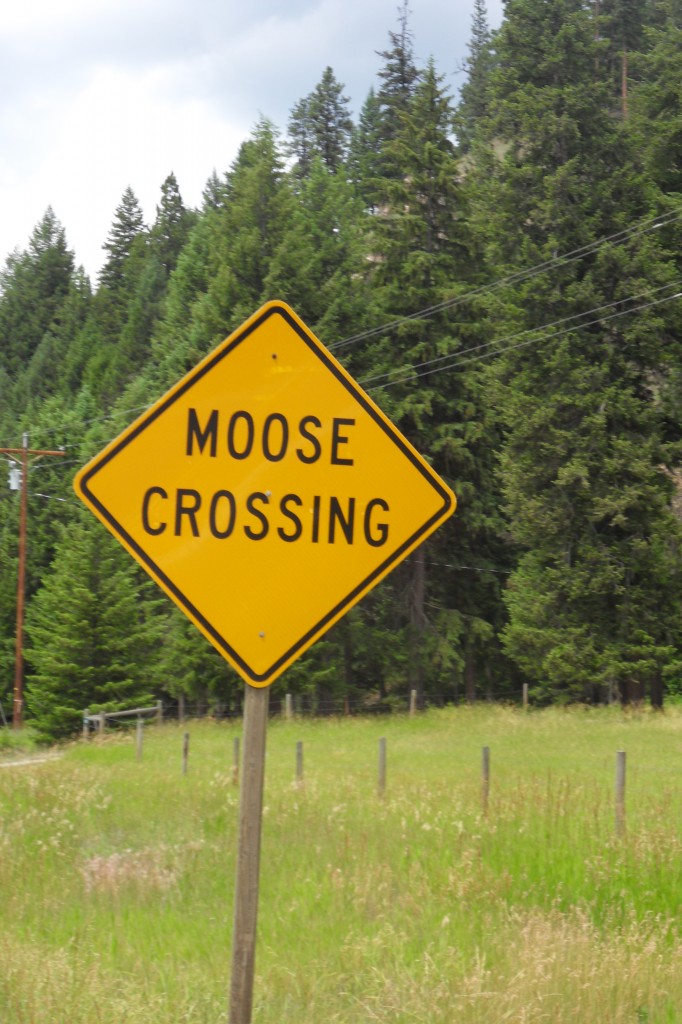 After stopping for lunch we hadn’t been riding for more than a few minutes when Wim noticed another cyclist, apparently it was Siemen Jansma another Belgium who Wim had been emailing with. He had put in a few really big days to catch up with us after taking some time out with his parents to see the national parks. Having a new face and new stories meant I didn’t even feel the pass and reached the Idaho border which also marked the start of the epic descent. (I need to steal the border picture of one of the guys because I didn’t take it) 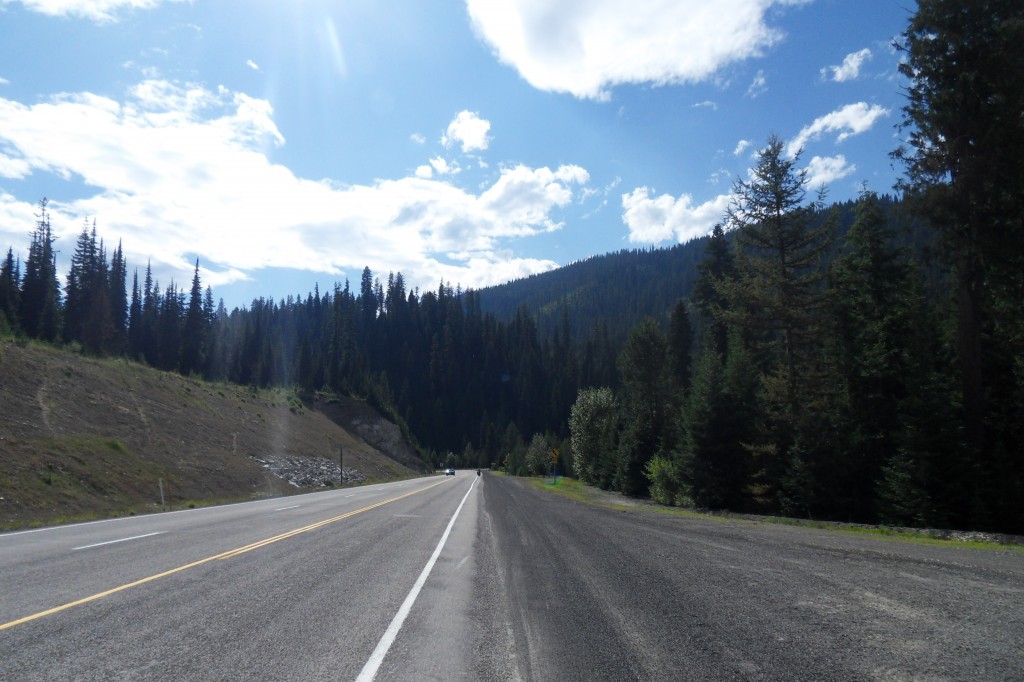 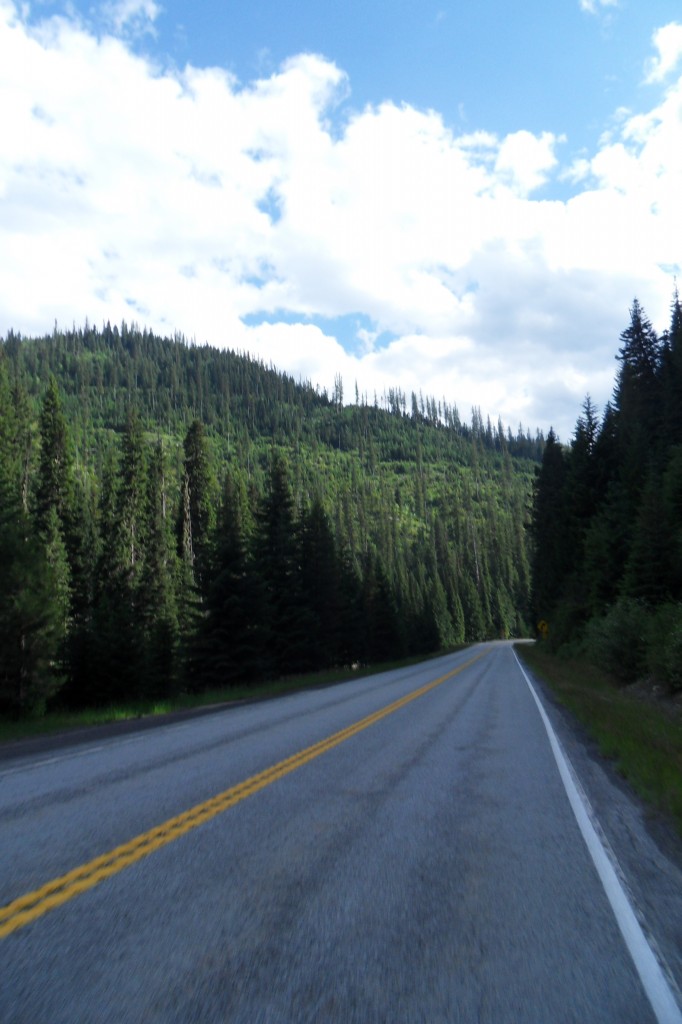 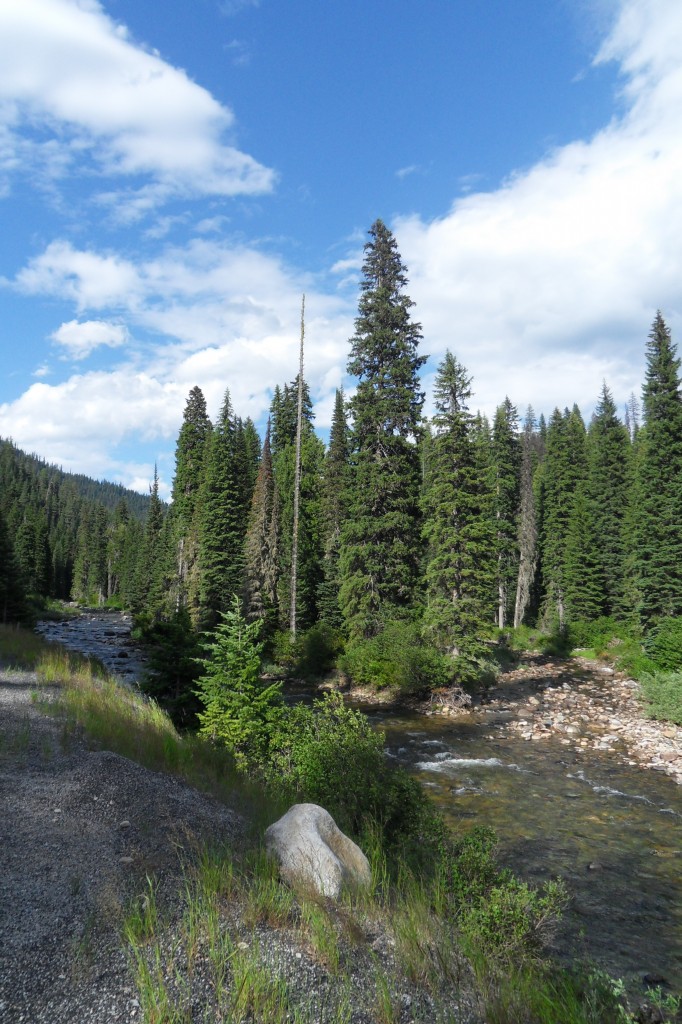 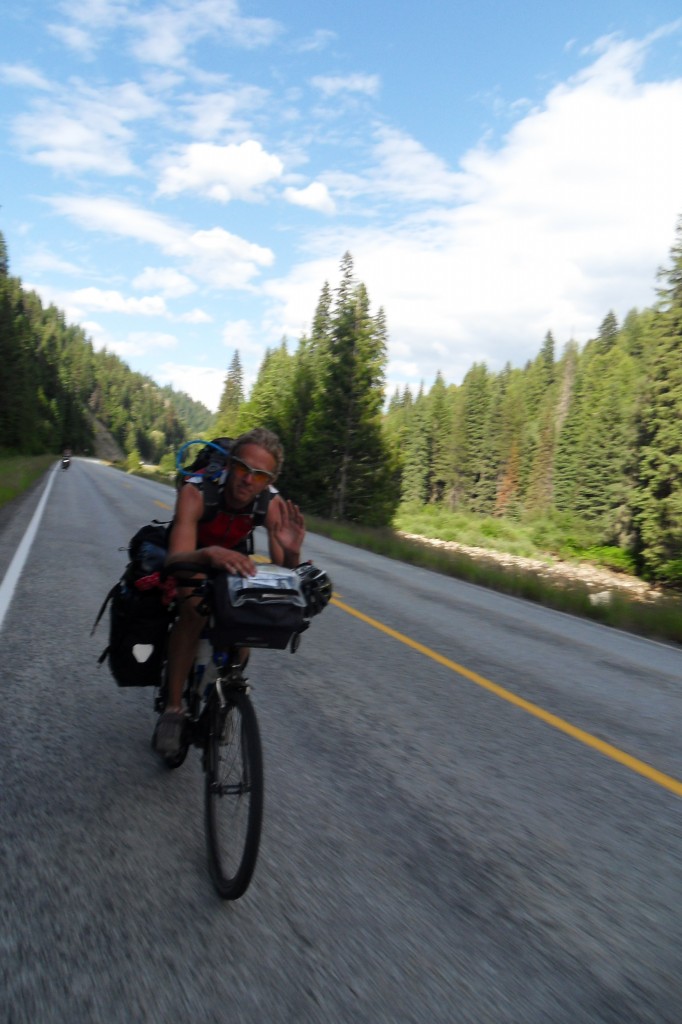 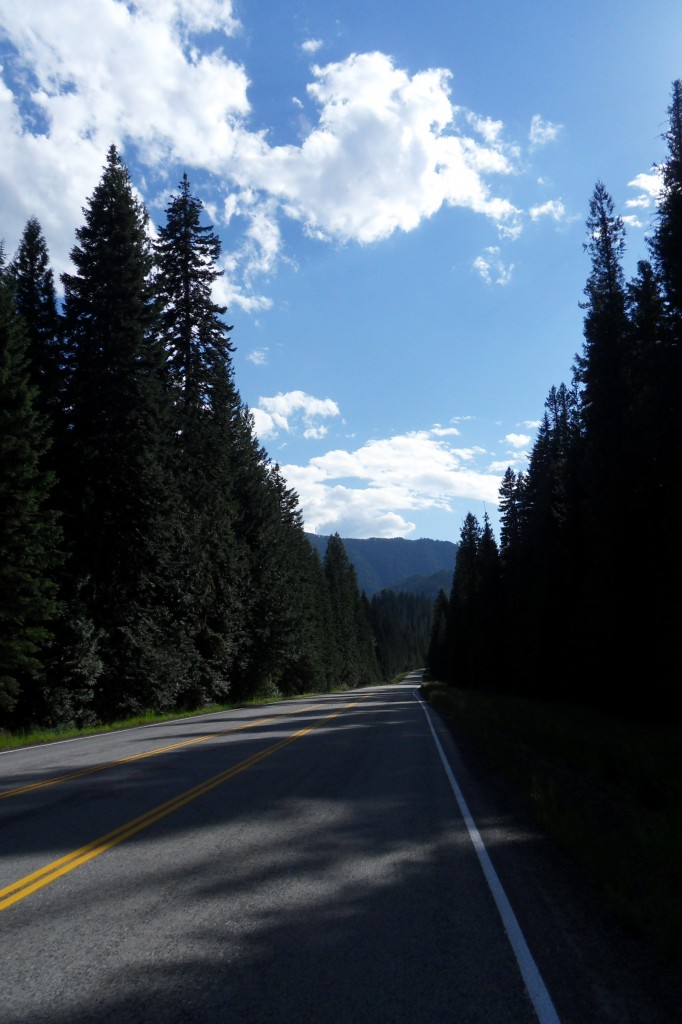 We met up with Stefaan and Jessica at the small settlement of Powell which has a lodge and camping, we were able to put all our tents on one site which made it $1.25 each! We had a bunch of Franks for supper on toasted buns. I was surprised by the lack of bear notices or bins in the area, they must have black bears out here and if they don’t someone should put them here. 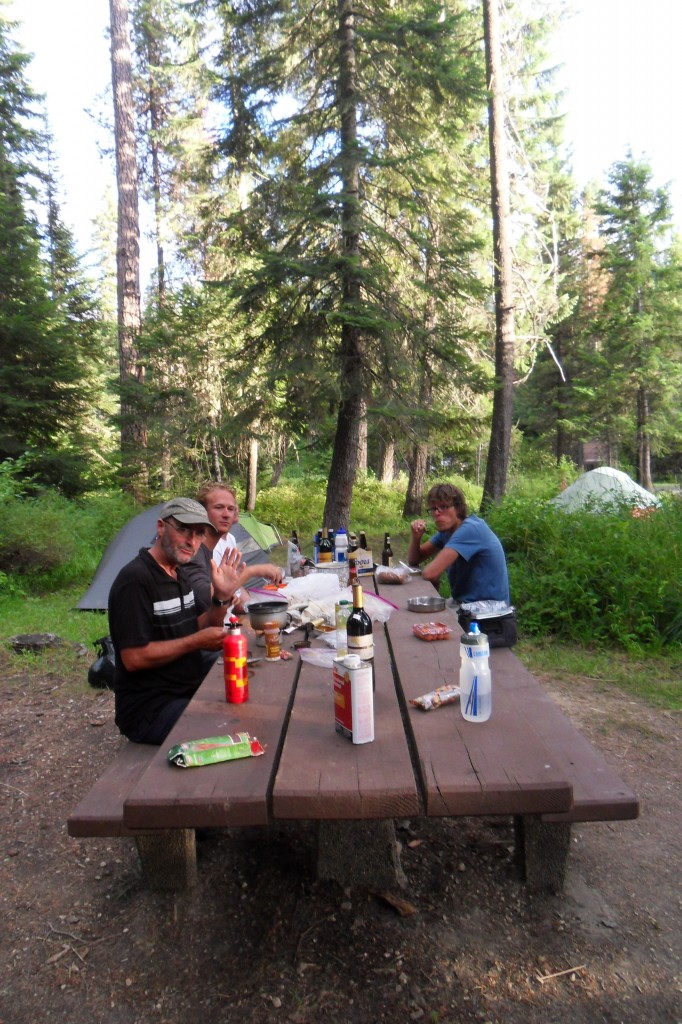 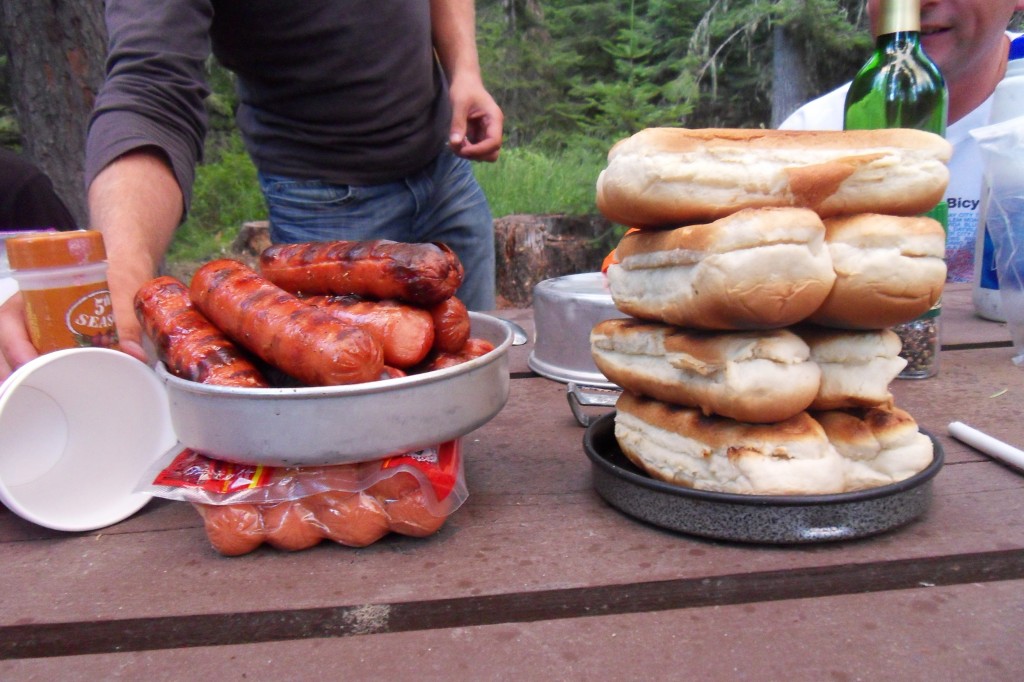