Today was a mission to make it to the Adventure Cycling headquarters in Missoula before closing time. The route turns at Lolo so its actually a 13 mile detour, 26 in all coming back to the trail but we didn’t mind. The others set out early but me and Wim had a casual breakfast then drafted our way at 16mph to catch up. 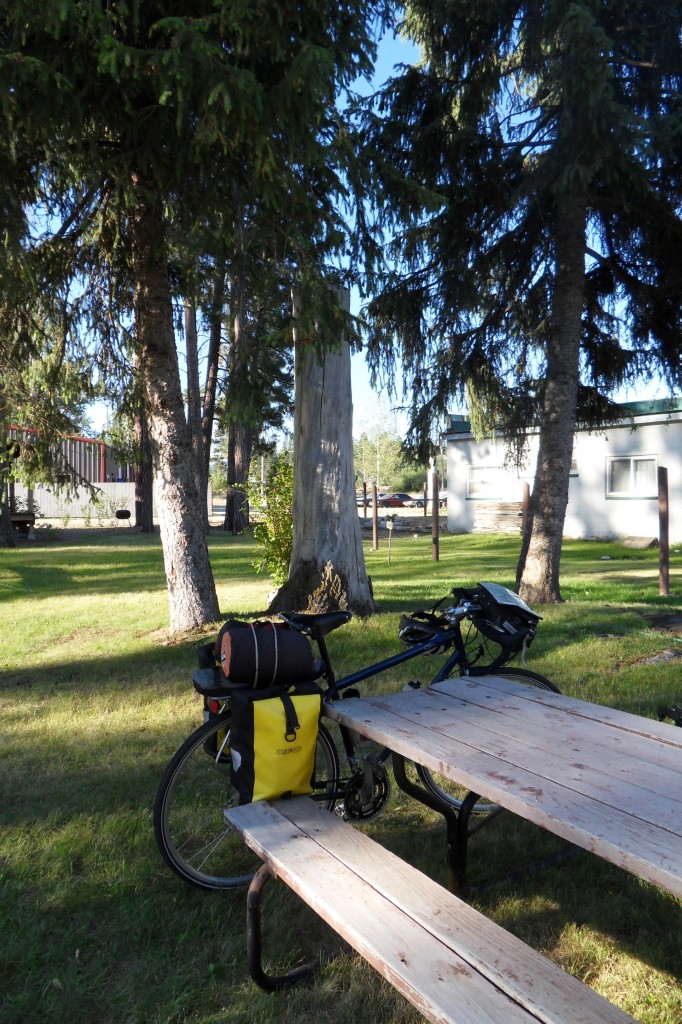 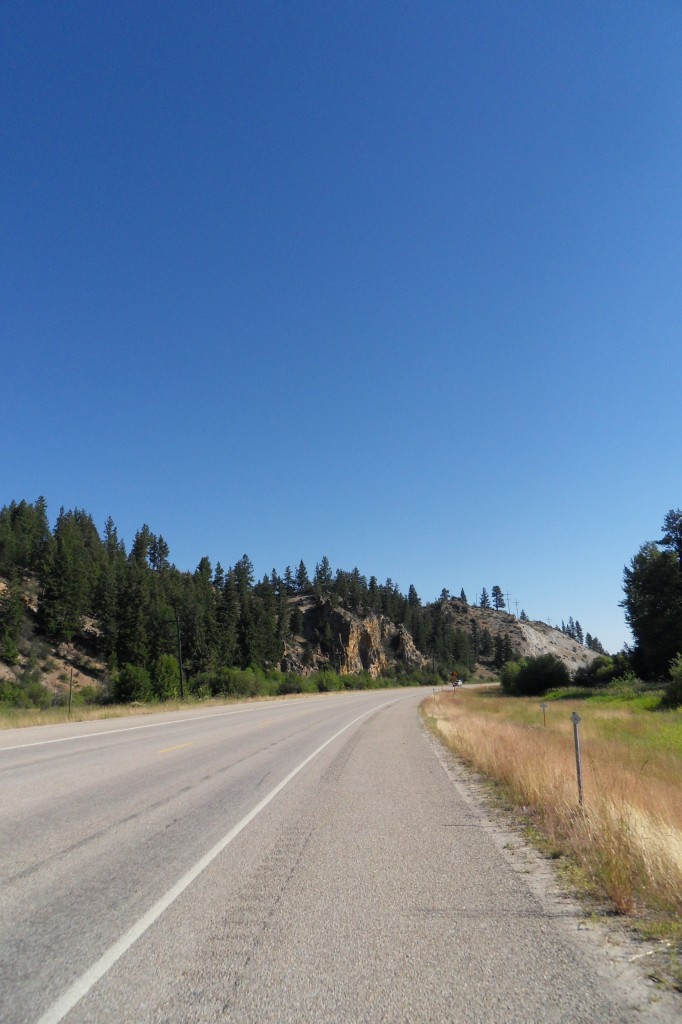 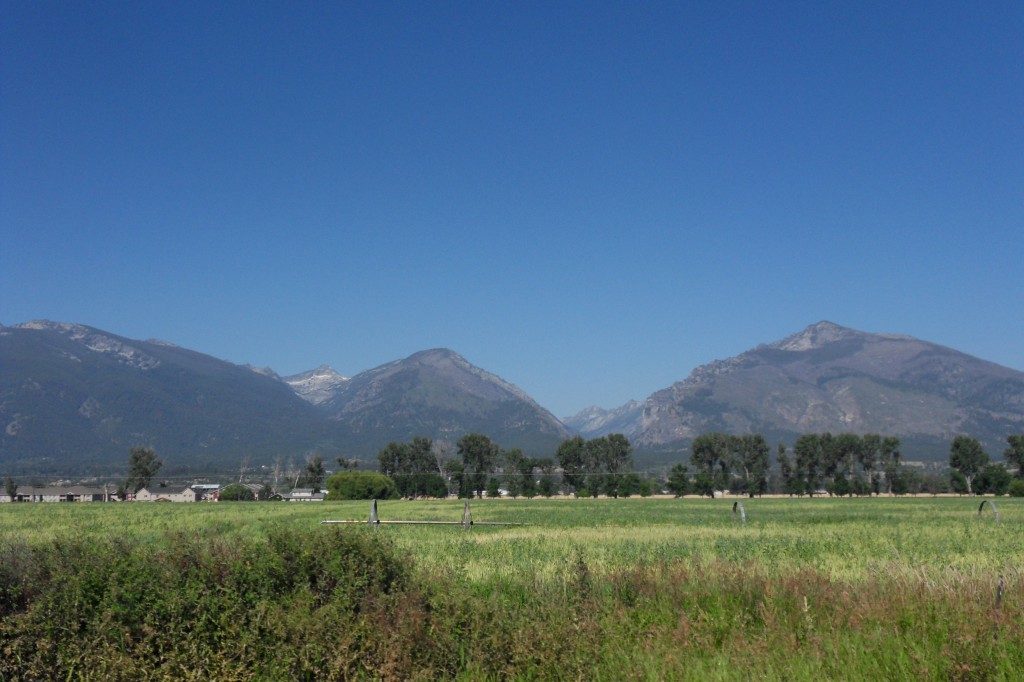 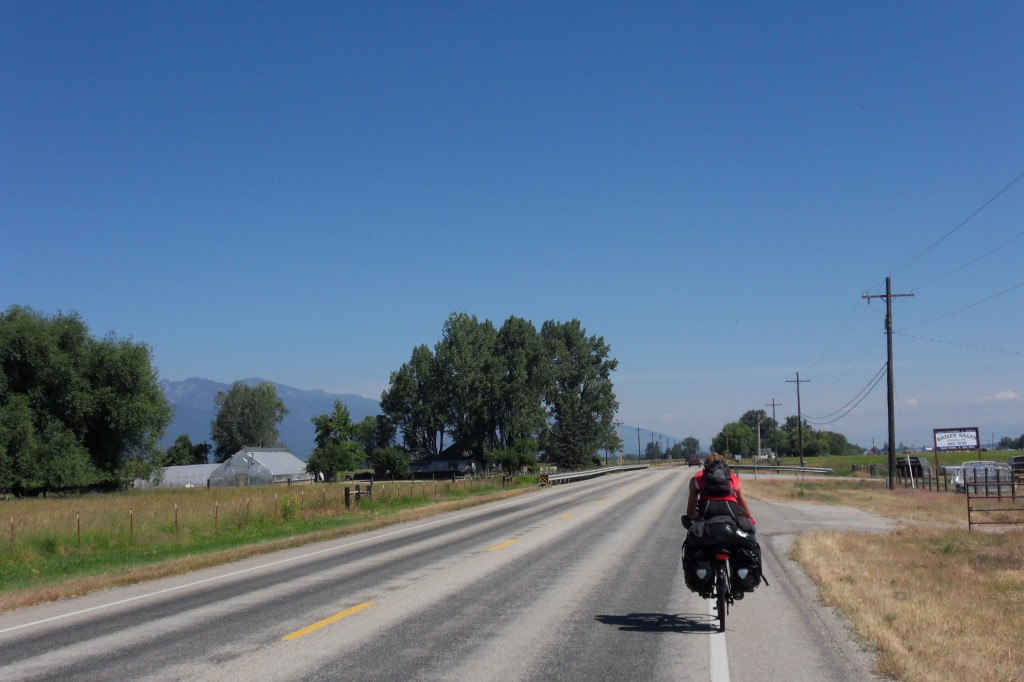 From Stevensville there was a bike path all the way to Lolo, it felt like a pilgrimage back to the home of the TransAm trail in Missoula and we were cruising so there was no doubt of reaching the destination in time. Stefaan had set out alone today he was only going to Lolo and planned on hitching a ride into Missoula tomorrow.

After entering Missoula the local bicycle network kicked in and the paths continued, everybody is on a bike, you can’t move for bikes. 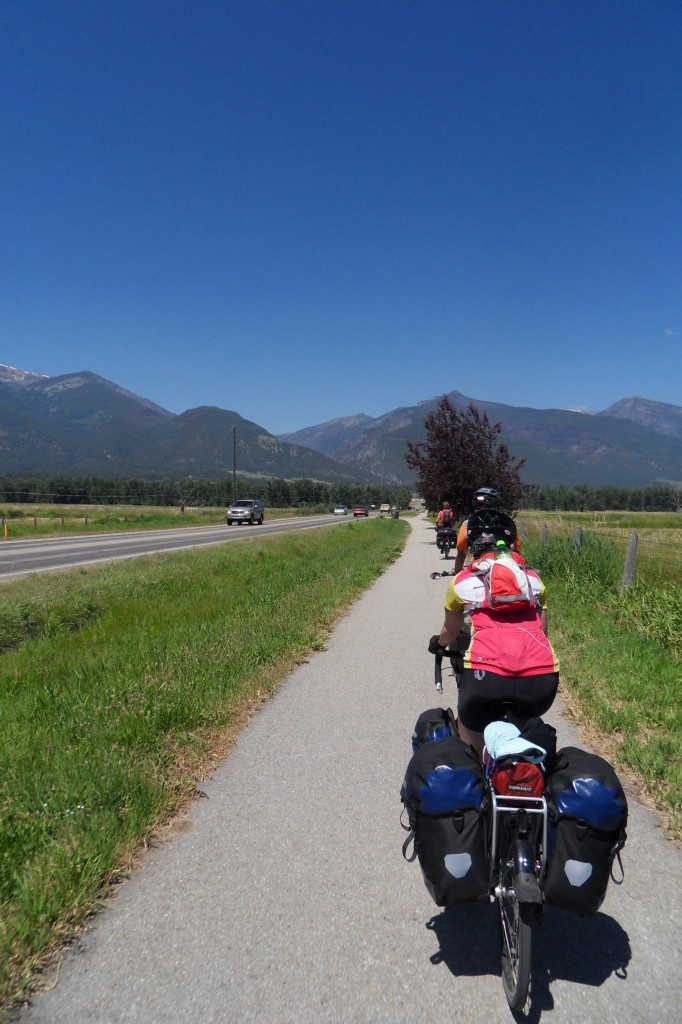 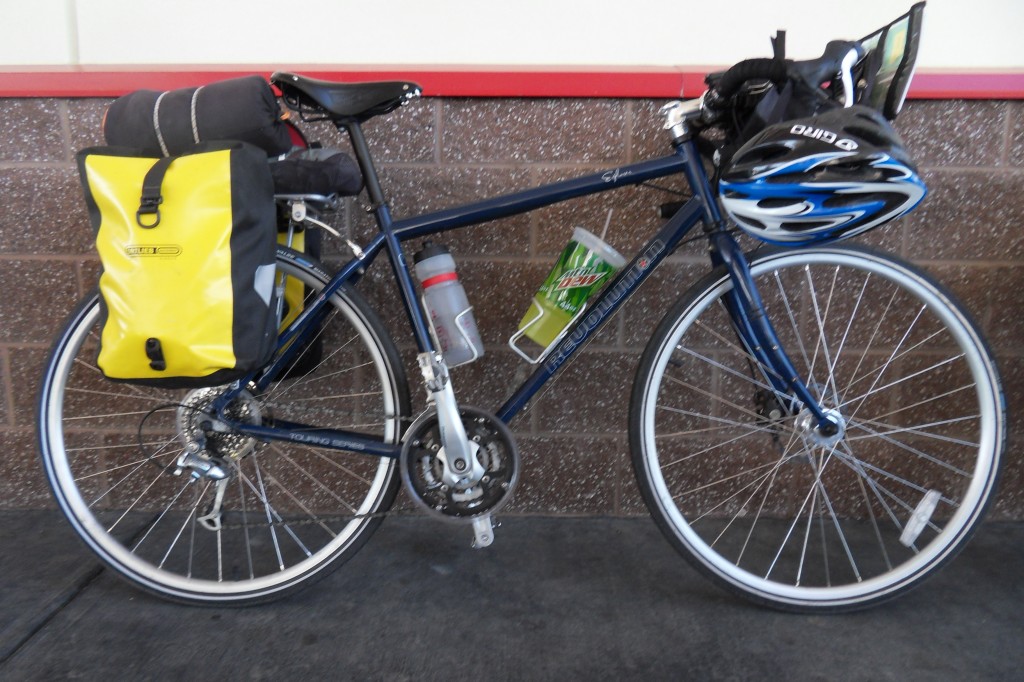 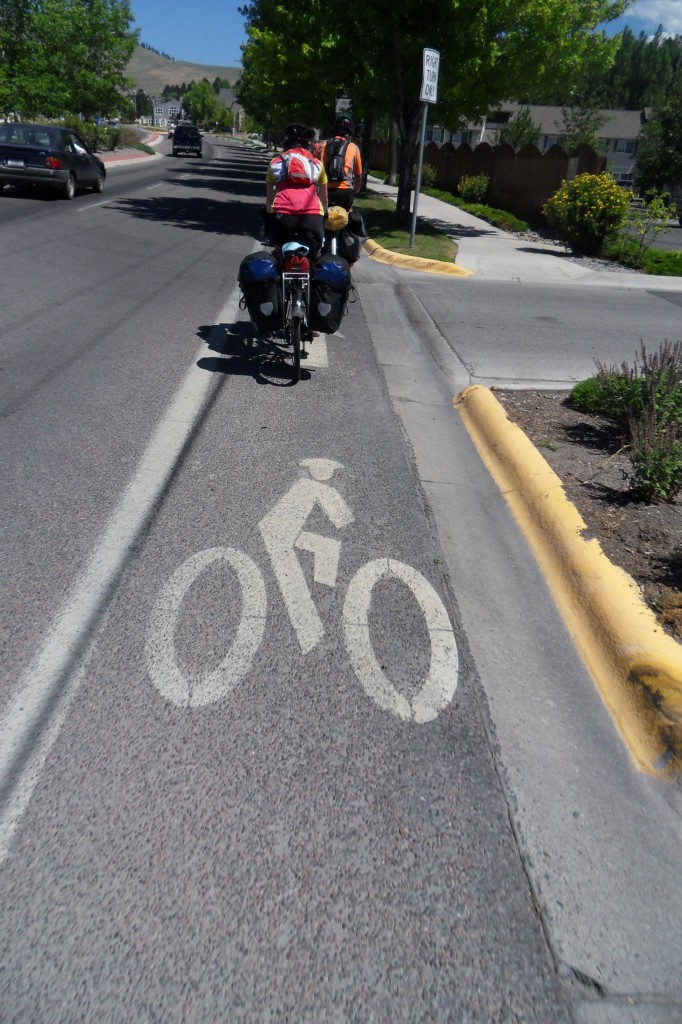 We eventually reached the headquarters where you are immediately presented with a free membership, ice cream and soda after having your picture snapped for the wall of fame. I spent several hours looking at all the memorabilia on display and spoke briefly with Greg Siple one of the 4 who created the TransAm.

We checked into a motel room and took a dip in the hot tub, only to make it feel remotely warm you had to jump into the freezing pool first. We had Italian for supper and went and sat by the river until sunset with some live music playing in the background and people returning up the banks from their day of tubing on inflatables downstream.

We are taking the day off tomorrow to see more of Missoula and I plan on visiting the ACA again to pick up another map because me and Wim have now decided to cycle up the coast a few days to Portland once we have finished. 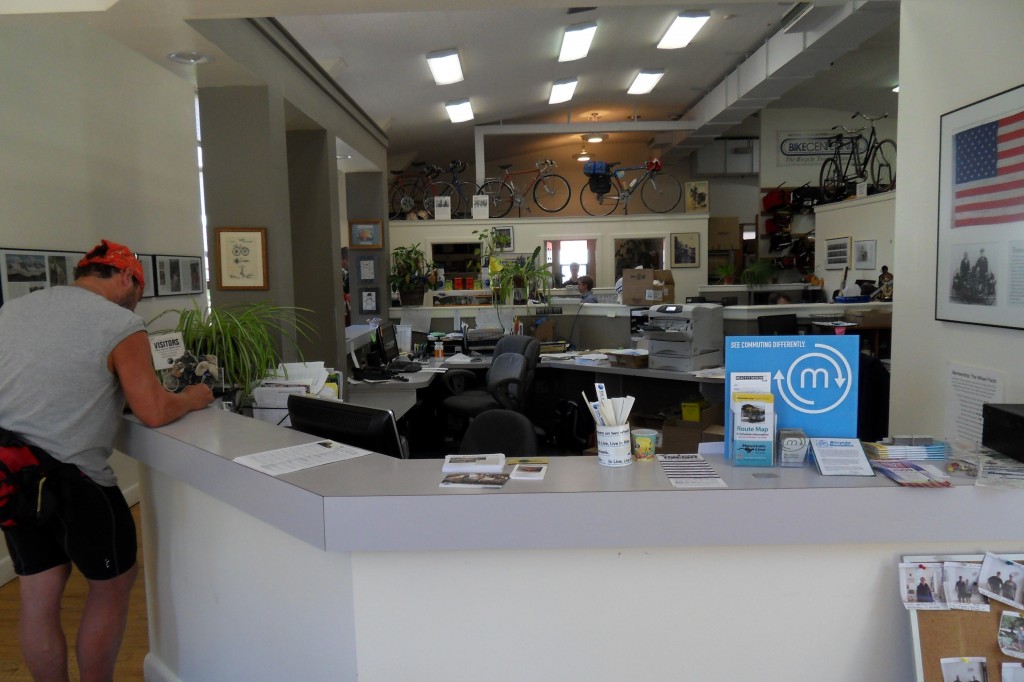 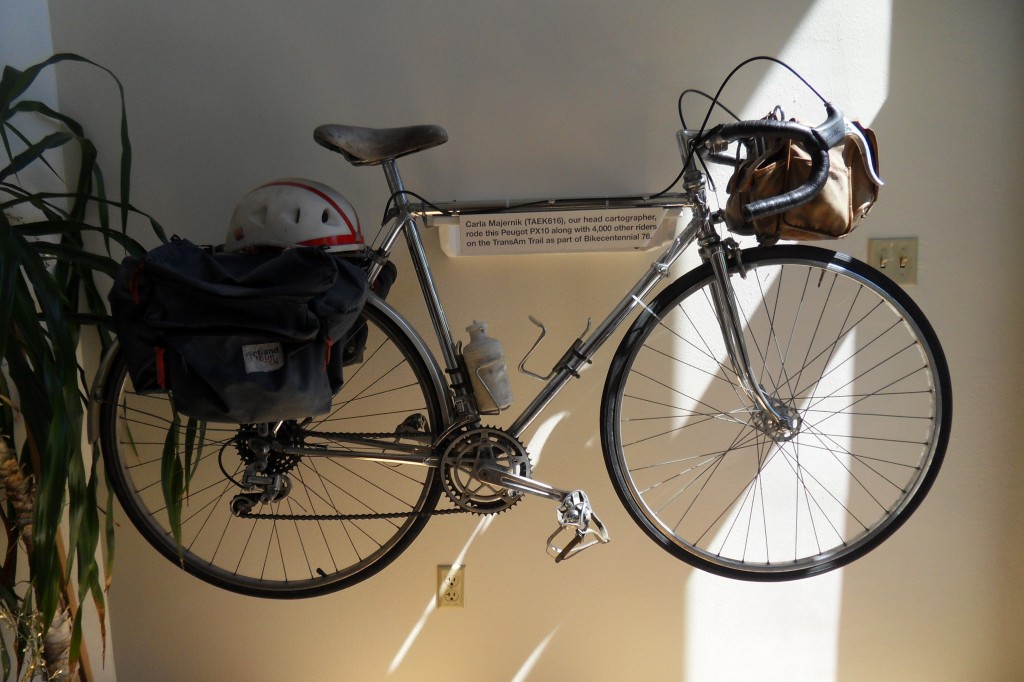 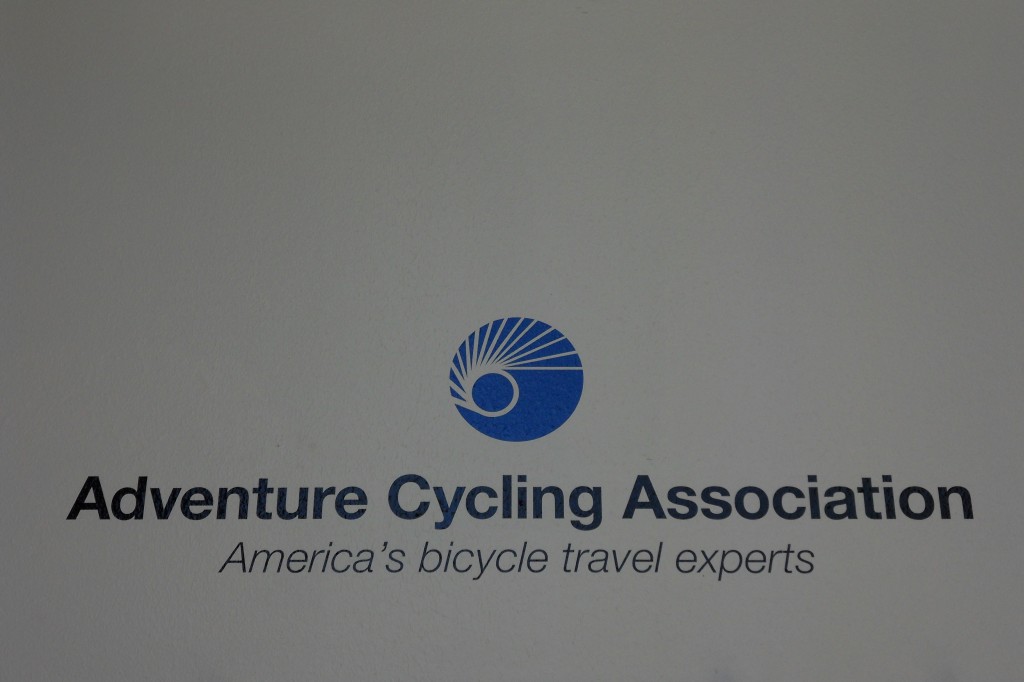 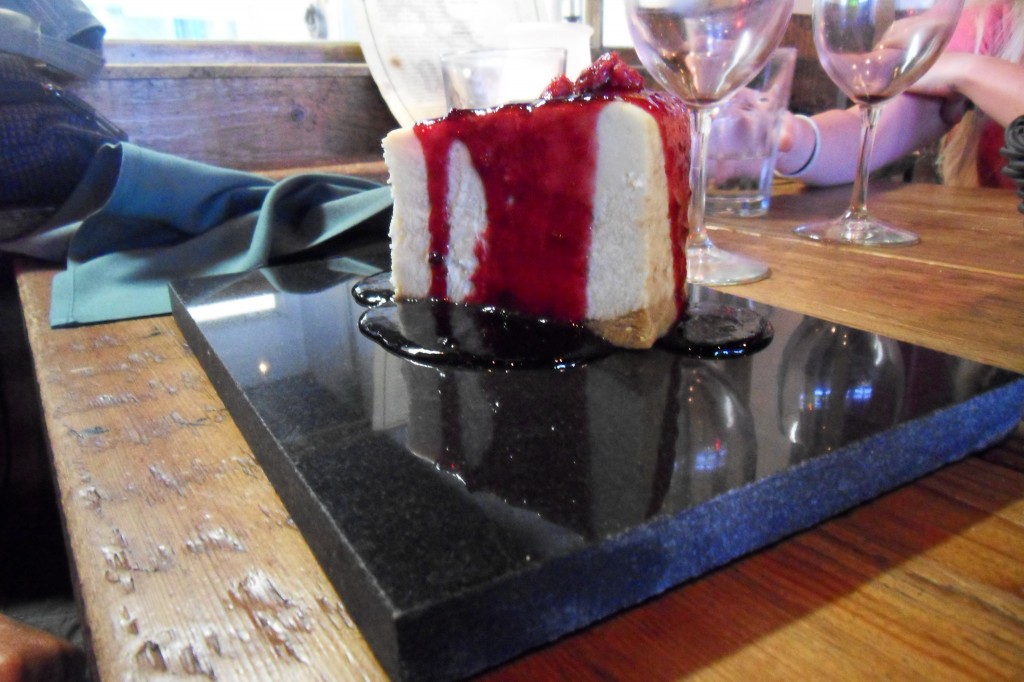 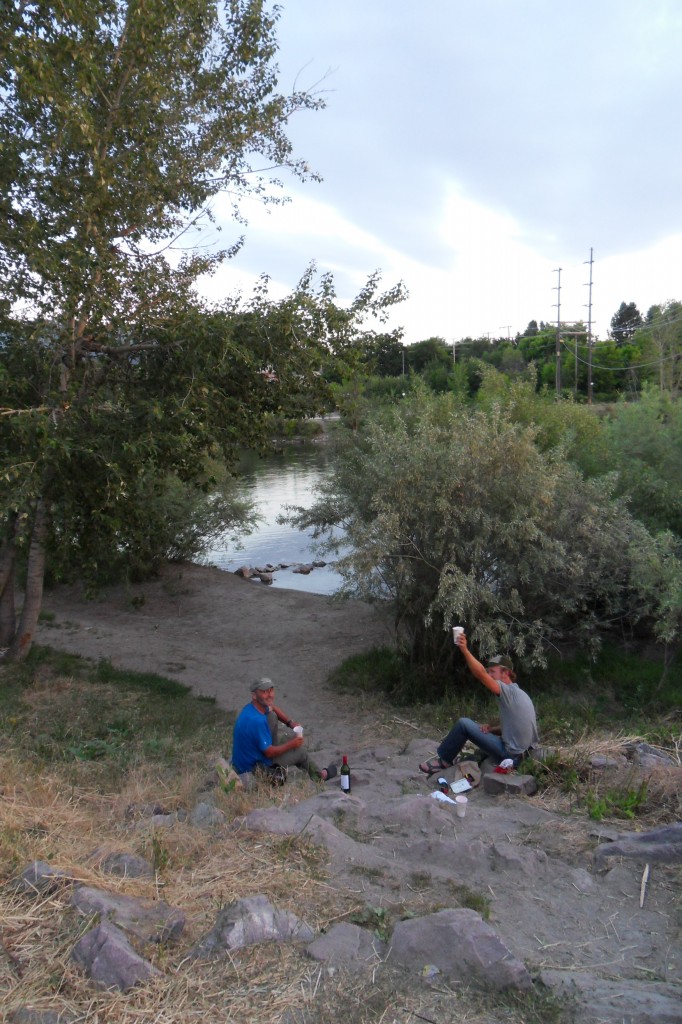 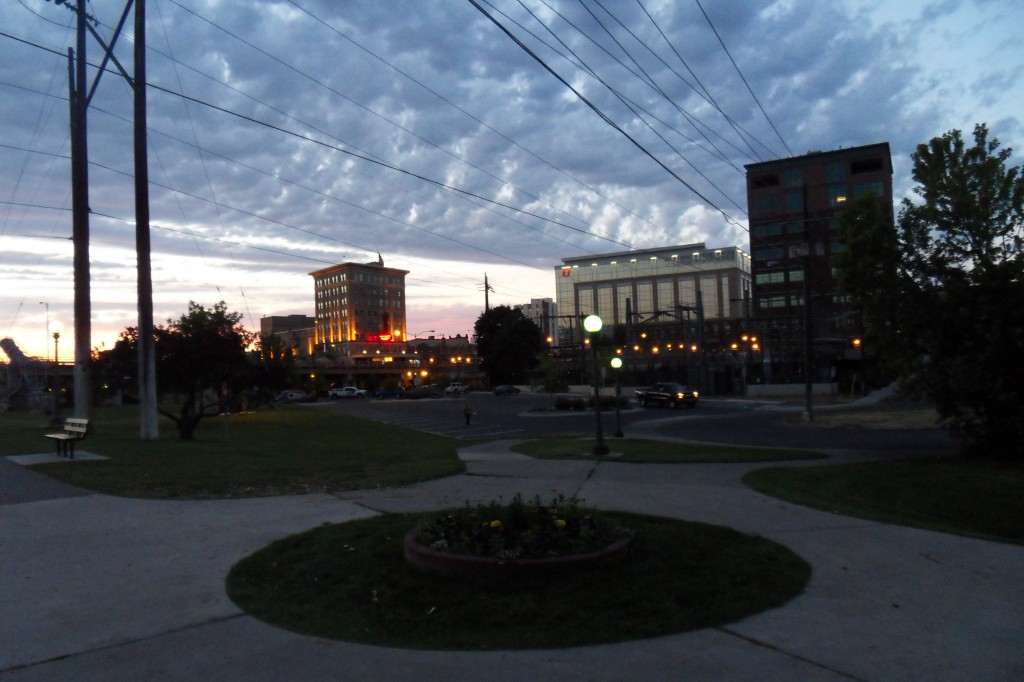 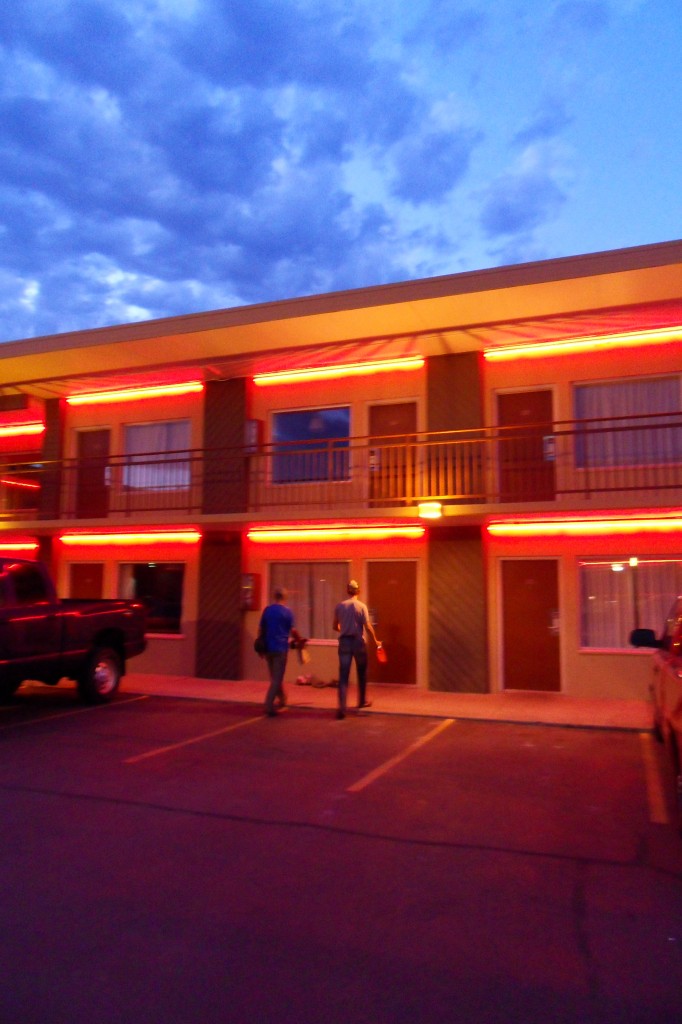