Leaving the tent this morning I was attacked by mosquito’s, they are intense around here. One woman at the lodge this morning mentioned she has lived in Alaska but they are worse here! I give my tyres a morning squeeze and found the rear was flat. I left it till after breakfast to change but on doing so discovered the tyre itself had a slight buldge and was severely worn at one point.  I felt like Joe Meyer, www.ryanandersonneedsatyre.com, I’ve had these schwalbe marathons since Carbondale. I switched the healthy looking front tyre to the back and put a few strips of duct tape on the underside of the other, it should hold until Missoula. 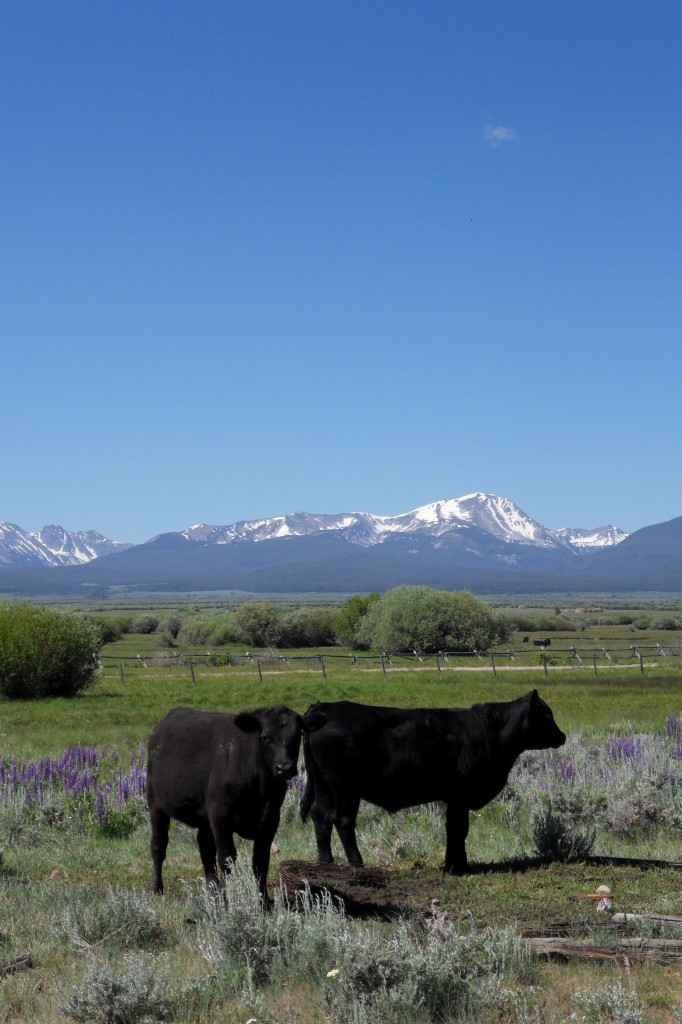 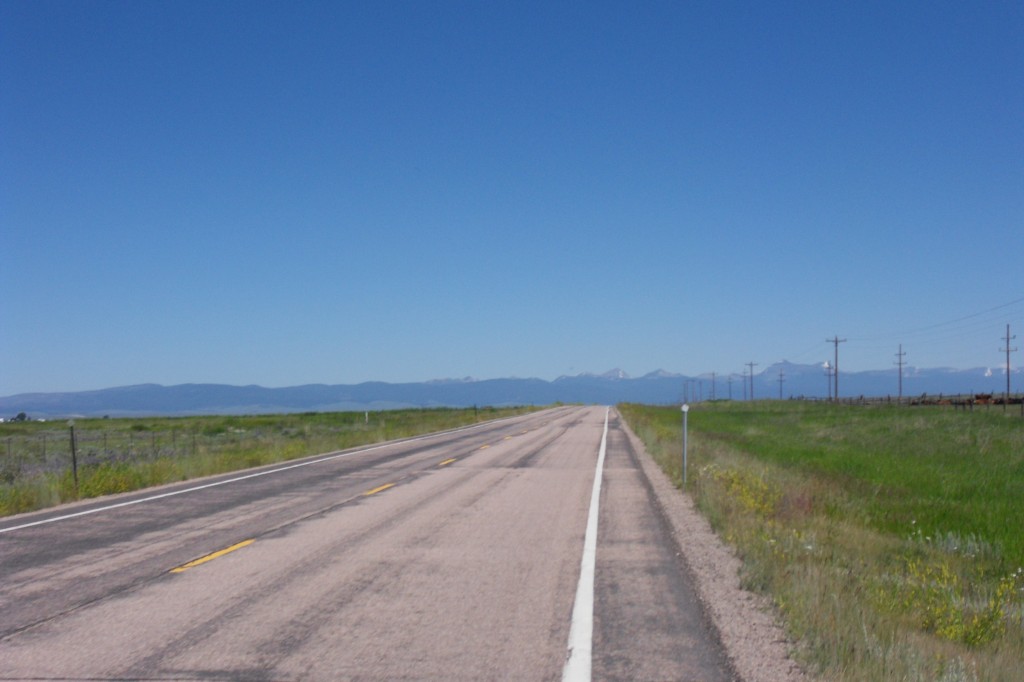 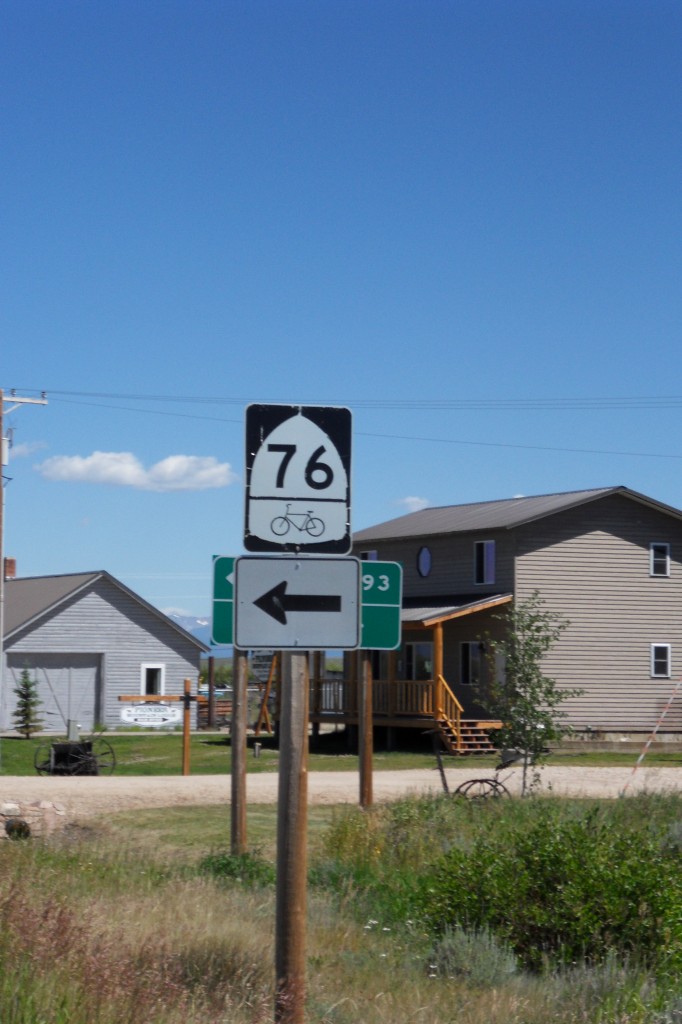 The ride to Wisdom was beautiful and similar to Wyoming I have been surprised by how much colour there is out here. Montana is doing its best to become my favourite state so far, changing wild flowers on the sides of the road set against a mountainous backdrop not mention the people are the friendliest yet. 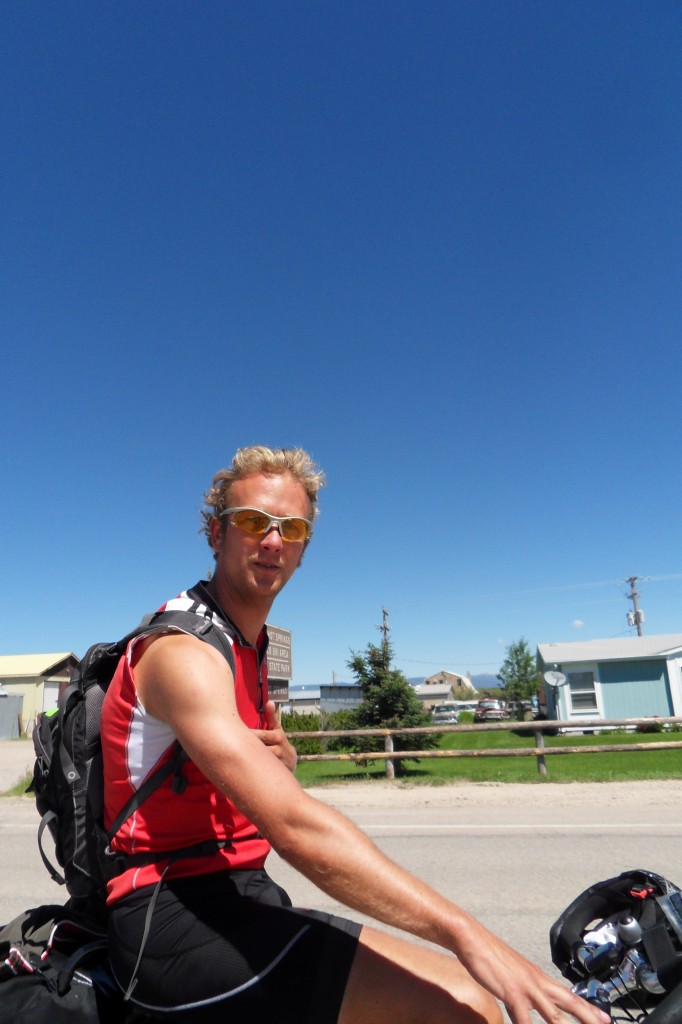 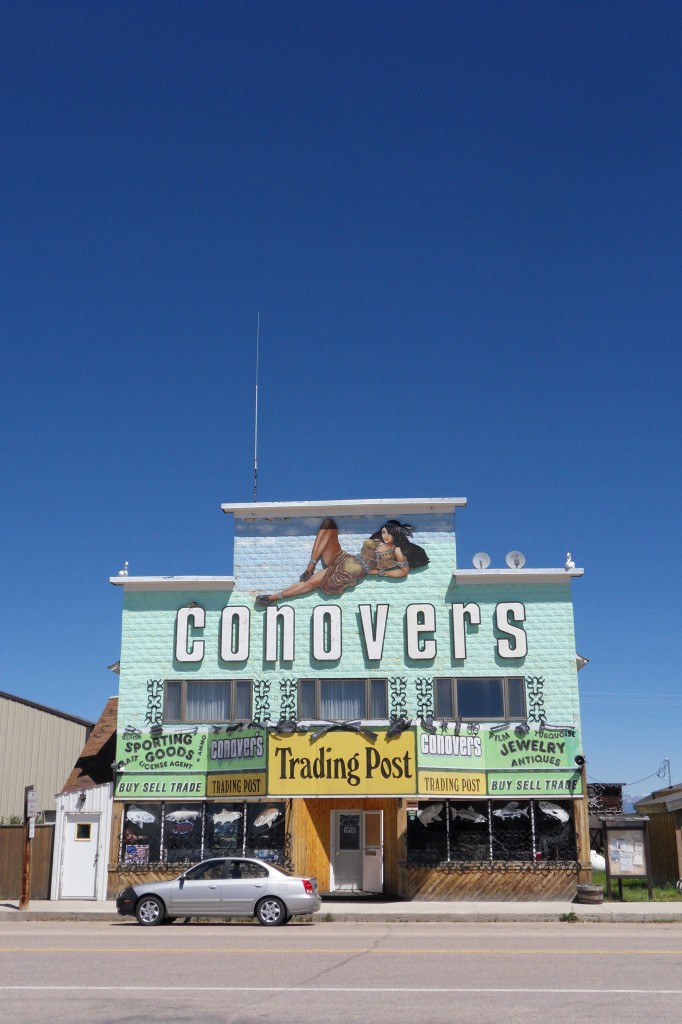 At the pit-stop in Wisdom I checked on the tyres, feeling good. From here it was about 25 miles to the start of a climb on another pass, which is becoming the story of each day. Lengthy flats, then a gradual climb to a pass most of them aren’t to severe in Montana as we ride through valleys between the mountains and just get to gaze at the surroundings. 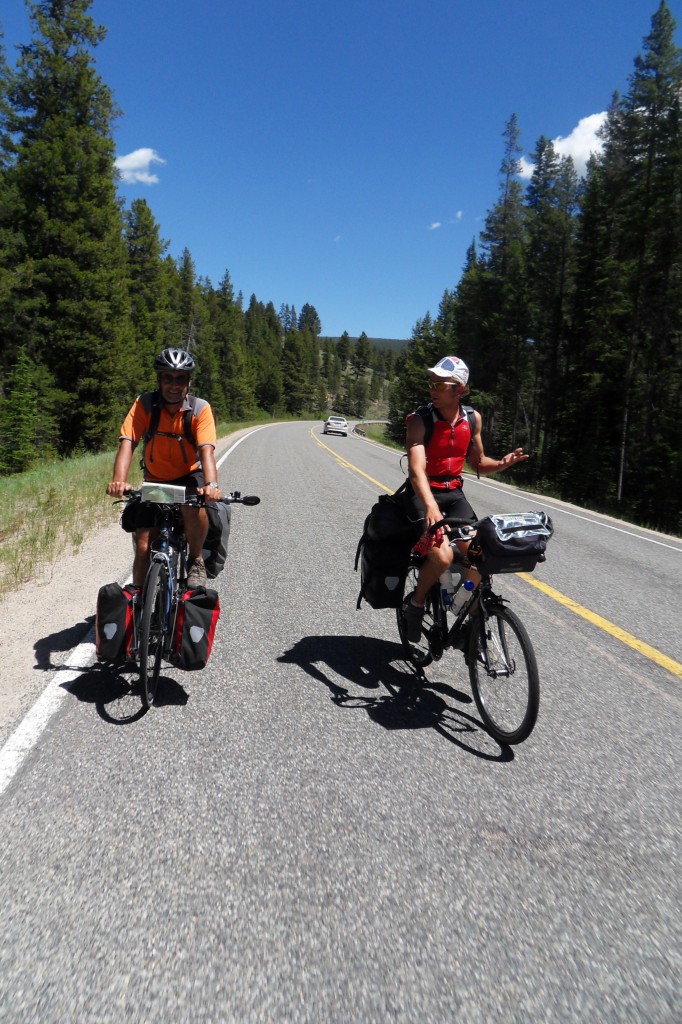 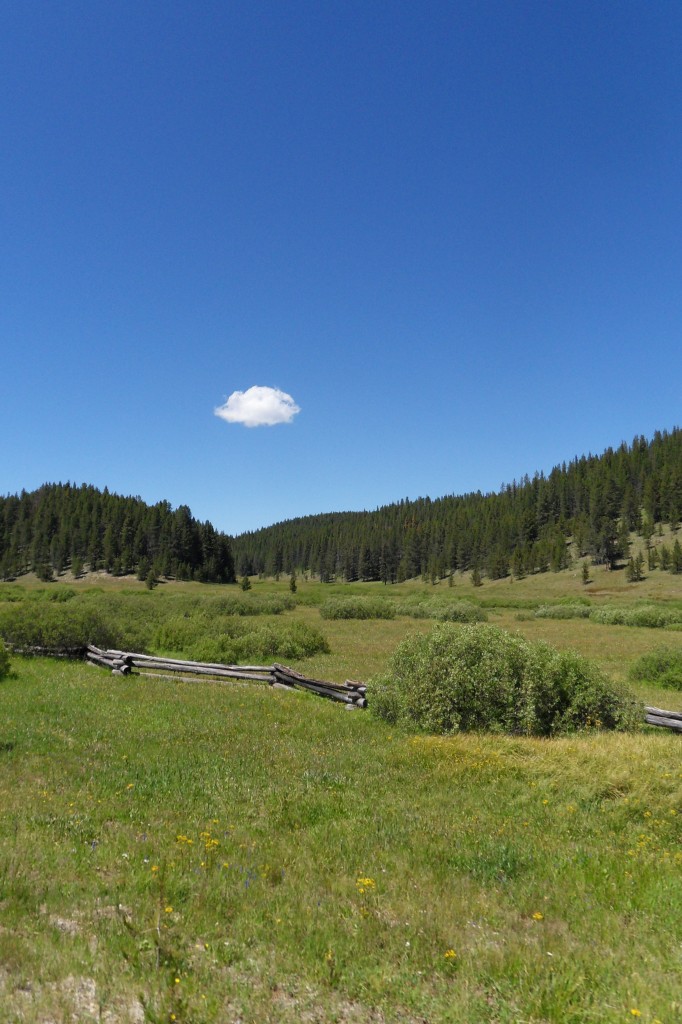 Once at the top we saw the usual fat people drive up, get out (some just wind the window down) snap a picture of the sign and fly away leaving a dust cloud behind them. The descent which followed was scary as hell but exhilarating. The sights were incredible but unfortunately its not suitable to take pictures whilst bolting down a mountain at 40 mph, breaking isn’t even an option because by the time you stop the photo op would have passed. The descent actually carried on for the rest of the day. We stopped for dinner just short of Darby where the locals were all watching a big foot documentary which seemed to just show the 5 second footage of him over and over. We left into the early evening to reach the campground in Darby and saw a heard of Bighorn sheep along the way. Stefaan had been there several hours after he set out early this morning but had gone into town. The campground owner came out briefly but returned to his trailer to sleep, he said “If you need anything come over by the window there and hit reeeeeal hard ‘cos I sleep good”. I was going to sleep reeeeeal hard too after another good day on the mileage front.

One Reply on “Day 60: Marvellous Montana”