The elevation profile for today’s ride looked like the best all trip, a long sloping downhill towards Ennis, losing about 2,oooft over the ride. Because of this me and Wim enjoyed a more than casual morning not setting off until around 11am. Getting out of the Yellowstone area provided a nice return to the tranquil riding conditions we have been more accustomed too with hardly a car on the road. 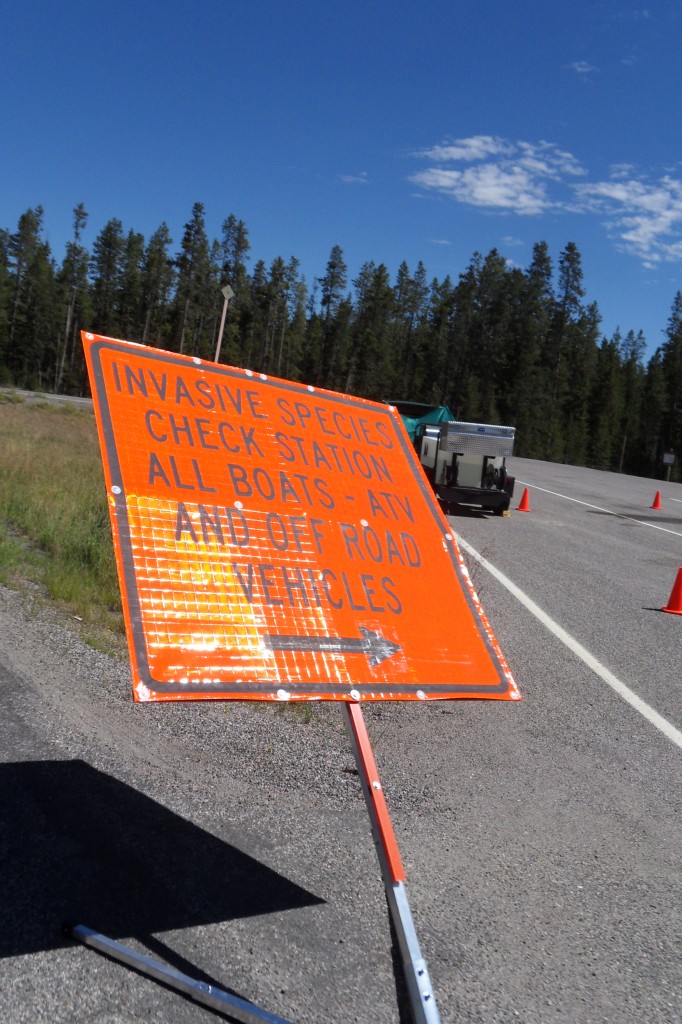 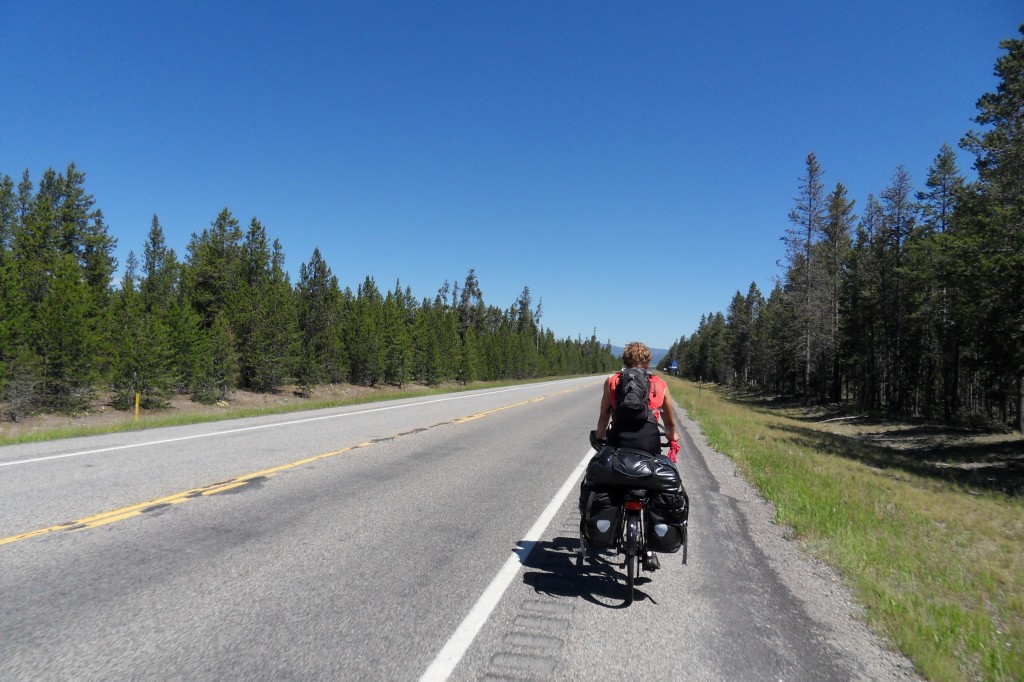 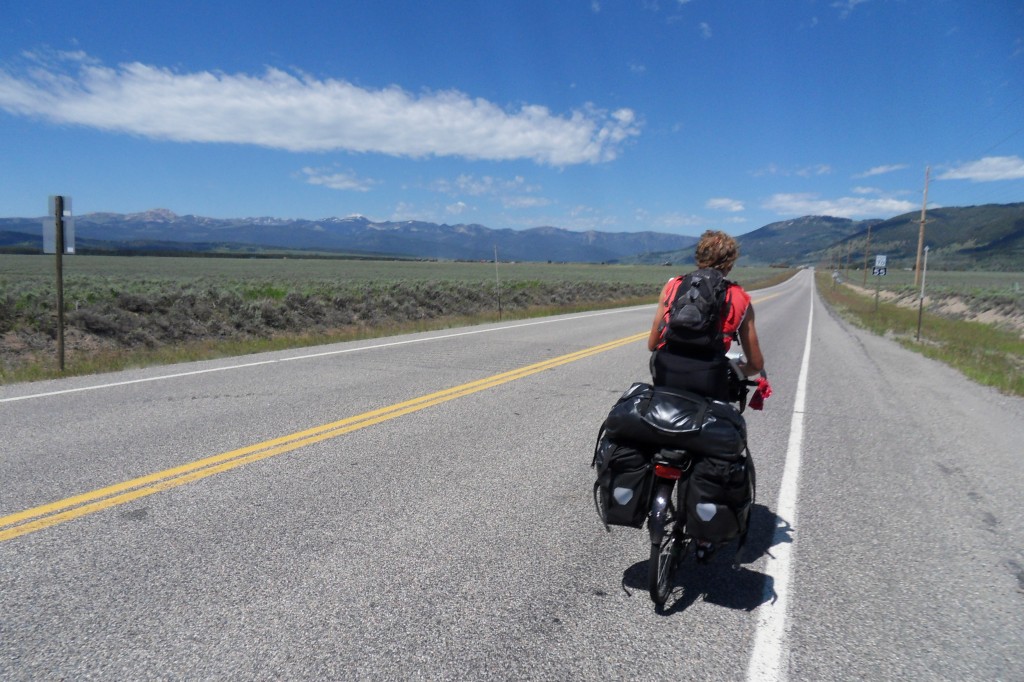 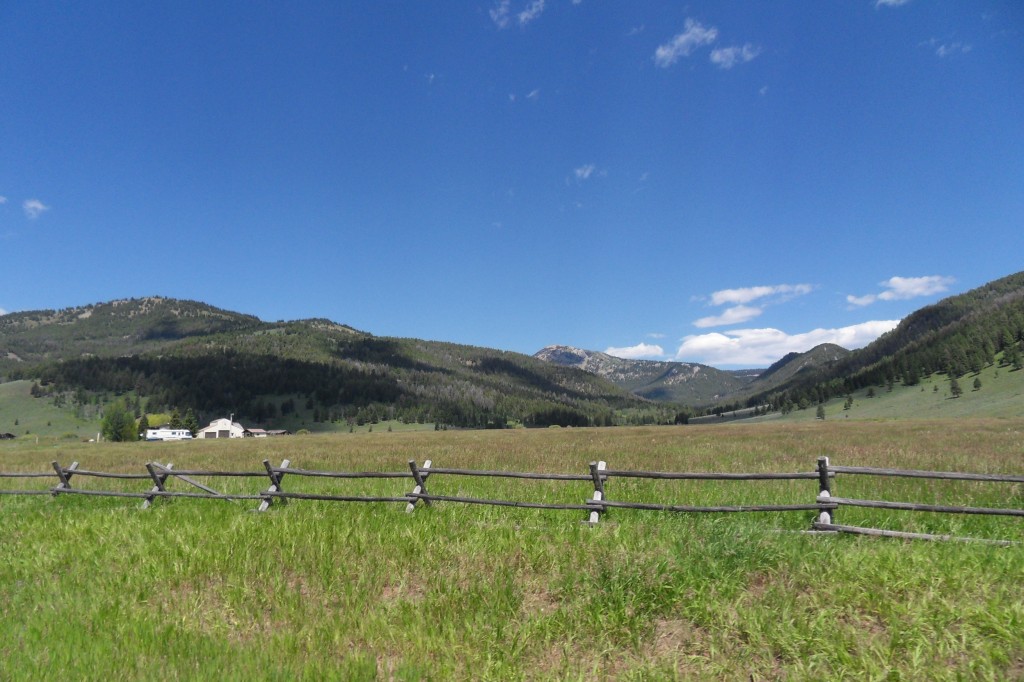 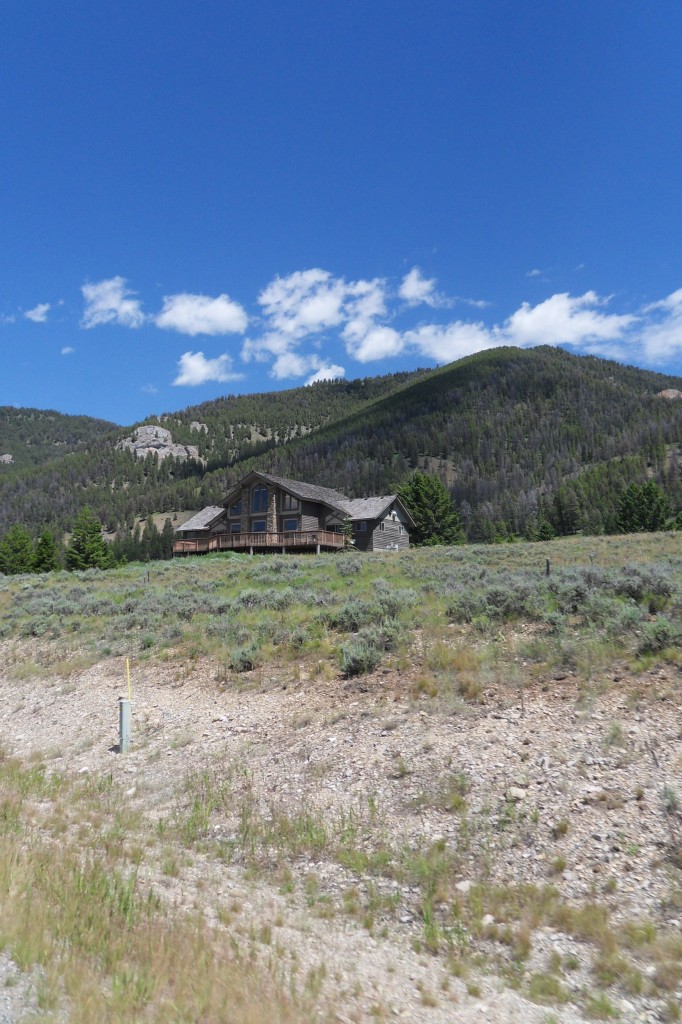 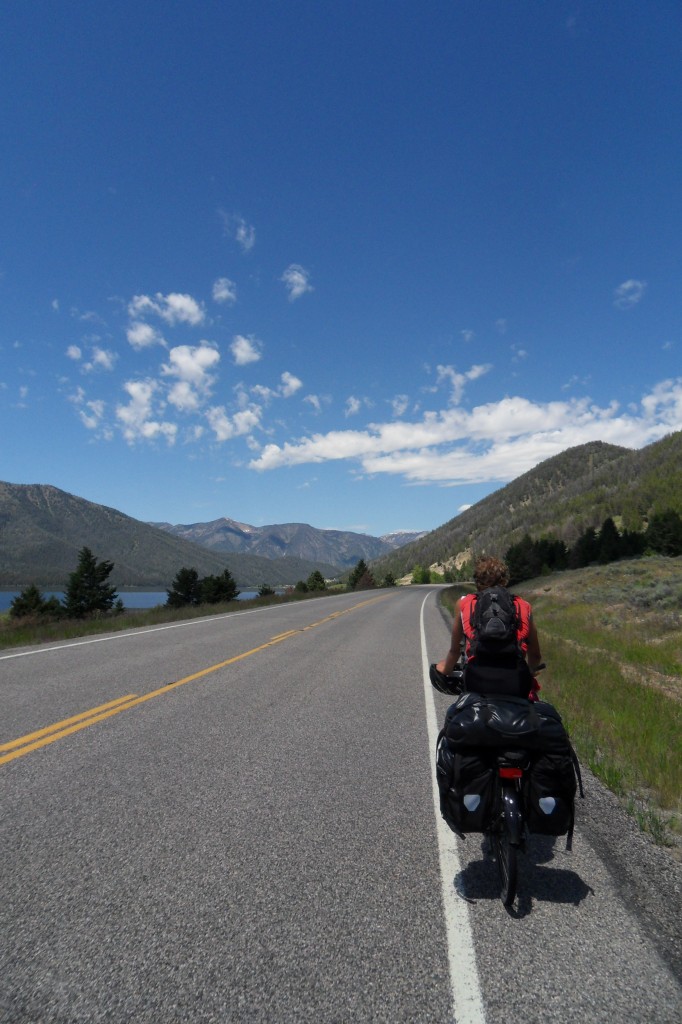 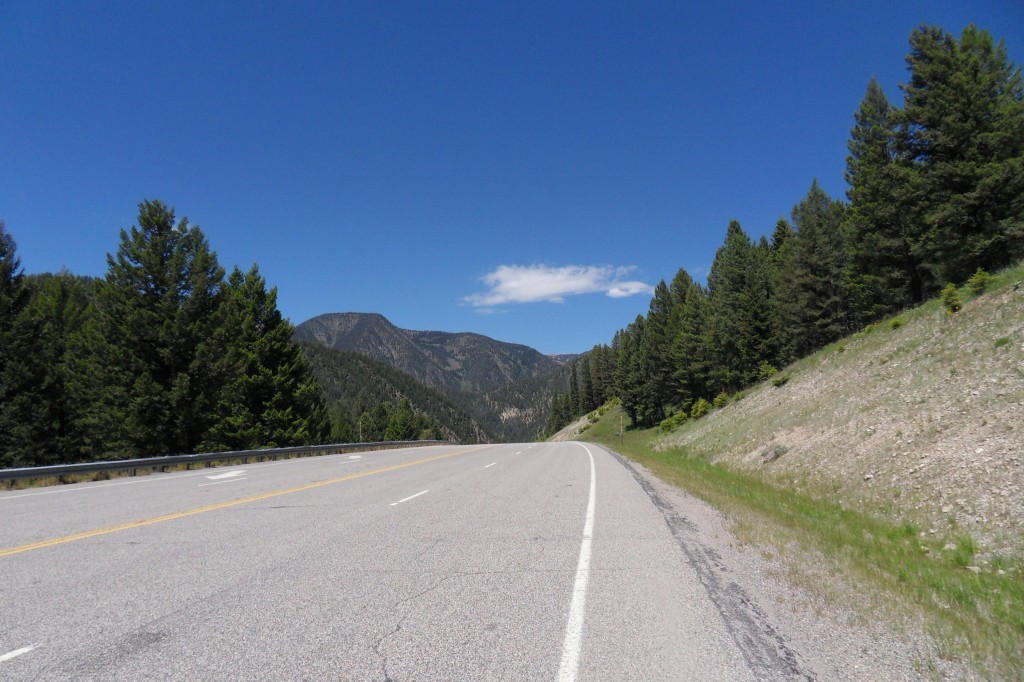 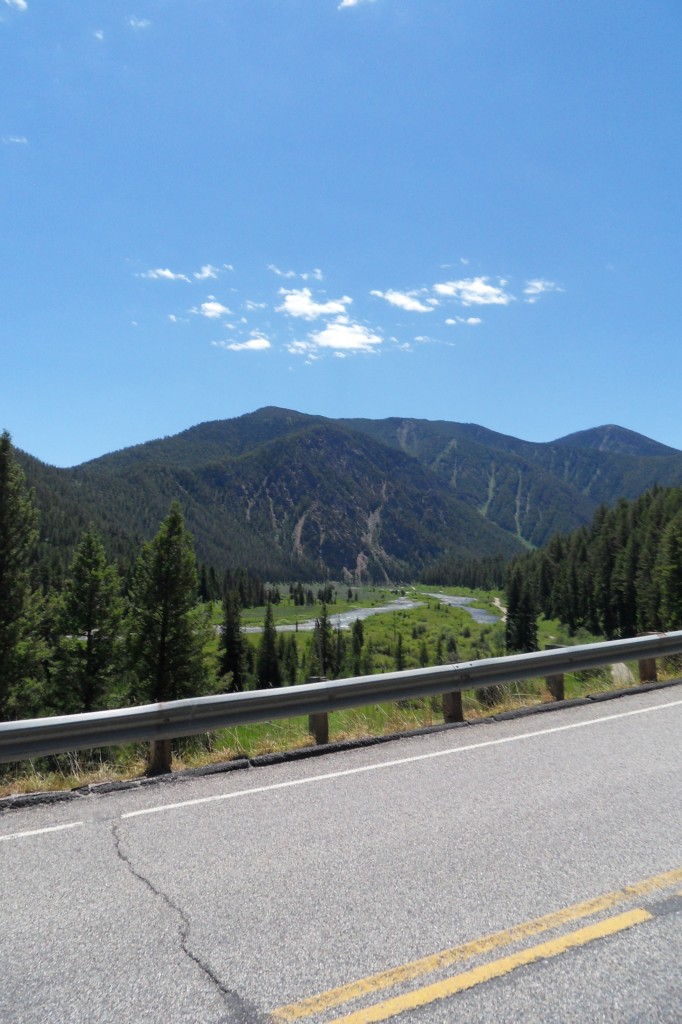 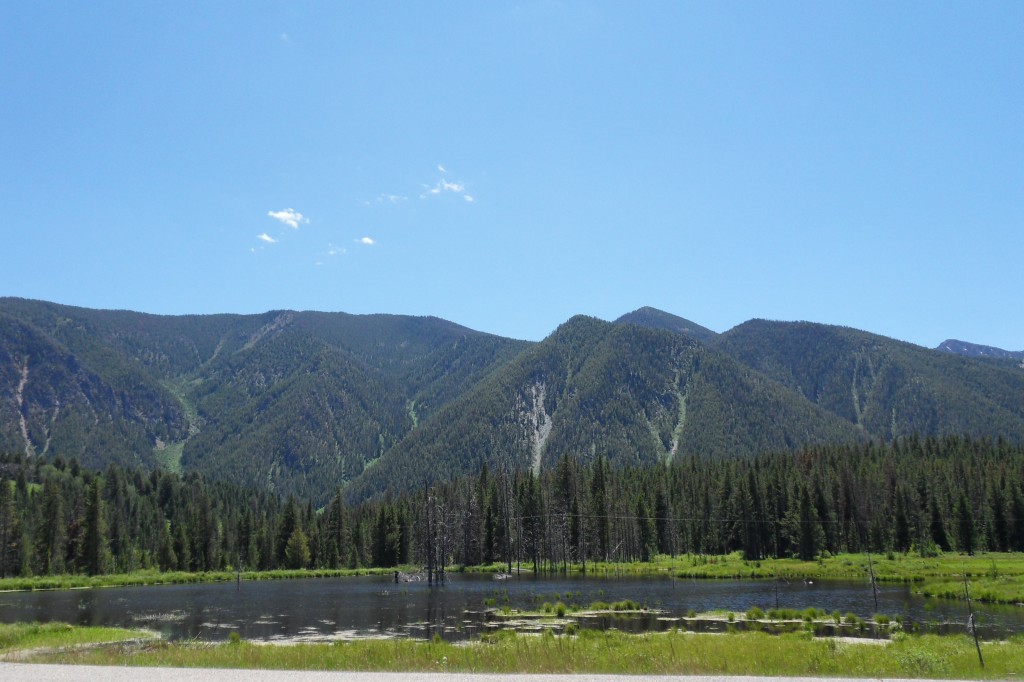 We flew around Earthquake Lake which was unsurprisingly caused by an earthquake many moons ago. We stopped for a brief lunch at a rest area where I went to use the bathroom, there was only one toilet stall. As I was sat a guy comes in with 3 young kids, 2 of which decided to stick their heads under the door to say hi whilst they were waiting, the dad was furious with them but I thought it was hilarious. 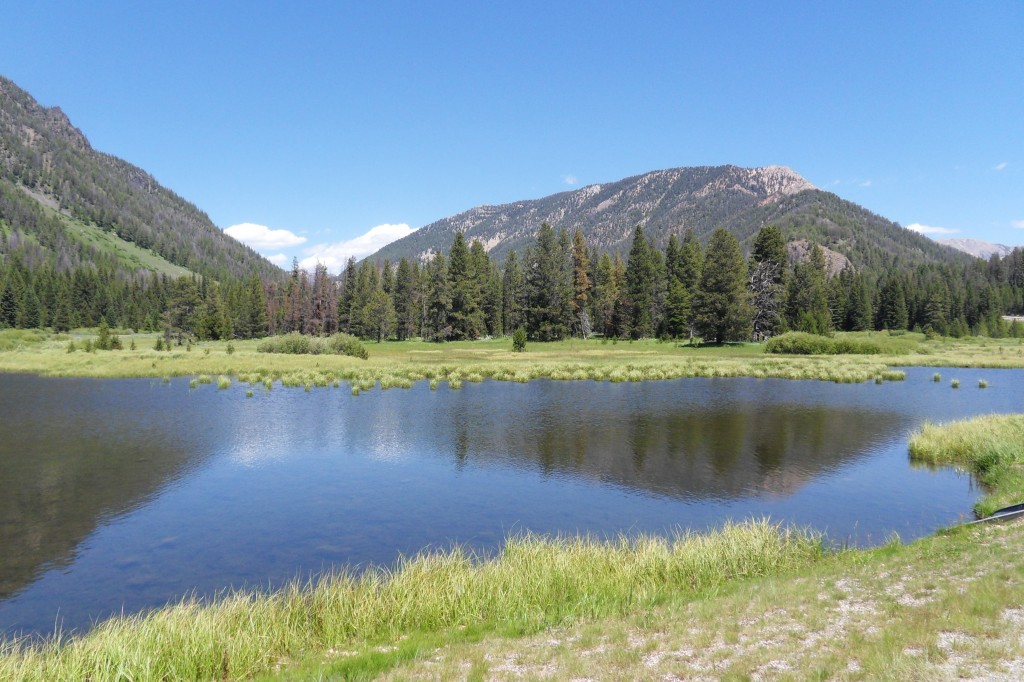 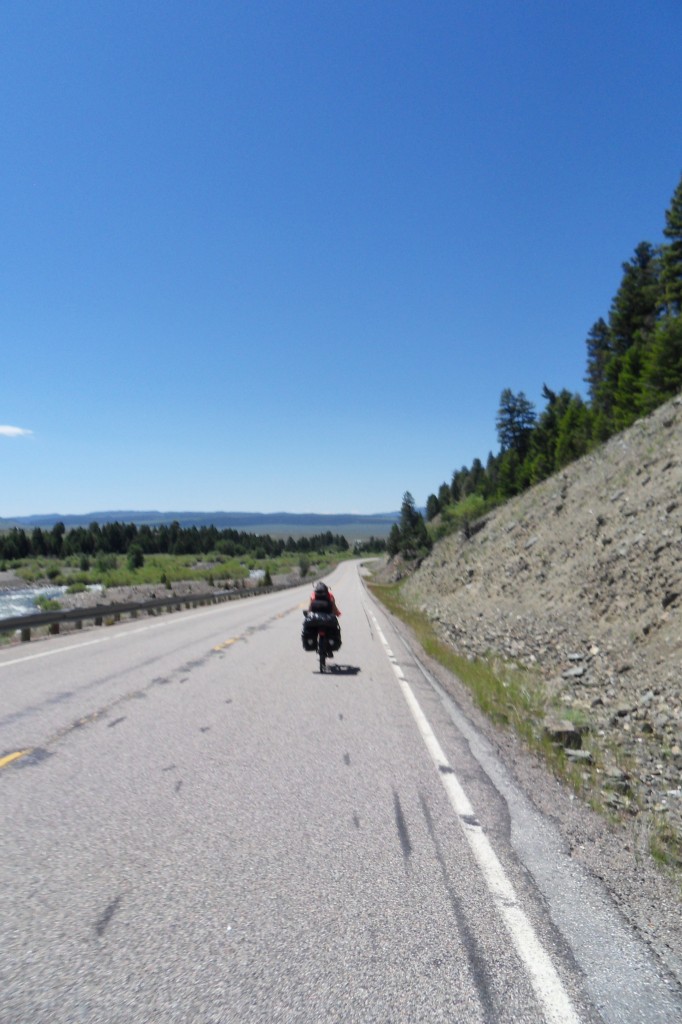 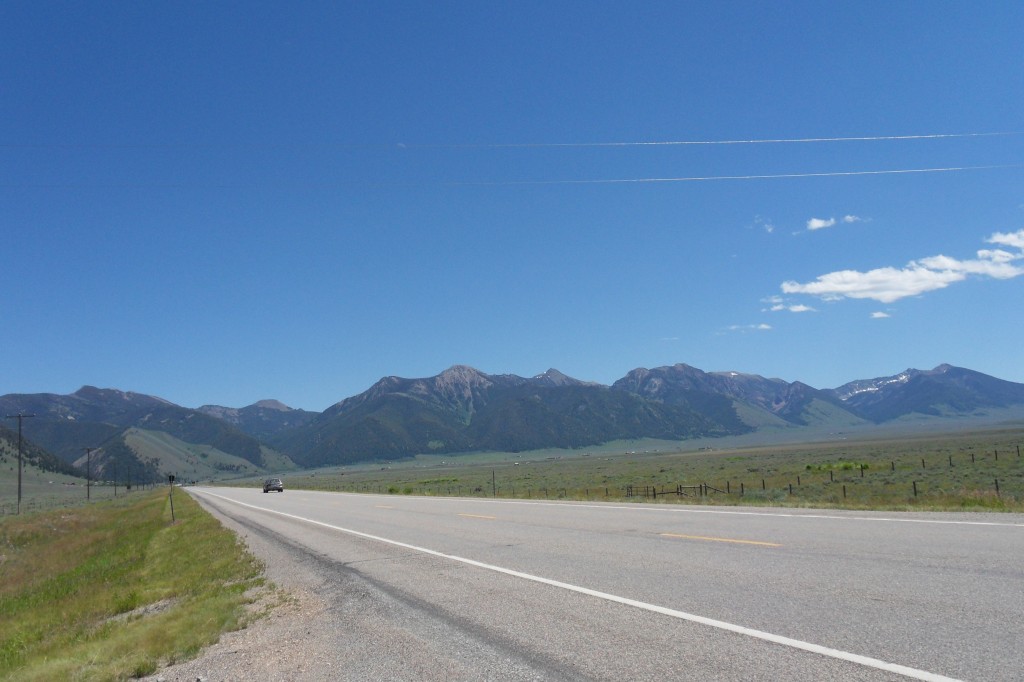 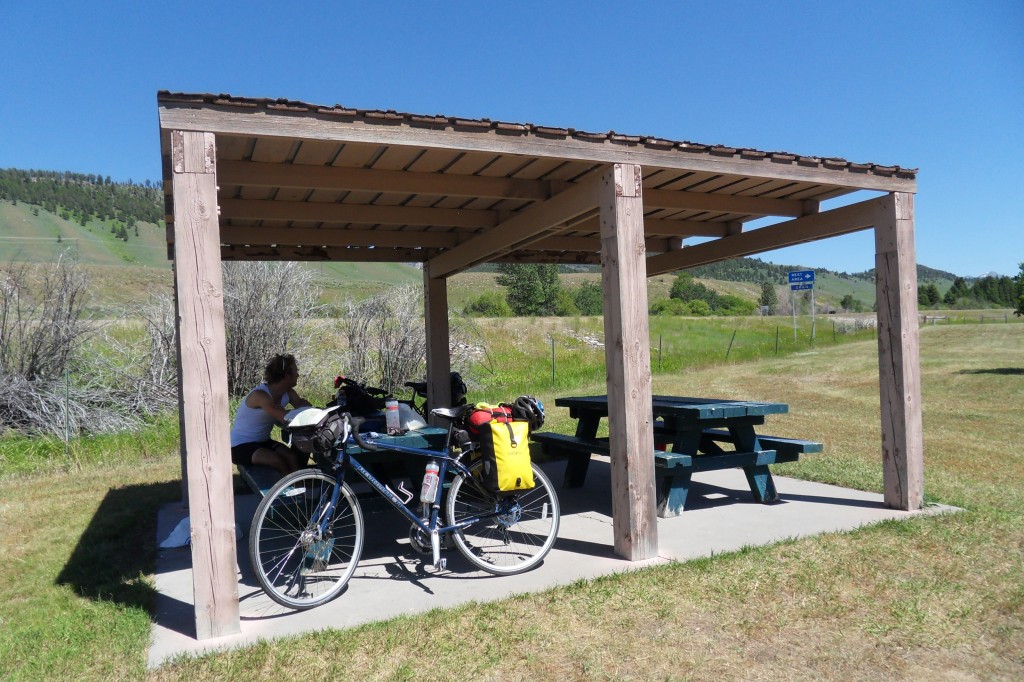 The riding continued at a fast pace and in no time we had covered the 70+ miles to Ennis in the early afternoon with hardly exerting any real energy. I checked in a store to find directions to the campground and it turned out the old guy had been to Newcastle for a few days in the middle of a trip around Europe back in the 80’s. We found the others at the campground who had set of earlier than me and Wim this morning and we all talked about how good the ride was today. Terry had even bought a bottle of champagne to celebrate the amazing day, you don’t get many free miles on this trip. 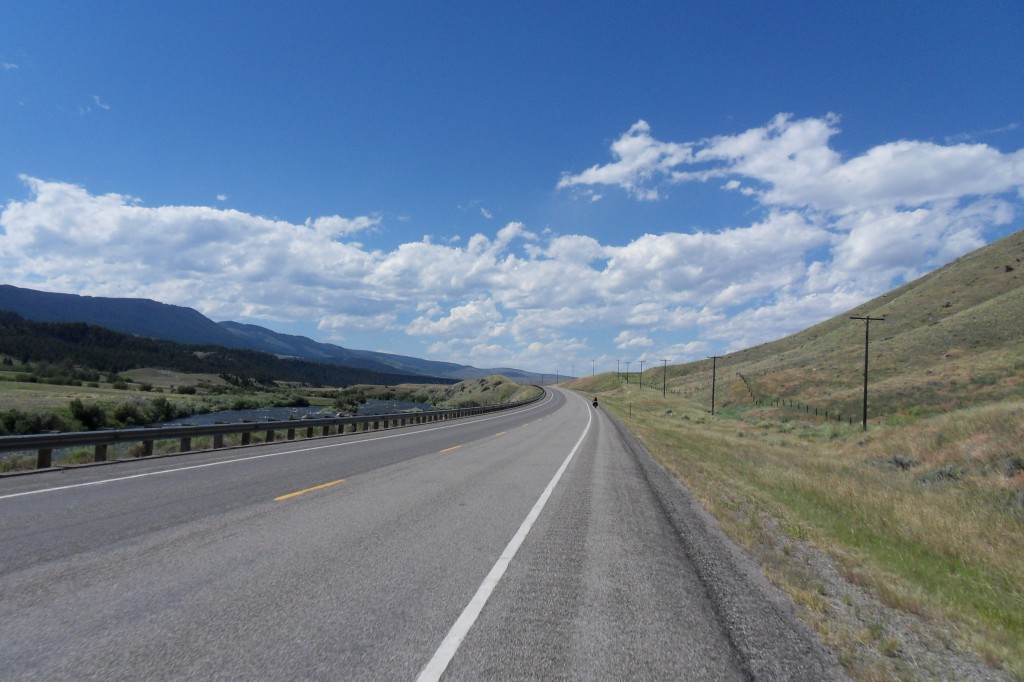 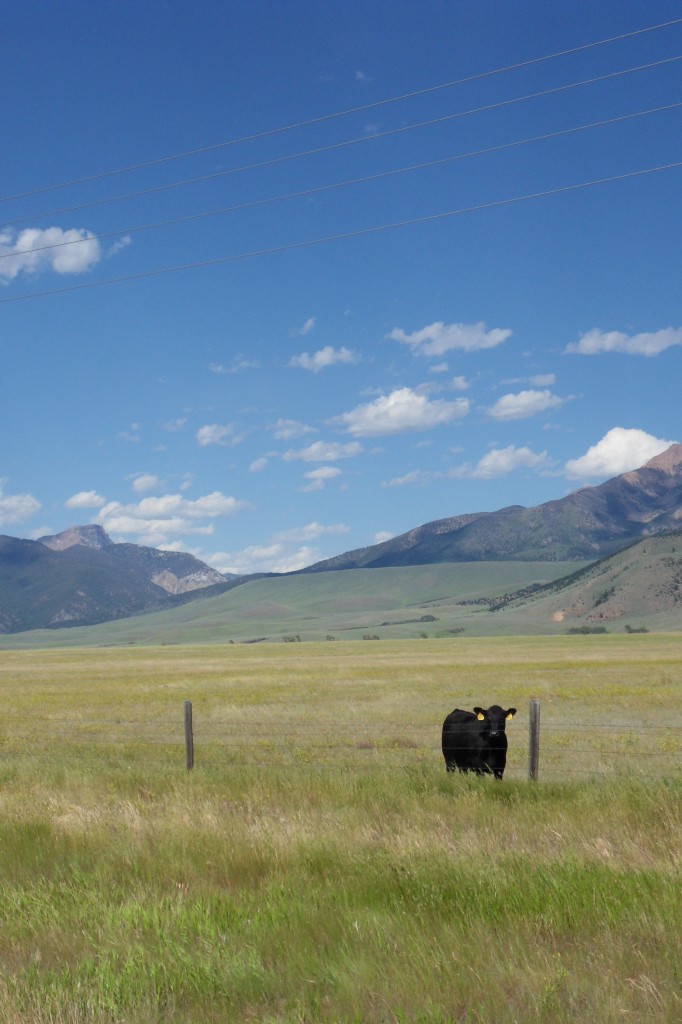 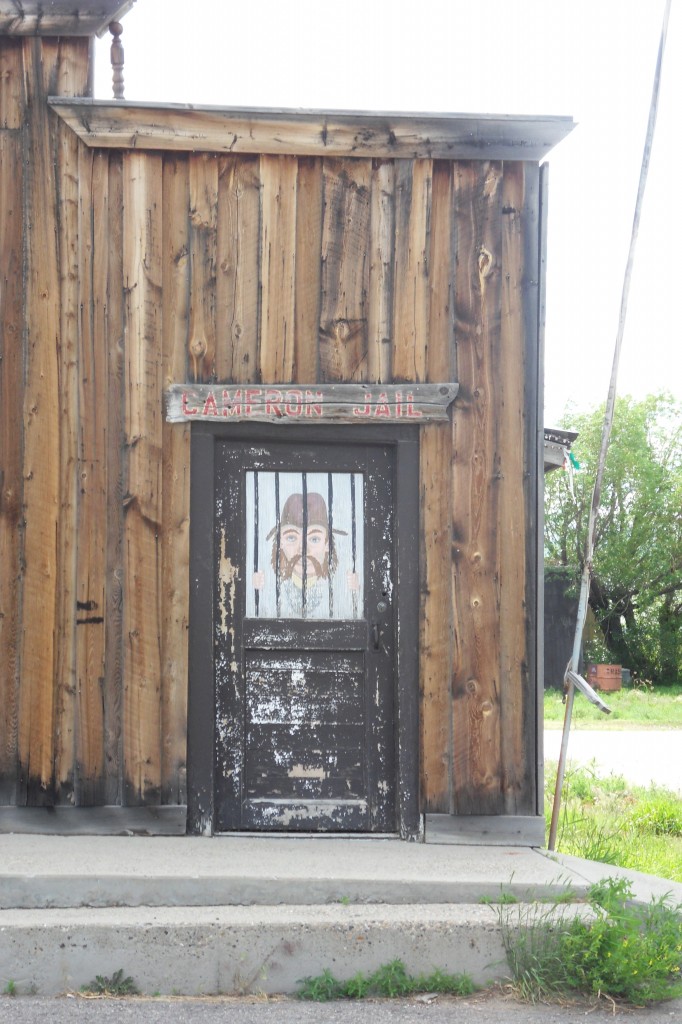 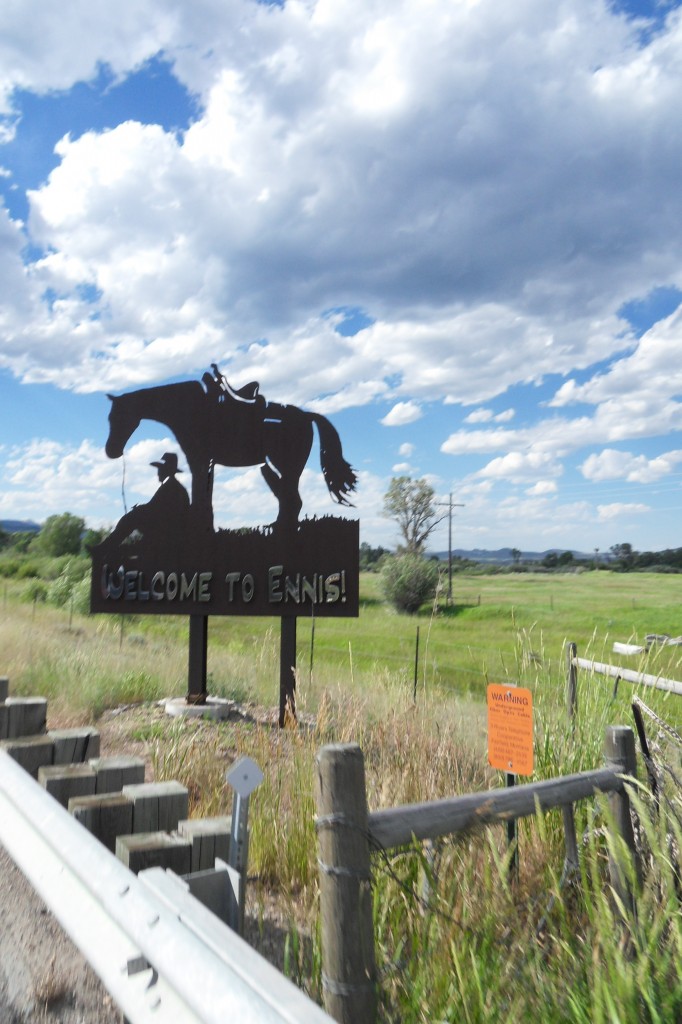 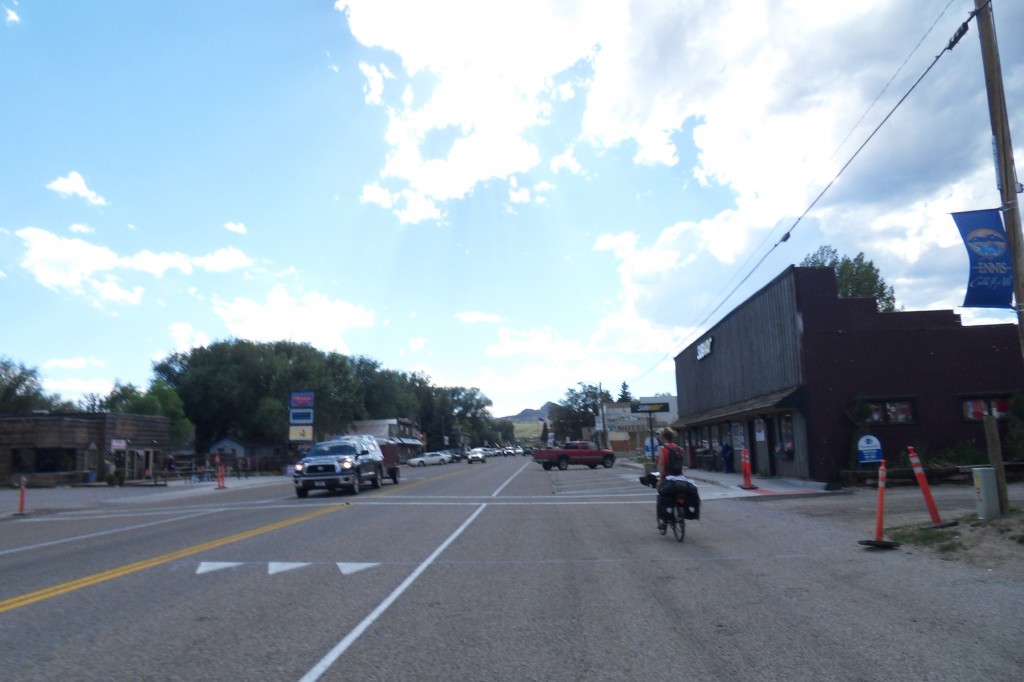 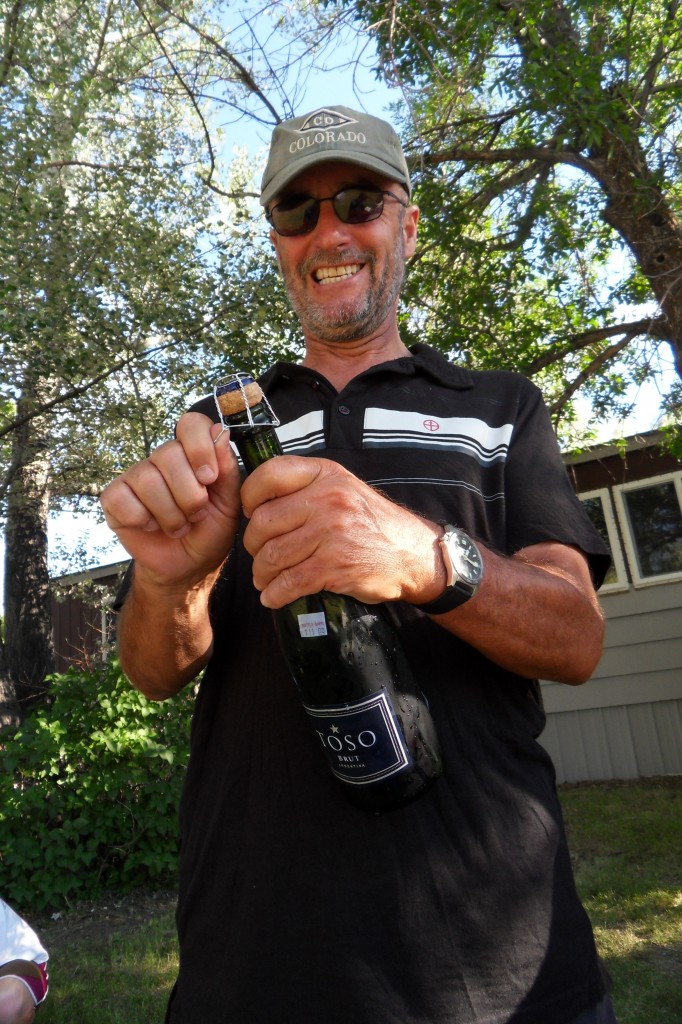 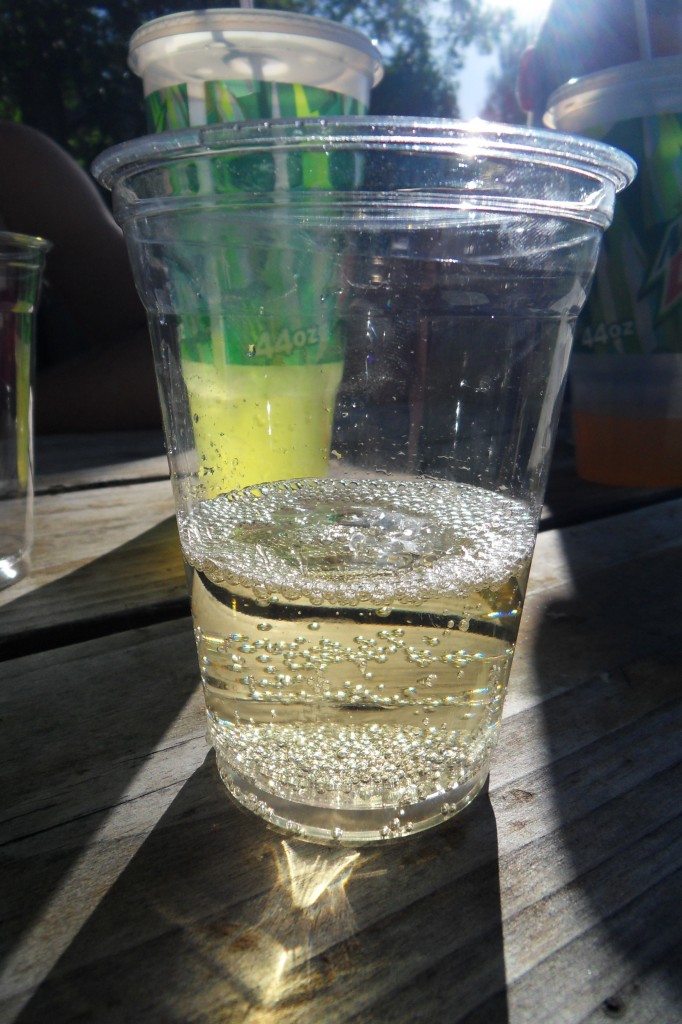 I went and got a cheap subway for dinner then we sat around the table at camp talking for a while when an eastbound cyclist turned up. Wim joked about how is bear spray was really for NRA (National Rifle Association) members after he had a bad experience with a guy threatening him a few weeks ago. Turned out this guy was an NRA member and the joke went down like a led balloon. It didn’t matter the guy was abit of a jerk anyway, currently cycling the TransAm setting up online blind dates in every town. Good luck in Kentucky! 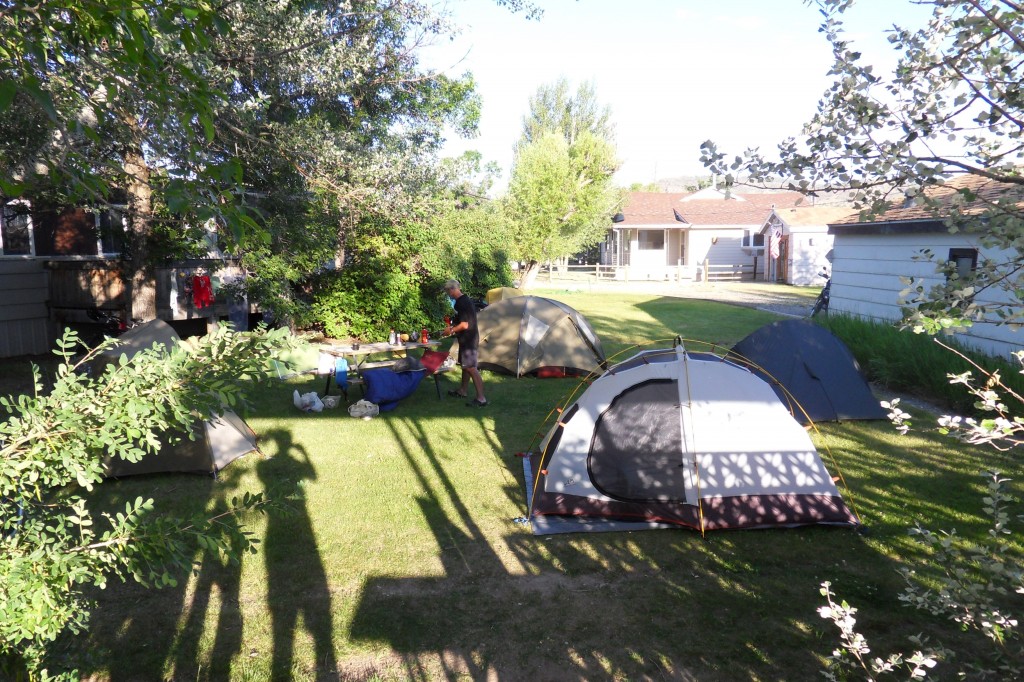