The cabin was uber warm last night and the cycle shorts I had washed out yesterday had dried to a crisp. The gang gathered before setting out towards Grand Teton national park where we were supposed to spend last night. My eyes were fixed on the Tetons the whole time and I will not make any apologies for the amount of pictures I took of them today. They are one of the few things I’ve seen which I haven’t been able to do justice, Grand Canyon was another. The problem with capturing the Tetons is perspective. They stick out the water vertically like daggers amongst a flat landscape, scraping the sky. Definitely the single best thing my eyes have ever seen, my brain simply wasn’t good enough to process them. Just visit them. 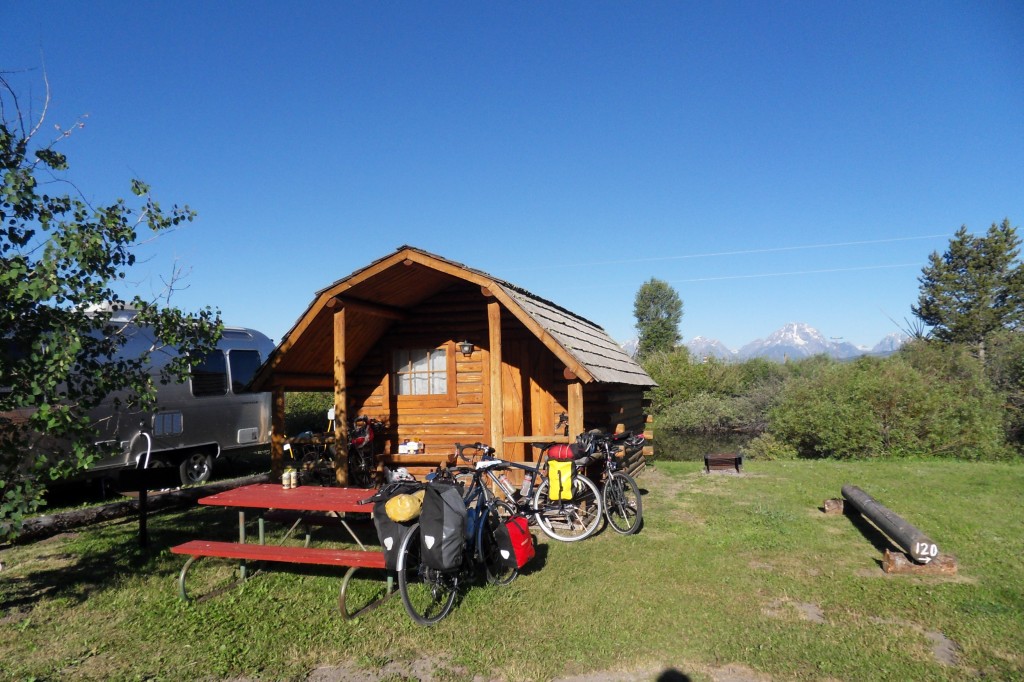 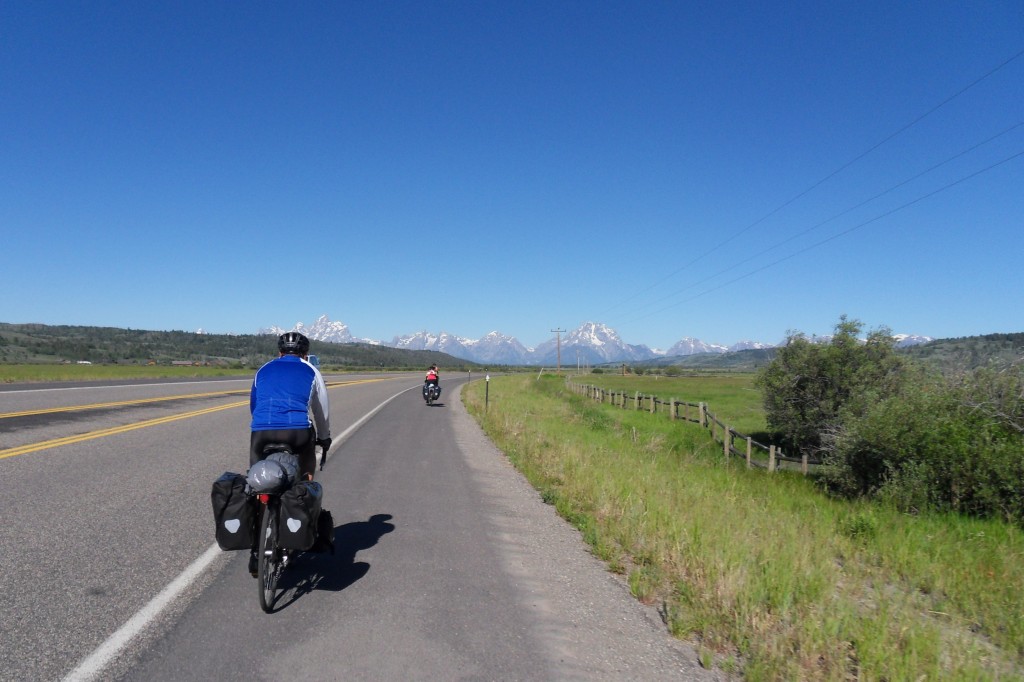 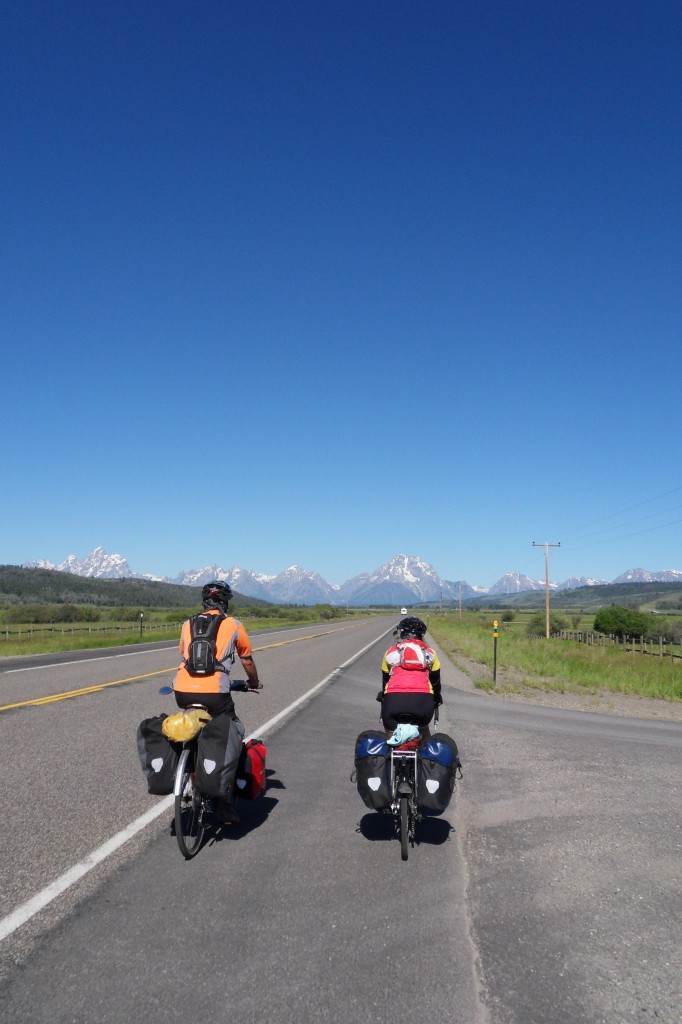 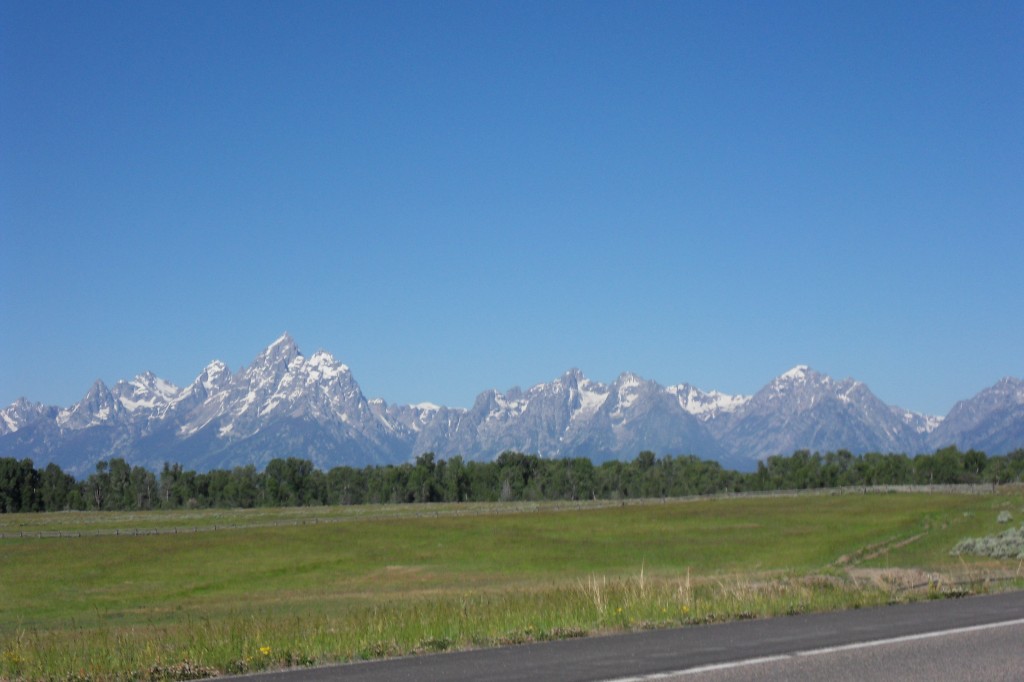 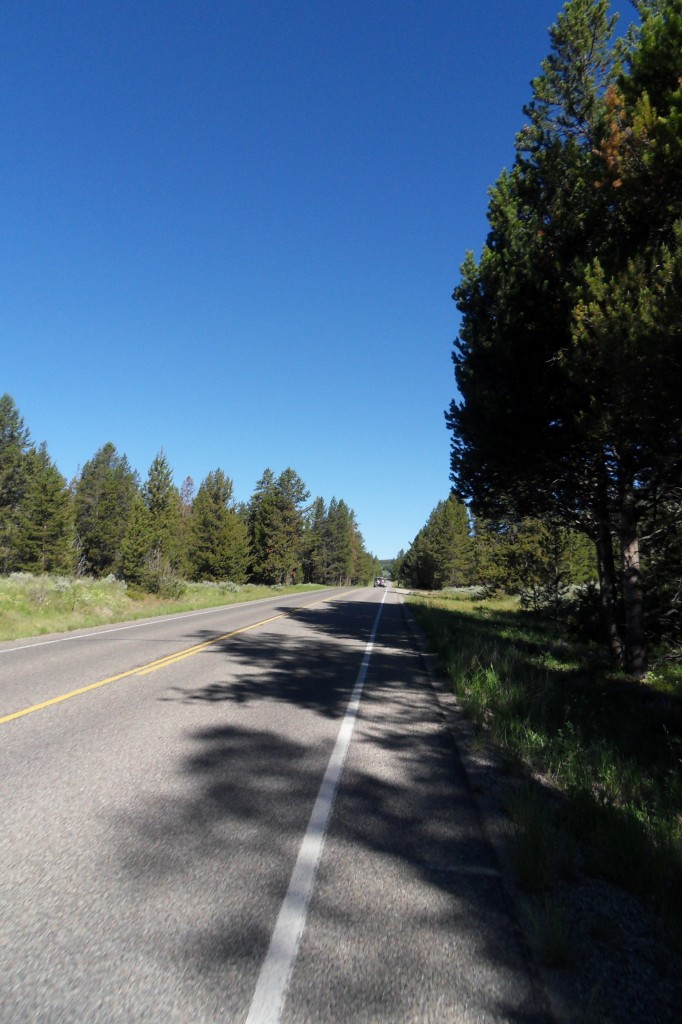 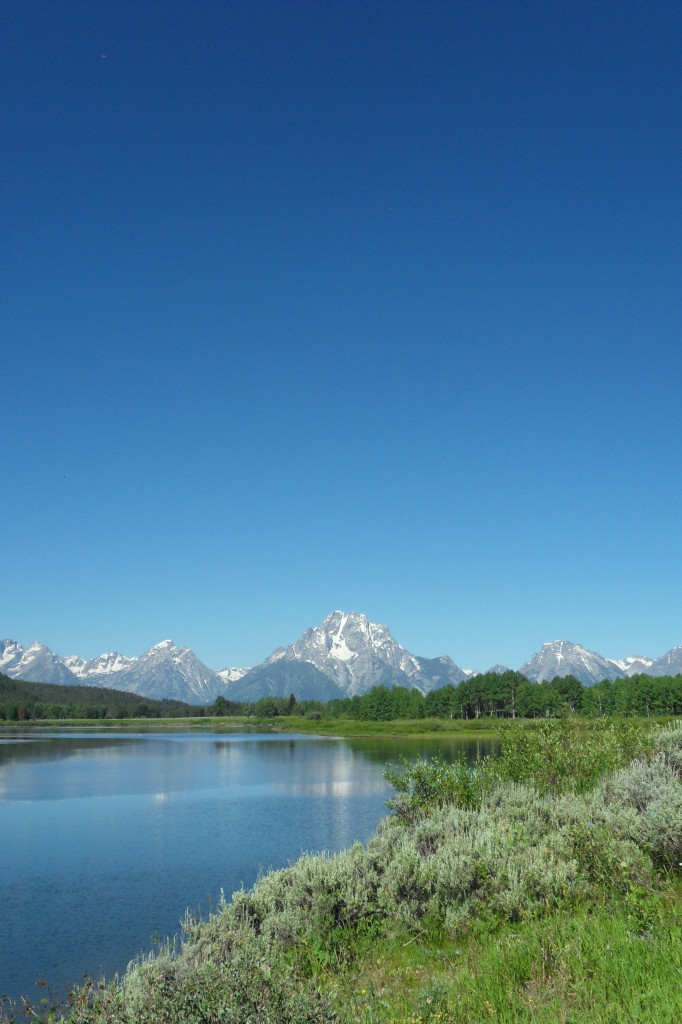 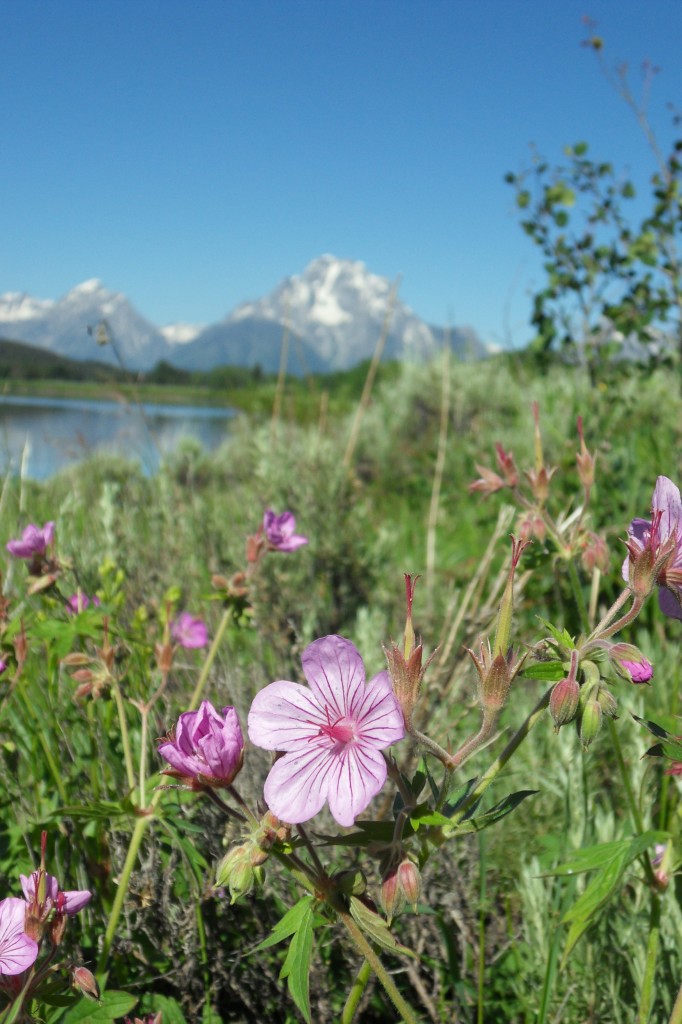 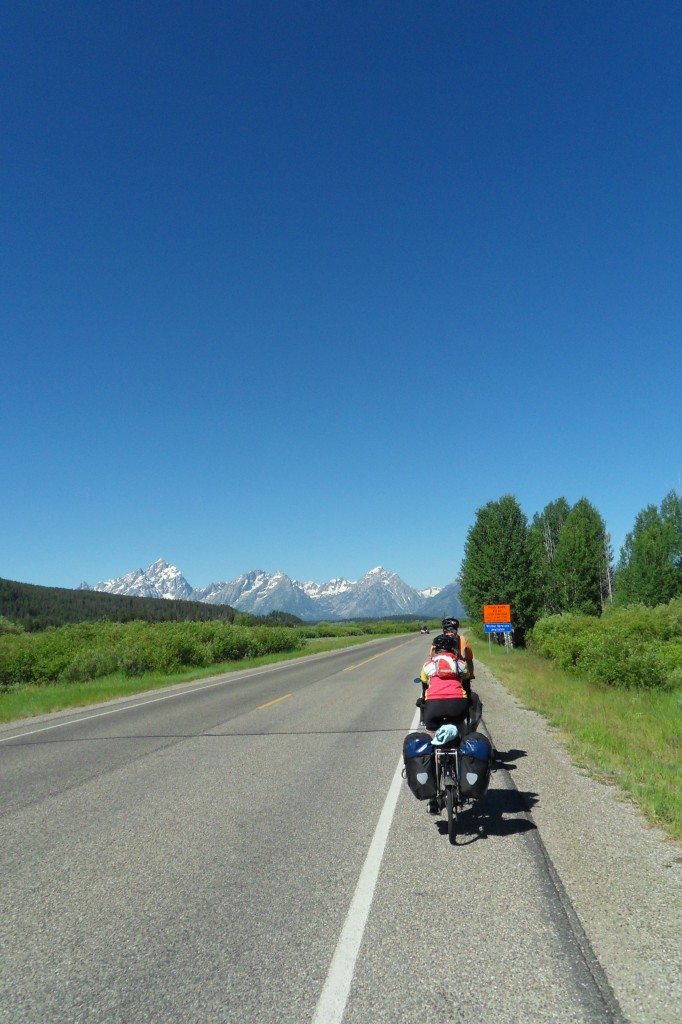 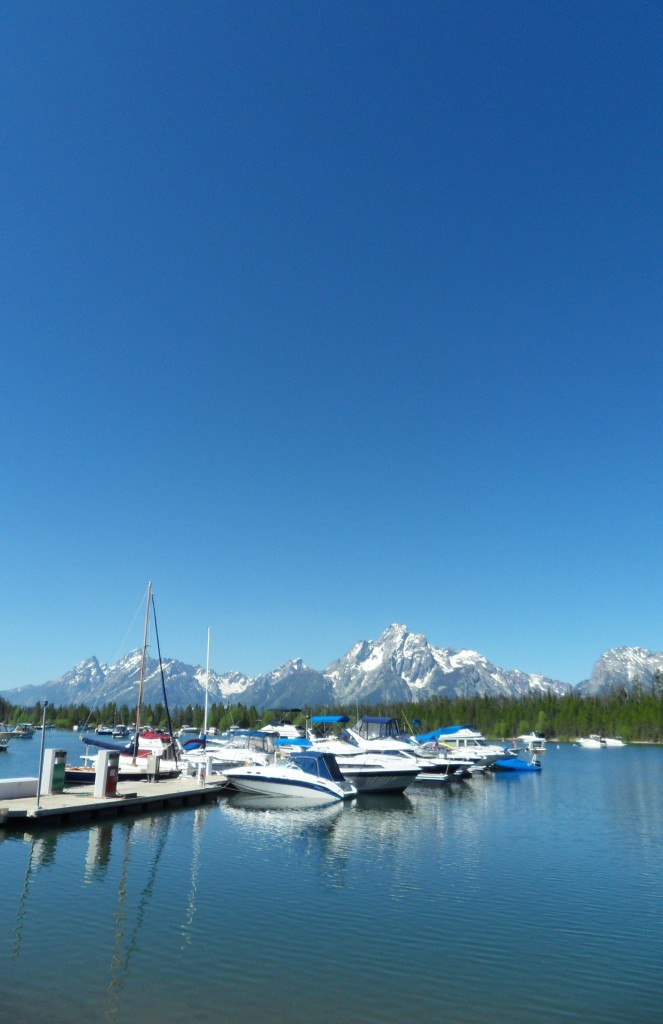 We had taken in some great views of the range once we reached Colter Bay, I had paid an entry fee for the park though and was determined to find the best view unobstructed by tree’s, people and cabins so I checked the map and saw a foot path that looked as though it led me to the perfect spot. After ditching the bike and walking for about 10 minutes along a shaded trail I found my way out onto a pebbled beach area and got the flawless views I had been after. Well worth it I feel. 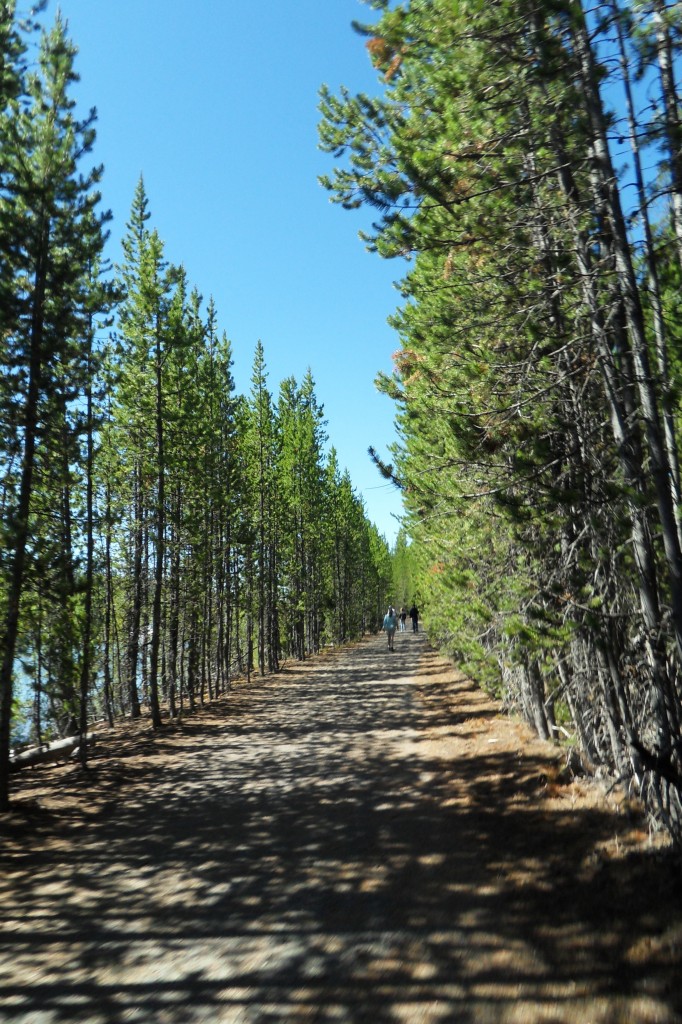 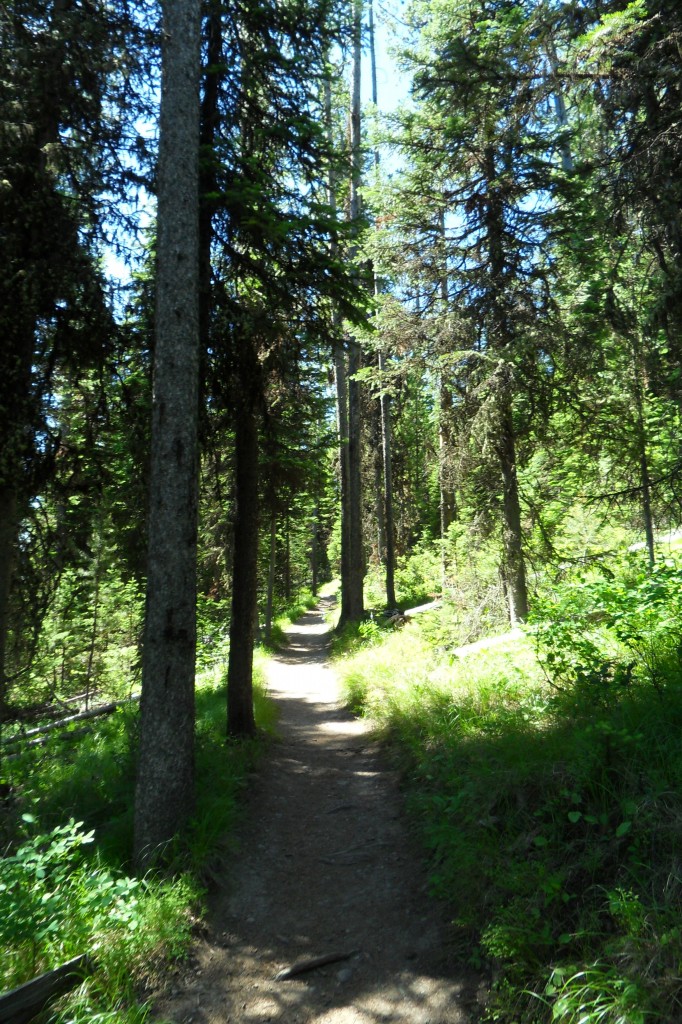 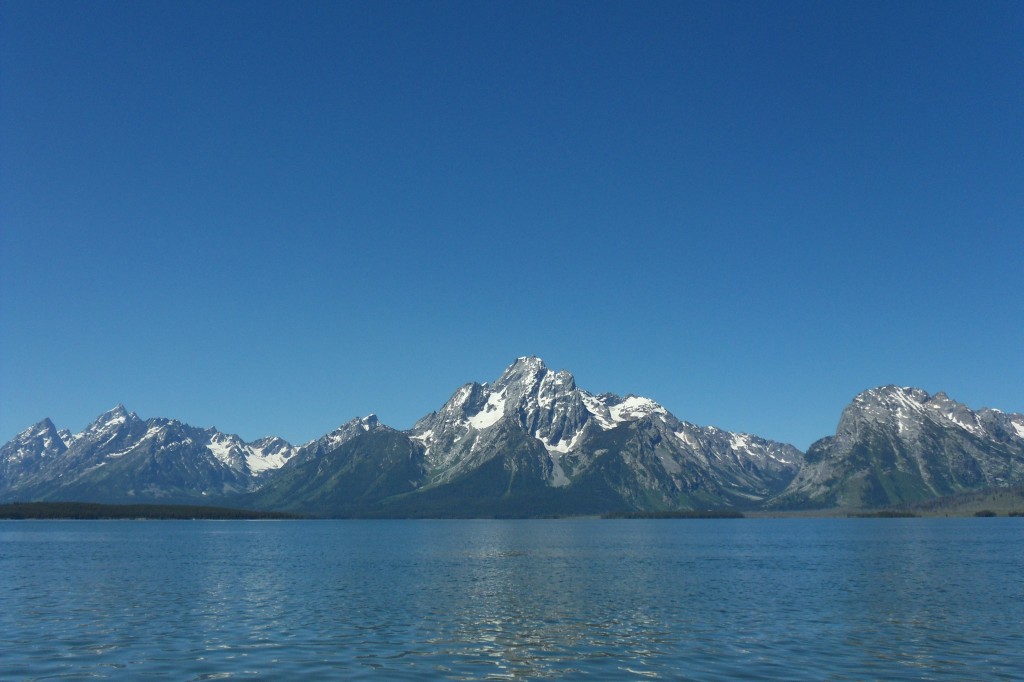 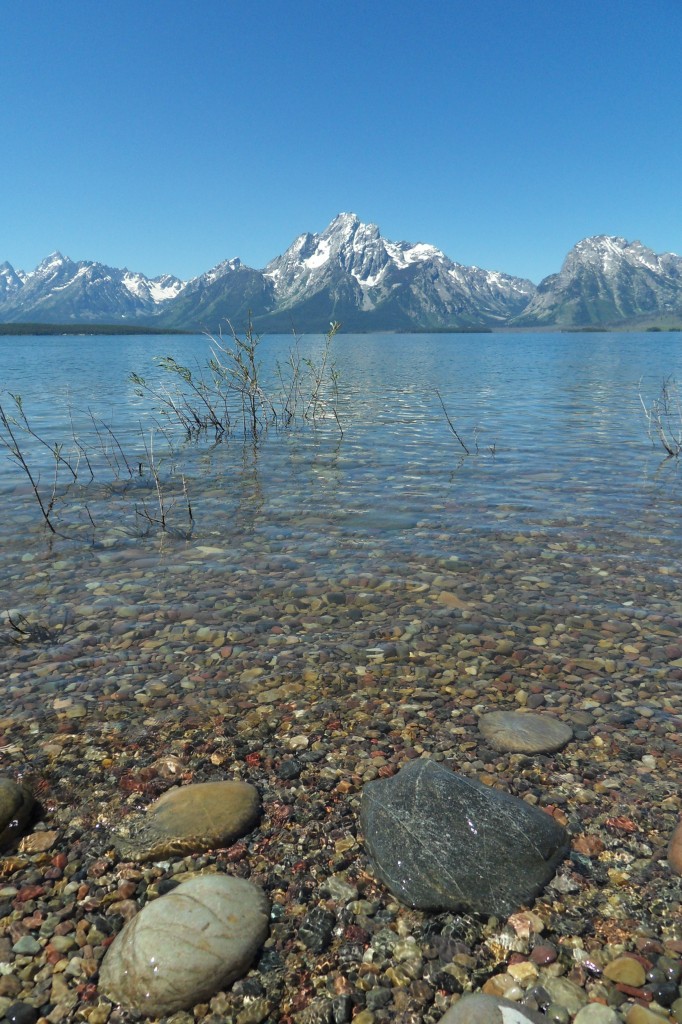 After getting back on the road we cycled around Yellowstone lake taking in more views of the mountains before stopping for lunch and finding Stefaan who had pressed on ahead. Immediately after lunch we left Grand Teton for a short while before entering Yellowstone national park, they are housed together. I have been fascinated by Yellowstone since the BBC documentary last year so it felt incredible to have actually cycled here! 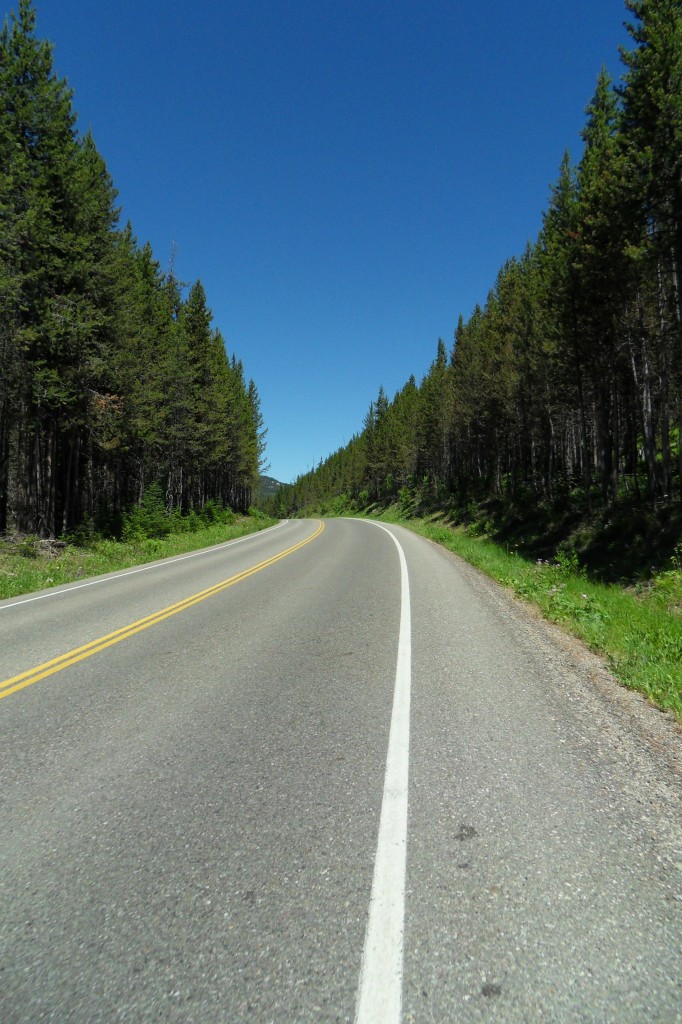 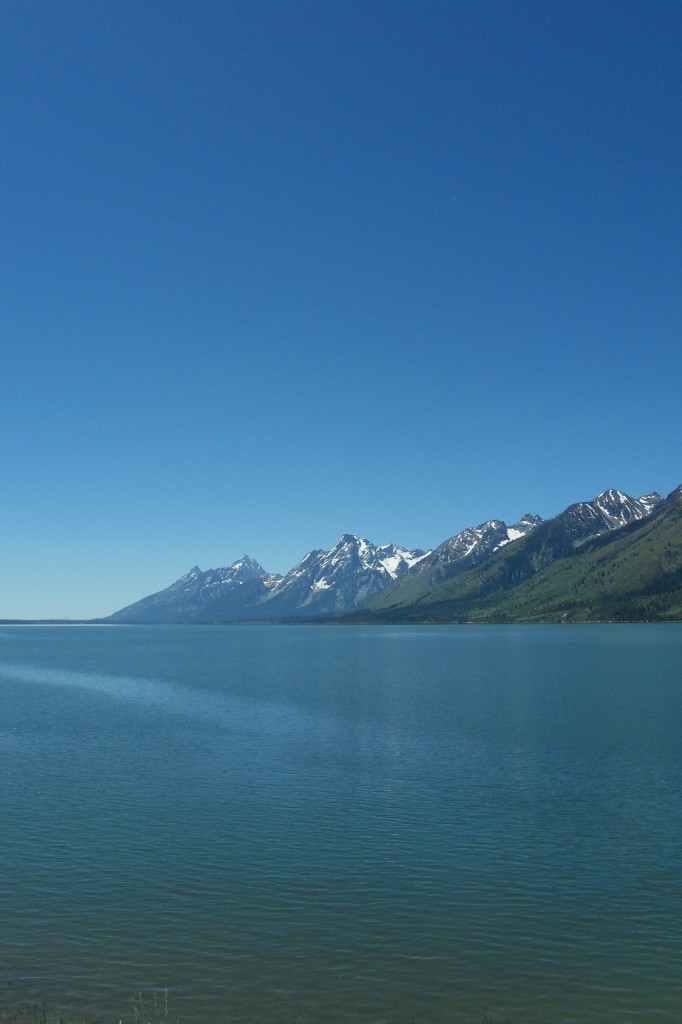 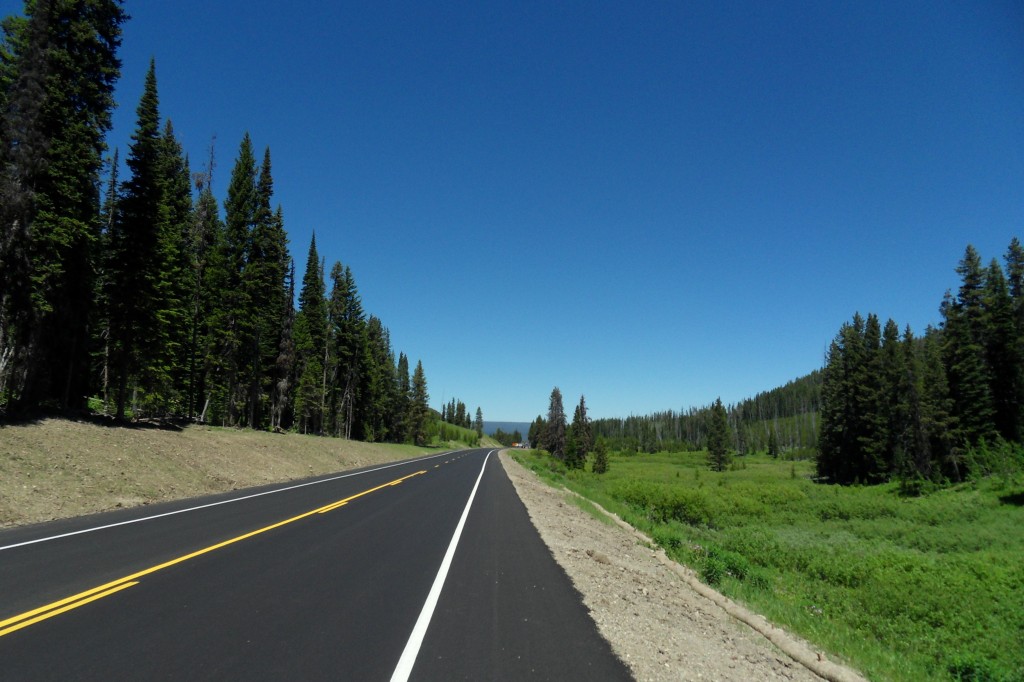 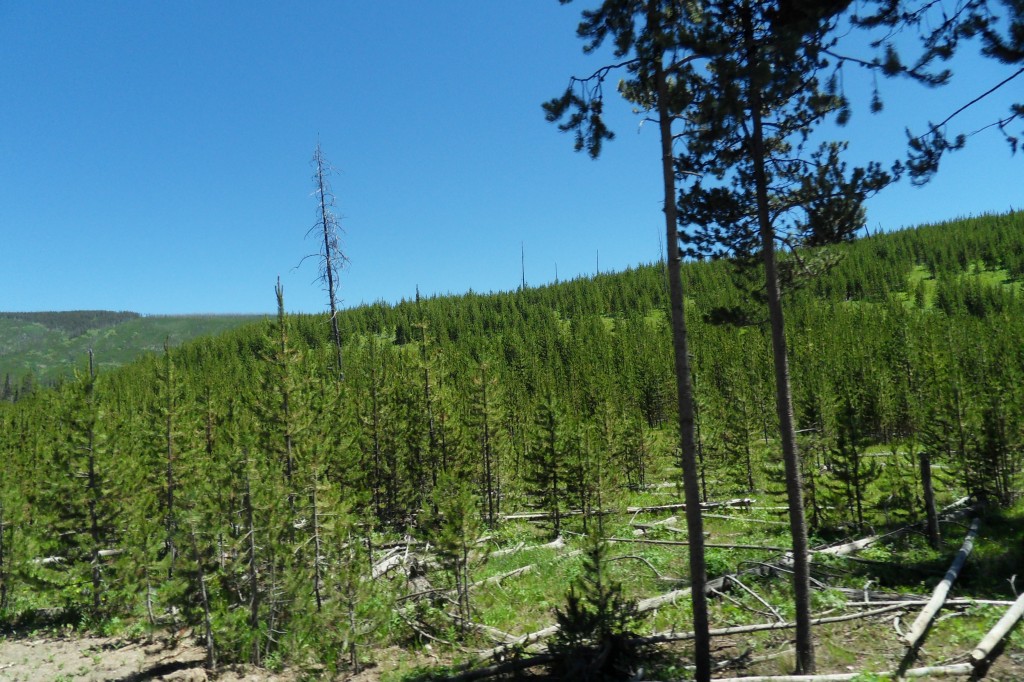 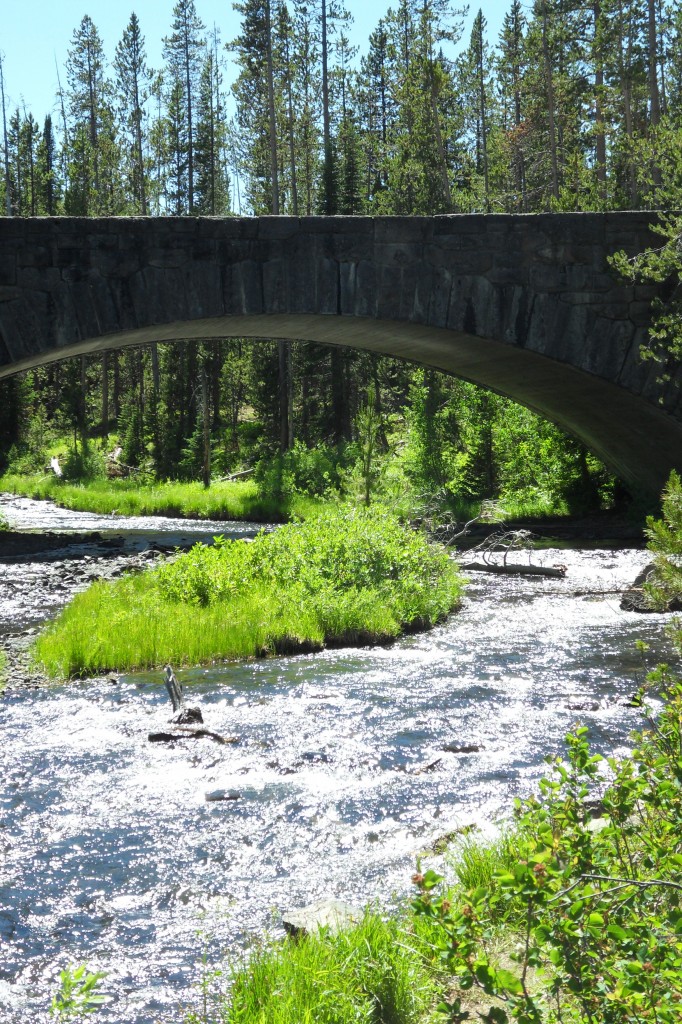 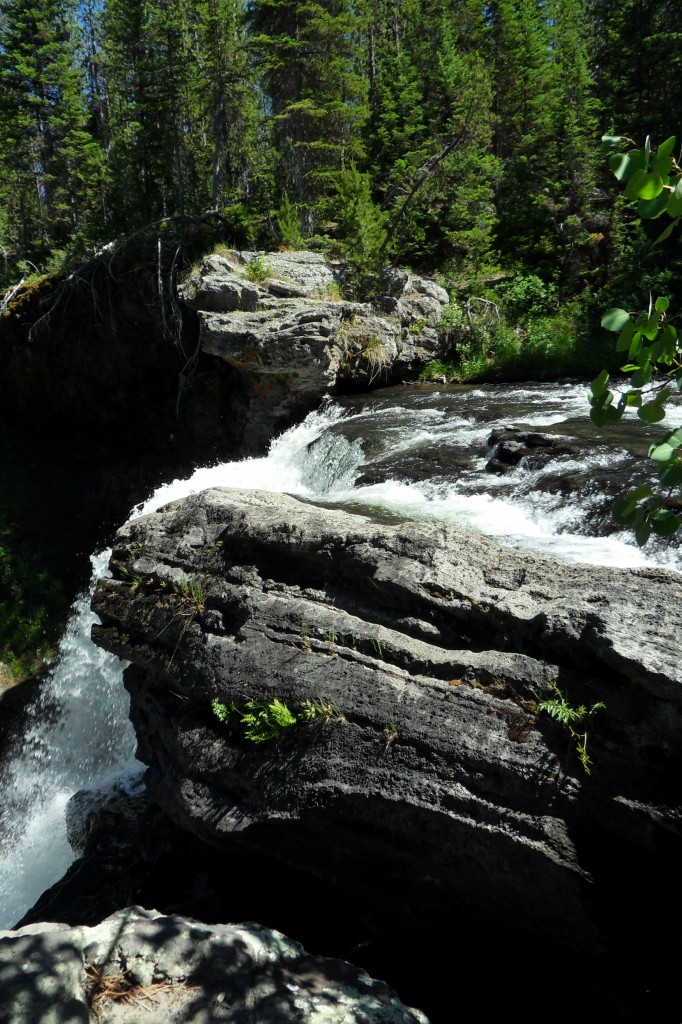 The gang now back intact we continued towards Grant Village and I learnt a little more about the new riding companions. Wim is from Belgium and currently in the middle of a 6 month tour around the US, whilst Stefaan has actually lived in Seattle for 6 years then North Carolina and is now moving to Portland where he is cycling too having shipped his possessions in a container. Needless to say he has a semi-broken American accent now. 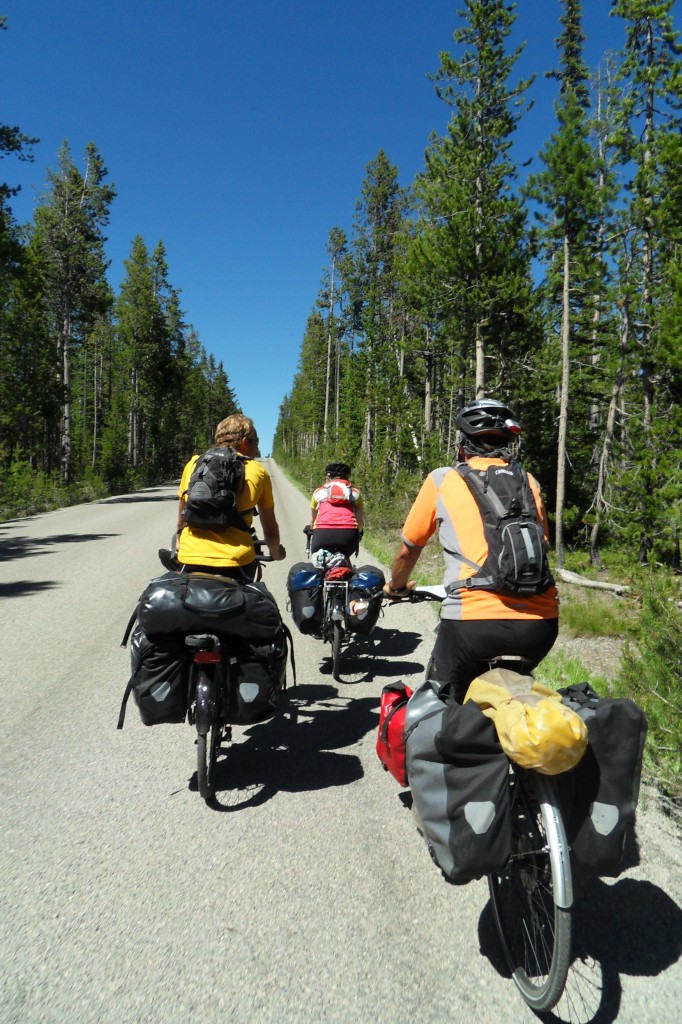 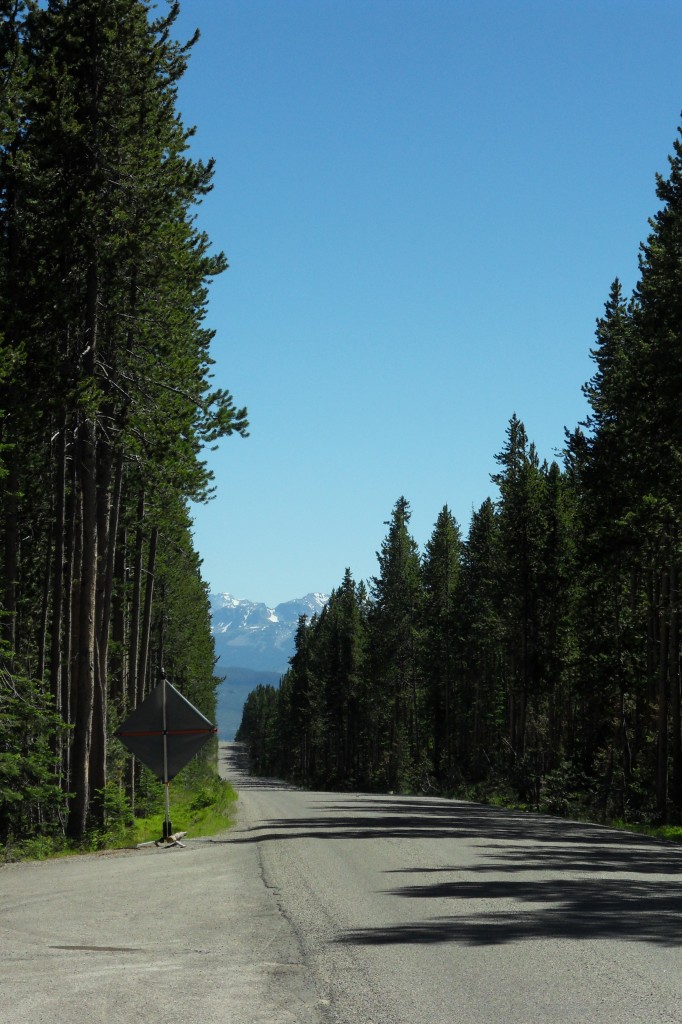 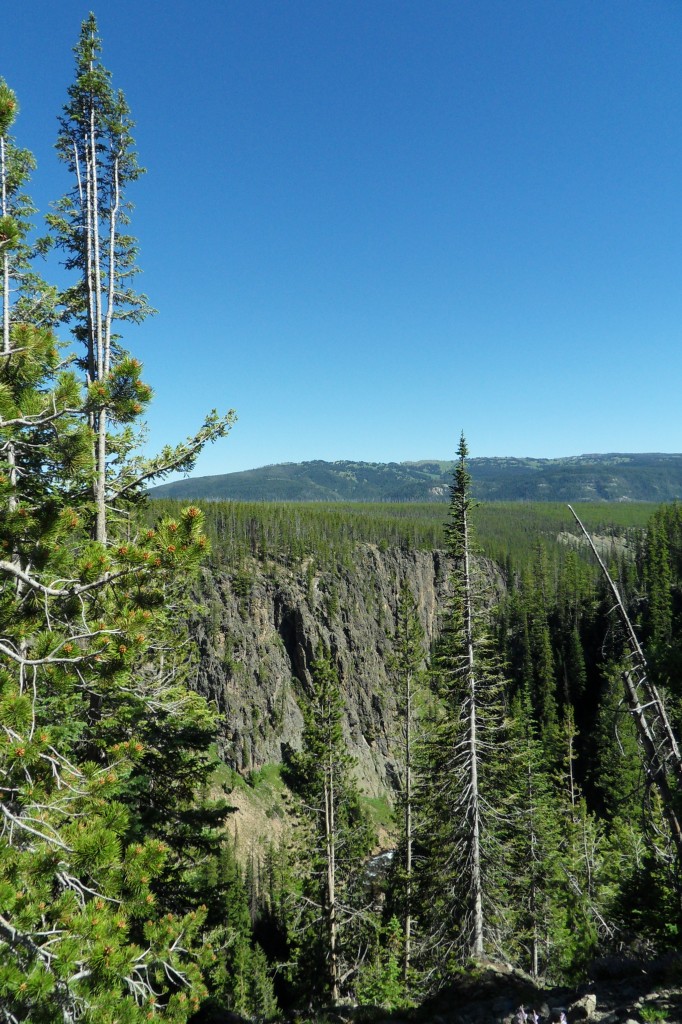 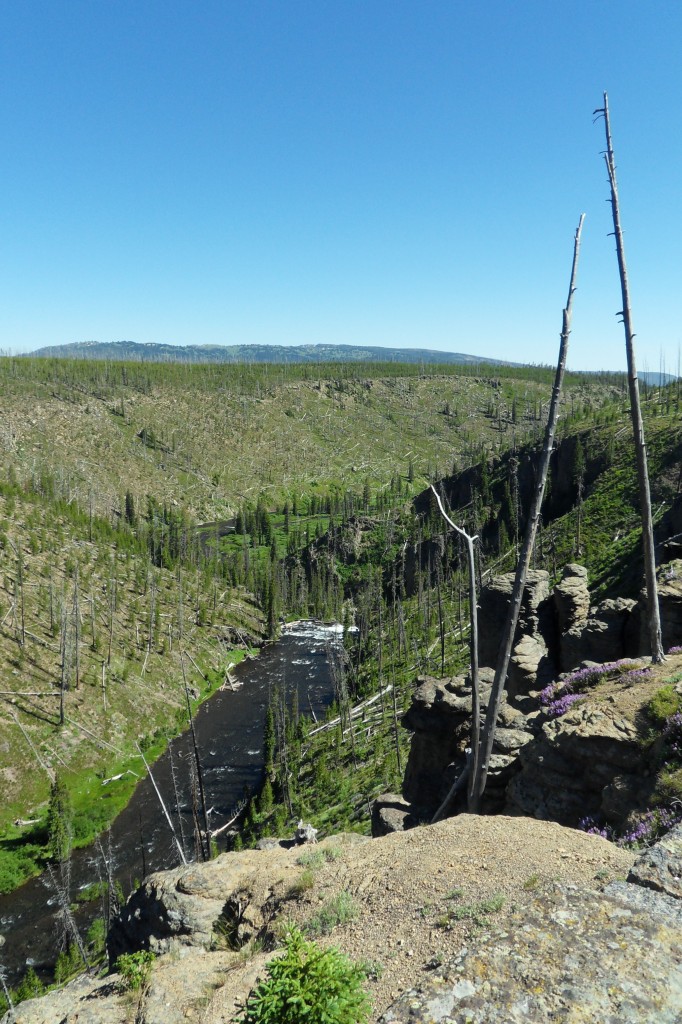 We crossed a few more continental divide signs as we ride right along it. Since Pueblo we have been heading North all this time, the divide determines which ocean rainfall and rivers runs into. On one side of the sign everything goes to the Atlantic and on the other it all flows back out into the Pacific. After reaching Grant Village we got ourselves a hiker biker spot, unlike last night at Colter Bay, here they confirmed they would NEVER turn away hiker/bikers. Its not like we can just turn around an ride a few hours to the next place in a car.

After cleaning up we all headed into the village for a meal at the restaurant over the lake before returning to the site. All food and toiletries were placed in the bear proof container, Wim purchased some bear spray so should we have a grizzly intruder we were prepared. It was going to get down towards freeing point so I put on all the clothes I had with me again, cosy. 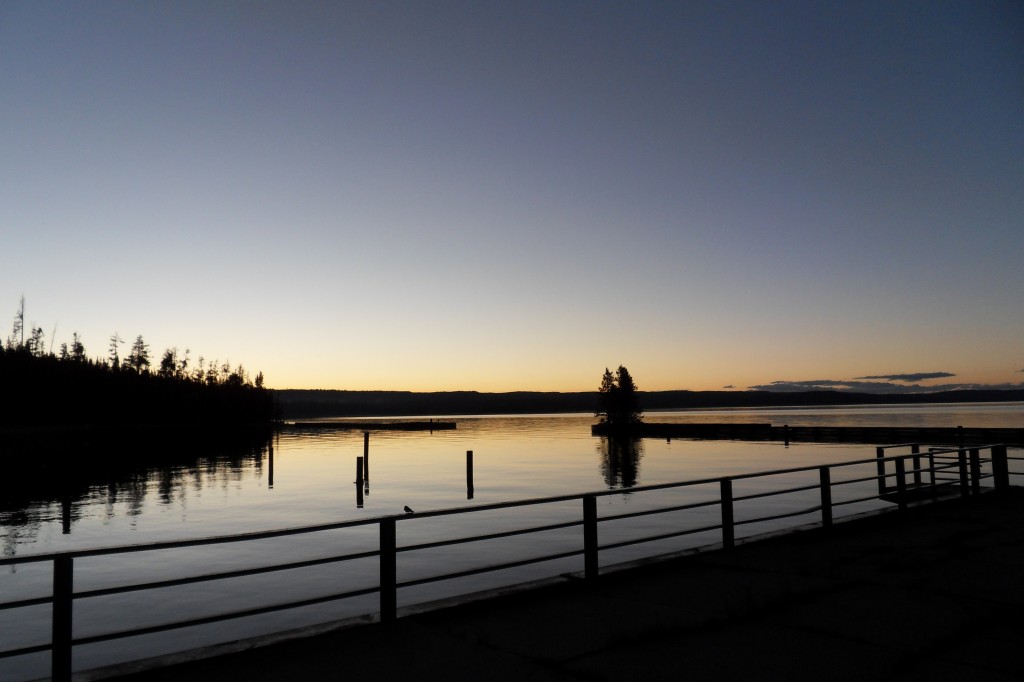 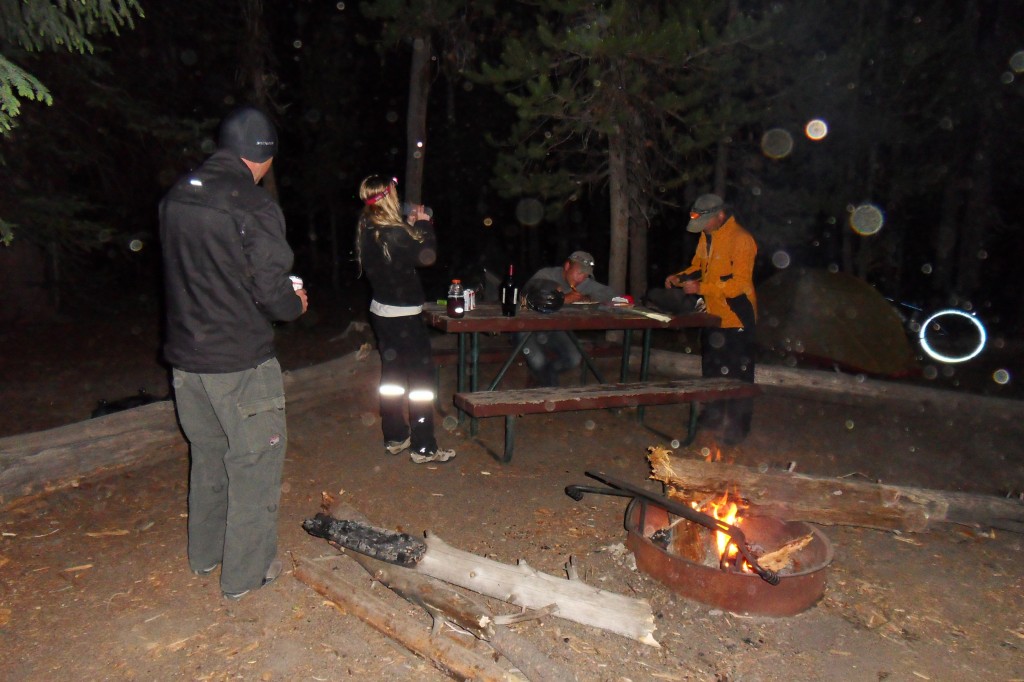 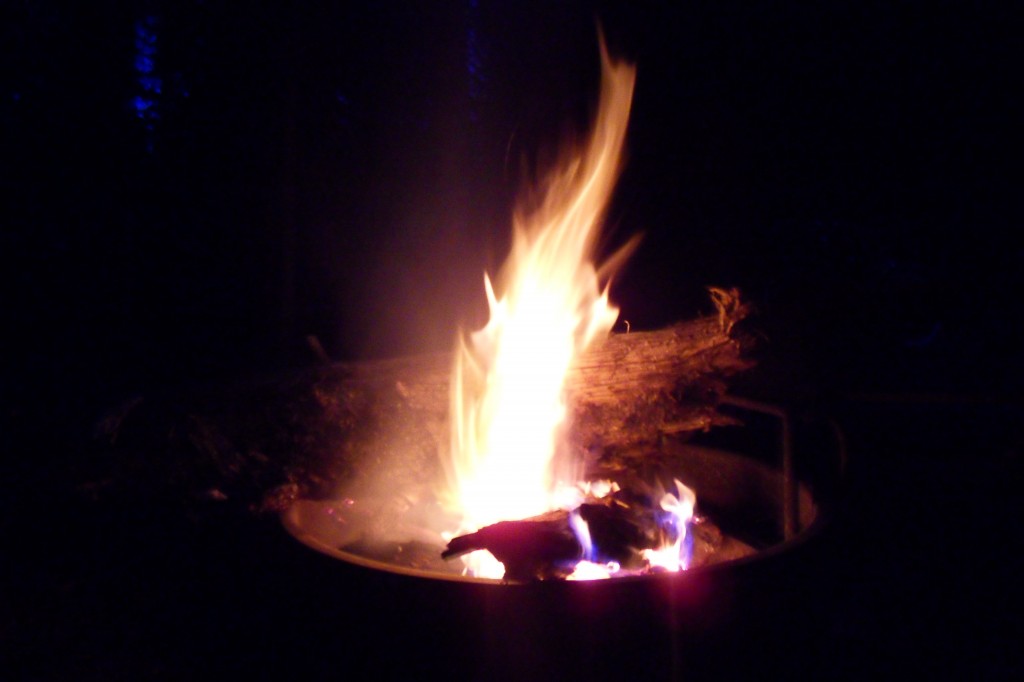