I got up and headed over to the shower block this morning and saw Eli, I asked again if he wanted to ride with us today and he did so we got sorted and headed over for breakfast next door. After getting on the road around 9:30 we killed the first 30 miles entering an Indian Reservation in the mean time. It was cool having another new face to talk too so the miles went pretty quick. Eli had made his own way across to this point and was now hopping on the TransAm route for a while. 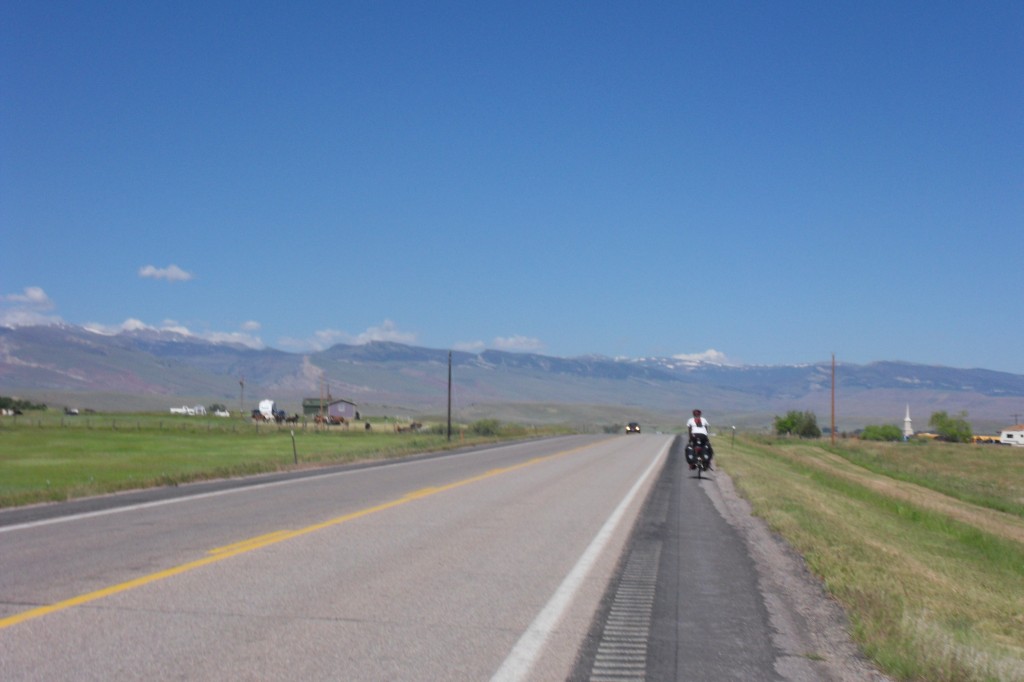 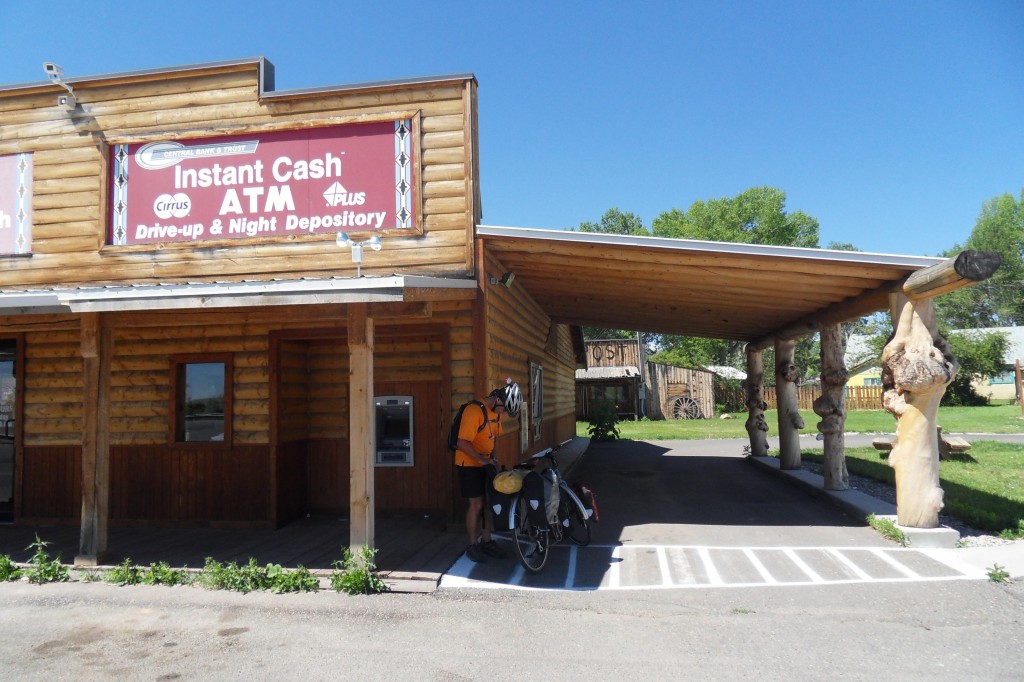 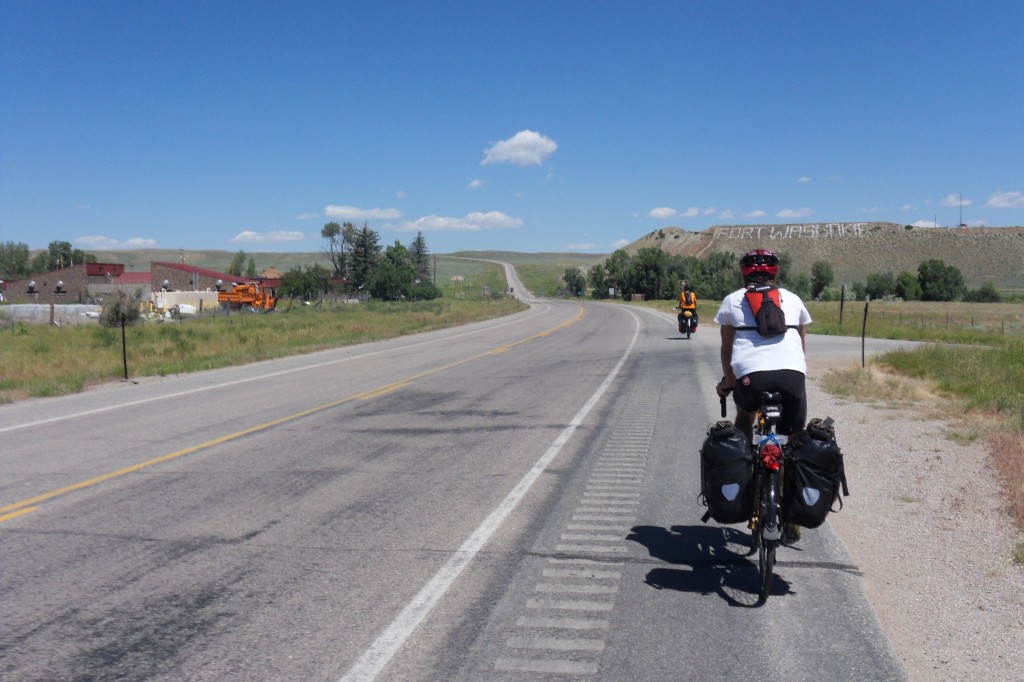 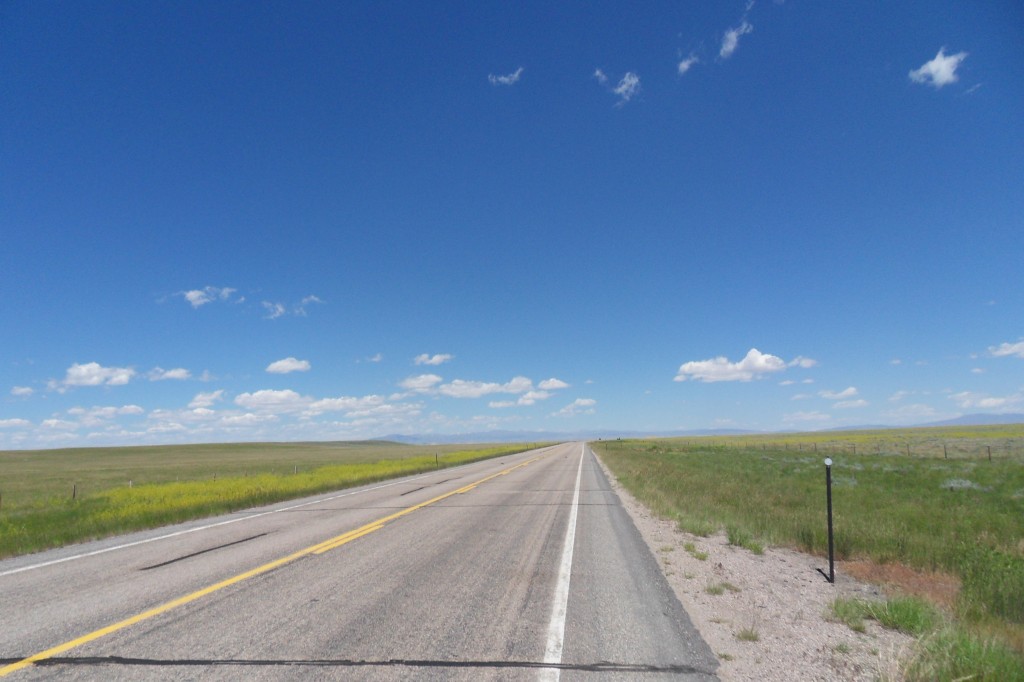 We stopped for lunch at a rest area just after turning left into the Wind River valley. Once we took that turn I soon knew the rest of the day was going to be tough. Aptly named along with Windy Mountain and Windy ridge this place was a wind tunnel. Its the first strong headwind I have experienced all trip. After a brief lunch of sardines and bagels we begrudgingly headed back out into the wind. 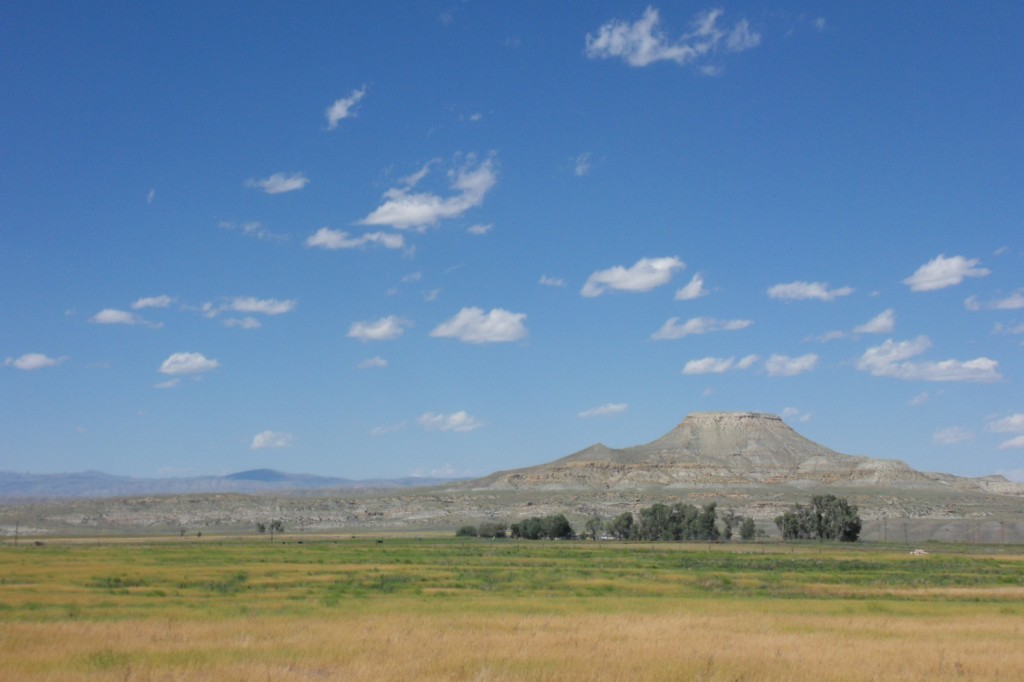 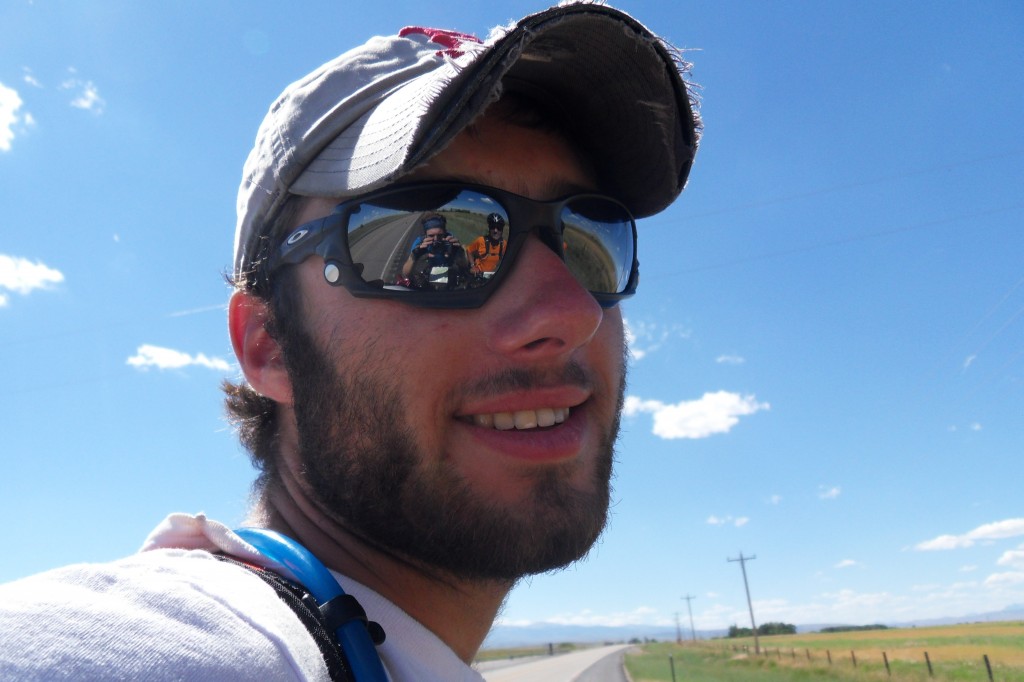 It was tough work in the wind and we had to draft of each other for around 15 miles just to make any progress. It had completely halted our average speed but we still had a long way to go until Dubois. As the day rolled on the wind only got stronger, I estimated our time of arrival in Dubois at 7pm, then changed to 8pm then 9pm. We were crawling. The wind hit like a brick wall and threw my bike side to side. I still managed to find it pretty funny though, here we were on pretty flat terrain with and invisible object rendering us to a standstill, its hilarious! The scenery on the reservation was visibly blasted over centuries by these winds looking worn and tired. 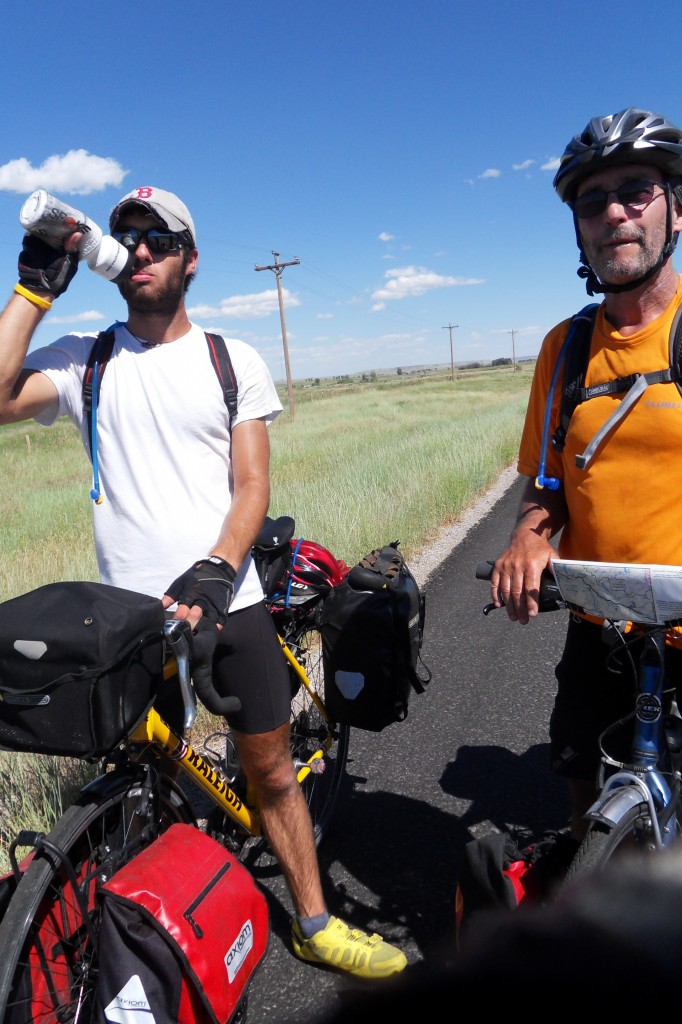 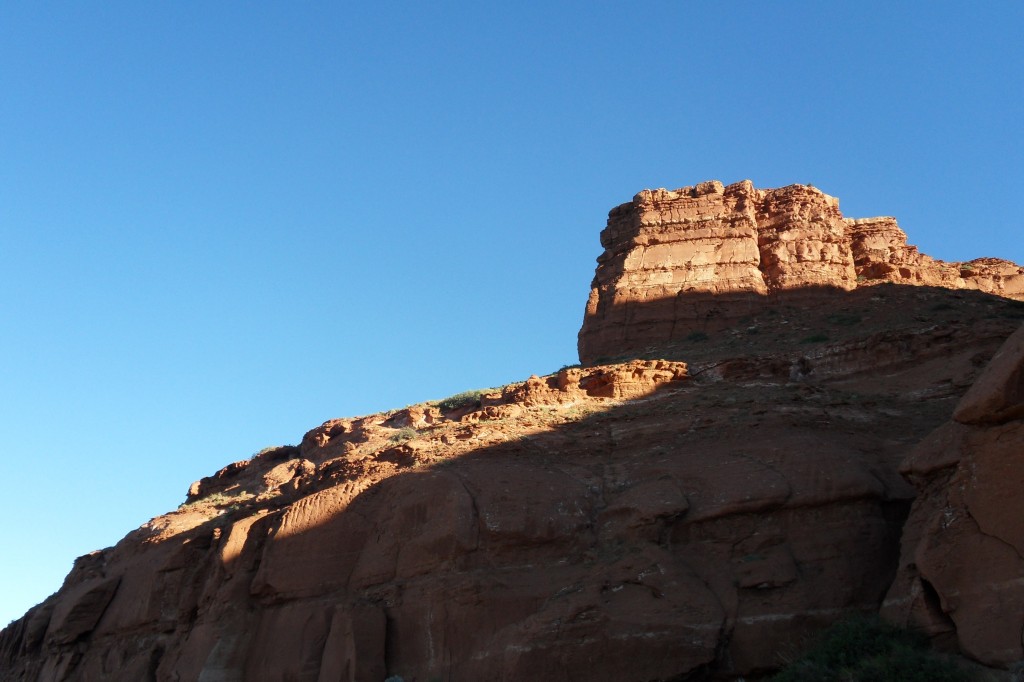 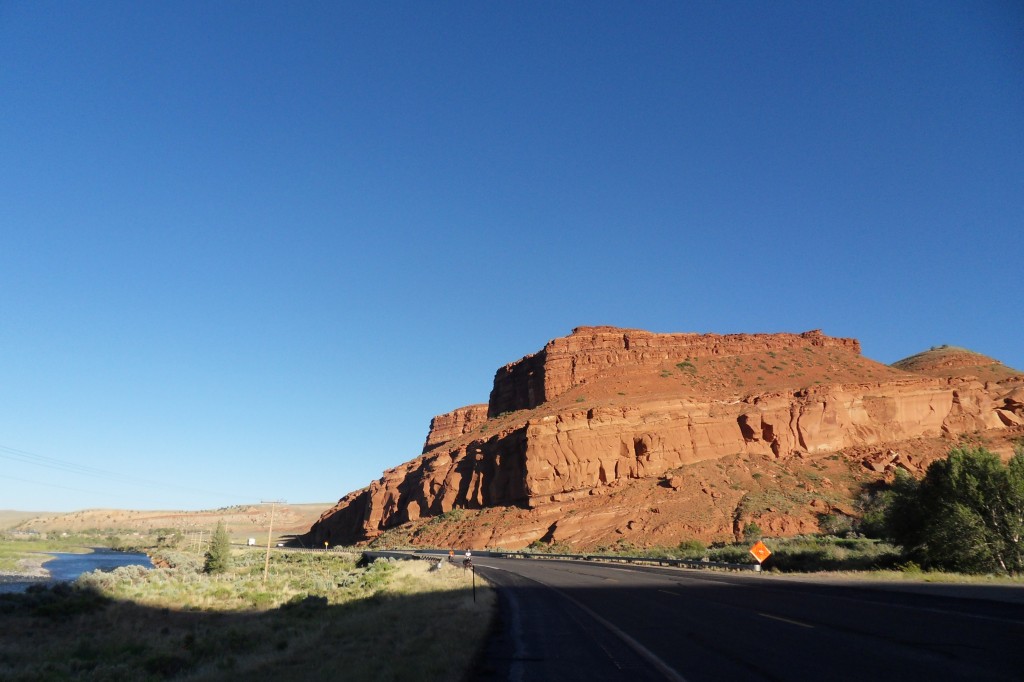 On the way into Dubois me an Eli were becoming furious at these drivers cruising about in the dark with no lights on, then I realised we both still had our sunglasses on, dumb. It was still getting onto 9 by the time we reached town and we cruised through looking for a place to stay. At each motel we were confronted with ‘No Vacancy’ signs. We are only an hour or so drive to several national parks so its a busy place. Eventually we find a motel but cruise straight back into town for food before everywhere closes. The two guys and the girl who turned up at the motel last night are about to head to the bar next door.  The two guys are both from Belgium but are not together, Wim and Stefaan. The girl is Jessica Bell from Florida, whose comments I have seen in the various cycling logbooks since I started out in Virginia. We follow into the bar full of kids that look about 14, the women I.D’s Eli, we only want food he knows he can’t drink. She tells him he’s not even allowed in the bar. So he and Terry head back to the motel whilst I wait for a few pizza’s to be cooked and then head back to the motel with them balanced on my handlebar. 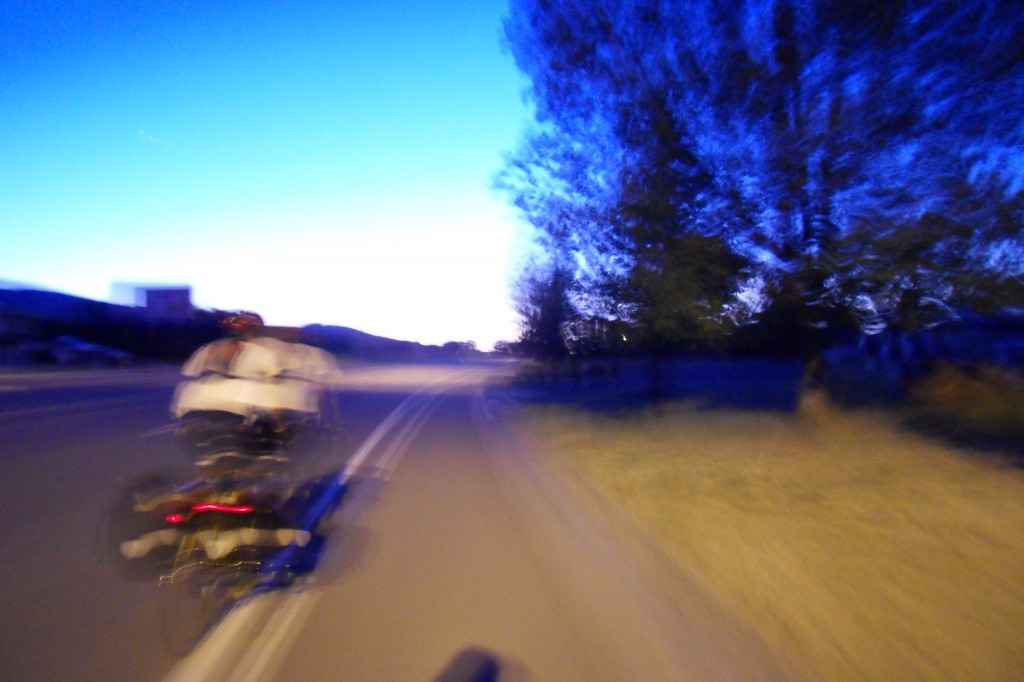 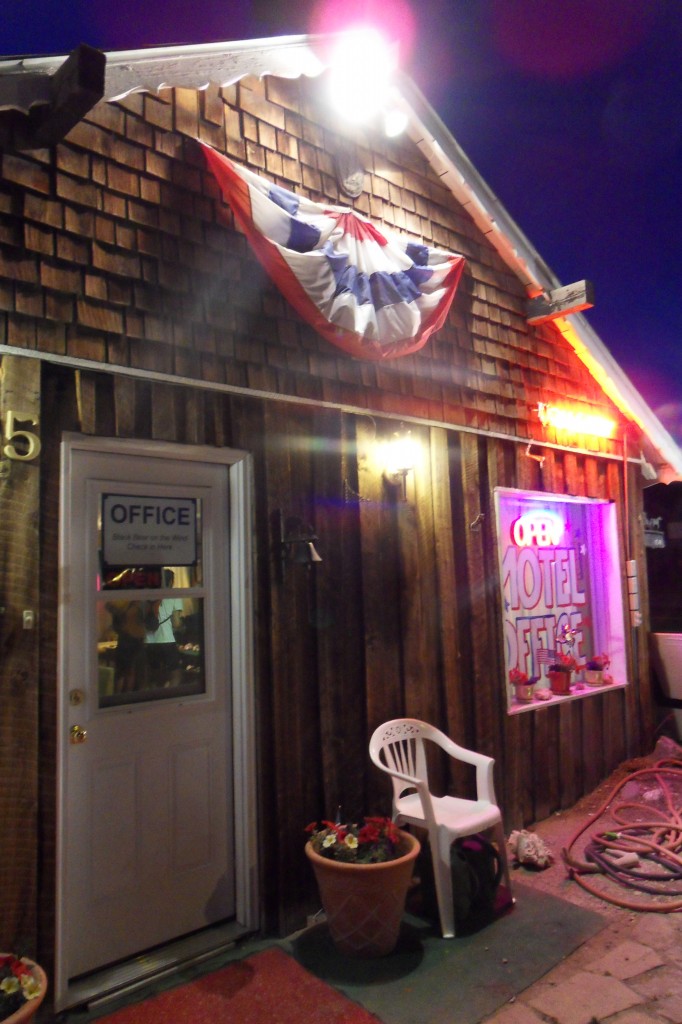 When I get back I find Terry has got a carry out of beers so we celebrate finishing the tough day with a drink and some pizza. We have only been riding with Eli for one day but it feels like weeks after that, we were in the saddle about 9 hours. 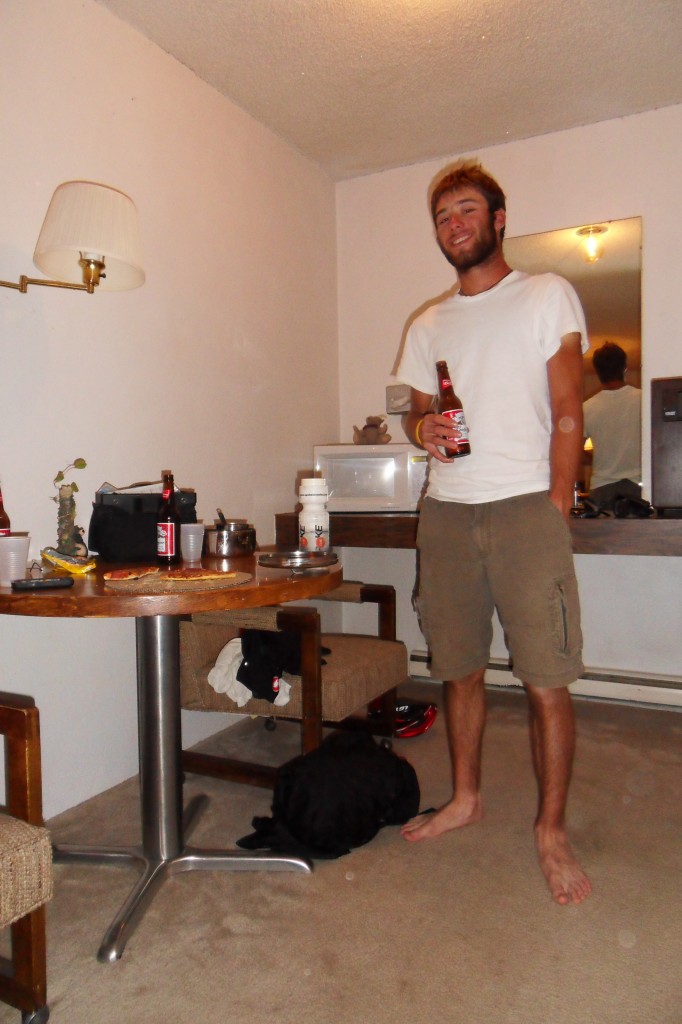