I woke this morning knowing my bike was long overdue getting the break pads replaced, my clothes were a mess I had nothing clean. I wanted that Brooks saddle and the World Cup final would be on this afternoon. I decide to inform Terry I won’t be riding today and he is only to happy to join me in a zero mile day.

It was an amazing feeling opening the day up like that, at 7am I thought I was riding, 10 minutes later its a day off in Lander! We go for a huge breakfast at a cafe, I ordered the 18 wheeler and couldn’t finish. I then took my bike to the shop and investigated the Brooks further. Joe and Cooper both rode Brooks and along with every other tourer they are sworn by as the best saddle money can buy. It an English company but they are still alot cheaper for me to buy here than home so I took the plunge. 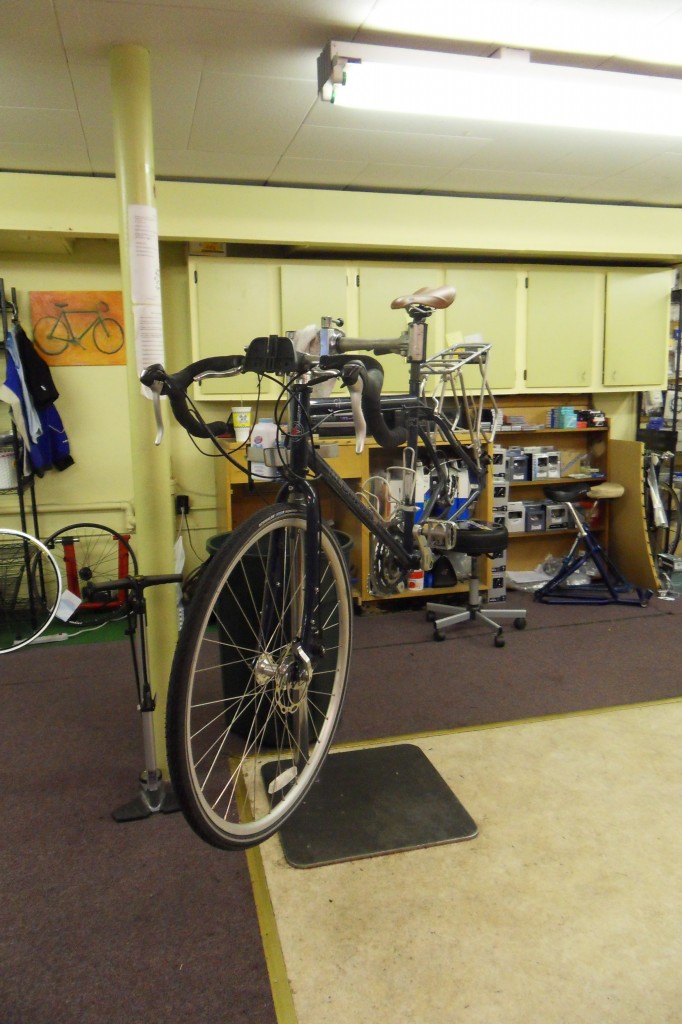 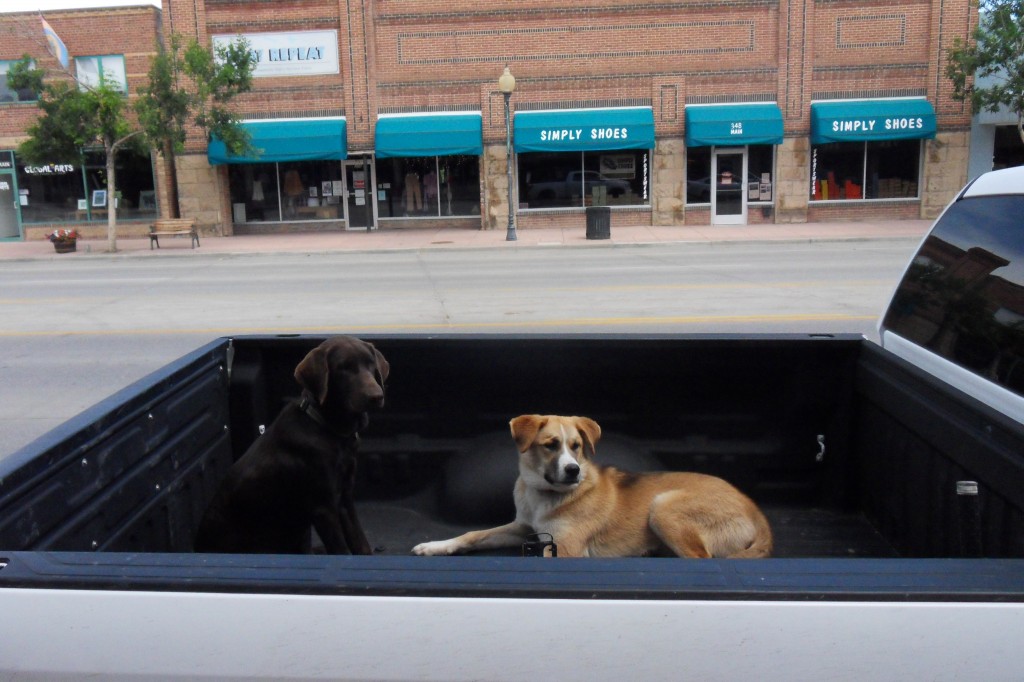 For the World Cup final we headed back to the forge where a few dutch people in town had converted the bar for the afternoon. The bartender Victor was supporting Spain and cracked jokes all game winding the dutch up, whilst supplying us with free popcorn. So Spain won, the dutch were sad and we went and picked the bikes up. We couldn’t stay at the Hostel a second night because it was fully booked so took advantage of a motel offer in town which lets cyclists camp at back and use the shower and jacuzzi facilities. 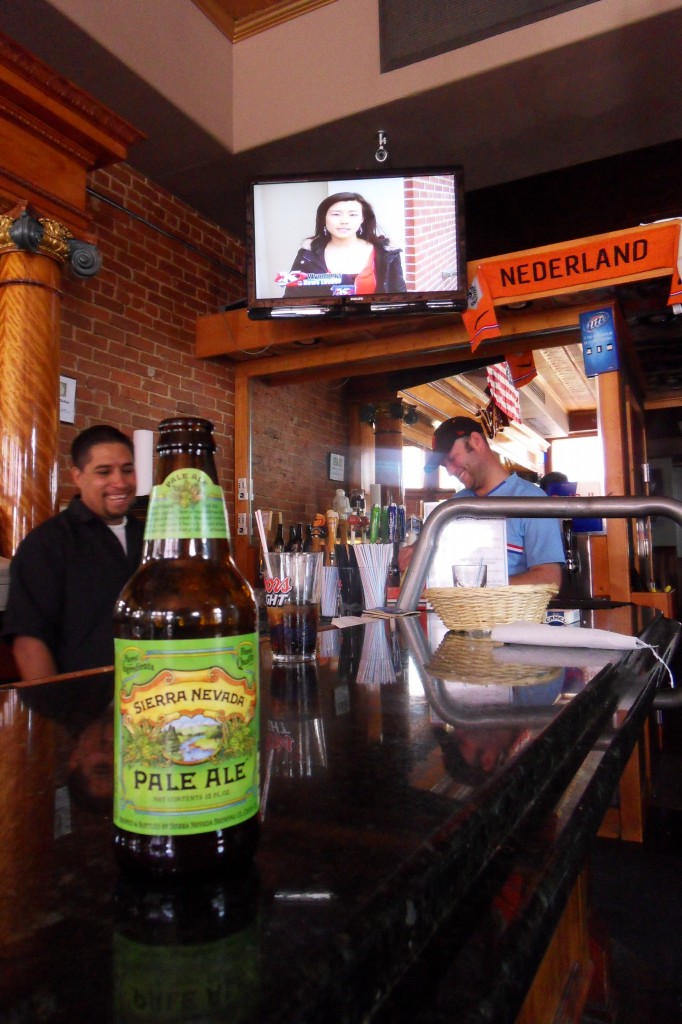 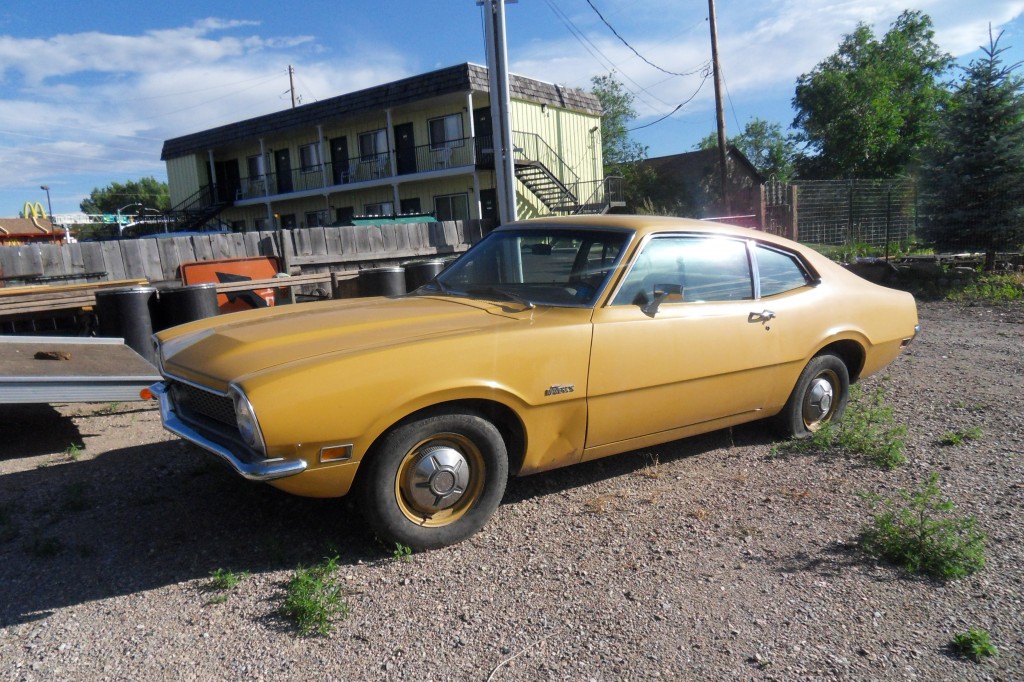 At the end of the night the place suddenly went biker crazy, first 2 guys and a girl turned up but got rooms at the motel then two other people on recumbents arrived with another guy called Eli. We chatted briefly, the recumbents had actually just finished their trip but Eli was keen to ride with us tomorrow, he is 20 and from upstate New York. He isn’t following the transam completely but is ending in pretty much the same place.