The early riding again was great, I’am really enjoying Wyoming. About a week ago we had past an Eastbounder who told us to get out of Wyoming as quick as possible because its just a desert! He was from L.A which in my books is the worst place on earth so what does he know? Clear skies and perfect heat forecast, again with none of the headwinds we had been told about. 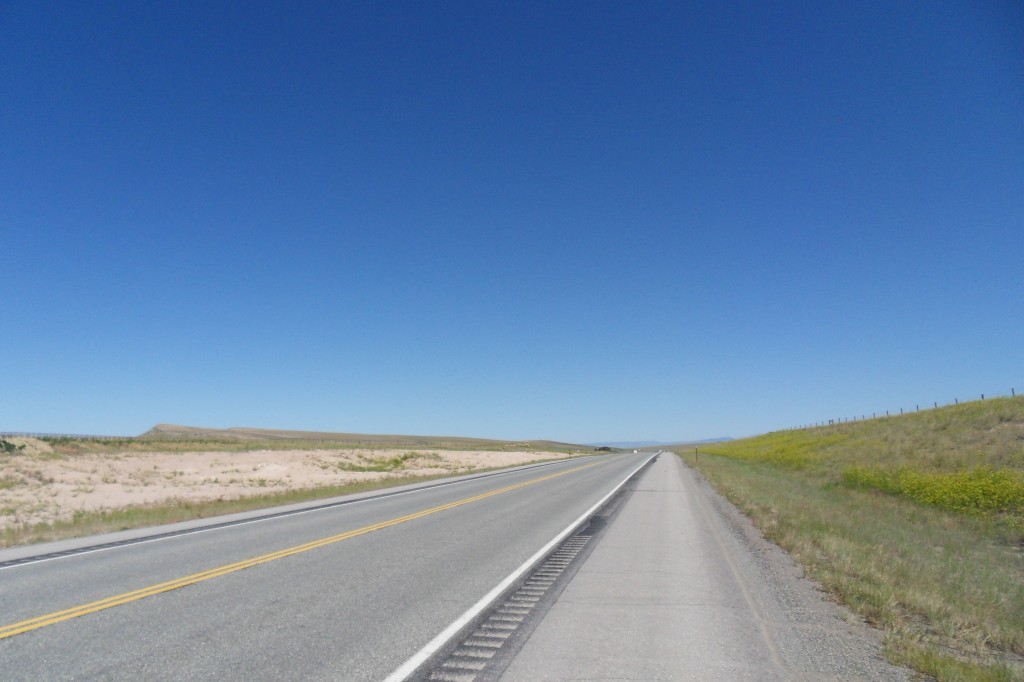 The scenery rapidly changed again into something resembling more of the wild west with red rock formations, mesas and buttes sticking out amongst the flat landscape. We approached a cafe for some lunch which turned out to be closed and then pressed on towards the next services at Muddy Gap. We encountered a group of 5 female cyclists who warned us strongly against staying in Jeffrey City where we had planned to stay. It wasn’t the first time we had been told this and they gave us some more negative stories about the town. They seemed like a miserable bunch though and all this bad press for Jeffrey City has made me intrigued to the point at which I WANT to stay. 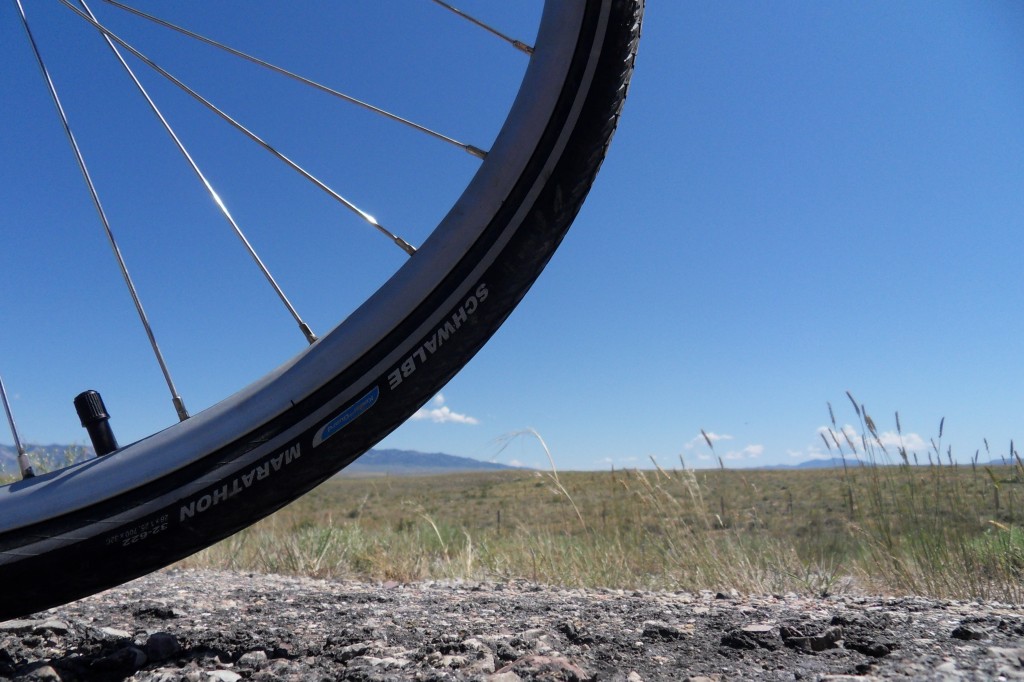 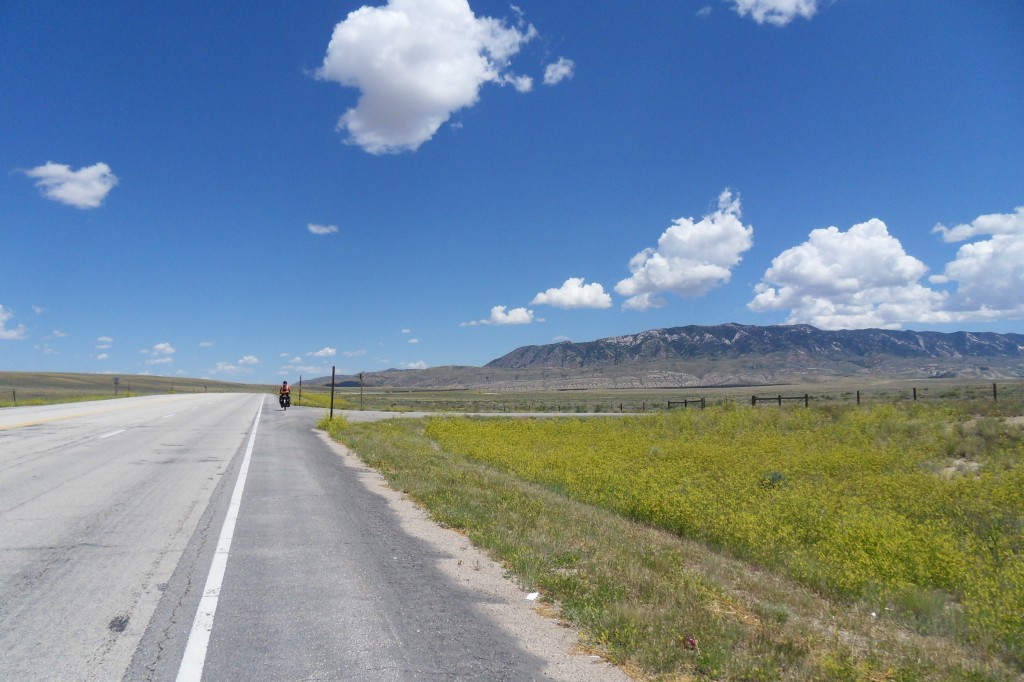 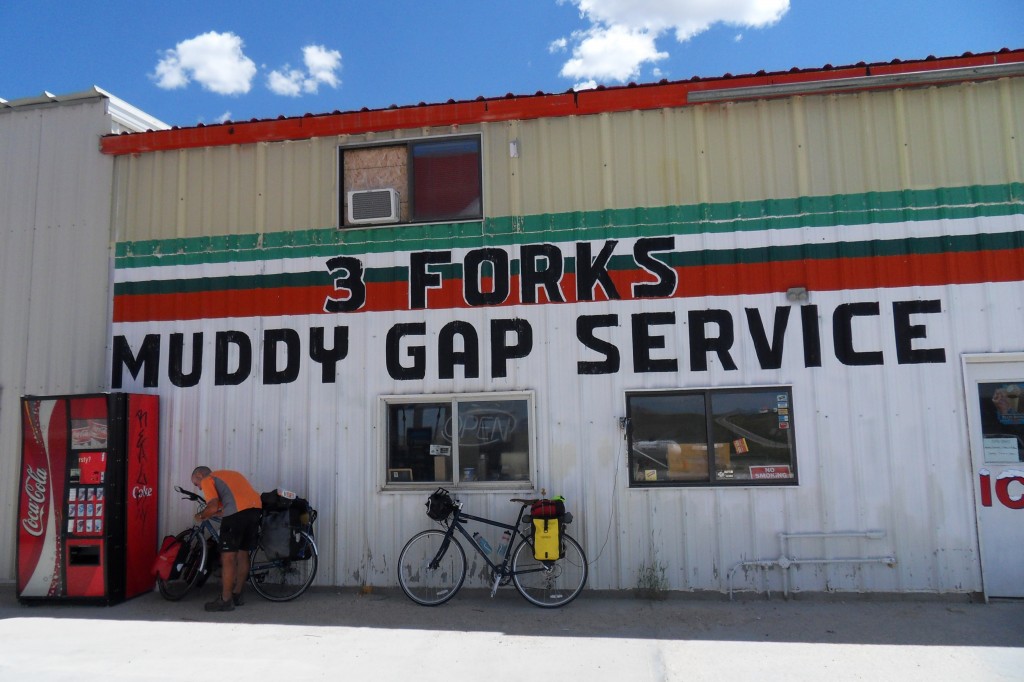 We got refreshments at Muddy Gap, it was the only services for miles around so everything was treble the price. A bunch more people got talking to us including a dad and his son about my age. He jokingly slapped his son on the head and said “Why aren’t you doing something like this!”. We continued to Jeffrey City now almost excited to see what the fuss is about. We know this, it was once a uranium mining town with a population around 7,000. It went bust and is now a ghost town with about 70 people. Once we arrived we headed to the cafe/bar, a few sorry looking locals are in there each strangely sat behind a laptop playing online gambling games. One elderly woman was even playing Warcraft! It seems this is literally the whole town, every other building is closed. We sat and had some beers whilst making use of the wifi. We talked with a guy who had just gotten out of jail after 6 months for what he said was running a stop sign. It all made for great people watching and we spent about 4 hours inside before heading over the street to the old Lions Clubhouse. 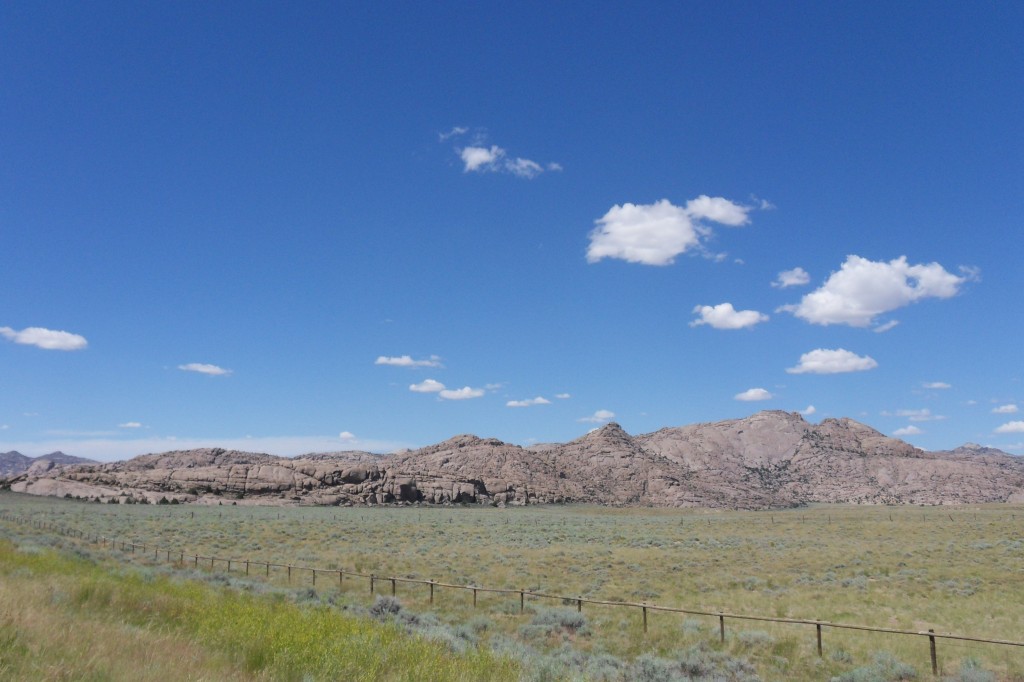 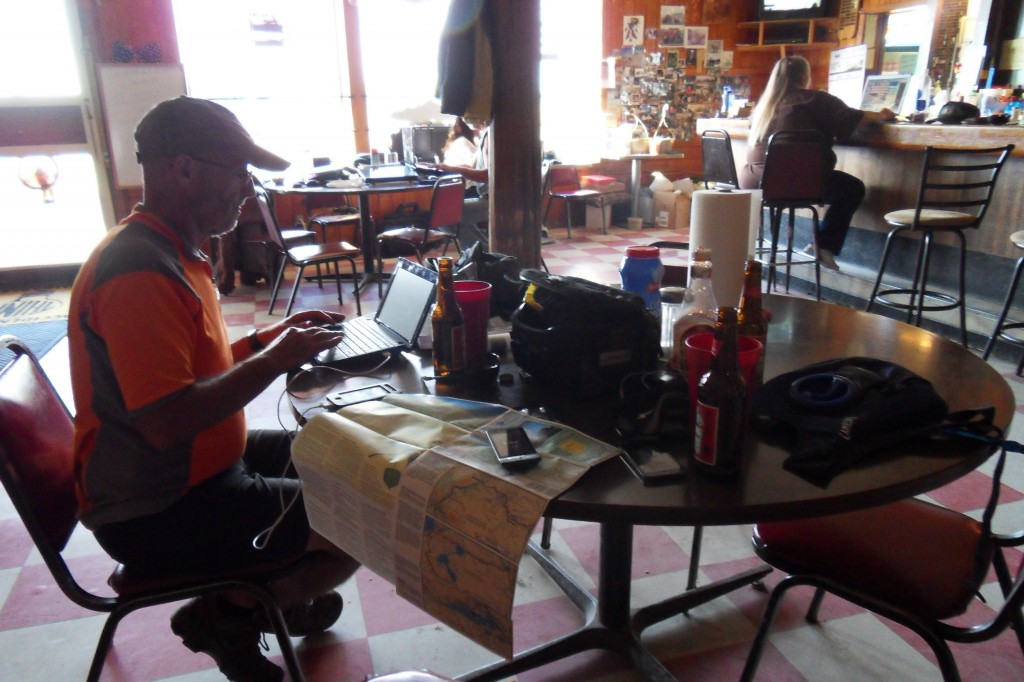 It had an outdoor pavillion and a derilict building. Mosquito’s swamped you outside so we opted to head indoors. The place looked as though it had literally been left behind the day the town went bust with papers and books dating back to the 80’s. The building had no electricity or water but we had stocked up on the latter in the bar. One end had a toilet block which must have been left for some time and now kicked up abit of an odour. At the other end of the building however it was fine. Terry cooked some pasta and we set our tents up inside anyway to avoid the bugs. It may not be a nice place but I’m glad we stayed hear and ignored the naysayers. Its free afterall and was probably the most unique evening of my trip so far. If you have to stay in Jeffrey, don’t be scared. 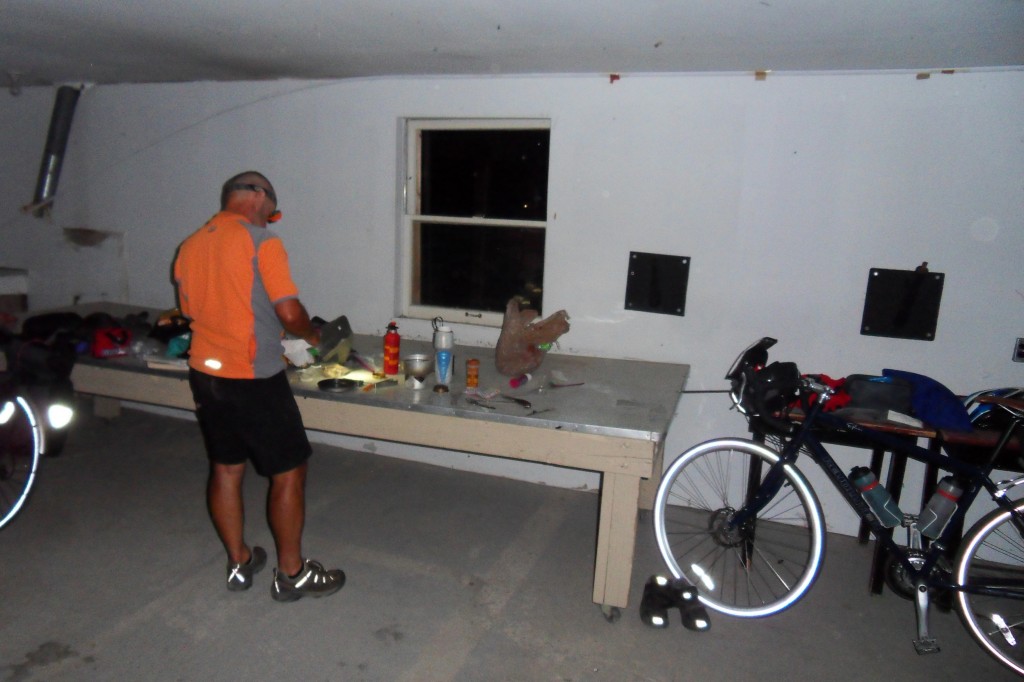 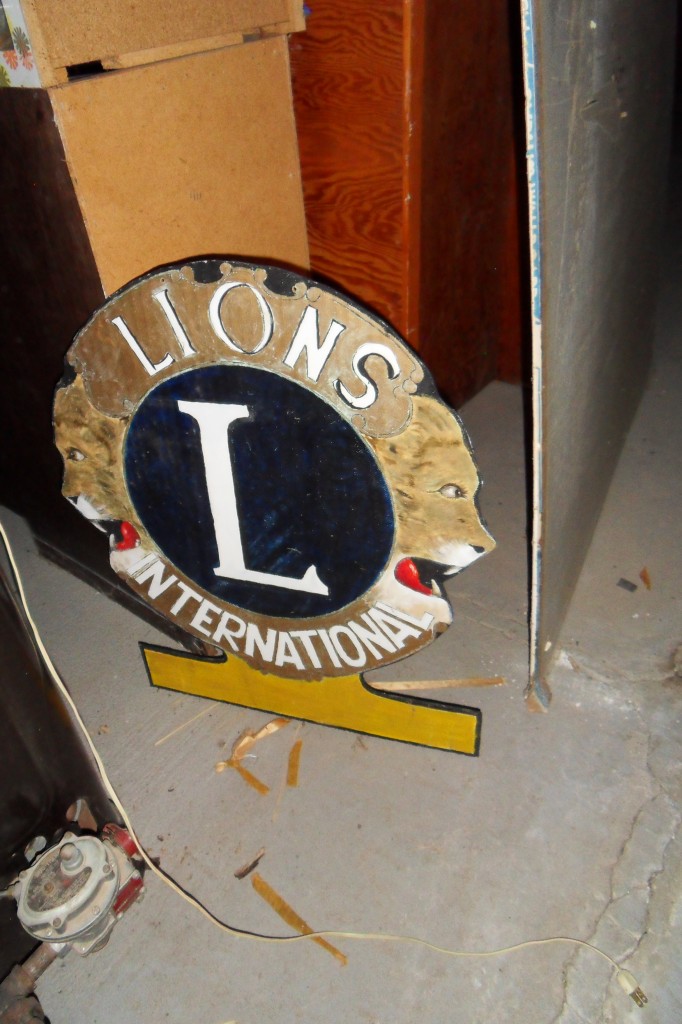