When I woke at 6am the sun was shining through my tent and it seemed pretty nice outside but when I eventually emerged at 6:30 to Terry cooking breakfast a dense fog had covered the place, blotting out the sun. It was icey cold and I ended up sitting inside my sleeping bag at the bench waiting for an hour or so for the sun to finally burn through. My breakfasts with Terry have been great, I would have probably eaten very different on occasions if it wasn’t for him. 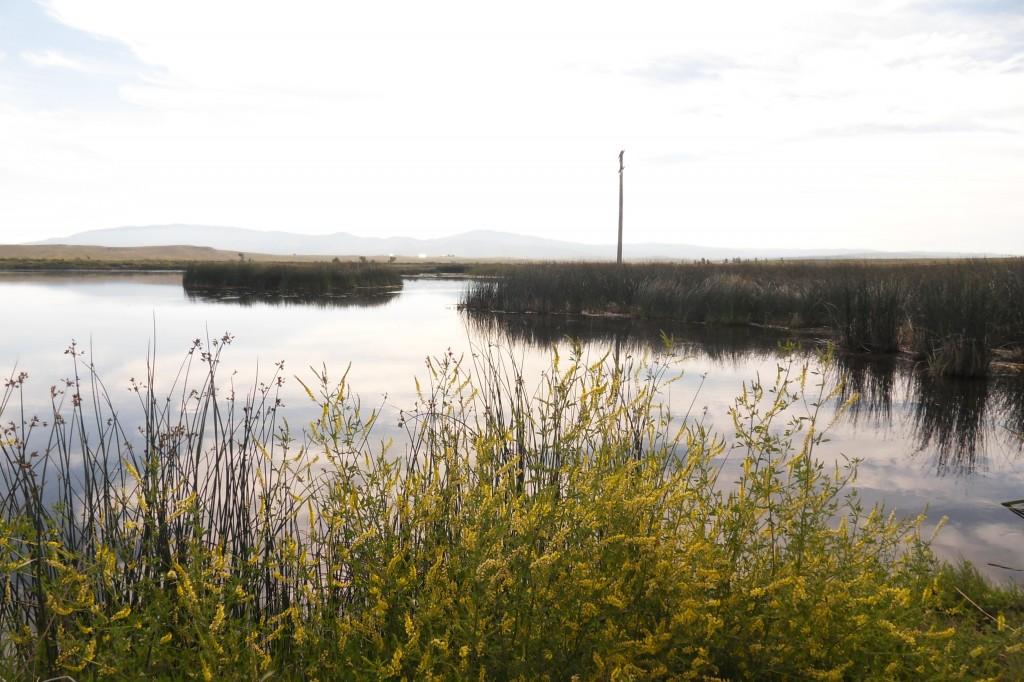 The early riding was great, Wyoming has a fresh feel to it just like most states seem to manage. I was cruising happily with my iPod this morning and was glad to see clear skies after having to dodge storms more than I would have liked recently. 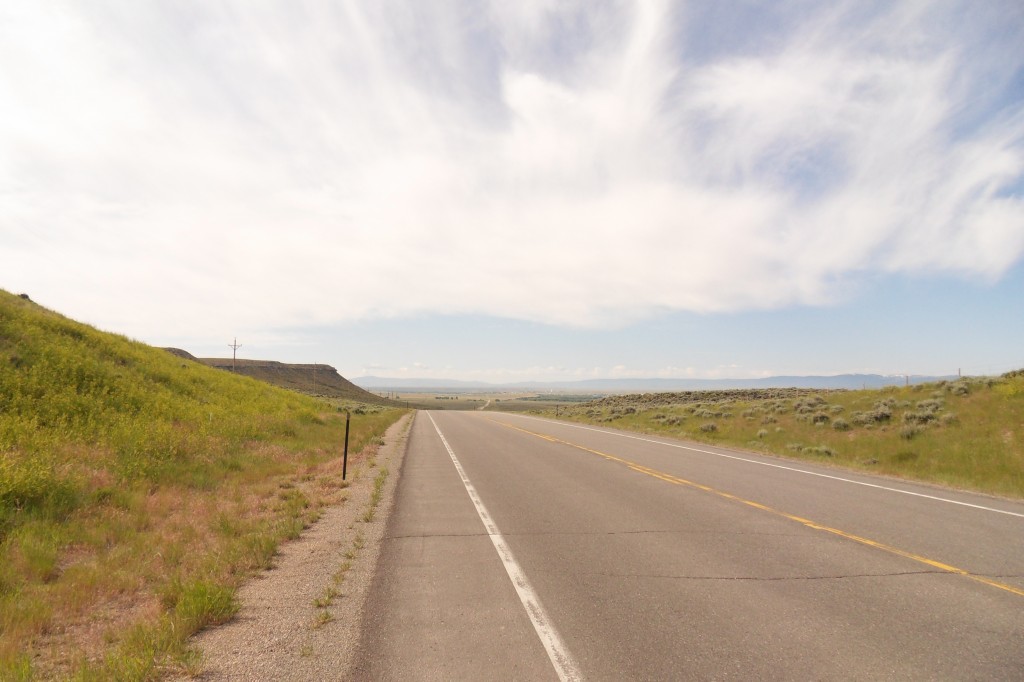 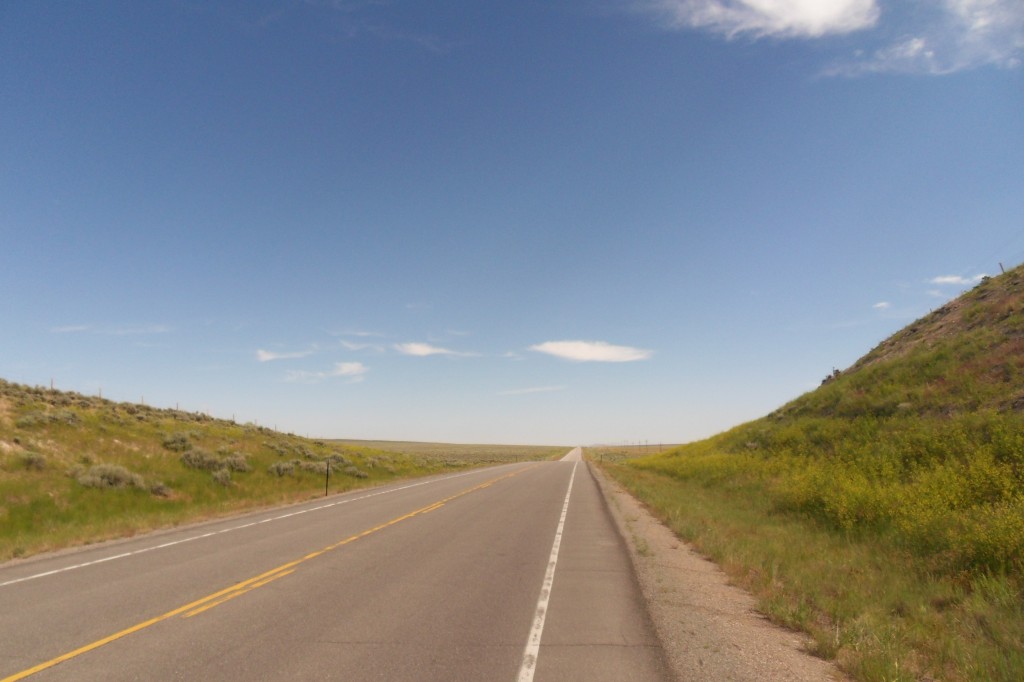 We stopped at Walcott for a quick snack knowing today wasn’t going to be that long. A convoy of vans carrying a large family on a road trip turned up and asked where we were riding too. The usual shocked response was soon followed by an offer of food and water but we had just restocked. We then had to ride for the first time on the interstate, I’m not even sure if its legal but the maps tell us too! Traffic was medium-light and we had a nice wide shoulder, Wyoming is actually the least populated state which is maybe why we can ride it. 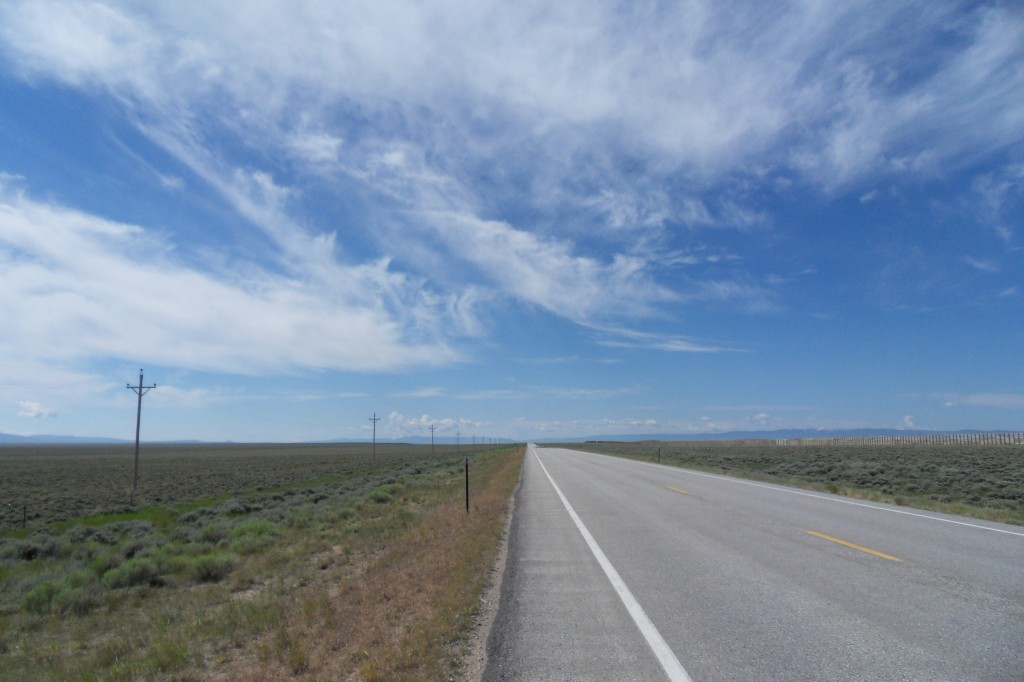 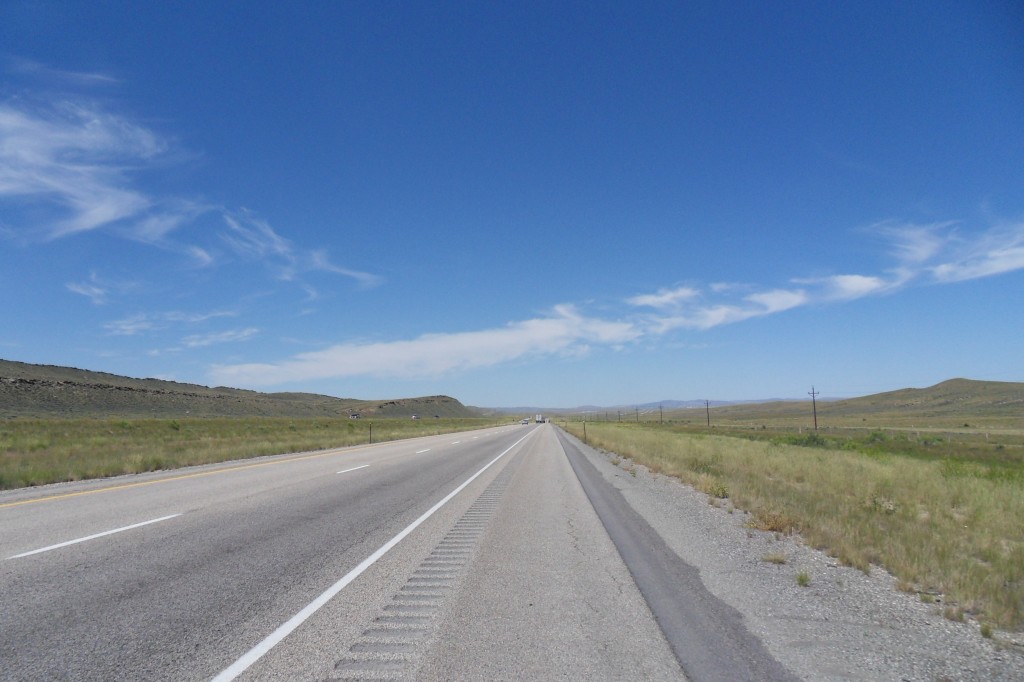 After passing through Sinclair, which is essentially an oil refinery with a housing estate in the back garden we arrived in Rawlins and headed for the bike shop, I wanted my spokes looked at and we needed some supplies. There were 3 young kids aged about 10 in the shop looking at the BMX bikes, they soon started asking me questions. The chubby one was the spokesman for the group and kept referring to my bike riding as driving. “Where have you driven from, where are you driving too.” They were drooling over one special edition bike for $350 but I told them it was a long way from Christmas. It seemed like they were considering pitching in to share the bike, either way it was funny watching and talking with them. I told them not to be so astonished at what I was doing because if they remained friends there is no reason they can’t do the same thing together when they grow up. 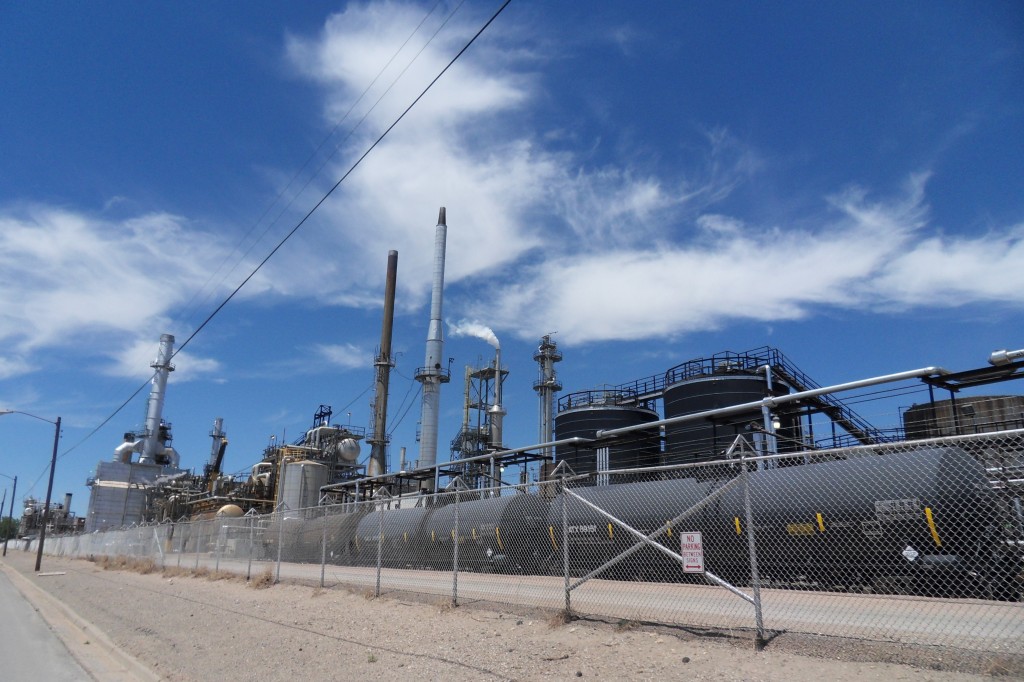 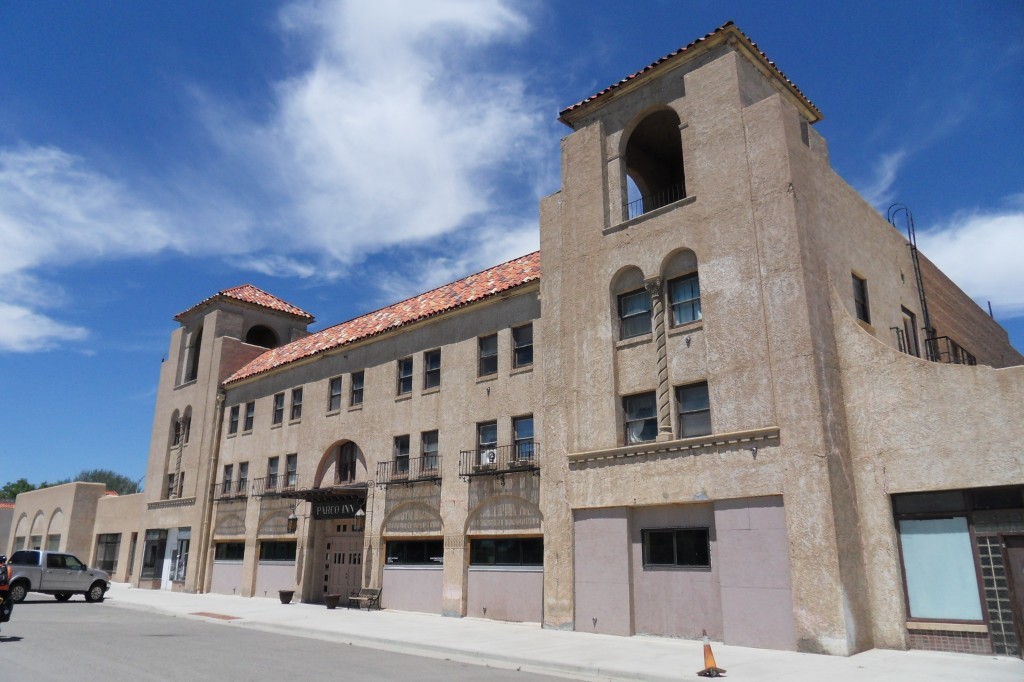 We had split a cheap motel room which I went back to after grabbing food while Terry continued to shop. I sat and watched TV for a while which I haven’t done all trip really apart from the England games and then got an early nights sleep, double bed to myself is a rare treat.