Before leaving Walden we returned to last nights place for breakfast. They had wifi too so I could catch up on some blogging, bonus. After starting the ride I soon realised we were going to have to dodge storms again. Creepy looking clouds were pillowing above my head and growing darker by the second. 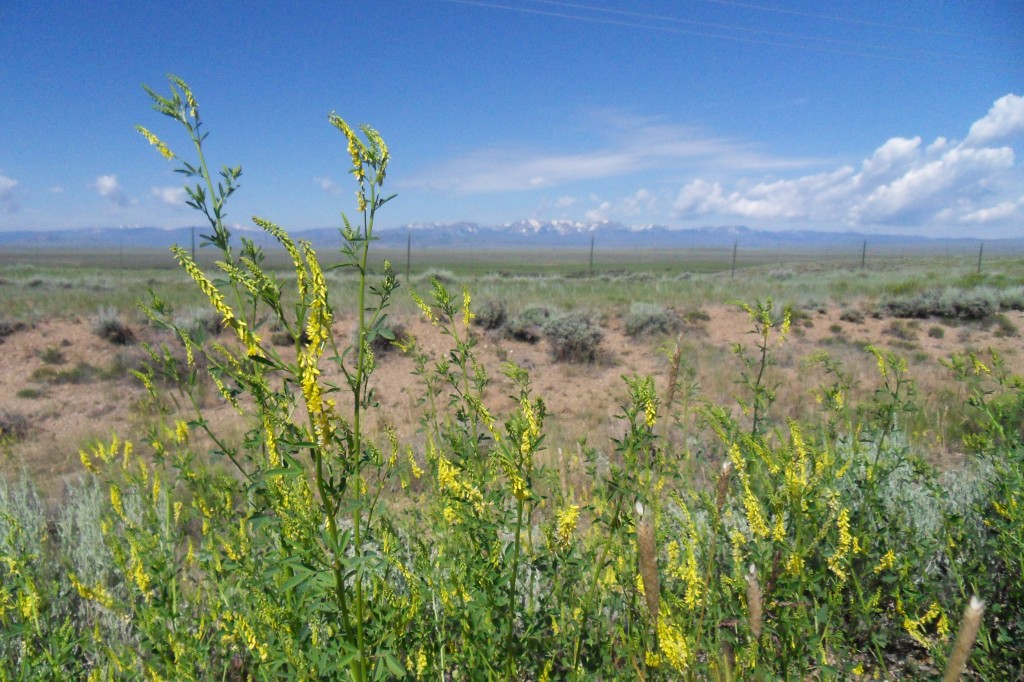 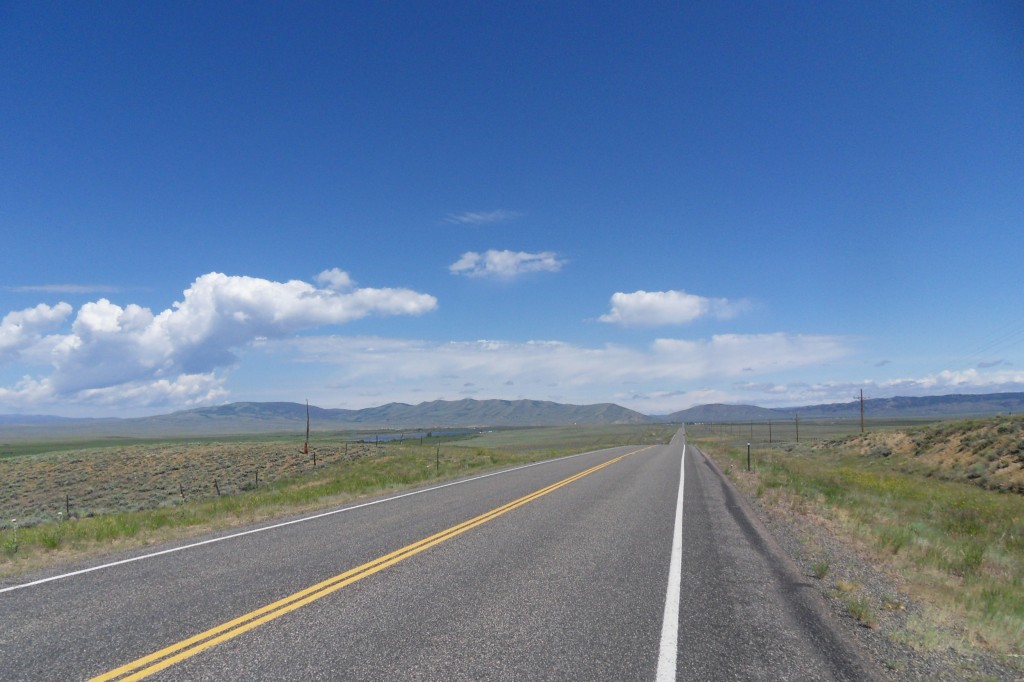 It wasn’t until after reaching the Wyoming state sign that things got ugly. I set my camera up ready, waited for Terry to catch up had him snap my picture quick as the rain started to drop. I then roared on, I was going pretty fast today and was determined to ride out the storm. A few miles down the road I caught the edge of it, so before it soaked me through I pulled my bike off the road and got under my tent. Terry caught up a little while later wet through just as it started to pass.

It teased us right through to Riverside, everytime I would look back towards Terry it seemed to be engulfing him. After stopping and eating in Riverside we found a bunch of eastbounders. Our destination for the night was Saratoga and they informed us of the hot springs there. Unlike in Hot Sulphur Springs, these ones were free! 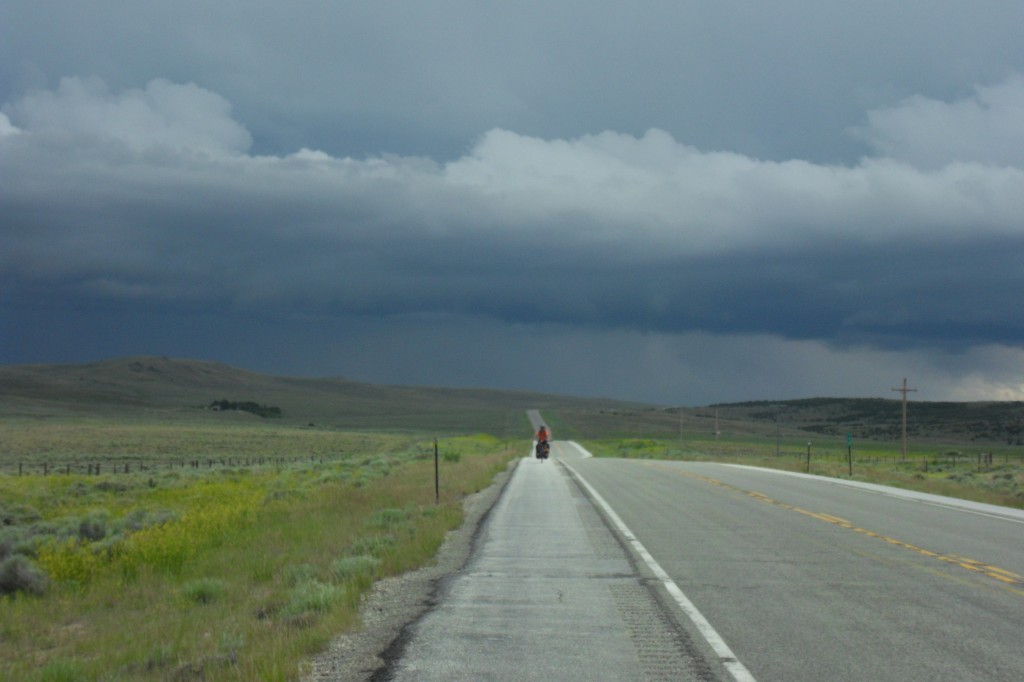 We pressed on the last 20 or so miles to Saratoga in calmer skies and after arriving followed the signs in town to the ‘Hobo Pool’. The springs were adjoined to the city swimming pool. There was a more glamorous looking section by the river which was full but we went for a dunk in the standard section. It took me several minutes to ease my way in from ankle to knee, to waist before finally submerging. Wyoming has several areas with incredible geothermal activity, most notably Yellowstone national park where I will be in about a week. It was so hot but once I was in my whole body tingled like crazy. I boiled for around 10 minutes before retreating to the showers feeling rejuvenated. 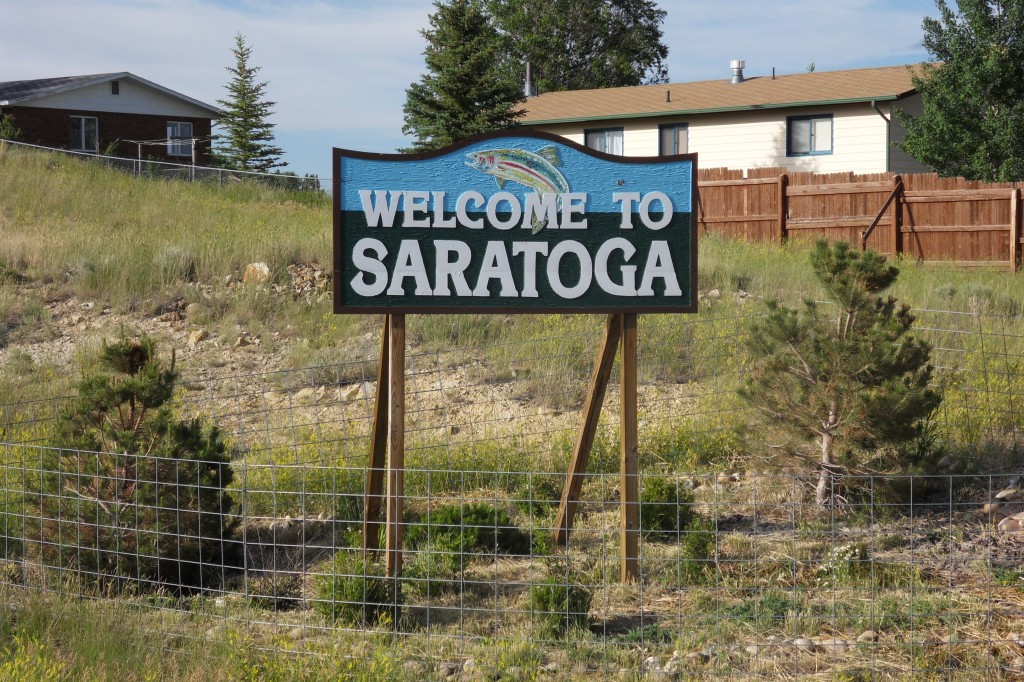 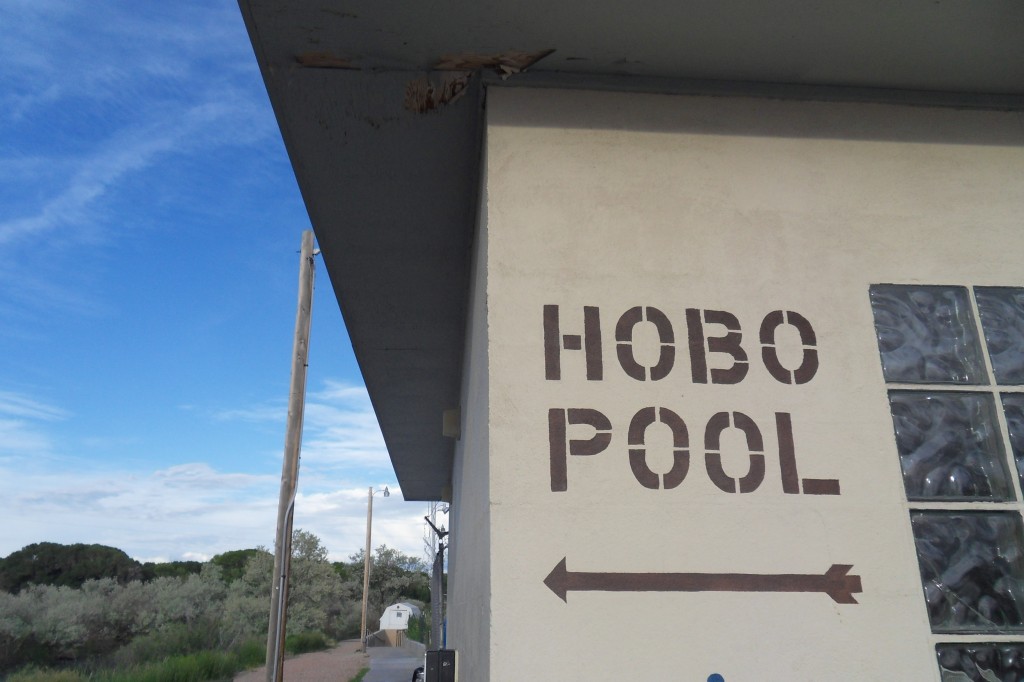 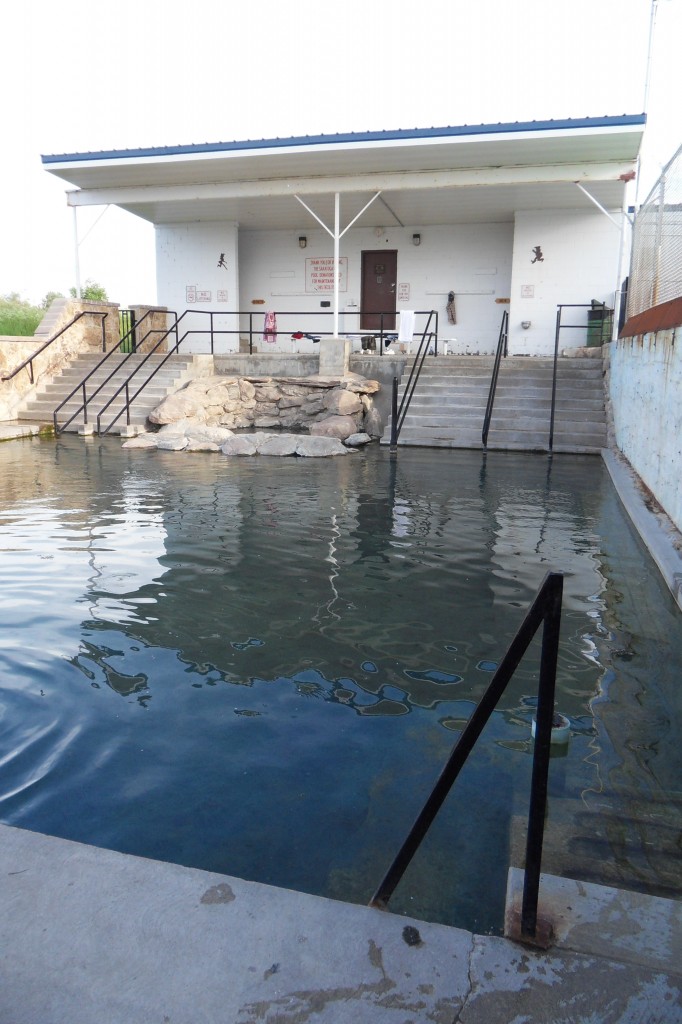 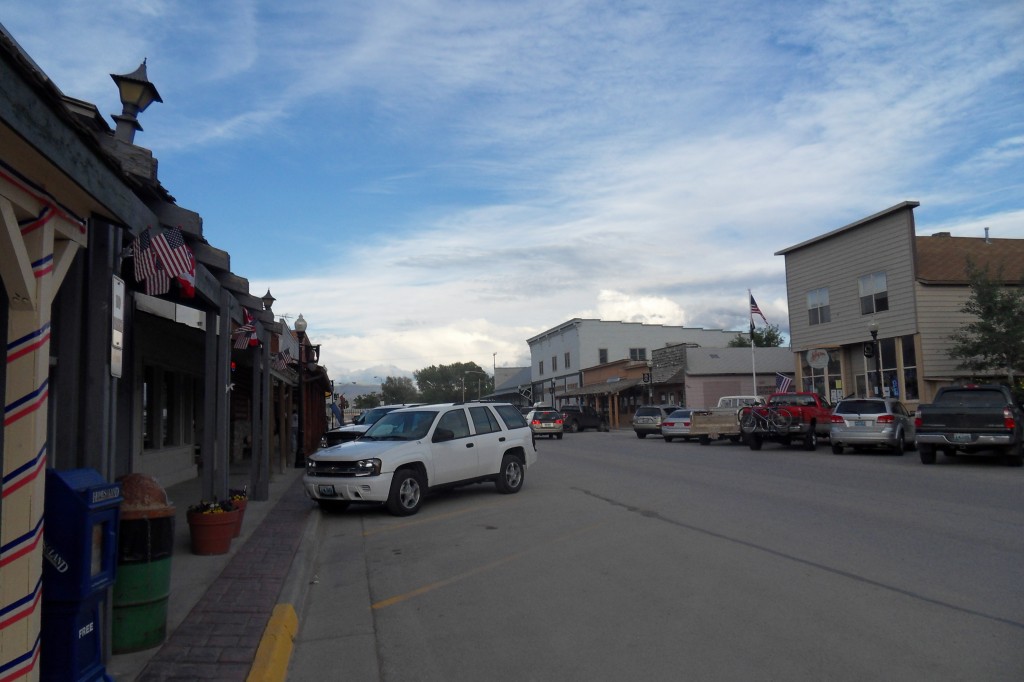 We passed through town to find the campground by the lake for $3.50 each. My tent was still wet from using it as a shield from the storm so I hung it in the tree to dry out before Terry cooked up some pasta in pesto. The sunset over the lake was intense and I watched it dip below the horizon before I went off to bed wearing nearly all items of clothing I have with me to avoid a repeat of the last time we camped. 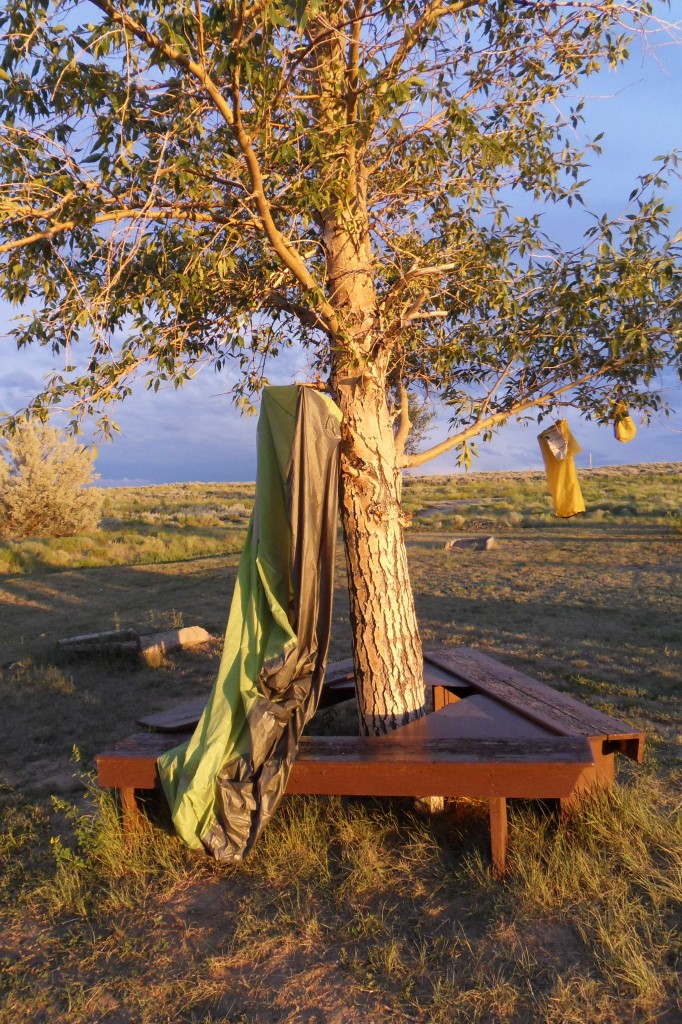 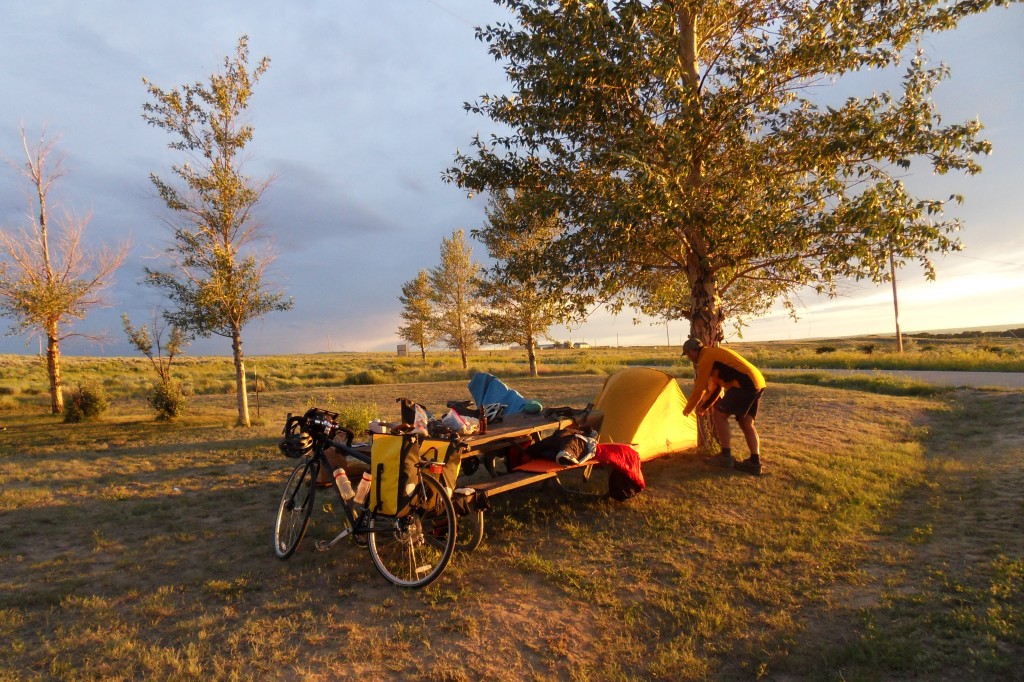 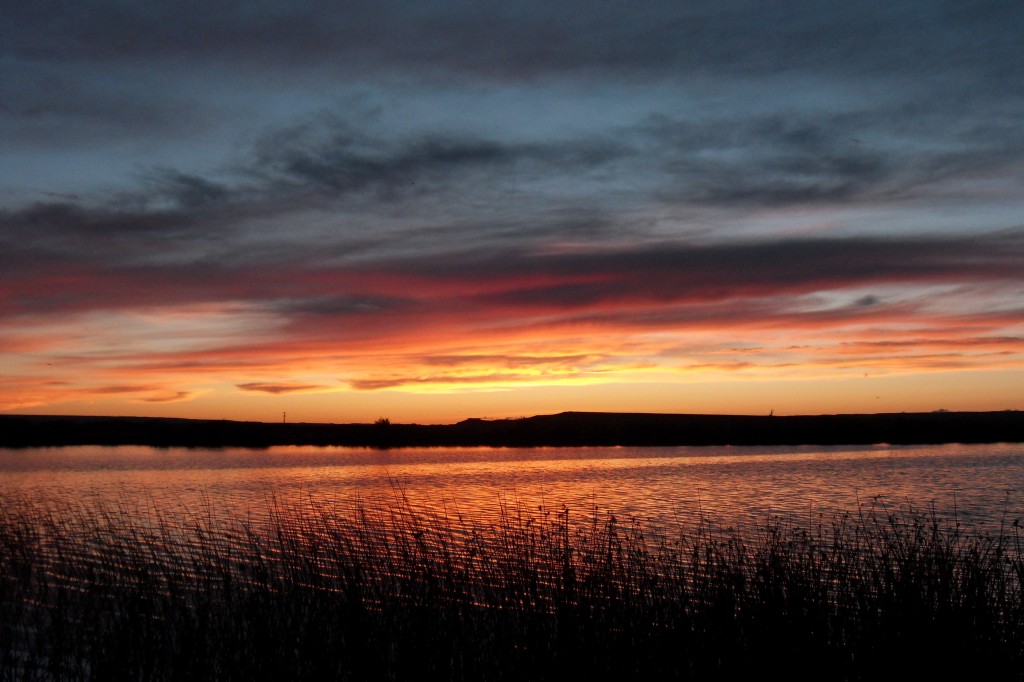