Fishermen wake me up around 5:30am loading their boats back into the river, I figure I have alot of mileage to cover today so get myself up and washed. I pack my tent and equipment up chew down an energy bar and hit the road by 6am. Its still a little dark so I don my hi-viz jacket and look like a big highlighter pen. On my way out the park one guy in a bowling shirt with a crooked eye comes over and says “Thats a reeeeeal nice biiiceeeeecle”, the virginia accent sounds deep south to me. 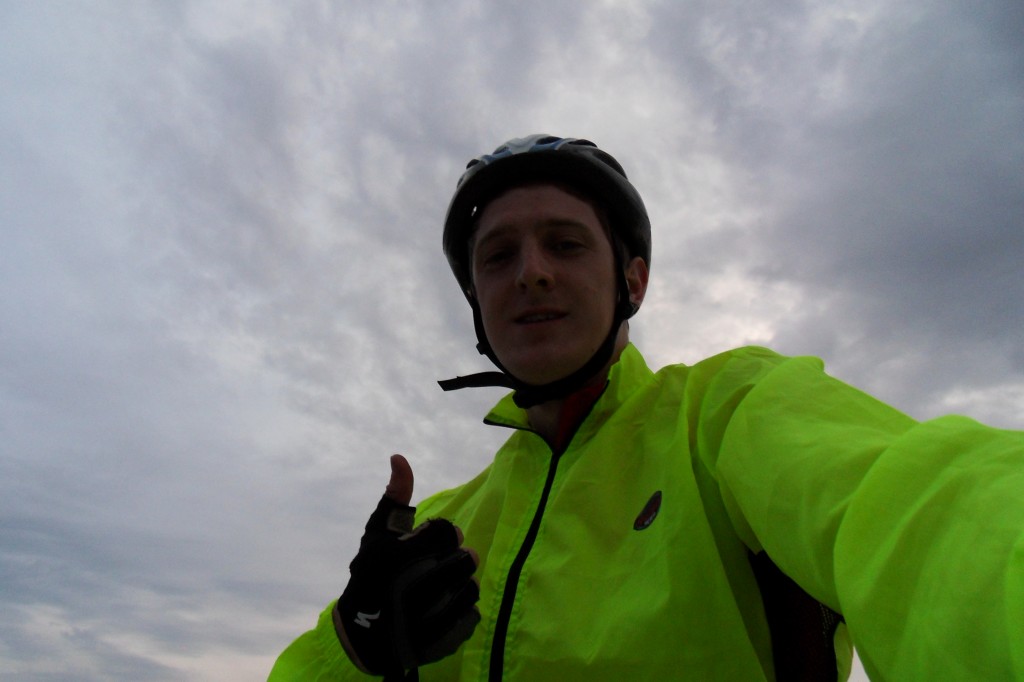 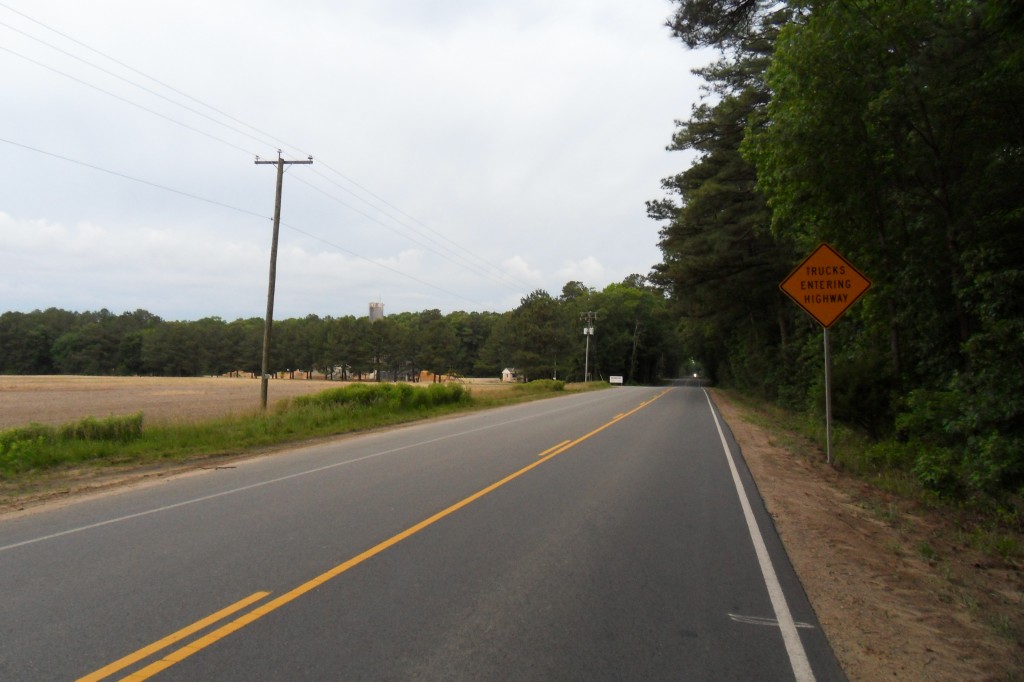 Its overcast but really humid again and I soon have to take it off. The first 15-20 miles are fairly easy through wooded roads and light traffic. I encounter 2 dead Possums within a mile or so of each other and as always stopped to take a picture for the obiturary, they stank.

I stopped at a few country stores to top up on Gatorade and chow down on Oatmeal banana bread, which I have become addicted too. A Harley rider pulled up and we jokingly compared disc brakes and average speed, he had already done 100 miles an it was barley past 8am. I came to another section of road where a detour had been put in place, luckily for me I had read about this on another cyclist blog and found the road was only closed for car traffic so I went right past all the signs with my bike. 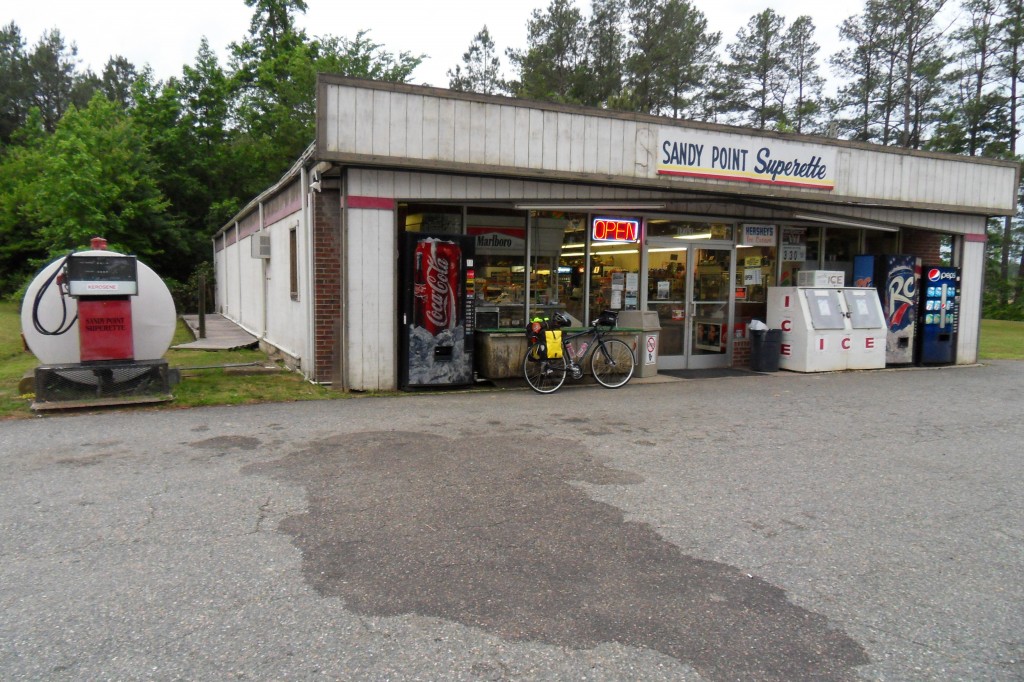 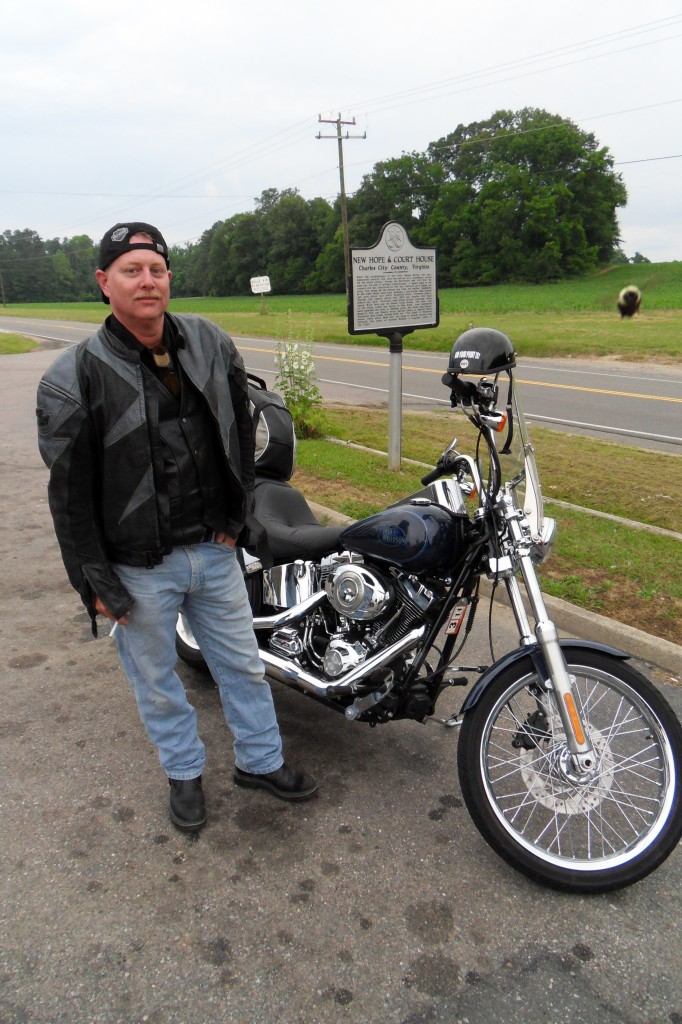 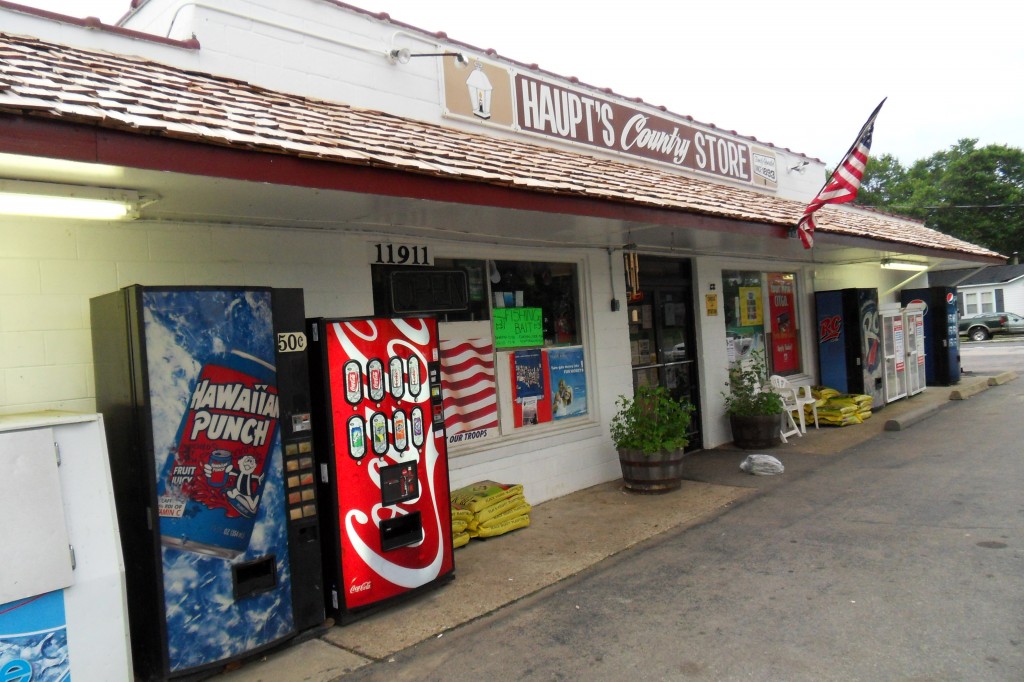 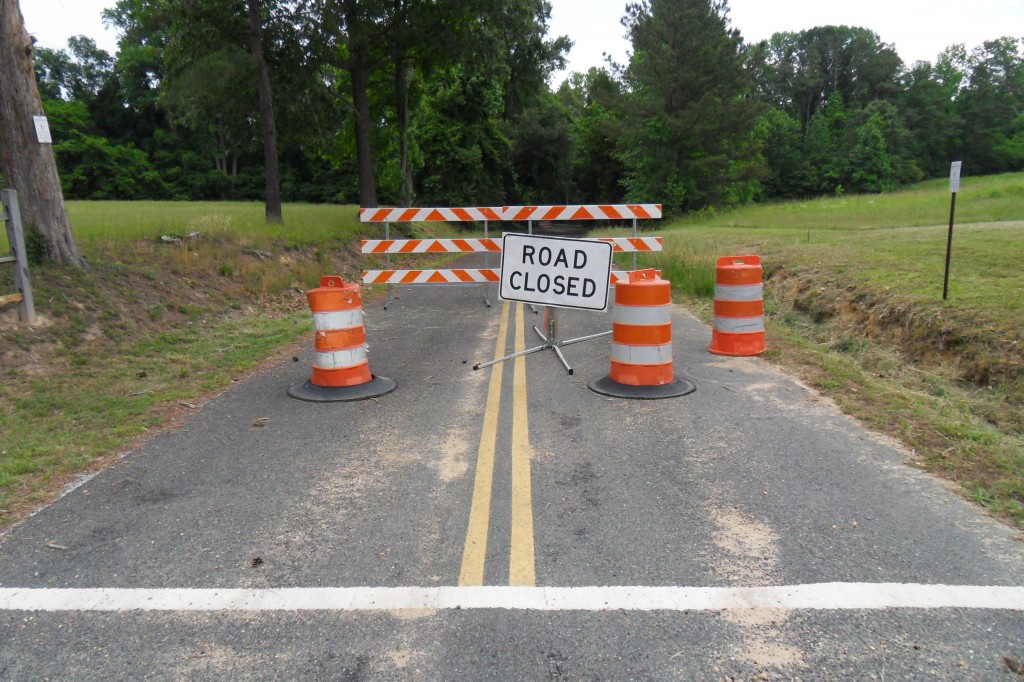 At this stage I had covered around 50 miles, and devoured a burger and corndog at another gas stop (petrol station, I know). The last third of the day was tough partly because I was tired and the fact the roads were now very busy being a Saturday. I had to cross a few interstates which was like running a gauntlet, I almost can’t believe the route passes through Mechanicsville. The roads and area are way too busy, there must be a better way. After clocking 70 miles I was approaching Ashland, I was exhausted but desperate to get a motel for the night and relax. A big motivation for the day was sleeping in a nice bed and having wifi so I could call home to let people know I was safe. 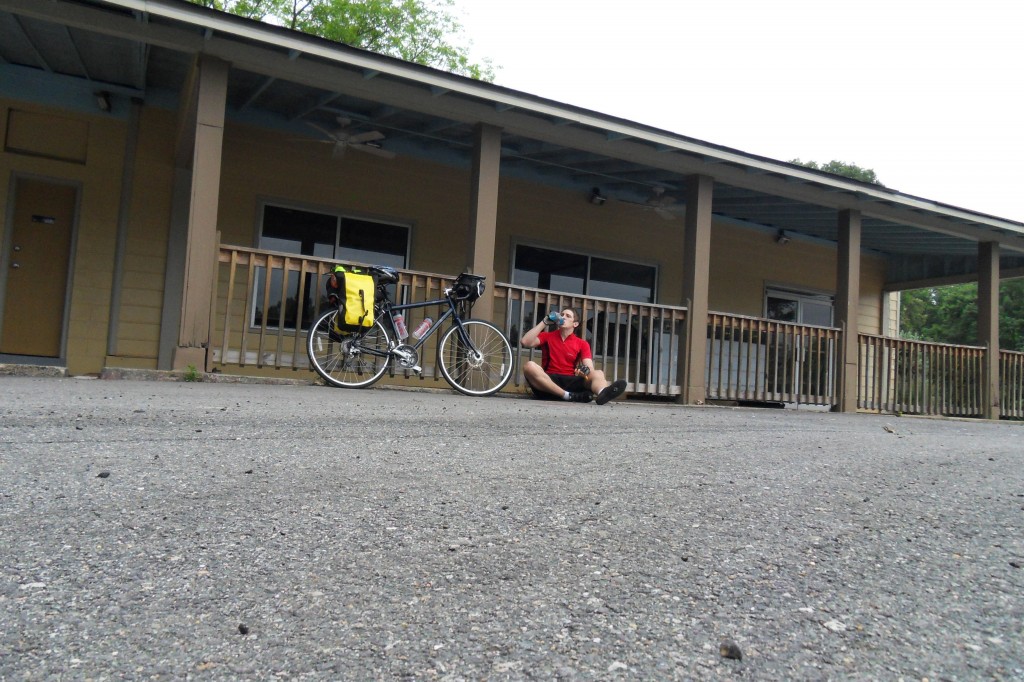 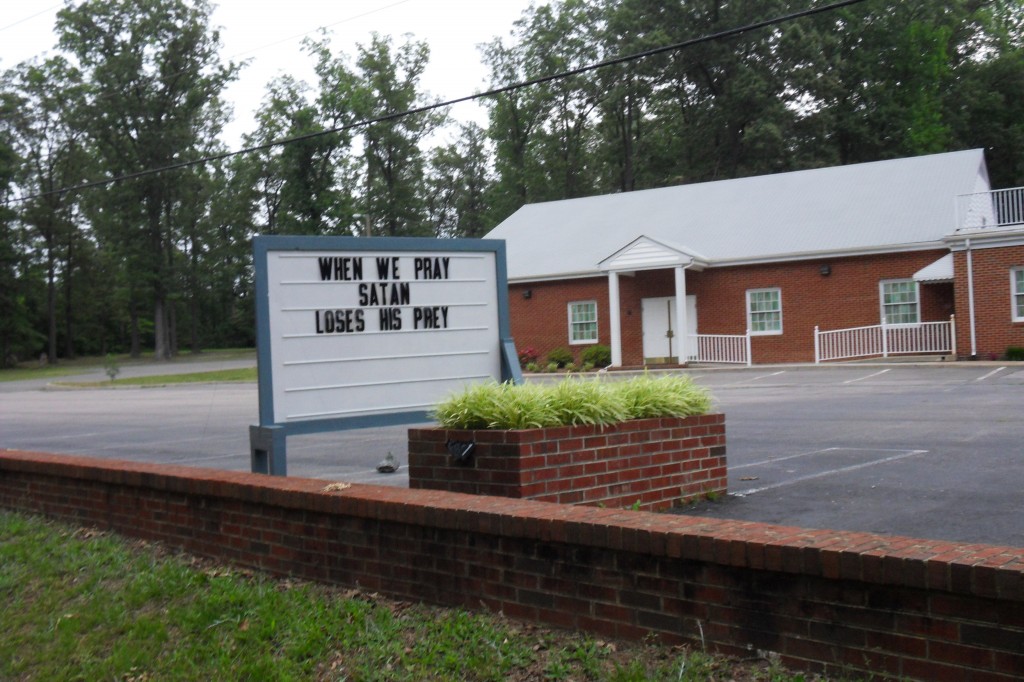 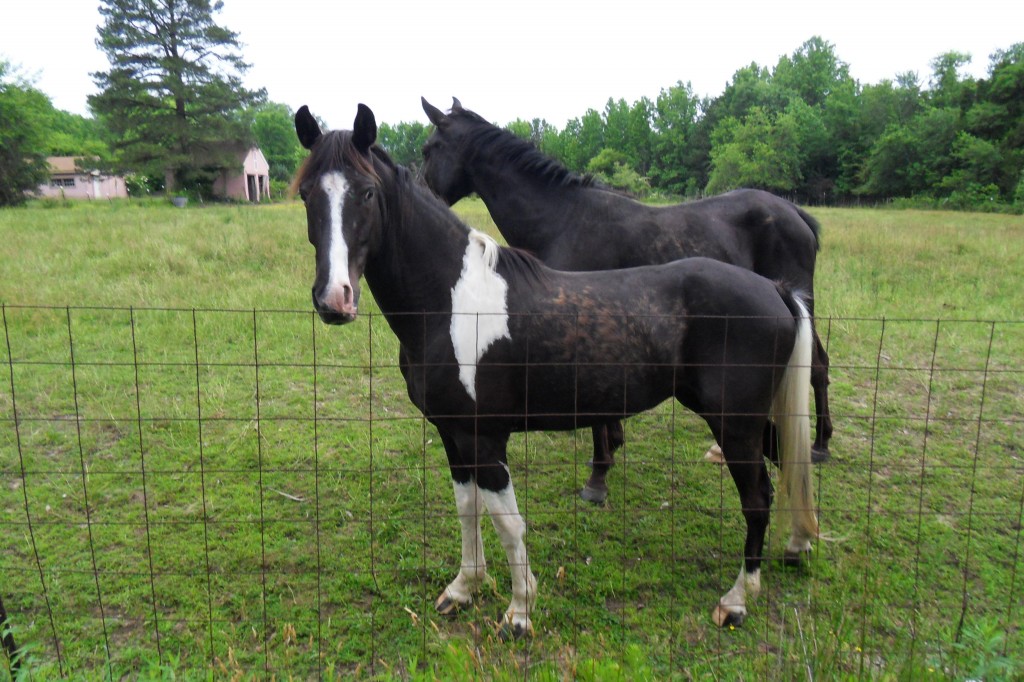 The day had one last challenge, actually finding a motel. I thought Ashland was going to be a one horse town with the usual main street having motels and fast-food joints. What I found was a decent sized busy town with a railway that runs right through it. Huge long trains came past every few minutes I don’t know how they put up with it. I put on my nicest voice and asked a few old people for directions. They pointed me onto England Street which was a big road connecting to the interstate. I could see the light and then saw the signs, motels galore all housed next to each other alongside a Taco Bell, KFC and Long John Silvers. Heaven. 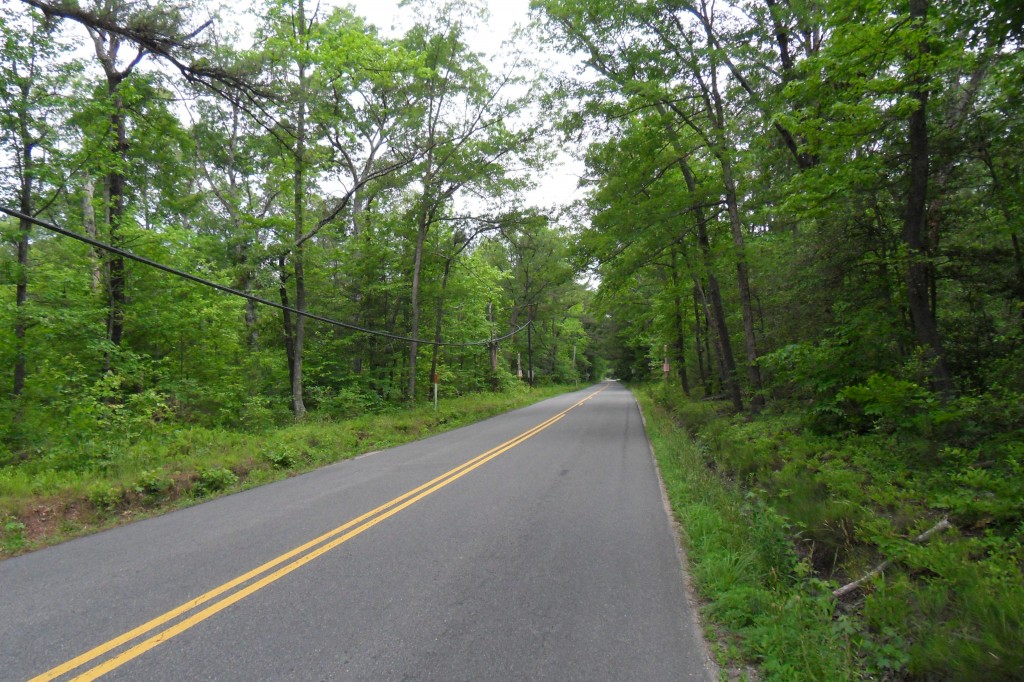 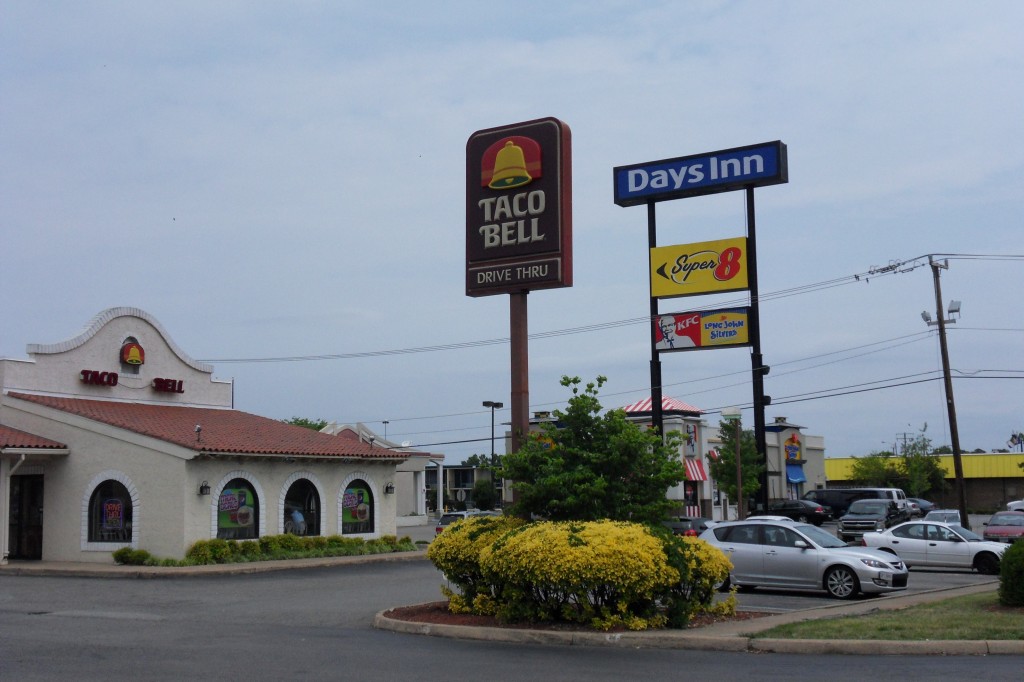 I showered for about half an hour then even took a bath to soothe my muscles before washing my clothes in the bath, the dirt that came off them was incredible but its important to keep things clean to avoid nasty saddle sores. After taking a nap I felt great, tomorrow won’t be as long as I hope to stay at the Mineral Fire Station about 45 miles away. Sleep.