I was up and showered by 7am waiting for the motel breakfast to open, the ‘continental’ consisted of the usual select cereals, danish rolls, orange juice and coffee which I have become accustomed too in the last few summers in the US. I checked out and hit the road around 7:45 making my way towards the Yorktown Victory Monument, the official start point of the Transamerica trail. 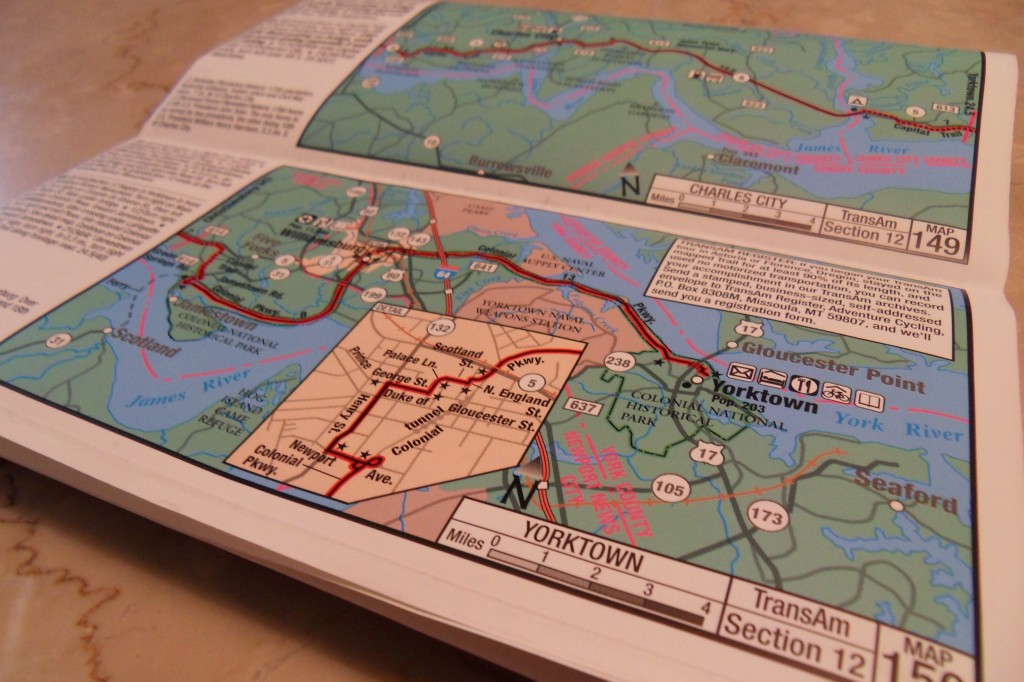 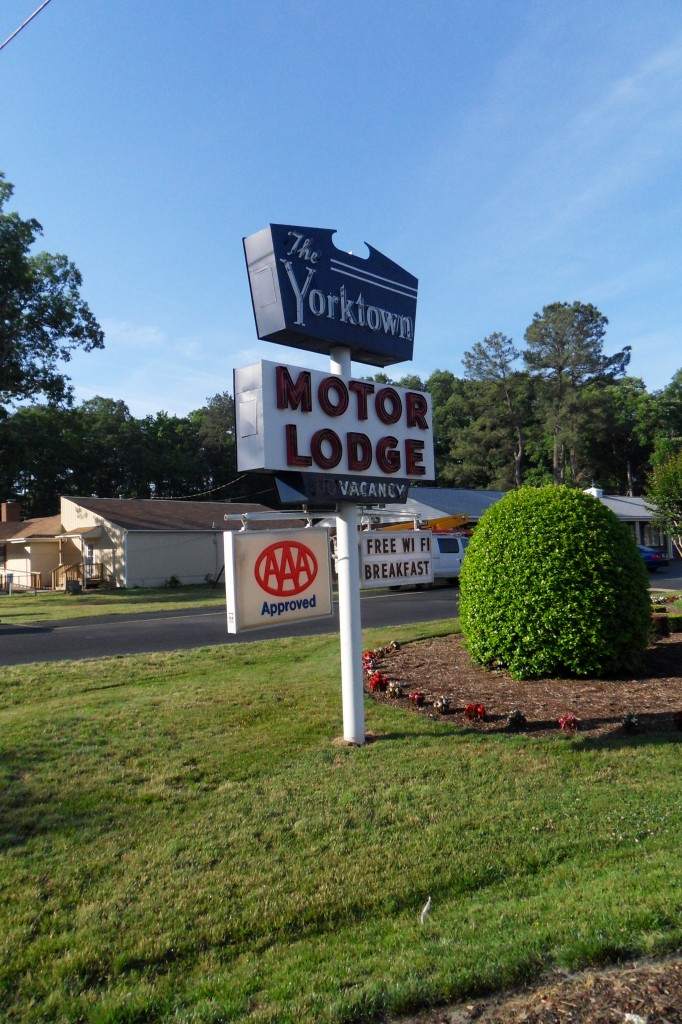 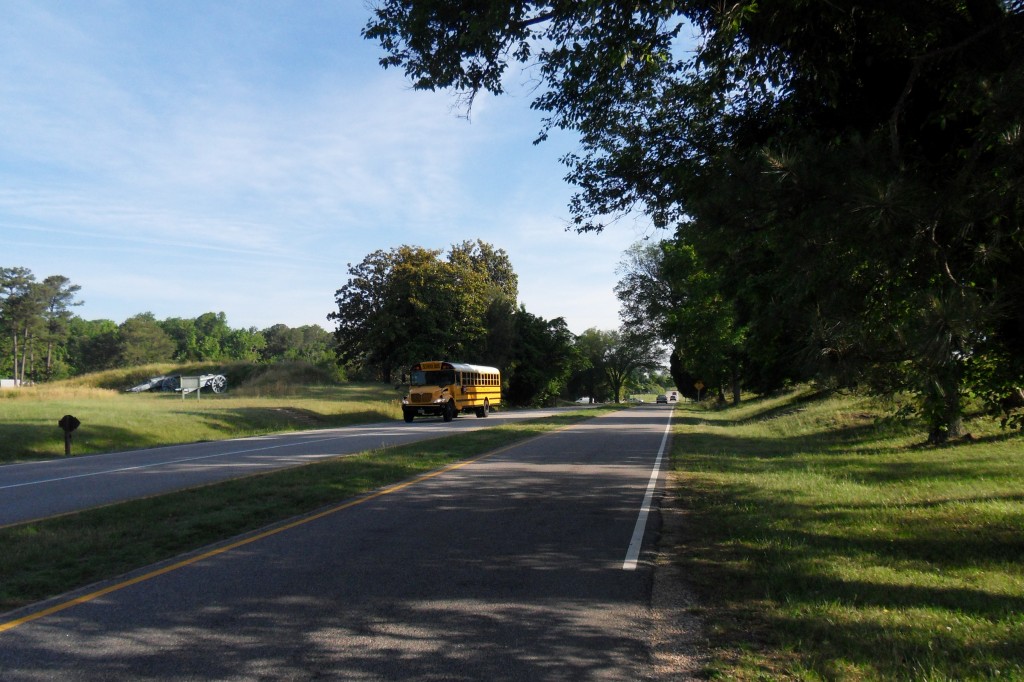 A guy from Taiwan was out taking pictures and he offered to take mine infront of it, I explained my trip and he wished me luck. I then headed to the sea dragging my bike across the beach for the obligatory rear wheel dip in the Atlantic Ocean. 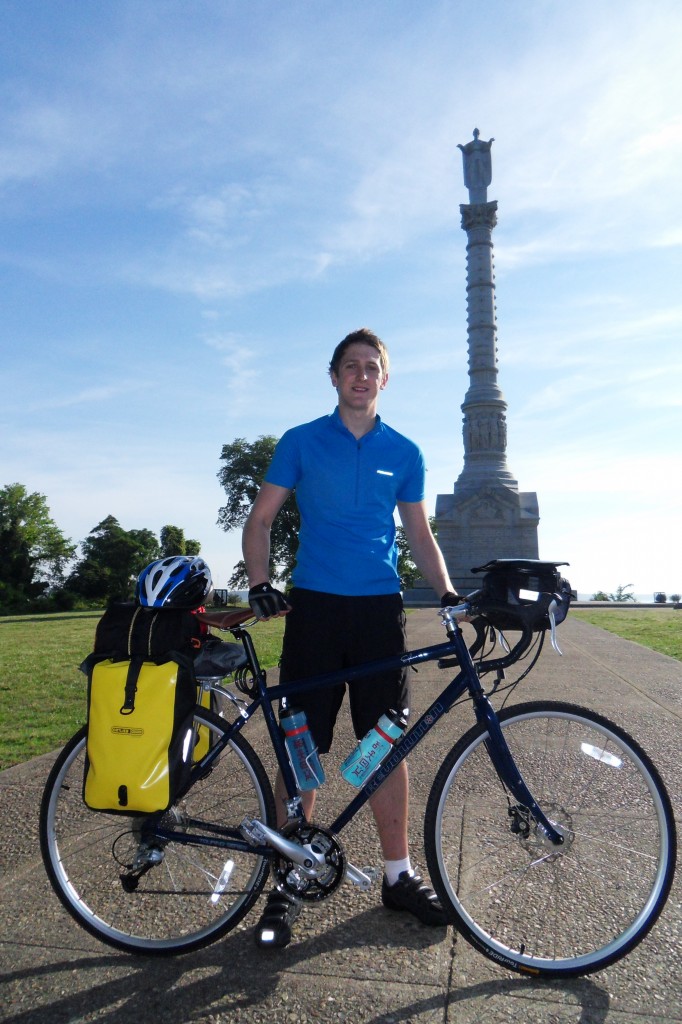 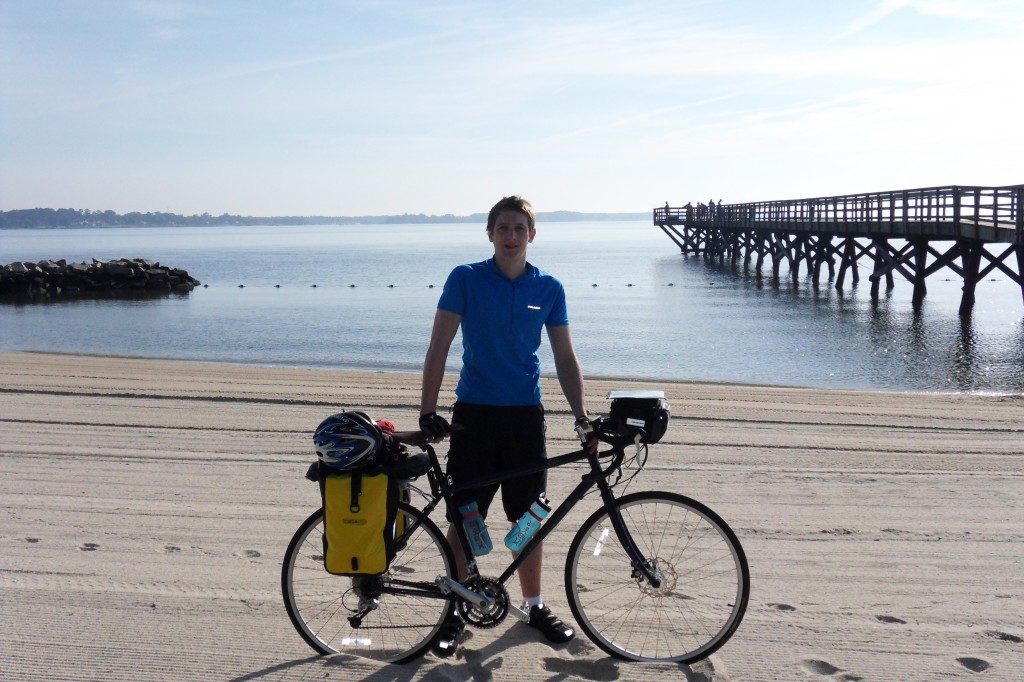 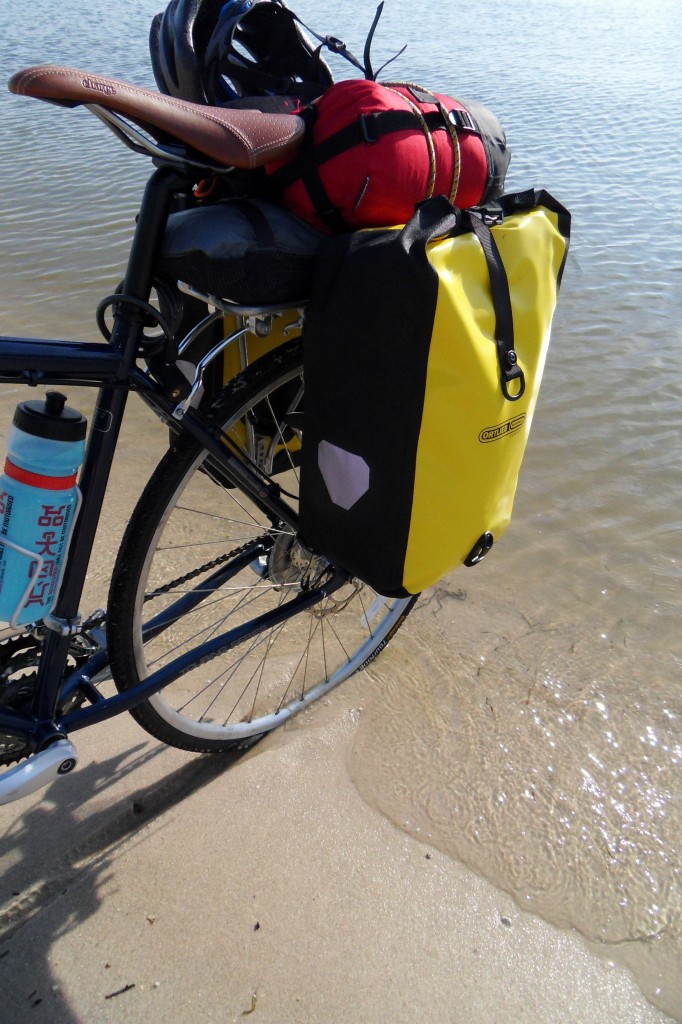 Formalities over I got riding along the colonial parkway, a beautiful tree lined road just next to the ocean. It was a hot and humid day already but the intermitent tree shade kept things just nice. I hadn’t ridden for 2 weeks so was suprised how easy it was to crank out the first 15 miles and I was soon in historic Williamsburg. This is a town of fully restored buildings from the 18th century formed by the early british colonies that arrived on the east coast. 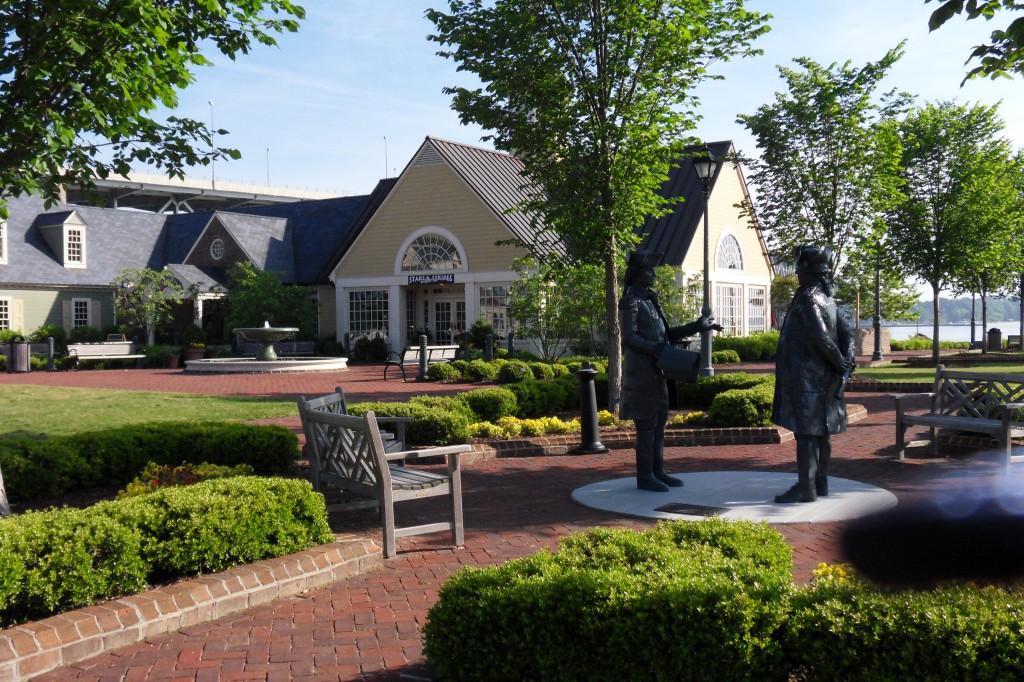 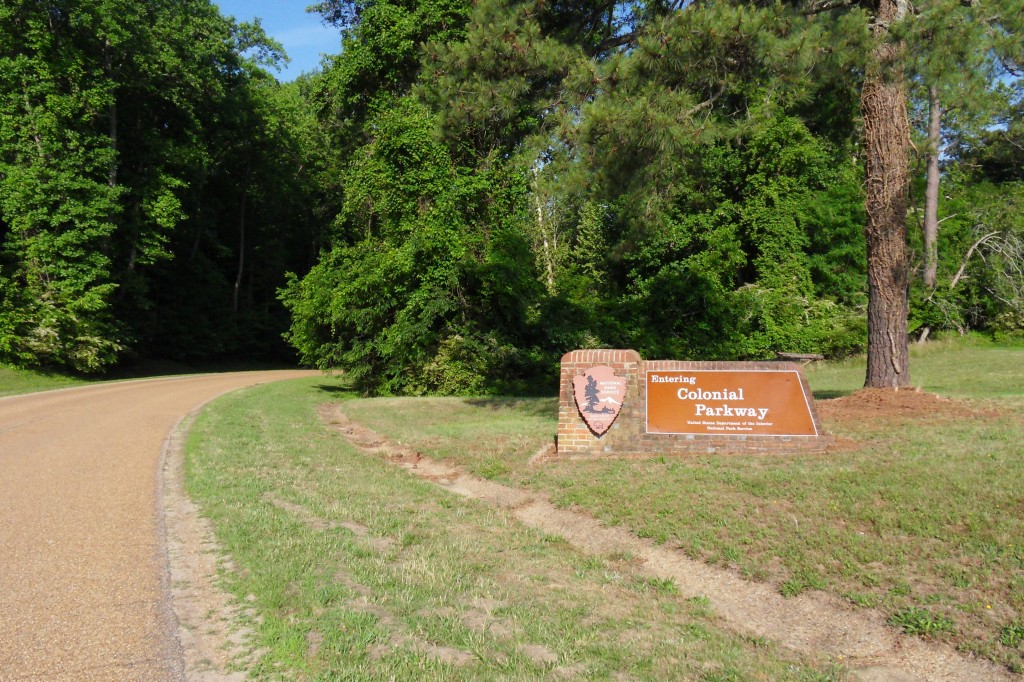 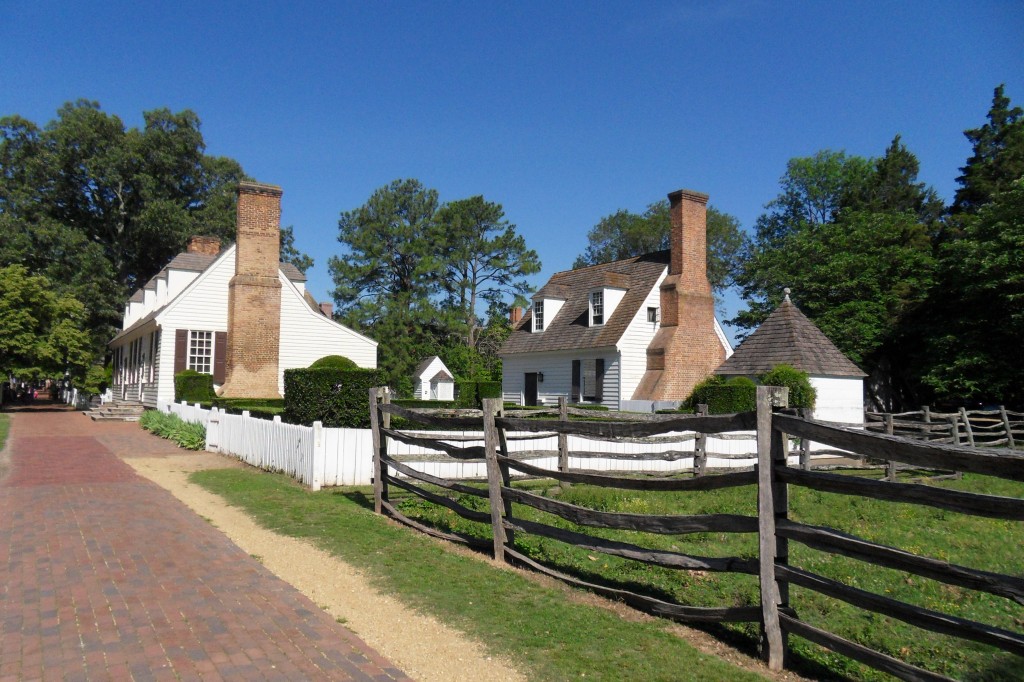 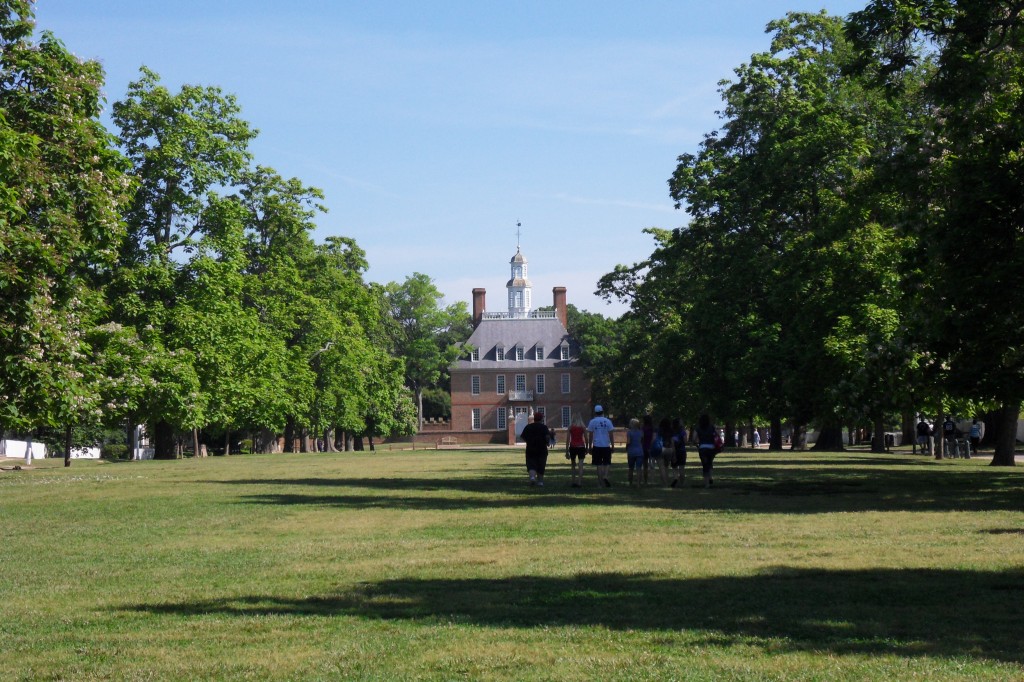 After pondering around Williamsburg I eventually got sick of all the kids on school trips so got back on the parkway only to find a detour had been put in place due to road works. It joined a busy road with trucks flying past me, luckily I had a pretty big shoulder and it only lasted around 8 miles. I took my first rest stop at an information point on the trail. I was sitting chewing down some energy bars when 4 local cyclist pulled up for a chat. 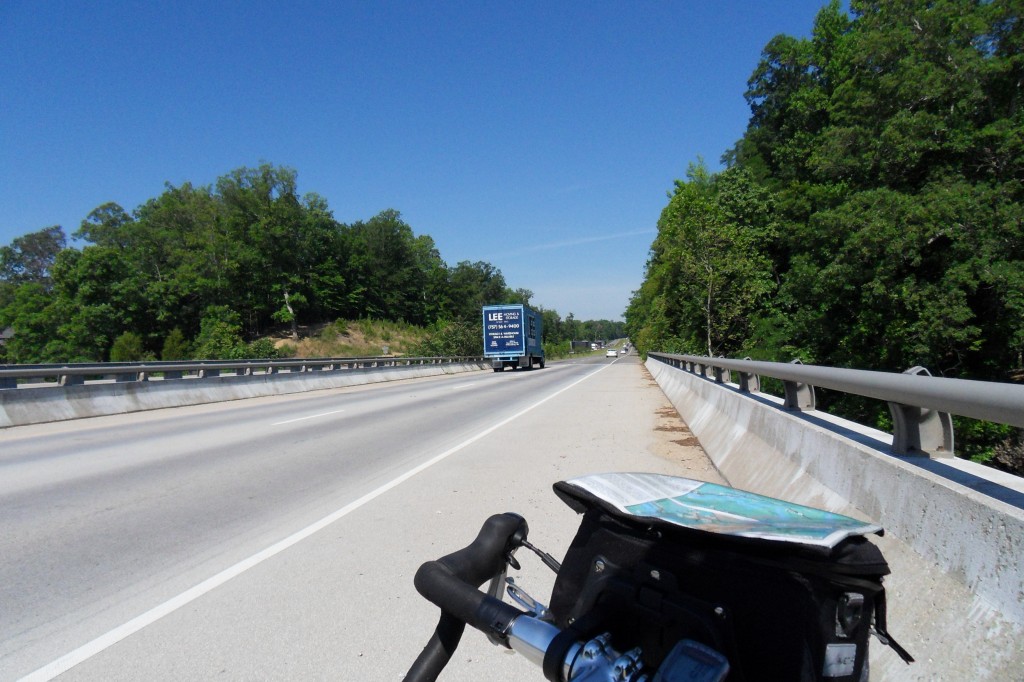 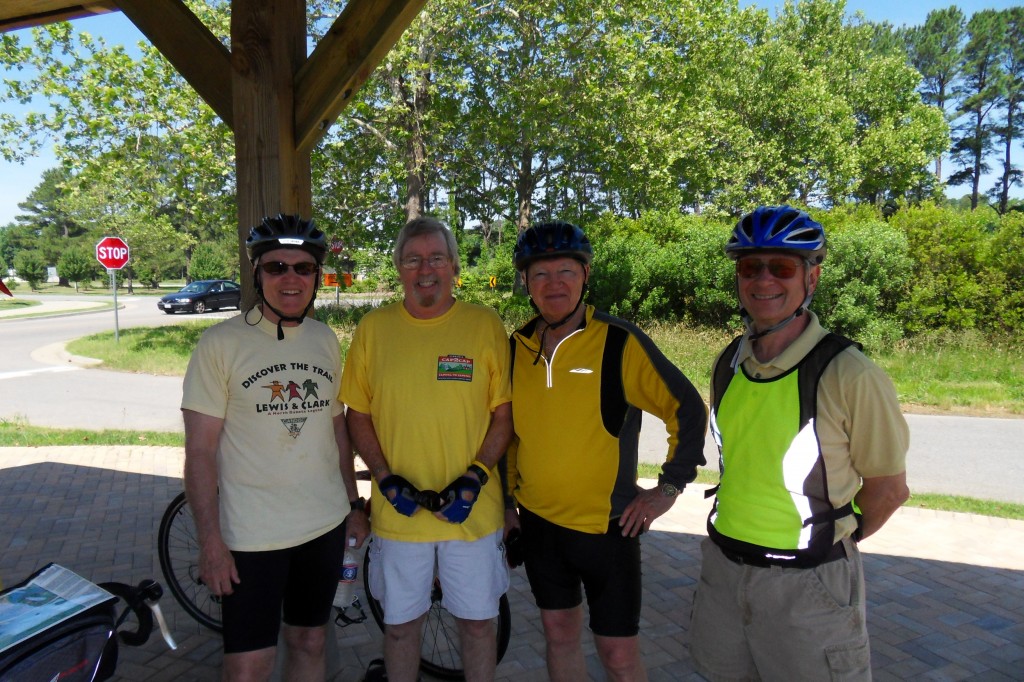 They were really excited about my trip and told me a little about the local cycle routes.  After this break I wasn’t really concentrating on the directions and took a wrong turn, I quickly realised what road I was on from my maps and turned around. Feeling pretty stupid I pedalled twice as hard to make up the couple miles.

Getting annoyed about a wrong turn in a car is one thing, but on a bike it can cost alot of time. I was soon off the parkway and onto the capital trail, a bike path that runs adjacent to the road through some more nice scenery. This continued for about 10 miles until I reached the Chickahominy Riverfont campground. 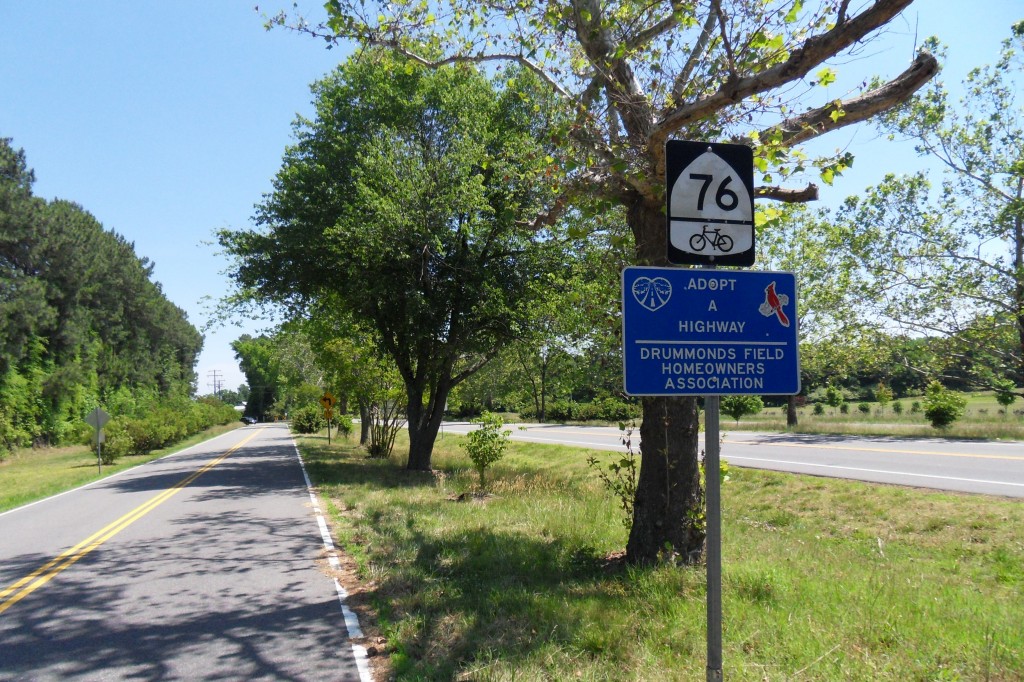 I was only going to stop at the store for a drink, but ended up getting food aswell. I then decided this place seemed pretty nice so bought myself a camp spot for the night. Only 35 miles in all but a nice day to get things rolling.

After pitching my tent, I took a shower then headed down to the small beach on the river and watched all the people driving their boats up and down. It seems more people are just here for the day rather than camping over because I can only see two other people with a spot, both RV’s. 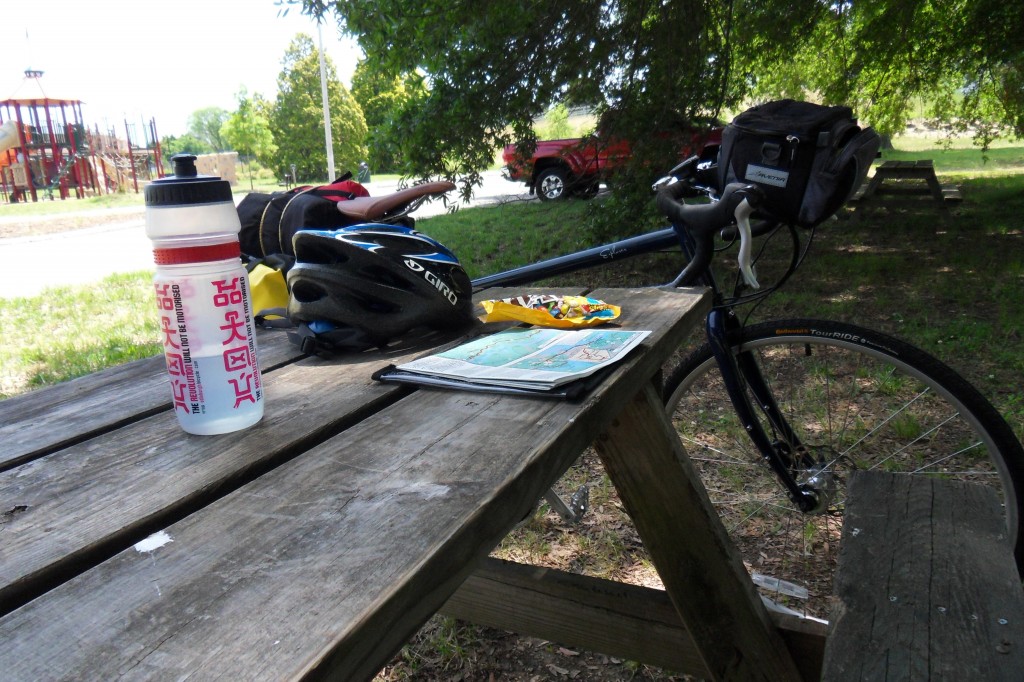 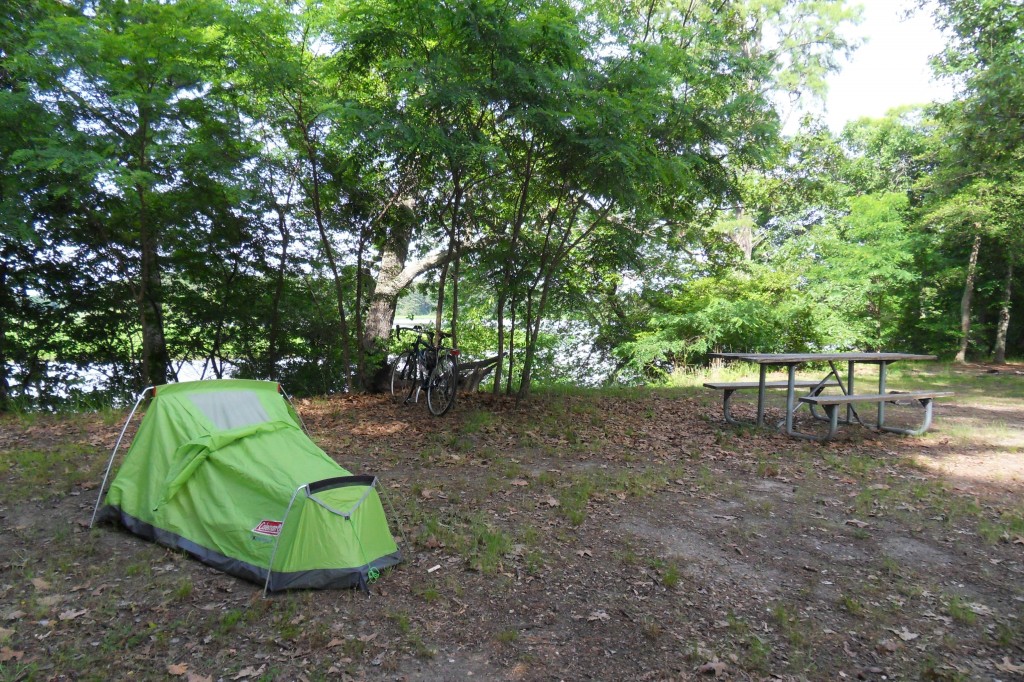 Then just as I’m thinking of settling down for the night with a supper of peanut M&Ms the women in the next spot wanders over with her dog Buddy, her name was Christie and she asks where I’m heading. When I reply Oregon, shes pleased and heads back into her RV and returns with a bowl of salad, salmon and cheese. I’m already overwhelmed, then she gets me a beer! an amazing sierra nevada pale ale. I couldnt believe the turn around in my night, just as I think things can’t get any better her husband Serg turns up with 2 kayaks and offers to go out on the lake with me. So we spend the next hour paddling up and down watching Bass jump out the water till sunset before heading back to finish food and beer.

Tomorrow I want to reach Ashland which should be around 70 miles, no wifi here though and I can’t check the weather or call home, but life is good.